Finally, There’s a Comedy Where Disability Isn’t the Punch Line 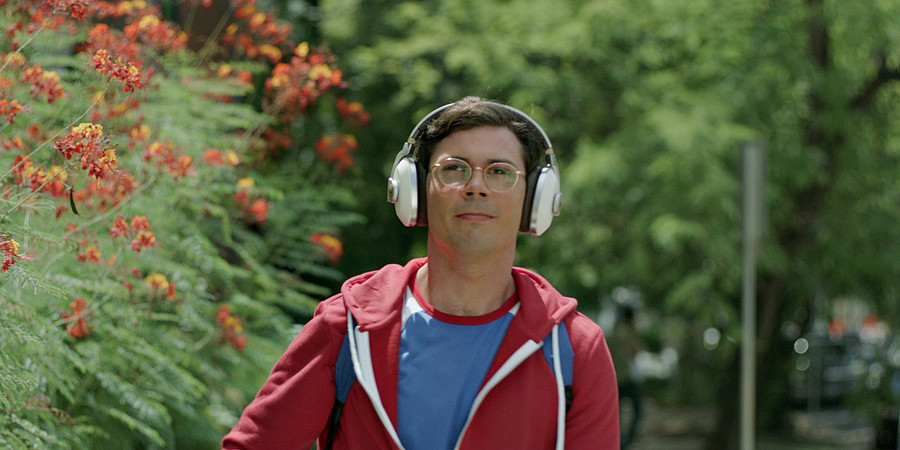 I love television because it helps shape perception of people from underrepresented communities. That’s one of the reasons I, a Black disabled woman with Cerebral palsy (CP), jumped at the chance to review Special, Netflix’s eight-episode adaptation of blogger and TV writer Ryan O’Connell’s 2015 memoir I’m Special: And Other Lies We Tell Ourselves. O’Connell, a white gay man with a mild case of CP, always intended to adapt his bestselling memoir because, as he recently told me in an interview for Bonobos, “the TV format has always been my first love.”

Special avoids easy assumptions and predictable storylines. There are no ham-fisted messages about self-love or people without disabilities playing O’Connell’s role, as is often the case in Like Me Before You, Million Dollar Baby, You’re Not You, and other TV shows and movies about disabled people. This divergence from traditional narratives about disability seems intentional, from the theme sequence zooming in on Ryan’s leg to the very relatable opening scene in which 28-year-old Ryan trips and falls, prompting a kid on a bicycle to ask him if he needs help getting up, and then asking him why he “walks so funny.” While Ryan’s encounter with a child he’d never met might seem overblown, I’ve had similar experiences with adults and some children in several clothing stores, though most didn’t run away screaming. Instead, they often expect me to stop whatever I’m doing to answer all of their intrusive questions.

In Walmart a week ago, a woman was unsatisfied when I simply told her I was disabled. She asked a few more questions that I ignored because I don’t owe anyone answers, especially strangers. Curiosity usually sparks these awkward conversations about CP, and Special captures both the humor and the frustration that often undergirds these interactions. That opening scene is a near-perfect look into how nondisabled people treat us when they don’t understand our disability.

There are clear differences in the tone, pace, and honesty of Special and the other TV shows and movies about disability. It isn’t a show about Ryan’s sacrifices. Instead, the show offers a protagonist who experiences insecurities that most people, disabled or not, can relate to. This specificity is due, in part, to O’Connell writing the show—a rare experience that’s not often given to other disabled people. Disability narratives are often told through the lens of people who’ve never had our experiences. At best, we are sometimes hired as consultants, but rarely given the reins.

In Special, Ryan is 28, living with his mother, and gearing up for an unpaid internship at a Gawker-inspired website called Eggwoke. He wants what we all want: a meaningful career, a loving romantic partner, and independence—and like many people in their late 20s, Ryan often gets in his own way. When Ryan sustains minor injuries in a car accident, he tells his new coworkers that the accident is the reason he limps. I immediately understood why he lied; I once desired to do the same. Nondisabled people often treat us like children who are just learning the basics. We are spoken to slowly in schools, gawked and laughed at in public, and stripped of our rights and autonomy in Congress. But Ryan underestimates his coworkers, including Kim Laghari (Putnam Patel)—the only person of color on Eggwoke’s staff—who quickly becomes one of his good friends.

Putnam’s comedic timing shines throughout the series, making Kim one of the show’s most refreshing and realistic characters, and the kind of friend Ryan’s always deserved but never had. Instead, his urgent desire to fit in at all costs leaves him with unsupportive friends from college who don’t care about him and don’t even bother to show up for his housewarming party. Ryan’s decision to befriend awful people only fuels his anxiety about his likeability—and convinces him that it’s better to lie about his limp than to admit that he has a disability.

When Kim introduces Ryan to her friend, Carey (Augustus Prew), he’s immediately smitten, but apprehensive about attending Carey’s gays-only poker night. He doesn’t outwardly express his anxiety, but it’s shown through his sideways glances, only speaking when being spoken to, and an unusual quietness that contrasts the bubbliness he displays in other episodes. This new social situation makes Ryan nervous, due, in part, to recognizing the differences in ability between himself and the other men at the poker table. When he’s asked to shuffle the deck of cards, Ryan hesitates but tries to shuffle by mixing the cards up on the table. Carey notices Ryan struggling and, without making any sort of direct eye contact, takes the deck from Ryan’s hands and starts shuffling. He doesn’t draw further attention to Ryan’s disability or make him feel out of place. His kind gesture further welcomes Ryan into his friend circle, and is the start of a caring friendship.

Though Carey has a boyfriend, he and Ryan remain friends and hang out often. It’s an enjoyable dynamic; Carey never pities Ryan to make himself feel good, a stark contrast to how friendships between nondisabled and disabled people are often portrayed onscreen. Most of these onscreen friendships—like that between Glee’s gym teacher Sue Sylvester (Jane Lynch) and her secretary Becky Jackson (Lauren Potter), who has Down syndrome—operate under the assumption that the nondisabled person “really understands their [disabled friend] when no one else does.” Becky has no real substance, other than carrying out Sue’s cruel pranks. Her Down syndrome is sometimes played for laughs and other times treated like the only thing worth knowing about her.

When she’s not being Sue’s sidekick, she usually says nothing. And in an episode where Sue is fired for bringing a gun to McKinley High that accidentally goes off, it’s revealed that Becky is the gun’s real owner. Sue sacrifices her job to protect Becky, which is supposed to tug at the heartstrings, but the episode really infantilizes Becky, especially when it’s revealed that she took her father’s gun to protect herself from the “real world.” In contrast, Ryan and Carey’s friendship reminded me of my own friendships. I don’t have a crush on any of my friends but there’s the same level of respect, laughter, kindness, and fun.

Their friendship—and the relationships Ryan forms throughout the series—challenges Ryan’s presumption that his new friends and coworkers will reject him because of his disability. After spending weeks convincing himself that his coworkers will pity and then ostracize him if they learn about his disability, Ryan decides—in the final episode of the season—to tell his coworkers the truth. His boss Olivia (Marla Mindelle) gathers everyone around Ryan’s desk after he tells her that the article he wrote about being hit by a car article isn’t actually true.

After explaining that he was hit by a car but that the accident didn’t cause his limp, he stands, the big-moment music swells like in all the best movies where the hero comes to an important point in the narrative, and then he says, “I have Cerebral Palsy.” They walk away from him as though his CP is no big deal. There are no follow-up questions, no pitying, no pushing to infantilize him.

He finds similar acceptance multiple times throughout the season; Carey kisses him at the bar after Ryan finally admits his feelings and the sex worker who Ryan gives his virginity to is unyieldingly kind and gentle with him. He tells Ryan to relax and reassures him that he doesn’t have to hide his CP because he has other clients with disabilities. When it is over, Ryan tells him that he will have sex with someone in the future that he doesn’t have to pay and the sex worker simply replies, “I know you will.” Ryan’s friends and romantic partners are in his life because they like him, but he constantly overthinks interactions and insists on not tying his shoes, though he knows that’s often the cause of his falls.

Ryan’s insecurities might stem from past experiences with ableism or a reasonable fear that bigots will consider him a burden. However, in the end it becomes clear that Ryan is the only person worried that disability will negatively impact his friendships, relationships, job, and sex life. By recognizing and celebrating Ryan’s autonomy, desirability, and worthiness, Special aims to humanize disabled people in ways that we have always deserved. The show isn’t a perfect mediation on queerness and disability; after all, it’s a semi-autobiographical comedy with 15-minute episodes. However, a second season could offer rich plotlines for disabled characters of color and continue showing experiences that are rarely shown onscreen, such as Ryan regularly going to physical therapy. But no matter what comes next for the Netflix comedy, seeing a thriving twentysomething gay disabled man onscreen is a special experience indeed.

Read this Next: Already Whole

by Ace Tilton Ratcliff
Disability discrimination is deeply ingrained in the fabric of our society and almost universally enforced by the stories we tell in the media we gleefully consume.