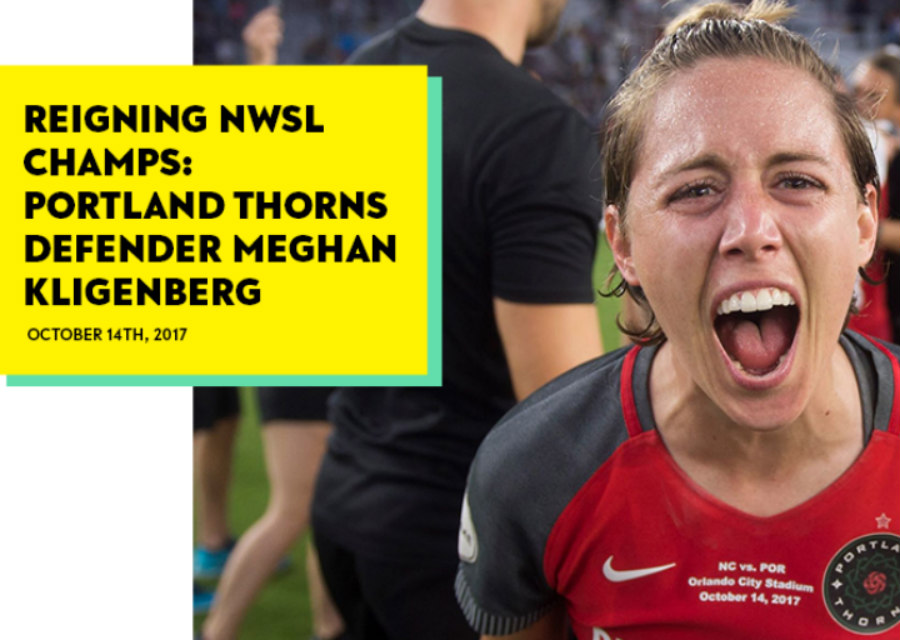 The Athletic is a Chicago-based sports-media startup that’s growing at breakneck speed. Since launching in 2016, the subscription-based publisher has grown to cover sports in 21 cities across the United States and Canada and made a lot of noise by hiring some of the most talented writers in the business. But as their coverage expands, there’s one topic that seems to be excluded: women’s sports.

A scroll through The Athletic’s homepage and subscription offerings offers little indication that women play sports. There’s articles about the U.S. women’s Olympic hockey team and a woman who works in the Philadelphia Phillies organization, but not much else. As Cheryl Reeve, head coach of the WNBA’s Minnesota Lynx tweeted last month, “Why would a subscriber-based sports medium that claims ‘full access to all sports’ limit its earnings potential by not covering women’s sports? The Athletic does just that.” But this isn’t just about The Athletic: Their lack of women’s sports coverage is emblematic of a larger problem within sports media. Whether it’s on TV or in print, women’s sports coverage pales in comparison to coverage of men’s sports.

Women receive only about 4 percent of all sports media coverage and television time has been estimated to be as low as 1 percent, according to the University of Minnesota’s Tucker Center for Research on Girls & Women in Sport. Yet, women comprise 40 percent of all sports participants and roughly one-third of major sports fans are women. There are professional sports leagues in the United States for women’s hockey (NWHL), basketball (WNBA), and soccer (NWSL). There are semi-pro tackle football leagues, like the Women’s Football Alliance (WFA). And for the 2014-15 season, 212,474 women played college sports and women were 43 percent of all college athletes, according to the NCAA. I could go on. In an email to me and during a discussion on KFAN last week, The Athletic said that they will add coverage of the Lynx to their Minnesota vertical when the WNBA season starts. But it’s still worth asking why women’s sports are put on the back burner as startups, like The Athletic, prioritize other content. 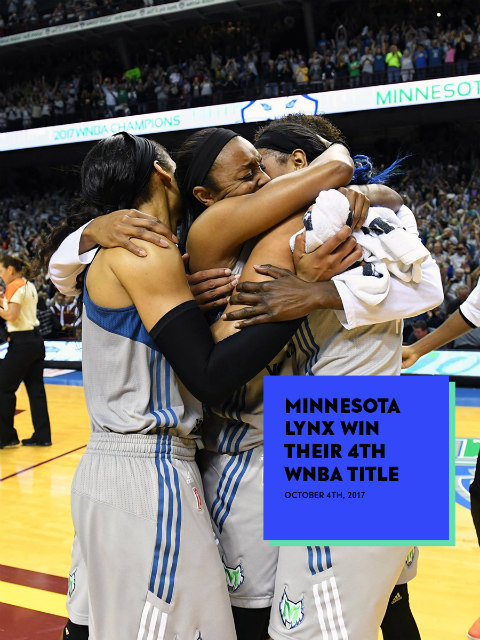 When asked about their lack of diverse hires in 2017, they said “give us time” (It must be noted that the tone of the comments, made by male writers and aimed at women, fall into the sexist trope of telling women to “calm down” and “be patient” when faced with erasure and making their legitimate questions seem irrational and unfair.) A legacy publication like The Washington Post, however, doesn’t have the same “we’re new and figuring it out” excuse. The menu bar on their sports page has options for coverage of Washington D.C.’s NFL, NBA, NHL, MLB, and MLS teams. You’d think there were no professional women’s sports in D.C—except there’s the Washington Mystics WNBA team and the Washington Spirit National Women’s Soccer League team.

When there is women’s sports coverage, it’s often siloed, as in the case of espnW. To give credit where it’s due, espnW provides the best and most comprehensive coverage of women’s sports and athletes while no other major sports network (NBC Sports Network, CBS Sports, or Fox Sports) has a platform dedicated to women’s sports. But ESPN doesn’t do a great job of cross-promoting its content to their main platform, and it’s still not equal to the coverage provided to male athletes since espnW focuses more on feature stories than results and statistics.

Coverage of women’s sports or women athletes is all-too-often about a woman who has broken barriers—the first NFL referee, the first girl to get a win in the Little League World Series—or the athletes are treated as novelties. But as Bleacher Report writer Natalie Weiner noted on Twitter, limiting coverage to just firsts “reinforces the idea that women’s success in sports is the exception, not the rule.” This, in turn, creates a self-fulfilling prophecy: By not providing coverage of women who are out there playing the game, the general public is not aware that they exist and therefore don’t have an opportunity to develop interest or investment in the leagues. 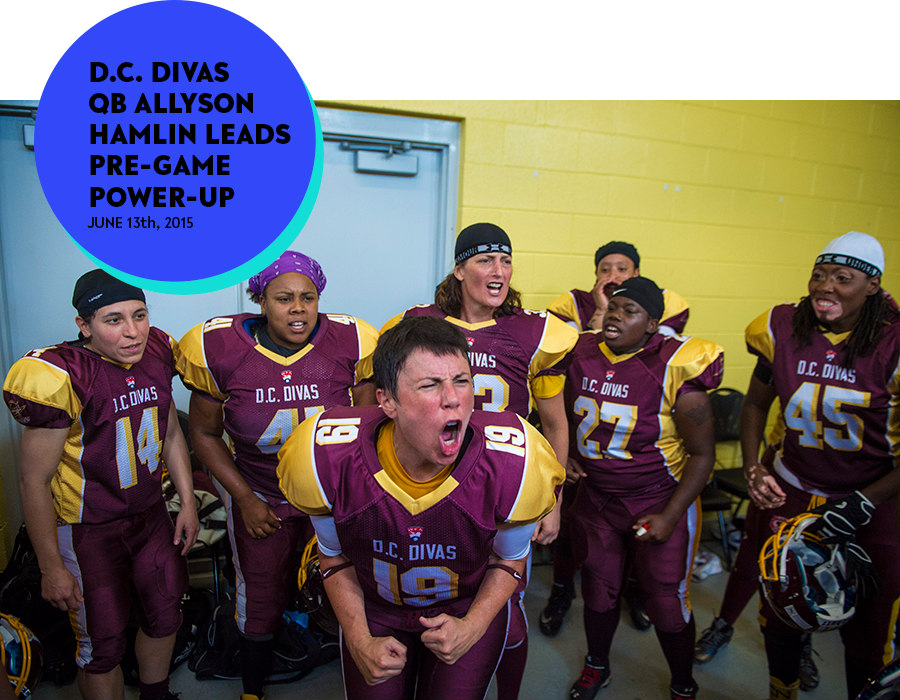 And that’s always the argument when the question of why there isn’t more coverage of women’s sports is levied: A chorus of people, usually men (who, it should be noted, largely run sports and sports media) whining, “No one cares about women’s sports.” But is that true? It’s a mistake to think that men don’t care about women’s sports: Only 28 percent of espnW’s audience is female, according to the 2017 comScore multi-platform report provided to me via email. Some of the only times that women’s sports receive national, primetime coverage are during major sporting events. During the 2018 Winter Olympics in Pyeongchang, South Korea, women received more NBC primetime Olympic broadcast television coverage than men for the first time ever in a Winter Olympiad, the third highest proportion for women’s athletics ever documented.

The women’s gold medal hockey game between the United States and Canada drew 3.7 million viewers, according to NBC. It was NBCSN’s best-ever late-night rating. The 2015 Women’s World Cup final was the most-watched soccer telecast ever in the United States, with 26.7 million viewers, topping the previous record of 26.5 million for the 2014 Men’s World Cup Final. Grant Salzano, the senior writer for BC Interruption, a site that provides coverage of Boston College sports, said on Twitter that coverage of women’s athletics provides good traffic for their site. “We quickly learned that not only is it something we enjoy doing, it’s also good for business,” he wrote.

Of course, while these numbers prove that there is an audience for large sporting events, regular season sports play out a little differently. In 2015, the WNBA averaged 7,000 fans per game. Meanwhile, for the same year, the NBA averaged 17,812 fans. However, it’s hard to leverage sustained interest when WNBA games get almost no television coverage; to watch games regularly, you must buy a WNBA pass and stream them online. Only 16 games were televised nationally last season. The NWSL showed a 9 percent decrease in attendance for their 2017 season despite it being their first whole season with a national TV platform. Lifetime aired games and averaged 93,000 viewers. However, the Portland Thorns attracted an average of 17,653 fans per game—more than 15 NBA teams, 13 NHL teams and one MLB team, according to the New York Times. 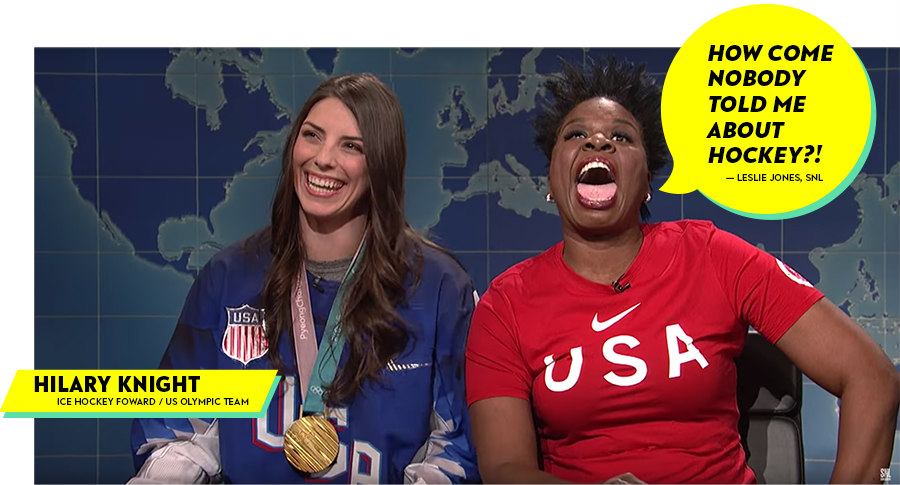 One could argue that these numbers aren’t exactly convincing. But the problem is that not a lot of people even know that the Lifetime deal exists. People who want to watch these sports have to go out of their way to do so; it generally isn’t made easy and accessible for potential fans. Lack of coverage directly contributes to lack of interest in these sports. That was a contributing factor to the recent folding of the NWSL’s Boston Breakers In a Letter to the Editor in the Boston Globe this week, reader Melissa Kenny said the paper played a role in the team’s demise. The Boston Globe cited low attendance and the loss of a financial backer as contributing to the loss of the team, but Kenny writes, “The region’s major newspaper barely mentioned the Breakers. Through eight seasons, you rarely printed season previews or wrap-ups and almost never provided game stories… [The paper] asks about the message the team’s failure sends regarding the value of female athletes. You’ve already answered that question in your pages: You don’t value them at all.”

The fact that the numbers are what they are, despite the lack of coverage, is a testament to how much of a market exists for women’s sports. “To those who say people don’t care about women’s sports, consider this: It’s quite remarkable that interest in women’s sports is as high as it is given a near total media blackout,” Lynx coach Reeve tweeted. “The more women’s sports are covered, the more demand there is, and the upward spiral continues.”

Siloing women’s coverage to just women’s websites isn’t the solution; the entire sports media world needs to commit to doing a better job of providing women athletes the spotlight they deserve. These things have real world implications: When there’s no attention given to women’s sports, stakeholders only see poor profits or low attendance records. In return, the women get paid dividends less than their male counterparts (in the case of the U.S. women’s national soccer team, even when they were a better team with a larger audience). This coverage gap reinforces the gender pay gap, which is even further exacerbated by the endorsement gap). It’s about representation and showing girls that women can and do play professional sports, but it’s about more than that, too—it’s about the systemic barriers that keep women and girls less-than-equal both on and off the court.

Yes, I’m saying that when a network decides not to cover a women’s athletic event, they’re contributing to unequal pay and the idea that women are not as good at sports as men, which leads to the devaluation of women athletes. I’m saying that when women’s sports are devalued, the athletes who play them end up being objectified and hypersexualized because their worth is not viewed through the lens of their athletic skill (as opposed to male athletes, whose worth is so filtered through how well they play that we’re willing to overlook things like domestic violence). I’m saying that deciding not to air a women’s sporting event further marginalizes women by reinforcing certain career paths for them and denying them the opportunity to break out of the boxes they’ve long been relegated to. Maybe that seems like a stretch, but I know that none of these things exist in a vacuum: The dearth of women’s sports coverage is directly related to the marginalization of women in all aspects of society. And every sports media company that participates in it is guilty.

Covering women’s sports may not be a moneymaker out the gate; there will be a growth process. But if networks and publications, like The Athletic, care as much about women’s sports as they say they do when they’re criticized, they should commit to doing better instead of getting defensive. “You’re being unfair for criticizing us, calm down” is not the correct response. “You’re right. We’re not providing the kind of coverage we could and should be. It’s something we are actively trying to change, and we appreciate the feedback about what you want to see from us” is.

Don’t keep waiting on the world to change; be the change. Change it yourself. We’re waiting. 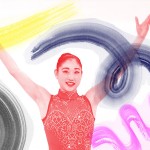