St. Vincent Turns Up The Volume On Herself | Bitch Media

St. Vincent Turns Up The Volume On Herself

Inventing a word is hardly a radical move for St. Vincent’s Annie Clark, an artist who’s reinvented herself on each of her past several releases, but the title of her fifth solo album, MASSEDUCTION is more disclaimer than pure creative whim. Misread it and you might see “mass education,” and it’s that, too. After four albums of art rock, this is the one where she’s finally coming for everyone’s hearts and minds. Like its title, the album itself doesn’t just acknowledge mass-appeal ambition, it revels in it.

Before MASSEDUCTION, there didn’t seem to be anything especially mass about Clark’s artistic ambition. Her first two albums under the St. Vincent moniker, Marry Me and Actor, established her as a virtuosic guitarist and playfully twisty lyricist, though her complex, often experimental arrangements resonated best with a niche audience. Strange Mercy broke through with more pointed songwriting that still maintained a sense of mystery, and her eponymous fourth release felt like the product of a cult leader with a romantic streak. But each album’s attention to detail occasionally came at the expense of immediacy: All the small, clever pieces sometimes demanded individual recognition instead of functioning seamlessly together.

MASSEDUCTION, on the other hand, is a torrent of emotion, marking St. Vincent’s foray into more accessible pop without losing the wit and inventive musicianship that drove her earlier work. Clark’s usual instrumental tangents are stripped back, making bold choices sound even sharper: Megawatt choruses and dance floor-devouring beats propel many of the album’s biggest moments, all with the glossy sheen of Jack Antonoff-aided production. Thankfully, much of the fun still lies in Clark’s guitar parts, which are equal parts riddle and riff, massively distorted and disguised with such a robotic chill that they often don’t sound like guitars at all. Clark is a wildly accomplished musician, but she opts out of obvious, flashy shredding in favor of treating the instrument more like a prop closet full of special effects and background scenery: the ominous growl of “Los Ageless,” the apocalyptic backdrop of “Fear the Future,” the come-hither funk of “Savior.”

Title track “Masseduction” serves as a mission statement, simultaneously celebrating and condemning the forces that move the album along: “I don’t turn off what turns me on.” It’s partially an investigation of Clark’s newfound level of celebrity, the combination of a promising career arc and a pair of tabloid-dogged relationships that pushed her from indie acclaim to Hollywood notability. “Los Ageless” addresses that experience most directly, pairing youth-obsession quips with a chorus that builds and crashes with the drama of a limelight-charged romance: “How can anybody have you? / How can anybody have you and lose you? / How can anybody have you and lose you and not lose their mind, too?” It’s not just a catchy, repetitive hook; it comes across as three separate questions, with Clark’s narrator putting a relationship on a pedestal, witnessing its destruction, and crumbling with it. 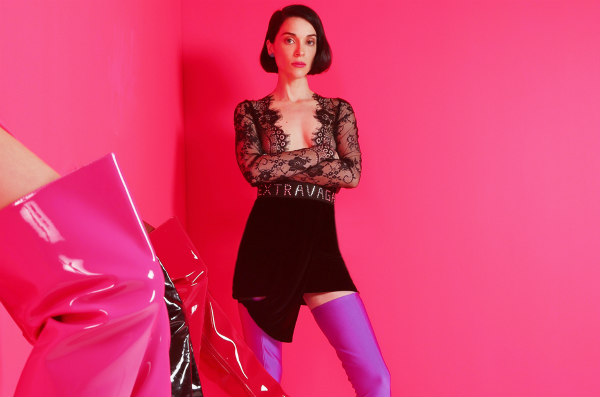 That crumbling, too, is a first. St. Vincent’s four prior albums had all been dominated by a sense of self-possession and poise that lasted through MASSEDUCTION’s press rollout, but the record itself delves into moments of loneliness, destruction, and feeling lost. “New York” veers far from Clark’s usual course, a mournful piano ballad about missing a confidante and a past life. “Pills” emulates a dark nursery rhyme, artificially upbeat with an electronic bounce while on a frantic journey “from healer to dealers and then back again/ from guru to voodoo and voodoo to zen.” Later, on disco-inflected “Sugarboy,” Clark chants a new mantra: “I am a lot like you/ I am alone like you”. Over the course of her career, she’s embodied many personas, but not once did any of them come close to like you. While those slightly superhuman illusions always elevated her creative choices in a Bowie-esque fashion, discarding that approach altogether might be her most refreshing transformation yet: Annie Clark as an icon in her own right.

The record’s darkest moments strike on “Happy Birthday, Johnny,” a quiet lament for a withered friendship familiar from past albums (St. Vincent’s “Prince Johnny”, Marry Me’s title track) and the anthemic, bass-throbbing “Young Lover,” which chronicles a partner overdosing in a bathtub. “Young Lover” is MASSEDUCTION’s true standout, summing up the album’s riskiest moves in a single song: vulnerable songwriting, an outsized, house-inspired arrangement littered with key changes that would feel triumphant under any other circumstances, a harrowing, wordless soprano vocal run that sounds on the verge of tears and requires a full instrumental interlude (“Dancing With a Ghost”) to recover from. It’s positioned as the climax of the album, which winds down with the violin-swept “Slow Disco” and the husky, masochistic ballad “Smoking Section.”

Together, the songs offer a drastically more cohesive personal narrative than any of St. Vincent’s past work, making MASSEDUCTION both an inviting starting point for new listeners and a clearer window into Clark’s world for longtime fans. While the personas of her earlier work served her well as muses, her latest album suggests that she’s just as powerful—perhaps even more so—without a shred of mystique. 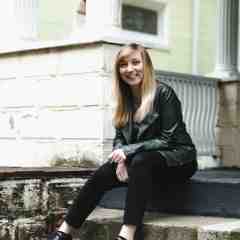 Numerous reviews of St. Vincent’s new self-titled album begin with a story about the way that the...