When It Comes to Reproductive Rights, We Need More Than Science on Our Side 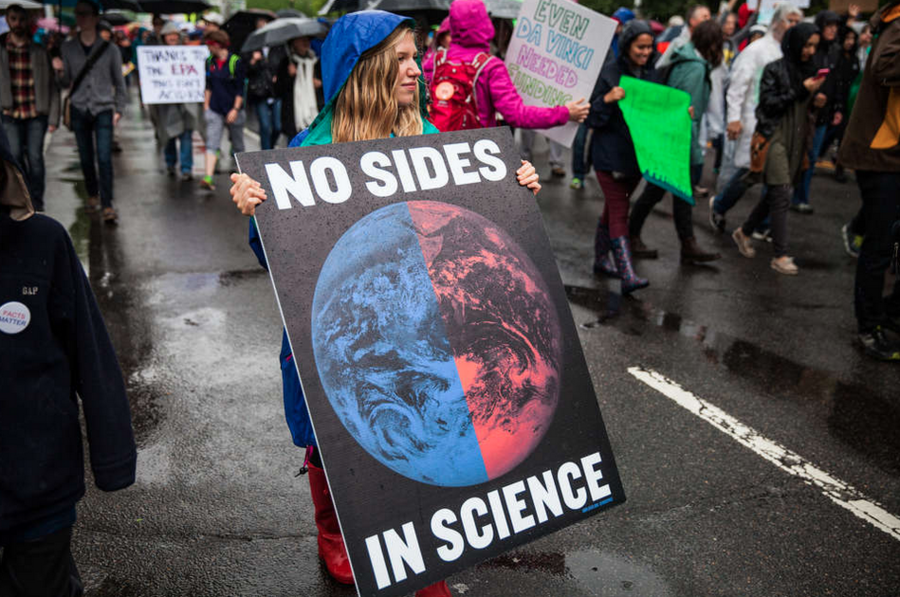 Photo courtesy of March for Science

My father was a particle physicist who sometimes visited my elementary school to give short demonstrations and lessons. He’d set up a pipe or a light or a dish of baking soda, talk for a moment, and something would happen—a fizzing, a flashing, a sound. This was extremely exciting to my teacher and to several of the boys in my class, but for me the experience was less than thrilling: I didn’t understand what my dad was talking about, and I remember vividly the day I asked him not to come back to school. I was embarrassed not to understand, embarrassed not to have inherited what so many people seemed impressed, even awestruck, by.

I know that my dad loved science in the way that I love poetry: He loved the questions and the mystery. He wasn’t arrogant and he didn’t embrace absolutes. He celebrated art: My paintings adorned his study, and we co-created a wacky novel when I was about six. And yet because of the way that others responded to his work, and because of the oohing and ahhing my teachers and friends’ parents did over the math whiz kids and the computer nerds (adulation that continues now that those same kids have landed jobs at Stanford and Google), I understood that ultimately, stories and drawings weren’t as important as experiments and scientific facts.

I’ve managed to unlearn that understanding over the years, but I haven’t stopped wondering why our culture places science on such a formidably tall pedestal, and what effect its primacy has. Since the 2016 election, commentators, politicians, and activists have increasingly invoked science as a way of pushing back against things like climate-change denial, fake news, and attacks on reproductive freedom. And while I share their grief and rage over pandemic environmental destruction, white supremacy, and misogyny, I’m not convinced that science in and of itself—particularly when it comes to sexual and reproductive politics—can get us where we’re trying to go.

Messages that equate reproductive rights with science have become a staple of liberal rhetoric. Back in September, a tidal wave of tweets and public comments from progressive leaders like NARAL, Planned Parenthood, and Elizabeth Warren criticized Brett Kavanaugh’s comments on contraception as “anti-science [and] anti-choice”; “extremist ideology—not science”; and “anti-woman, anti-science propaganda.” Those Twitter users who #standwithPlannedParenthood also frequently #standwithscience or #standupforscience. And just last week I received an end-of-year fundraising letter from Physicians for Reproductive Health that proclaimed, “You champion freedom. You believe in science.”

But people who don’t support reproductive freedom invoke science, too. Earlier this year, in a report for The Atlantic, Emma Green outlined how the pro-life movement has increasingly called on science—and become involved in generating research—that supports the understanding of embryos and fetuses as fully human. “These advances,” writes Green, “fundamentally shift the moral intuition around abortion. New technology makes it easier to […] imagine a fetus as a creature with moral status. Over the last several decades, pro-life leaders have increasingly recognized this and rallied the power of scientific evidence to promote their cause.”

“We must demand that laws and policies affecting people with the capacity for pregnancy be based on science, not myths, misinformation, and prejudice,” announced Lynn Paltrow in a 2017 Rewire article. But the fields of bioethics and biomedical ethics have long recognized the ways that science isn’t necessarily antithetical to myths, misinformation, and prejudice. Bioethicists, for instance, point to famous cases like the Tuskegee syphilis experiment to illustrate that scientific endeavors are always rooted in social and cultural contexts.

So what do we gain when we so zealously advocate for reproductive freedom in the name of science? More often than not, what we know as big-S Science has been defined and created by people who were not simply white and male but invested in white male supremacy. The ancient Greek philosophers from whom the basis for Western science springs taught that a male fetus develops a soul 40 days earlier than a female fetus; Aristotle believed that it was male sperm, not female eggs, that carried a developing embryo’s soul. Nineteenth-century scientific fact deemed that female “hysteria” was caused by pent-up sexual energy that only male doctors could relieve. American doctors and scientists also warned that “brainwork” like reading and education could stunt women’s reproductive capacities, while craniometry claimed to have located racial inferiorities in the size and shape of nonwhite people’s skulls.

We may believe that we’ve moved past such absurdities, but the contemporary scientific landscape remains riddled with classist, racist, and misogynist assumptions that have serious consequences. Current conversations about assisted reproductive technologies (ART), for example, tend to focus on the ethics of ART as it pertains to embryos, but less often—or, at least, less publicly—heed decades of research indicating that the implementation of ART, along with genetic selection, fails to contend with what scholar Dorothy Roberts called “the critical relationship between racism, neoliberalism, and reproduction.”

None of this is meant to deny that science has played a crucial role in breaking down normative beliefs about race, gender, ability, and more. But we should also allow that science has not always been an unequivocally beneficial tool in overthrowing forms of oppression buttressed by those beliefs. So though I am every bit as pained by misogynist laws as Paltrow is, I’m not so sure I’d want to see what laws based solely on science would look like, or what that would even entail. Take the embattled question of an embryonic heartbeat, which is really three questions: Does an embryo have a heartbeat? Does the presence of a heartbeat make an embryo human? And is abortion acceptable if the answer to either or both of these is yes? Science can answer only one of these questions.

One of the most prominent antiabortion websites claims that “It is a scientific fact that life begins at conception.” While some of us may bristle at such a claim, I don’t think it’s precisely right to say that such assertions are “anti-science” or “fake science.” The truth is that science cannot define something so complex and culturally mediated as “life”; what the antiabortion website gets wrong isn’t the claim about when life begins—that’s up to pregnable people and philosophers—but the notion about what kinds of information count as scientific facts. And yet I fear that those of us who advocate for reproductive freedom are getting that wrong, too, and using the word “science” incorrectly: What does it mean to “believe” in science, as one would believe in God?

The fields of bioethics and biomedical ethics have long recognized the ways that science isn’t necessarily antithetical to myths, misinformation, and prejudice.

It’s no surprise that those of us who care about reproductive freedom and access regularly scramble to prove that science is on our side. But to have truly ethical conversations and decision-making processes—like those explored at this month’s World Congress of the International Network on Feminist Approaches to Bioethics—we need to do more than “stand with science” or “believe in science” or claim that “science is real.” Not only do such claims border on the tautological, but they enact the kind of paternalistic absolutism that feminist bioethics strives to correct.

They also bypass the work being done in non-scientific realms. A veritable garden of artists, activists, and scholars are currently gathering, mining, and creating some of the information we most need to make ethical decisions in the realm of our sexual and reproductive lives. There’s poet Dorothea Lasky’s recently released Milk, which addresses pregnancy and miscarriage; there’s Krista Franklin’s stunning new multimedia project Under the Knife, which explores illness, Blackness, and embodied generational trauma. There’s Melissa Madera’s Abortion Diary Podcast, a treasure trove of firsthand, unmediated, unedited abortion storytelling. There are online communities like Holding Our Space that for those who have experienced pregnancy loss. There’s photojournalist Laia Abril’s On Abortion, which collects stories and images of women living in countries and within religions that criminalize abortion. There’s the Adoption Museum Project. These resources offer critical forms of bioethical information that would never be characterized as science, but whose content should have significant public consequence.

I didn’t always believe so fervently in the power and consequence of feminist philosophy and art. As a child, I often asked my father two questions: whether he wished I was a boy, and whether he hoped I would become a physicist. He always answered no to both, but I wonder now whether they were really the same question: a question about significance, about participation in collective decisionmaking, and about feeling needed by one’s culture.

Perhaps it is because science has for so long been wielded by privileged men and in the name of their interests that I find its supremacy in the realm of reproductive politics particularly troubling. Or perhaps it’s that, even if science could achieve pure objectivity and rationality, I’m not sure that those are always what we need when it comes to describing, thinking about, and ordering our sexual and reproductive lives. Science may be able to tell us that an embryo has a heartbeat or that it can be genetically modified, but we need others—teachers, philosophers, feminist bioethicists, artists—willing to do the difficult work of telling us what that means.

Read this Next: Undecided 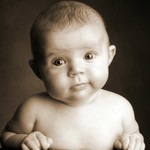 by Abby Minor
The temptation to chalk our decisions up to the whims of some larger, intangible force—God, evolution, DNA, nature, life—is a powerful one.