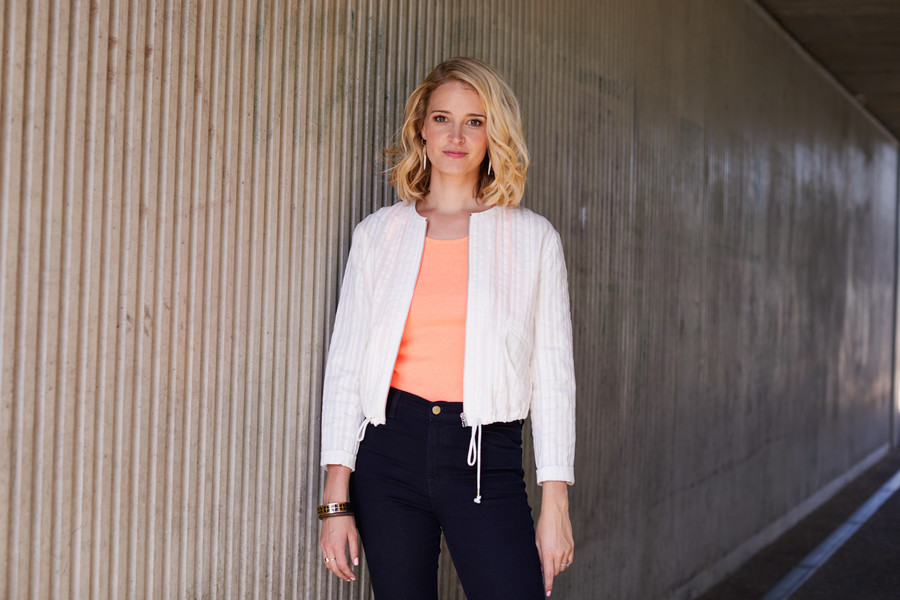 Stephanie Wrobel’s debut novel, Darling Rose Gold, is a mystifying read from the start: Rose Gold decides to take in her mother, Patty, after she’s been released from prison—for abusing Rose Gold. Her novel tells a gripping tale about the chilling psychology behind induced illness by carers. Bitch spoke with Wrobel about how mental illness complicates the perpetrator-victim dynamic. 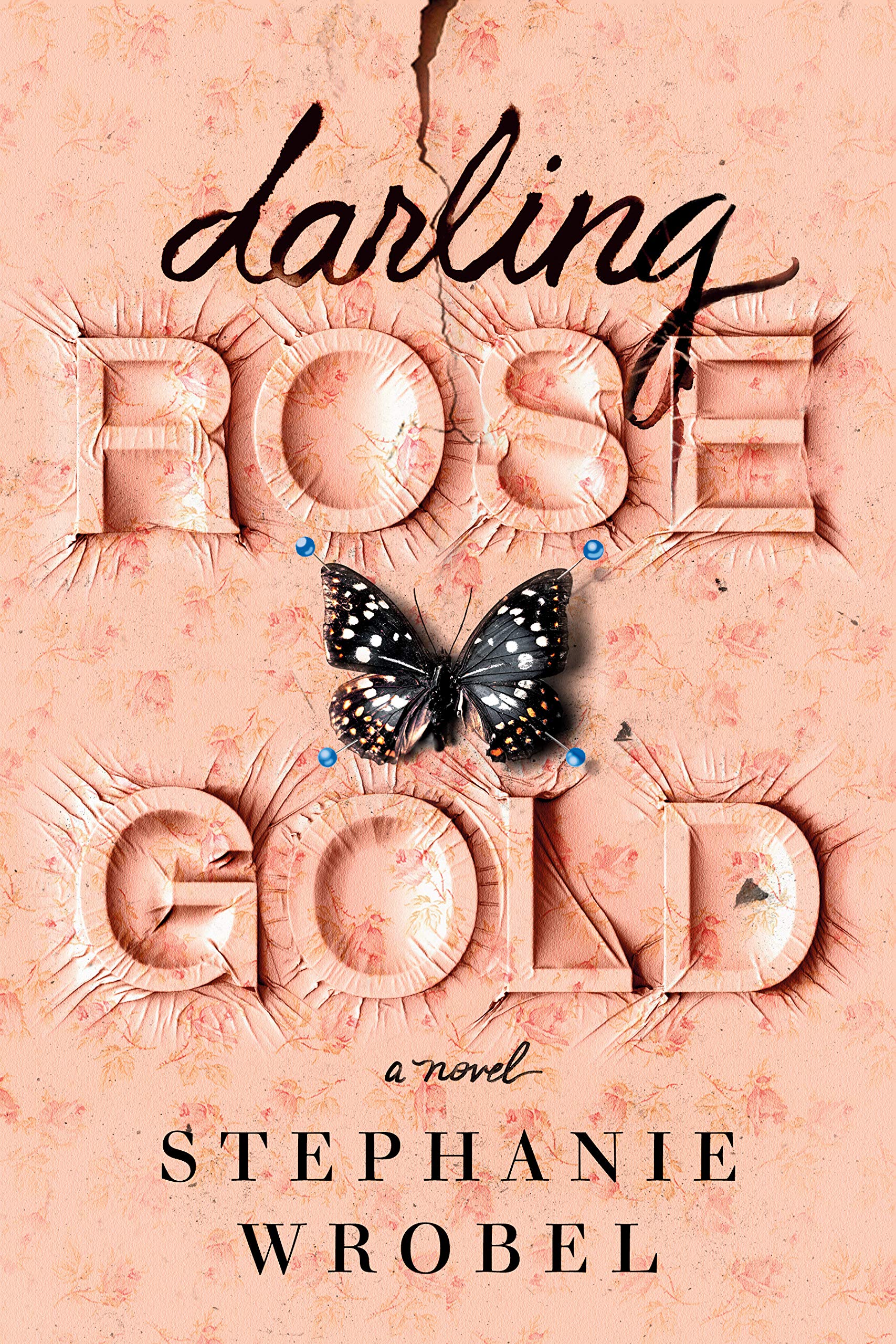 Darling Rose Gold draws influence from the now-infamous Gypsy Rose Blanchard case. Why did you want to tell a story about Induced Illness by Carers? How did you decide that suspense was the best genre for this particular story?

I first found out about Munchausen by Proxy from my best friend, an elementary school psychologist in Denver; she experienced it with some of her students and their parents. I was horrified, but also intrigued, so I went down this rabbit hole of research. I was shocked to find the perpetrators are usually mothers or women—most violent crimes are perpetrated by men—and this really stood out to me. I started reading first-hand accounts. You mentioned the Blanchard case, but the one that really drew me in was Julie Gregory’s 2004 memoir Sickened: The True Story of a Lost Childhood.

She was a victim of her mother’s abuse: There was this story in particular that she recounts when she and her mom are coming home from the doctor’s office. They’re in the car, and her mom says, “You were such a good girl today. You deserve a treat. Here, have a lollipop.” And she pulls out this box of matches and hands Julie a match. Julie’s a little girl; she doesn’t know any better. So she eats a match, and she doesn’t realize it’s one of the things making her sick. That story stuck with me and has haunted me for more than two years. What’s going on inside the head of someone who can justify this kind of behavior? That [question] was the impetus for the story. I wanted to get inside of Patty’s head and figure out: Does she know that she’s lying? Does she think she’s doing what’s best for her child? I think that lends itself to a suspenseful nature. Because they’re inherently unreliable and very accomplished liars, I think that leaves both the characters around them as well as readers in an uneven footing.

What does your novel’s forgiveness arc say about the victimizing nature of sickness?

This illness blurs the line between the perpetrator and the victim because people with MSBP were almost always abused or severely neglected [when they were] children. We have less sympathy for perpetrators when their illness hurts someone else. It’s tough. It’s easy to demonize Patty, but she also has her own backstory and complications. There are reasons that she acts the way she does. If I did my job right, that [nuance] will come through.

Your book’s twist is at the beginning. Why did you decide to start the book this way?

Many of us have read books where MSPB is the twist. The child is sick, but we’d never guess it’s the mother’s doing because a mom is supposed to be loving and caring. In order to get inside the head of someone with MSBP, you have to tell [readers] at the beginning. I was interested in the psychology behind the abuse, the why.

Rose Gold takes her mother in after she’s released from prison. What does your book posit about mother-daughter relationships, especially when trauma has so heavily shaped one?

Women [are] supposed to be caretakers—an expectation [placed on them] before they even become mothers. While most mothers and daughters don’t have the experiences that Patty and Rose Gold share, there are some more universal themes [in their dynamic]: Mothers want to be needed, but there’s less of that as their children age and become more independent. I sought to examine universal mother-daughter themes, as well as mothers and daughters who’ve had extremely traumatic upbringings.

[Ultimately], the aspect of trauma just makes it harder for them to have a functional relationship. Neither of them have had a functional relationship modeled to them so the odds are stacked against them to begin with. With regard to Rose Gold, without giving anything away about what comes later in the book, Patty’s behavior is the only behavior that’s been modeled to her for her entire childhood. She was socially isolated. All of Patty’s behavior has been internalized as normal when we, the reader who grew up outside of that little world, know that it’s anything but normal.

The novel alternates between Rose Gold and Patty’s point of view. Why was it important to give Patty a voice?

My original concept prioritized Patty. For me, Rose Gold was the additional character, which is funny because she’s the titular character.  I decided to add Rose Gold [because] Patty’s a liar, and she’s quite unreliable. To only hear things from her side of view would be such a slanted version of reality that [readers] would walk away not knowing what story really, at all, and if [what you’d read] was true. Also, because Rose Gold’s timeline is five years before Patty’s, you gain a lot of backstory and critical emotional changes that Rose Gold goes through that you wouldn’t have gotten if it had just all been from Patty’s point of view.

In the case the book is inspired by, Gypsy Rose convinces her boyfriend, whom she met online, to kill her mother, Dee Dee. How did you approach exploring and humanizing such fraught individuals?

Empathy is the biggest tool in a writer’s tool kit. You shouldn’t have a point-of-view character or narrator who you can’t find any redeeming qualities. Characters are less interesting if they’re just purely bad or purely good. In real life, I can’t think of anybody who is 100 percent good or 100 percent bad. We’re all different shades. To humanize Patty, I chose to minimize the evils she had done and tried, instead, to see the world from her point of view. She thinks that humor is important. She likes to take the wind out of people. Though she does horrible things to Rose Gold, she also truly loves her. She’s devoted her entire life to her child. She has no job and no relationships outside of [mothering Rose Gold].

[Look at the] Gypsy Rose and Dee Dee Blanchard case. It’s easy to take the headline and say, the daughter had her online boyfriend kill the mother. But then think about all the neighbors who had no idea. They thought this mother-and-daughter [duo] were just the kindest people. It’s not like they were total recluses, so surely they had some redeeming qualities. [As an author], you have to focus on those things because the horrible things they do are so easy to bring out. Hunting a little deeper for what makes them human and good is important.

While most mothers and daughters don’t have the experiences that Patty and Rose Gold share, there are some more universal themes in their dynamic: Mothers want to be needed,

The overbearing mother trope has inspired many thrillers. What makes a corrupt mother so terrifying?

The mother-child bond is supposed to be sacred; our mom is always going to be there for us, even when we’re failing, even when we’ve messed up. [But] that’s not the case in many relationships. There’s something so chilling about that relationship going haywire. When you have a Patty or [the mothers in] Carrie or Sharp Objects, it’s [even] more chilling because somebody who brought you into the world is now ruining it.

Rose Gold is a very interesting character. I’m not going to spoil the ending, but she’s interesting because of the way her mother mother imprints on her. What do you think that says about the complex nature of survivorship?

It gets a lot into this nature versus nurture idea, which I’ve always been really fascinated by. How much of who we turn into is within our own control? You could draw whatever conclusions you want based on how Rose Gold turns out. But when you’ve had certain behavior modeled to you your entire life, the way you survive is based on what you know. Rose Gold does what she has to do in order to survive, and she doesn’t have a lot of other options available to her. She starts out trying to walk more of an ordinary path, but if we were to have one or two of the things that happened to Rose Gold, let alone all of them, [happen to us] we would start to lose faith in humanity. In the end, she throws her hands up [because she] doesn’t feel like she has a lot of options.

Darling Rose Gold is your first novel. What was the biggest lesson you learned from publishing a long-term project for higher ed for the first time?

I got pretty lucky in that things went fairly smoothly for me once I signed with my agent. A lot of other writers have asked, is it hard being edited? Keep in mind that once a publisher has signed on to a deal, you all want the same thing, which is the best story to come out. The book improved so measurably once my U.S. and U.K. editors got involved. Never be afraid of feedback. So many people offered feedback along the way, and it really helps. Once you’ve looked at your manuscript for the thousandth time, it’s very hard to see anything with fresh eyes.

Do you plan to continue exploring writing suspense novels or are there other genres you’d like to explore?

I’m working on another suspense novel; I feel at home in the suspense genre. But I’ve always been a big reader of contemporary fiction. I like dystopian fiction and historical fiction a lot. For the time being, I’ll probably stick with suspense, but I definitely have interest in branching out in the future. 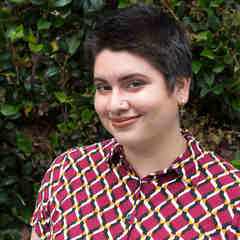 Raquel Diaz is a recent graduate of Reed College, where they majored in English literature major. They wrote their senior thesis on how love and desire is contextualized in Wong Karwai’s films. They have also interned at the Academy Museum and the National Association for Latino Independent Producers.