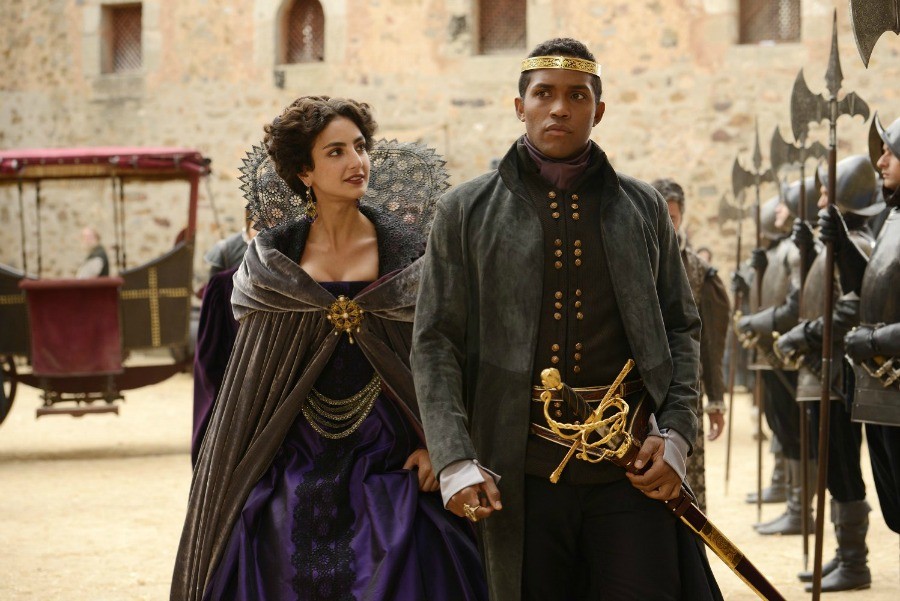 Shonda Rhimes’s newest show, Still Star-Crossed, is a reimagining of Romeo and Juliet that explores what happens to their warring families in the wake of their demise. The show attempts to elevate its retread of a familiar story by racebending several of the characters, but unlike The Handmaid’s Tale, the ABC drama succeeds. The diverse cast is reminiscent of the 1997 adaptation of Cinderella starring Brandy and the late Whitney Houston, but the show is more intentional about its choices by smartly integrating the race of the characters into the plot.

The premise is simple enough: After Romeo and Juliet die, Prince Escalus (Sterling Sulieman) decrees that their cousins, Benvolio Montague and Rosalind Capulet, will wed in an attempt to join the families and finally have peace in Verona. Like Shakespeare’s original, the warring Capulet and Montague families are led by older white men fixated on continuing the legacy of their great houses. In this universe, power remains with white landowning men, where we have historically understood it to be. Escalus, a young Black man inheriting the regency from his recently deceased father, is the contrast.

Still Star-Crossed posits that the most powerful men in the city are obliged to pay their respects to a Black boy who wields political power over both of them. Both patriarchs note that the young prince is untested, and attempt to sway him to their side,  a subtle, but clever reversal of the ugly way that white men have historically infantilized grown Black men by calling them “boy.” 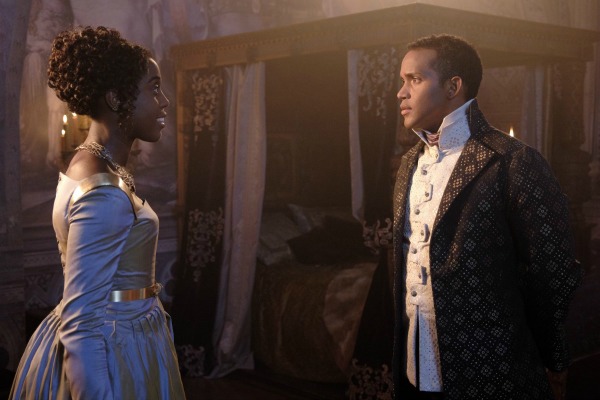 Romeo and Juliet also offer contemporary parallels. Juliet, the “Flower of Verona,” is a young, able-bodied, conventionally beautiful white woman. Even in a multiracial city, the most beautiful girl is still the embodiment of white femininity. Romeo, however, is portrayed as a young Black man, which adds a layer to the pushback against his union with Juliet. His blackness is also seen as a threat to Montague blood because it “taints” Juliet’s purity and virtue, an idea reinforced after it’s revealed that they’ve consummated their marriage. Romeo’s suggestion that he is Juliet’s rightful husband evokes anger in her white suitor Count Paris (Torrance Coombs). “Do not lie about the virtue of the dead!” he says. Even in death, there is a investment in Juliet’s virginity, which echoes the presumed danger Black men historically posed to the virtue of white women. Juliet’s sudden death is immediately attributed to her association with Romeo, despite the fact that they were in love and he did not harm her.

These racial allusions are expertly weaved through other parts of the story as well, including Benvolio and Rosalind’s union. While Benvolio eventually agrees to marry a Capulet lady, he remarks that he will not marry a “harpy,” playing into the idea that Rosalind, a dark-skinned Black woman and Juliet’s first cousin, is uniquely undesirable. Though Rosalind and her sister Livia are high-born, their blackness makes them vulnerable to Lady Capulet’s cruelty, in whose home they now live as servants. This draws a clear parallel to slavery, in which mulatto slaves served their own families in the Big House. Rosalind and Livia are tolerated because they’re family, but are also held at arm’s length and subjected to abuse because they’re Black.

Even Juliet treated Rosalind as a servant and scapegoat. In this extended metaphor, Lady Capulet’s dedication to tormenting Rosalind and Livia places her firmly in the role of “Miss Ann.” A middle-aged white woman, her jealousy and resentment of the sisters is the defining point of her character. Her resentment of Rosalind’s mother, presumed to also be a Black woman, manifests in her cruelty toward the girls. She even blames Rosalind for Juliet’s death, and frames her as both Juliet’s keeper and corruptor. No longer high enough in station to marry well, Rosalind has her heart set on joining a nunnery. This betrothal means that she has lost the minimal freedoms granted to her by her lowered station. 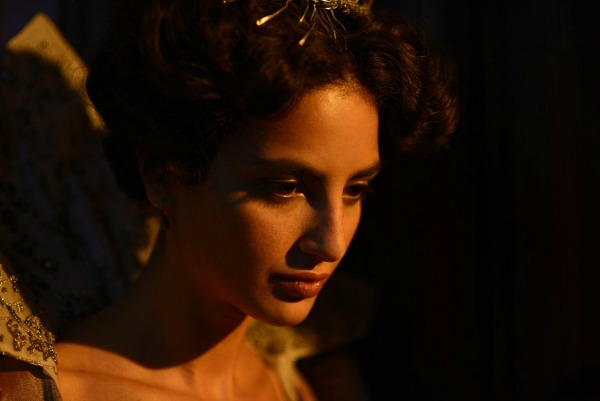 On the other hand, her sister Livia desperately wants the life she was promised that remains denied: a husband, children, and her family name. In this way, it is easier for Lady Capulet to manipulate her affections; she can understand and relate to Livia’s desires, and doesn’t understand Rosalind’s decision to forgo them entirely. But even as a Capulet, Livia’s Blackness denies her the basic privileges her femininity should grant her access to. When Count Paris shows romantic interest in her, she rebuffs him, noting that she may be a maid, but she’s “still a lady.” Livia is never allowed to forget her position or make her own romantic decisions because she is aware of the high stakes involved in any possible future marriage. She cannot afford to flout convention the way Juliet chose to because she is twice disadvantaged.

Prince Escalus essentially “sells” Rosalind to the Montagues to join the two families. It’s a move that is heavily encouraged by his sister Princess Isabella (played by Iranian actress Medalion Rahimi.) In addition to the gender connotations of women as chattel, there is an added racial dimension of Black women specifically as mules and property. Complicating this dynamic is the fact that Escalus and Rosalind were lovers before she was orphaned, and she begs him not to insist on the union. “Selling” off a former lover at the behest of his lighter-skinned sister recalls the ways slave “mistresses” were often sold at the behest of the Lady of the house.

The show’s narrative makes it clear that servants are not slaves and that Rosalind and Livia’s fates are tied more closely to their family name than to their social standing, but Rosalind’s upcoming marriage is still explicitly discussed in the language of commerce. After all, a sale by any other name is still a sale. While marrying off a servant is unheard of, it would have been required of the girls had they remained Ladies in good standing. Lord Capulet sees Rosalind as a commodity to be leveraged for his house’s fortunes and while she isn’t technically property, being a woman of the time limits her freedoms, and being Black adds another layer of oppression. Rosalind smartly maneuvers to raise Livia’s station in exchange for her compliance to the Montague marriage, similar to the way former slaves would purchase their families out of enslavement.

While the multiethnicity of the characters is never explicitly mentioned, the show trusts the audience to ferret out the parallel meanings it presents. The racial dynamics of the story are explicitly engaged with in a way that adds a familiar layer of interpretation. Still Star-Crossed demonstrates that it is possible to diversify the stories we tell, including the ones we may not usually think lend themselves to diversity. While it would be reductive to say that it’s an easy objective to achieve, the show does demonstrate that with specific commitment, we can infuse old stories with new relevance by using them to smartly interpret or critique a contemporary moment.

Relevant: “How to Get Away with Murder” Gives Us a Female Antihero We Can Root for 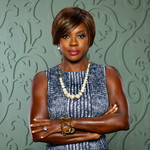 by Kelsey Wallace
As a Black woman, Annalise Keating packs just as potent a combination of sex appeal and unlikability as Tony Soprano or Don Draper with the added bonus of not being a white dude.