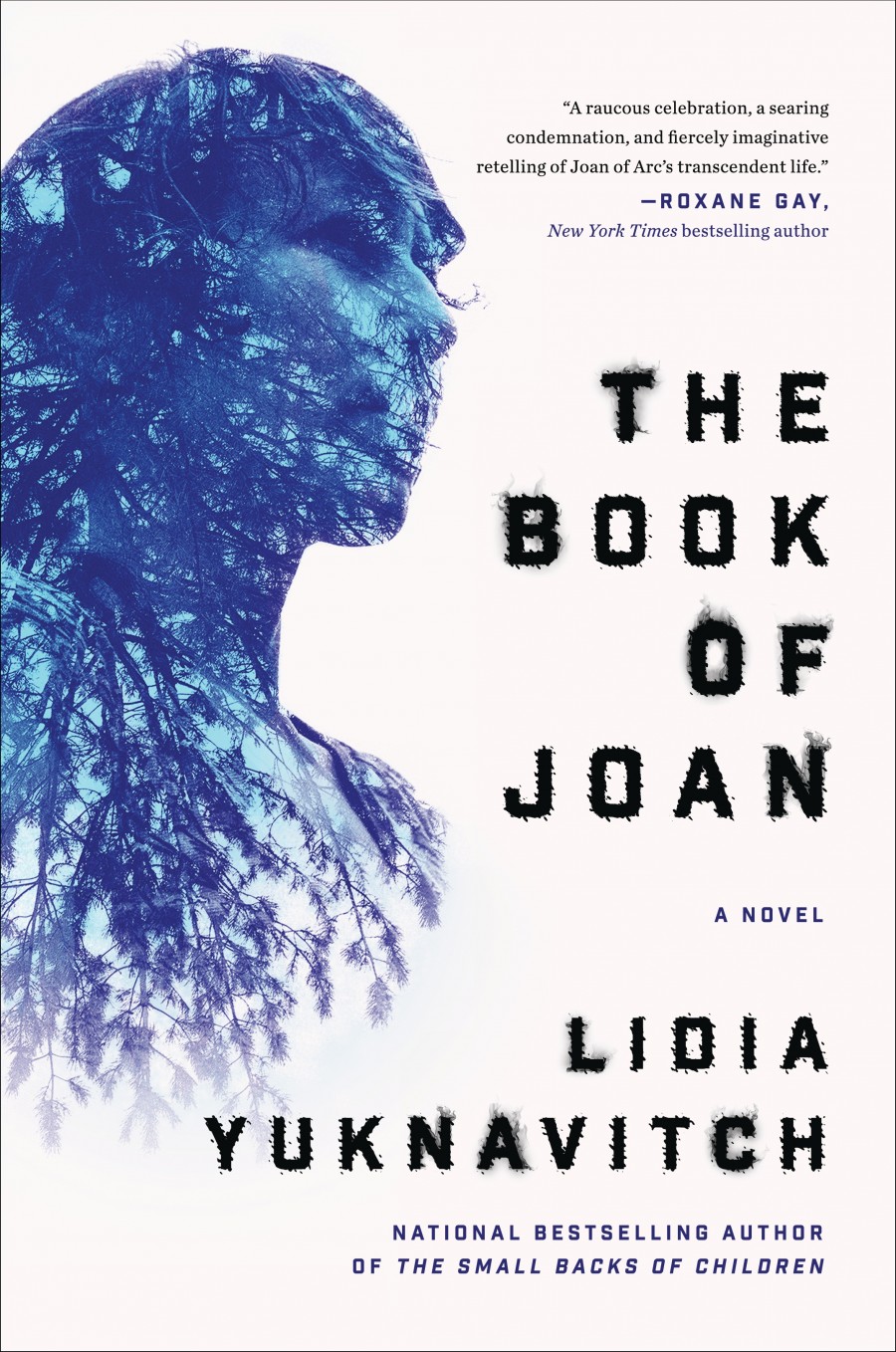 When’s the last time you thought about the stories your body holds? The scars, the tattoos, the stretchmarks and tendernesses and tightnesses, the aches and urges—the corporeal wisdom we carry through the world each day is its own sort of narrative, each as unique as the body it inhabits. But what if all our bodies looked the same? What if the radiation of geocatastrophe stripped us of our physical markers—turning us pure white, genderless, hairless, unscented, completely devoid of the base intricacies that define us as human? This is but one of the premises of Lidia Yuknavitch’s incendiary new novel The Book of Joan. As a reimagining of the story of Joan of Arc (the 15th-century French warrior and Roman Catholic martyr/saint) the book is set in a near-distant dystopia, and explores new frontiers of gender, power, and survival. With characteristic wildness, Yuknavitch explodes some of our most dear cultural narratives: by stripping her characters of gender, by altering their physicality to the point of barrenness, by reimagining romance, she reinvents the stories we tell ourselves about what it means to possess a body and fall in love.

Circa 2049, Christine Pisan—narrator and storyteller of part of this vivid, visionary book—is a resident of CIEL, a vessel that floats in the atmosphere,  siphoning off the earth’s few remaining resources to ensure the survival of a privileged few. Christine is a skin graft artist, intent on using this skill to blow up the dominant paradigm. Skin grafts are “the new form of storytelling… a distant descendant of tattoos, an inbred cousin of Braille,” a  means of branding the skin with elaborate puffed-up burns. For CIEL inhabitants, the grafts are a form of protection—they distinguish worth and social class— and a form of solace—most popular are romance grafts, feeding these stripped-down beings’ last, unattainable wish for love. For Christine and a small group of revolutionaries, the grafts become spectacle and provocation, a new religious text, a radical form of resistance.

The grafts are a story within a story within a story—a meta-narrative, the means with which Christine raises Joan of Dirt, martyr, from the “dead.” At this moment in time, as Christine faces her final year aboard CIEL before “aging out” (a death enforced at age 50, meant to limit one’s “threat to resources in a finite, closed system”), the skin stories she has spent her life perfecting become her masterpiece. In doing so, Christine’s body subverts the CIEL paradigm, and becomes a tool of insubordination.

Only the truly privileged live aboard CIEL, a new “ecosystem” controlled by Jean de Men, an “opportunistic showman [turned] worshipped celebrity [turned] billionaire [turned] fascistic power monger.” Sound uncannily familiar? A lot of what Yuknavitch has set down here is remarkably timely, almost prophetic. Here is war without end and poisoned land and the loss of empathy. Here is earth as a “dying ball of dirt.” It’s not too far from the reality unfolding around us every day. And here, also, is unchecked power and greed. Christine says, of Jean de Men’s uninhibited rise to ruler, “People are forever thinking that the unthinkable can’t happen. And then, in the blink of an eye, in a moment of danger, a figure who takes power from our weak desires and failures emerges like a rib from sand.” Yuknavitch’s vision hits really close to home.

Yet, there is hope, as there must be in all revolutions. “Rage-mouthed” Jean de Men’s wish to play god—remember, this is the leader of a ship that has literally ascended above earth, lording over it with a destructive, entitled hand—is threatened by Joan of Dirt. His attempt to vilify her, persecute her, burn her at the stake failed, though most CIEL inhabitants don’t know this, thanks to state-enforced propaganda. Joan is actually quite alive, cave-hopping with her best friend and beloved, Leone. Burned and dirty and riddled with guilt, Joan hasn’t given up. She and Leone are searching for rumored survivors, using what guerilla tactics they have available to destroy CIEL’s “skylines,” the means by which resources are attained. The surface of the earth is scarred beyond recognition, but life has retreated below ground, “thriving beyond imagination. A whole verdant underworld defying the decay of the world above it.” What better metaphor for resistance? What better symbol for hope?

Joan, though even she doesn’t quite understand how or why, is inextricably bound to the earth. The potential bound up in her body becomes its own sort of love story. In fact, The Book of Joan is filled with love stories that defy conventional narrative. As Christine says in regards to Trinculo—her beloved, even if their bond has little to do with sex: “Every time I see him…I think of all the love stories that go untold. The broken love stories, the damaged ones, the ones that don’t fit the old tropes. Did any real life love ever fit a trope?” Christine and Trinculo’s connection, like Joan and the earth’s, doesn’t fit the standard trope, and yet, it is these loves that change the course of history in The Book of Joan.

Despite the strange minimalism of the CIEL bodies and the stripped-bare survival-bodies of Joan and Leone, The Book of Joan is visceral. Christine’s opening description of how to make the grafts will rouse your own skin in sympathy; Joan tastes the lifeless dirt of the earth and compares it to lunar dust. And even if the bodies in The Book of Joan are devoid of gender, they do still cling to sex, love, emotion—they have to, because what else is there to live for when the world’s gone to shit? Only Joan, as an “engenderine,” truly transcends gender—her ability to create life from (almost) nothing is separate from any femaleness left in her. In the end, it is her giving over of her body to the earth that generates a new origin story.

The Book of Joan, with its mesmerizing words and reimagining of all bodies’ potential, throws open a door to the questions of how we tell stories, how we use them as weapons, how we find power and solace in them. Like the skin grafts that spark an overthrow, The Book of Joan is many layered—story heaped upon story, idea upon idea—a new kind of narrative bearing testament to the raging stubbornness of life and the beauty of love, in all its forms.

Relevant: In the Frame: Artemisia Gentileschi, the Artist Who Broke the Mold 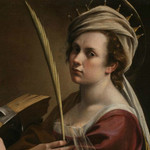