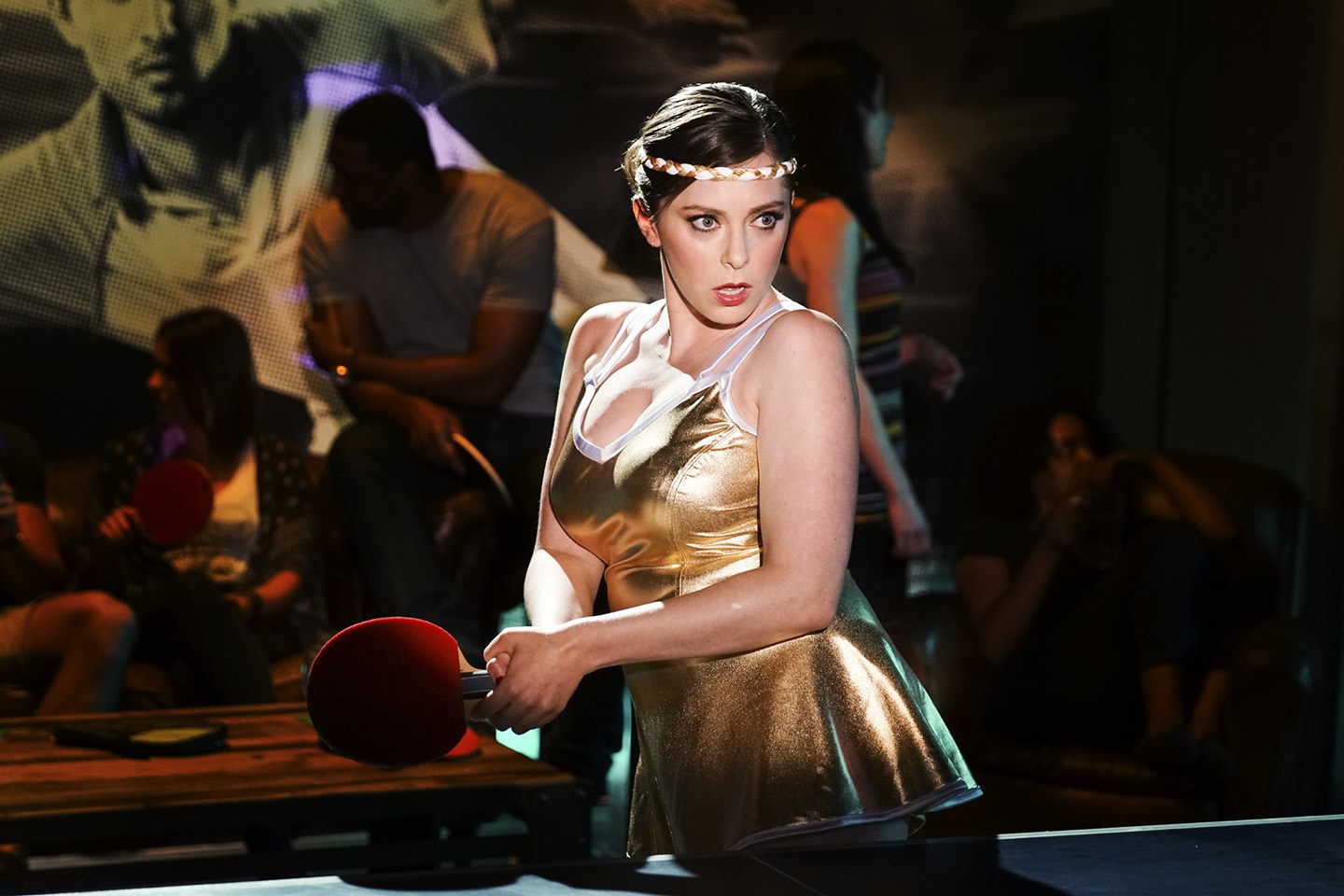 Rachel Bloom as Rebecca Bunch in Crazy Ex-Girlfriend (The CW)

By traditional television standards, Crazy Ex-Girlfriend should not work. Saddled with a problematic title, laced with tongue-in-cheek musical numbers, and centered on an extremely flawed female protagonist who uproots her entire life to pursue her teenage crush, it seems an unlikely programming choice. But it’s these choices, and Crazy Ex-Girlfriend’s self-effacing, knowing engagement with them, that makes the show stand-out television.

Many potential viewers initially dismissed the CW show for its name—how could a show called Crazy Ex-Girlfriend be anything but terrible? But the show unpacks the trope immediately. In the show’s theme song, which is sung by the characters in a quick Broadway-style musical number, protagonist Rebecca Bunch (Rachel Bloom) responds to the title by singing “That’s a sexist term. The situation’s a little more nuanced than that.” From its opening credits, the show is winking at us, plumbing everything from the tropes of the classic Hollywood musical to female beauty expectations to mental illness for humor. It uses its unique blend of satire, musical dream sequences, and genuine emotion to create a wholly original, diverse, feminist television show. The show, which was co-created by Bloom and The Devil Wears Prada screenwriter Aline Brosh McKenna, returns for its second season on October 21.

At the start of the show, Rebecca, a stressed out lawyer in New York, realizes she hates her day-to-day life and decides to move to the banal suburbia of West Covina, California, to pursue her high school boyfriend Josh Chan (Vincent Rodriguez III). The show is much more subversive than other romantic sitcoms, though. Its songs include a sly commentary on beauty standards and a musical discussion of urinary tract infections. It’s also significant that the object of Rebecca’s affections, Josh, is Asian American and his character doesn’t rely on stereotypes of Filipino culture. “Of all the wonderful things to come of the beloved CW show’s first season, I’d posit that the show’s most subversive act was placing Josh Chan—a ripped and wonderfully chill Filipino skater dude—front and center as the love interest of a prime-time sitcom,” wrote Vulture commentator Jada Yuan. 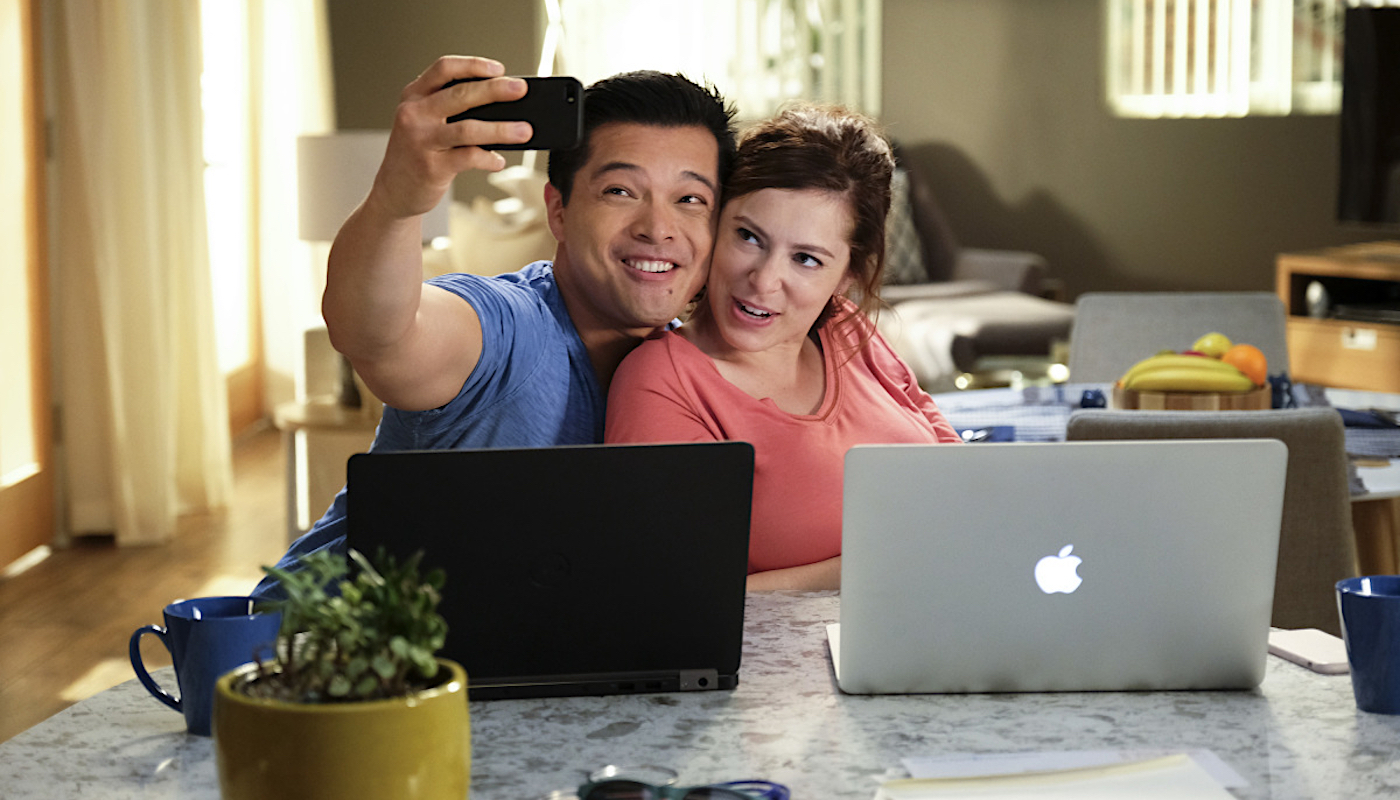 Throughout the first season, the show’s writers continue to investigate the dynamic that the show’s title sets up. Bloom and McKenna want us to acknowledge the sexism in how often women are labeled “crazy” and the reductive nature of that term. Rebecca Bunch is not an antiheroine, but she’s groundbreaking in her messiness—her foibles are pushed to the extreme, allowing us to see the manic underbelly of the stereotypical musical comedy heroine. While we’ve been presented with many unlikable male characters, from Breaking Bad’s Walter White to Mad Men’s Don Draper, it’s rare to find a female character with the same level of complexity—a woman who makes questionable life choices over and over again, but who also has many sides to her.

Rebecca is awkward and often manipulative, but she’s also sincere, earnest, and hardworking. In romantic comedies, female character flaws tend to lean toward the absurd—the impossibly beautiful and thin woman is also an endearing klutz!—but Rebecca is realistically imperfect: neurotic, obsessive, and, at times, mentally unstable. Many women on television are aspirational, but Rebecca achieves relatability because she is damaged. We can relate to her woes, her quest for personal and romantic fulfillment, her emotional duress compounded by years of self-loathing—but the lens of satire also allows us to distance ourselves from such moments. Crazy Ex-Girlfriend derives its power from its ability to tease apart the nuances of its title, tracking Rebecca’s emotional and social well-being, but at times also pushing her into darker territory.

At times, Rebecca genuinely acts in a manner that seems unhealthy and depressive. But we are continually asked to dig deeper, always moving beyond Rebecca’s behavior to the reality of its origins and consequences. These (often) excruciating situations are played for humor, but also to push us to question assumptions and truths about mental illness, romantic expectation, and our own quests for validation. This culminates in episode 11, “That Text Wasn’t Meant for Josh!,” when Rebecca accidentally sends Josh a text confessing her love. She then proceeds to break into his apartment to delete it, and she spins an elaborate web of lies to explain her presence when he finds her there. Josh eventually smells something fishy, leaving the episode to capitalize on Rebecca’s admittedly “crazy” actions with the self-aware ballad “You Stupid Bitch.”

A la Roxie Hart in Chicago, Rebecca stands alone on a spotlighted stage warbling, “You ruined everything/ You stupid bitch.” The song catapults into self-loathing, including asides like “lose some weight.” The song represents the voice of shame inside Rebecca’s head, and it’s her first real acknowledgement of the internal emotional issues that hold her back from meaningful relationships. Many women know the inner monologue of “You Stupid Bitch”—Amy Poehler referred to it as “the demon” in her book Yes Please. It’s the voice in your head that tells you, particularly in vulnerable moments, that you’re too fat, too ugly, too stupid, too whatever to be lovable. The song is lyrically painful, but only because so many of us have played the same tune in our own heads. In a society that conditions women to evaluate their self-worth based on their weight, beauty, desirability, and success in romantic relationships, it’s difficult to avoid this inner narrative. In this instance, Rebecca’s behavior crossed the line, violating Josh’s privacy and personal space, but the song is painful because she spirals from acknowledgement of her mistakes into wallowing self-destructiveness. Her remorse veers into harsh mental flagellation.

Time and again, the show uses moments like this to turn Rebecca’s outlandish expectations and behavior into a critique of societal expectations. The pilot’s “The Sexy Getting Ready Song” comments on the double standard women face when preparing for dates. While Greg (Santino Fontana) sleeps on the couch in sneakers and jeans, Rebecca waxes and bleaches, does her hair and make-up, and squeezes herself into Spanx. While whispering sultry lyrics like “I’m gonna make this night one you’ll never forget,” she undergoes a decidedly un-sexy prep process, sending up the ridiculous lengths women can feel pressured to go to look “hot.”

Similarly, in episode nine, Josh’s long-time girlfriend Valencia (Gabrielle Ruiz) sings, “Women Gotta Stick Together,” mocking odes to sisterhood and the subtle ways women tear each other down under the guise of friendship. “Women gotta stick together/ And tell each other the truth/ The truth is you’re all fat sluts/ And that’s called sisterhood.” Through this satirical ditty, the songwriters call out the way women reinforce stereotypes and participate in body shaming by “assisting” their friends with backhanded compliments. It’s meant to highlight Valencia’s mean-girl persona, but also points out the subtle, sometimes invisible ways women compete with and insult each other under the illusion of supportive friendship.

While Rebecca searches for romantic happiness, the show points out the pitfalls of her unhealthy devotion to an unrealistic love narrative while still granting her (and the audience) moments that perpetuate it. Rebecca’s neighbor Heather declares that what Rebecca hungers for is “a script dictated to you by our society’s patriarchal love narrative,” and while the show routinely demonstrates this assertion, it highlights the deep-seated lure and appeal of that narrative as well. The show suggests that the most fulfilling relationship in Rebecca’s life might be one of female friendship. Rebecca’s coworker and genuine best friend Paula (Donna Lynne Champlin) gives viewers an intimate view of a complex female friendship. Occasionally, their friendship is unhealthy, particularly when it comes to Paula’s extreme preoccupation with Rebecca’s relationship with Josh. But the care and devotion that exists between them, on top of their quarrels, grants us a unique view of contemporary female friendship.

When Rebecca and Paula make up after a fight at the end of the season, they cry, hug, and tell each other, “You look like a princess!” The depth of feeling in this emotional outpouring is more effusive and real than any of Rebecca’s questionable romantic gestures toward Josh. Whether Rebecca ends up with Josh or not, the show seems to suggest that the true path to happiness is through friendship and self-love. This is the real beauty of the show and of Rebecca’s imperfections as a heroine—viewers are not pushed to cheer for a romantic happily-ever-after. so much as to root for characters to assess their flaws and find happiness on their own terms in defiance of prescribed narratives. 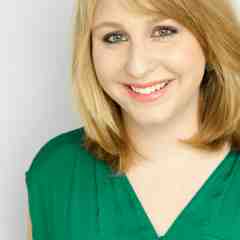 Maureen Lee Lenker is a writer, actress, and freelance journalist. She has written for Turner Classic Movies, The Hollywood Reporter, Ms. in the Biz, Stage Raw, LA Weekly, and more. She is also working towards an MA in Arts Journalism at USC, reporting on arts, theatre, and entertainment. She is a cock-eyed optimist, rom-com aficionado, unapologetic feminist, classic movie buff, musical theatre geek, and general pop culture enthusiast.

The show creators have noted that they pitched the series to nine different networks and not one of them had raised a single concern about the show's title. Women executives, male executives, younger, older, cable, broadcast. Not even the squeaky clean woman-positive CW so much as flinched about the show title. The 2nd second promo poster has the lead in a black leather jacket and torn jeans. The 1st season promo poster was a pink dress and balloon. I suspect the darned pink dress was the biggest cause of the misunderstanding, not the show title. 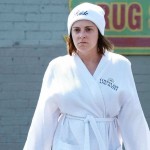 by Laura Dorwart
For the first time, a mentally ill woman serves as neither warning nor sex symbol.