On “Succession,” the Wealthy Get to Unapologetically Behave Badly | Bitch Media 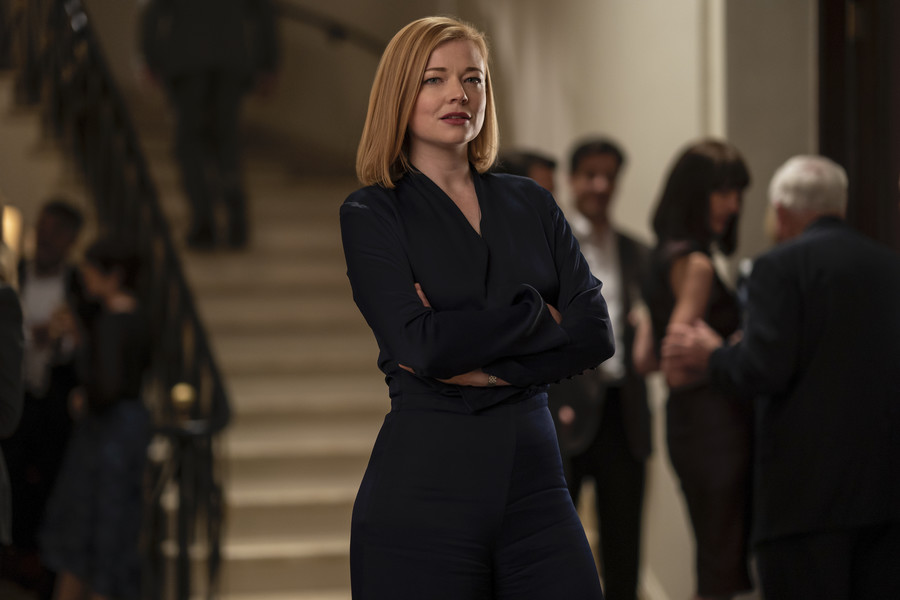 If the success of HBO’s Emmy-winning series Big Littles Lies taught us anything, it’s that millions of television viewers are deeply invested in the tragic inner lives of privileged, white Americans. Like so, HBO’s Succession, an hourlong drama  about a Murdoch-inspired family who own a conservative media conglomerate, has quickly become a network favorite because of its truthful representation of late capitalism, the polarizing power of partisan media, and the merciless nature of family business.

Succession’s inaugural season, which premiered in June 2018, followed a mano-a-mano fight between Logan Roy (Brian Cox), the family patriarch and CEO of fictional media conglomerate Waystar Royco, and his second eldest son Kendall (Jeremy Strong), who he unexpectedly denies heirship to the company. In the first season, we watched the inept, nervous Kendall fail miserably as he employed a number of hijinks to acquire his father’s business. The fight for power ends when Logan discovers that Kendall was involved in the accidental death of a waiter while seeking drugs and blackmails him into subservience. Meanwhile, the other Roy siblings Connor (Alan Ruck), Roman (Kieran Culkin), Shiv (Sarah Snook), Shiv’s husband Tom (Matt McFadyen), and the newly inducted Cousin Greg (Nicholas Braun) maneuver through the family empire at the scant mercy of Logan.

Succession’s insular focus on the Roys and their ruthless habits toward each other rather than the seismic harm they inflict on the American public is one of the reasons the show has been criticized for appearing ambivalent or even sympathetic toward the super-rich. In an August 2019 article for The Week, writer Aaron Body suggests that the show’s creator Jesse Armstrong’s interest in the interiority of corporate monsters forces viewers to exercise empathy instead of questioning motives. In Body’s estimation, watching the Roy children endure emotional and psychological abuse at the hands of their cartoonishly evil father, “who hates his children for the wealth and ease he’s given them,” makes them “too pitiful to hate.”

Critic Willa Paskin also argued in a June 2018 article for Slate that “the show is not quite scathing or indicting enough to bring a sense of urgency to its study of the super-rich.” As I began watching Season 2, I also wondered if Succession was invoking a troublesome and unnecessary argument that we should be interested in or even care about capitalism’s ability to harm people at the top. Empathy is a natural response to sharply written and well-performed work, and it’s also worth interrogating if and how we choose to abide that feeling. And that’s one of the reasons Succession makes for such a clever viewing experience.

Succession slyly toys with Americans’ impulse to see the good in the worst people, particularly when those people are white. It’s the same tendency that prompted the New York Times to profile a Nazi in 2017 and allowed Sean Spicer to embark on a redemption tour that began at the 2017 Emmys and continued with the current season of Dancing With the Stars. The show moves forward as corporate and political opportunities for the characters come and go. Meanwhile, looming over everyone’s heads is the opportunity to separate themselves from a hate-mongering establishment or, at the very least, challenge Logan’s amoral business practices. But none of his children even consider this, let alone choose it. In the places where other shows might insert a road to redemption for corrupt, white characters, Succession limits viewers’ expectations for growth.

For example, Shiv is the only Roy sibling with a semblance of decency. While she never expressly pronounces her political beliefs, in the first season, she works for a presidential candidate whose policy positions echo Bernie Sanders and confirms she’s a liberal in Season 2. Logan tells her she’s a liberal “who gets it.” Likewise, she’s aware of the bigotry embedded in her family’s financial interests, but she only expresses concern from a business perspective, rather than a moral one. Until this current season, it was hard to decipher if she’s completely apathetic about certain issues or if she’s been conditioned to respond unemotionally to such egregious matters. Thus, people who enjoy watching Shiv outsmart her brothers and go head-to-head with her male colleagues are never fully rewarded.

In Season 2, Logan offers to make Shiv his successor after years of dismissing her in favor of her brothers. It’s easy for viewers to feel sympathy for Shiv, especially if you’re a woman who has ever felt overlooked and underestimated, as she tears up while eagerly accepting the position. Still, we have no reason to believe that Shiv—or any woman—will transform Waystar or establish better business practices once she’s in charge. After all, the characters are solely motivated by money and the power that comes with it. Midway through the season, Shiv seizes an opportunity to demonstrate her value to the company after a #MeToo story breaks about sexual abuse on Waystar’s cruise line. We watch her light up as Waystar’s general counsel Gerri (J. Smith-Cameron) suggests she represent the company on a panel to address the allegations, emphasizing her inherent sense of trust.

The fact that Shiv’s biggest opportunity to yield her power as a woman within her father’s company comes at the traumatic experiences of other women should put a bad taste in any progressive woman’s mouth. Even when she blasts Waystar’s “dinosaur values” during the Q&A, she’s solely boasting her capital as a young woman with fresh ideas. Shiv continues to weaponize her privileged womanhood in Season 2’s penultimate episode when she coaxes a former cruise employee out of testifying before Congress about the sexual misconduct said employee endured. Watching Shiv haphazardly but effectively console, intimidate, and bribe the victim is a masterclass in manipulation and gender betrayal. She even takes off her heels to emulate solidarity between her and the socially and economically subordinate woman.

In her final plea, Shiv states plainly that she is solely looking out for the accuser’s career prospects, throwing a gut punch at any viewer who thought she was capable of reforming. For anyone who isn’t disillusioned by corporate feminism, it’s easy to celebrate someone like Shiv who wears sleek pantsuits and constantly mocks “old, white dudes.” Shiv’s confidence and wit is something to behold when met with the childish but powerful men who surround her. But Succession’s writers, 50 percent of whom are women, don’t reveal anything more about Shiv’s moral conscience than superficial markers of girl power. It’s almost as if the writers make a point to differentiate female empowerment and feminist empowerment, two separate ideologies that are often intertwined in today’s culture where white women are often praised merely for being in positions of power.

Succession’s refusal to transform Shiv into a feminist game-changer is oddly refreshing when so many other television shows and films are invested in making their bad white characters good. Throughout its run on Netflix, Orange Is the New Black was sharply criticized for extending empathy to its excessively cruel antagonists. Its seventh and final season, which premiered in June, features three redemption arcs for white prison staff who we have either watched or participated in abuse or neglect of mostly Black and Brown inmates. For example, Artesian McCollough (Emily Tarver), a correctional officer who was complicit in the abuse her colleagues inflicted on several inmates, is given a sympathetic backstory that needlessly asks viewers to reckon her trauma with the harm she causes.

I felt similarly frustrated while watching the third season of Netflix’s other popular female ensemble series GLOW. The wrestling program’s producer Bash (Chris Lowell)’s season-long arc focused on his closeted homosexuality and used it to absolve his exploitative behavior toward other minority groups. Despite his role in concocting a show built on racist caricatures, his identity as a gay man is met with unrequited grace by the women he’s mistreated. These flawed narratives ignore the fact that whiteness is already a redeeming quality in racist society. More notably, they place more importance on the possibility of goodness for cruel white people than evidence of change.

Simply put, Succession’s characters are the sum of their actions. While most storytellers aim to invoke compassion in their work, Succession creates a more vigilant experience by forcing audiences to evaluate where their sympathies lie instead. If the show has any sort of cultural influence outside of potential awards and Twitter memes, it will teach us to be less forgiving to the people who inflict the most harm.

Read this Next: The Caroline Calloway Effect 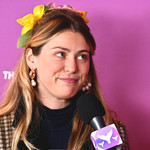 by Vanessa Willoughby
Scammers like Caroline Calloway are protected by their thinness, whiteness, and status as blond young women.