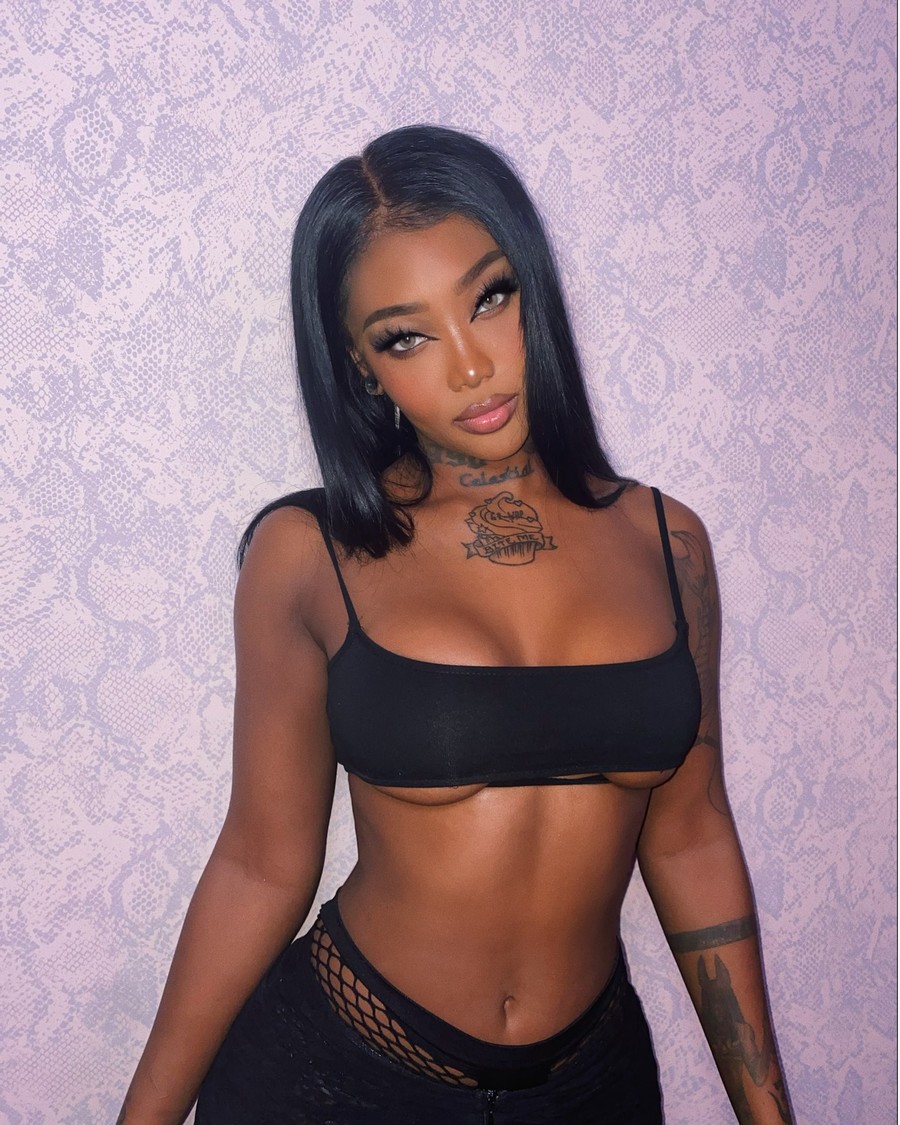 Whenever a Black person, especially a famous and wealthy Black person, elects to alter their physical appearance via plastic surgery, they’re almost immediately compared to two people: Michael Jackson and iconic rapper Lil’ Kim. Though both musicians visibly changed over the course of their careers, their facial features evolving surgery by surgery, they both also continuously denied having any work done at all. Jackson attributed his noticeably lighter skin to vitiligo, a condition in which the body’s pigment-producing cells stop functioning, while Lil’ Kim has refused to answer questions about her rumored surgeries, instead guiding interviewers back to questions about her latest album or other project. Celebrities don’t belong to us; bodily autonomy extends to all people, regardless of their tax bracket, so no celebrity owes us an explanation about the surgeries they’ve chosen to have. But we still pry—asking questions that cross personal boundaries—and condemn when we don’t receive the answer we were seeking.

Summer Walker, an R&B artist whose melodic 2019 debut album, Over It, broke records while helping people the world over mend their hearts, is the latest celeb being subjected to a gross invasion of privacy. Walker, whose undeniable talent shot her to the top of the charts seemingly overnight, has never shied away from discussing the toll unexpected hypervisibility has taken on her emotional and mental health. She’s had no aversion to canceling some of her tour dates to accommodate her need to preserve her health—critics be damned—or only offering 10-second acceptance speeches at award shows because anything lengthier than that would trigger her social anxiety. Fame wasn’t something Walker sought; it came, quite naturally, as a byproduct of her talent.

When Walker’s on, she delivers phenomenal music that touches millions of people, but when she’s off—and she deserves that time away from the spotlight—she fiercely guards the shred of privacy she can still control. Sometimes that comes through not hugging fans. Other times it’s taking self-induced social-media breaks to reignite her passion for her music. Or it’s only following a single person on social media or closing the comments on her Instagram photos. She’s existing publicly, but only in exchange for a tenuous unspoken agreement: Walker gives us music we love, and we leave the rest of her life alone. Still though, celebrities are treated as if their bodies can be placed on our cultural exam tables at any time, dissected by us anytime there’s a mere shift in their appearance.

Have a baby bump? Paparazzi photographers flock to restaurants and hide in bushes to ambush the pregnant person with unwelcome questions. A different nose or plumper lips? Side-by-side comparison photos spring up on social media for everyone to weigh in and guess what procedure they’ve had. Walker was treated to this cruel practice over the weekend after she posted photos and videos on Instagram that show her with a seemingly different-shaped nose. Some people on social media posted before and after photos of the singer, drawing explicit comparisons between older photos and newer photos. Others said she’d caved to the pressure of social media, where seemingly every woman hawking Flat Tummy Tea and Fashion Nova clothing has had their bodies—really slim waists and legs, large hips, and a rounded butt—crafted by the surgeon of their choice. All of this commentary about Walker’s nose operates from the idea that beauty decisions happen in isolation, driven solely by an individualistic desire to be thinner, to have slimmer nostrils, to have lighter skin.

There’s a reason that outsiders assume they make these choices in a vacuum: When your physical appearance is evaluated and appraised as a part of your livelihood, personal choices become intertwined with everyone’s expectations—the industry you’re in, the opinions of the executives you’re answering to, the pressures of social media, and a desire to be both pleased with your decisions and rewarded for them. And when you’re a Black woman, all of these expectations are complicated by a cultural allegiance to whiteness (or proximity to it) as an ideal and a default. Lil’ Kim, who has been mercilessly picked apart for years for her appearance, likely didn’t seek surgery solely because she wanted to go under the knife. Her decisions are more layered and complicated than that, fueled by forces far out of her control. “All my life men have told me I wasn’t pretty enough—even the men I was dating. And I’d be like, ‘Well, why are you with me, then?’ It’s always been men putting me down, just like my dad,” she told Newsweek in 2000. When asked about the men she’d previously dated, Lil’ Kim said that many of them cheated on her or left her for women with features more heavily associated with white Europeans. “You know, the long hair type. Really beautiful women that left me thinking, ‘How can I compete with that?’ Being a regular Black girl wasn’t good enough.”

The “regular Black girl,” as Lil’ Kim dubbed her, is pressured to both embody a pride in their cultural heritage, no matter what part of the diaspora they hail from, and face rejection—over and over again. Rejected for not being light enough or thin enough, their hair not being curly enough, their lips being too thick—all features non-Black women are now profiting from. And god forbid these women cave to the endless pain of rejection and seek ways to conform; she’s then a sellout, an unscrupulous woman out to undo her own beauty and encourage other Black girls and women to abandon the beauty of Blackness as well. All Black women are left with, then, are stark, swirling, inescapable feelings of inadequacy and guilt.

Few novels capture that unyielding paradox as well as Toni Morrison’s The Bluest Eye, which follows Pecola Breedlove, a 11-year-old Black girl who feels so unseen and so unheard that all she desires are blue eyes. She believes that this feature will automatically imbue her with the confidence and self-love she needs to escape her traumatic circumstances. In a retrospective on the book, which is celebrating its 50th anniversary this year, Vanessa Willoughby writes, “‘Ugliness,’ one of the novel’s running themes, is examined under an unforgiving spotlight because it’s such a familiar experience for young Black girls—Morrison included—who quickly learn they don’t have the same amount of bodily autonomy as their white peers. Unlike white girls and women, Black girls are not given the benefit of innocence, and a refusal to conform to white beauty standards is viewed as a reflection of moral failure.”

Beauty, then, becomes a no-win situation for Black women. Remain the same, get picked apart and pathologized. Change your body, get picked apart, pathologized, and turned into fodder for jokes cracked at your expense. Recall, for a second, Blue Ivy Carter, a literal child, whose wealth—inherited through no choice of her own—is used as a shield for strangers to taunt her online about her facial features and the texture of her hair. Think about how quickly Walker’s choices became an online conversation as if her face is not her own. When you’re criticized, no matter what decision you make about your body, quieting the discourse—by any means necessary—is a logical choice. Who is surprised, then, that Black girls and women want a new reality for their bodies? Have we ever been given a choice to exist as we are without an external gaze dictating our beauty?

We don’t create soft places for Black girls and women to land, to lay their insecurities upon, and yet, we’re surprised when these same Black girls and women buy into the notion that assimilation will grant them acceptance and give them permission to both seek and receive affirmation. If that comes via a slimmer nose, thinner waist, or lighter skin, then the pain is considered worth the reward—less taunting, more love, and more control. Instead of condemning Black women, like Walker, who choose to alter their bodies, we should interrogate how the world made their existence in their inherited bodies hostile—and then work to make self-love a concept held up and enforced by a society that lets Black women exist and be affirmed just as they are.