There’s No Such Thing as Objective Science 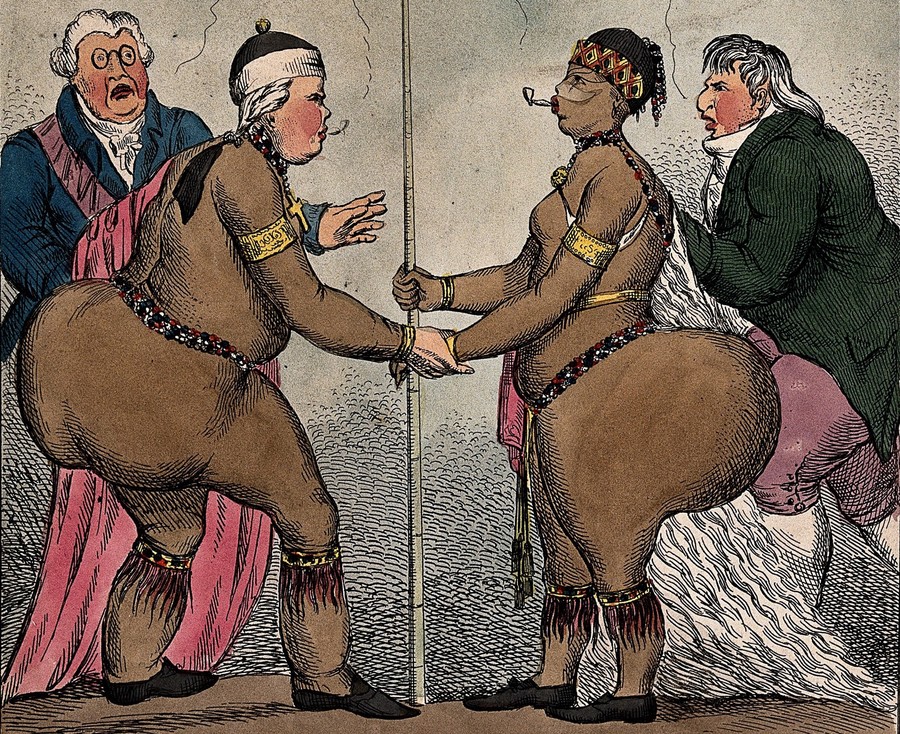 Scientific racism led to the Holocaust and to the forced sterilization of hundreds of women of color in the United States in the 20th century. And yet it’s still overwhelmingly considered neutral, nonpartisan, and, for all intents and purposes, fact. Though these aforementioned horrors are now considered outliers that have been confronted and fixed, science journalist Angela Saini’s third book, Superior: The Return of Race Science, makes the compelling case that scientific racism is as prevalent as it has ever been, and explores the way such backward beliefs have continued to evolve and persist. And it couldn’t be more timely: The book comes out as white nationalism surges across Europe and America deals with a president who routinely makes racist remarks, including referring to Haiti, El Salvador, and African countries as “shitholes.”

While researching the book, Saini traveled the world examining how concepts of race developed everywhere from human zoos in Paris to the horrors of the Nazi regime to contemporary American researchers in search of a “Black gene.” What she concludes is depressingly simple: Science intentionally created, and continues to recreate, race. “There are plenty of ignorant racists, but the problem is not just ignorance,” she writes. “The problem is that, even when people know the facts, not everyone actually wants an end to racial inequality. And this means that those committed to the biological reality of race won’t back down if the data prove them wrong.”

It’s important, Saini notes, that many nationalist governments only embraced intellectualism and scientific advancement because science often justified their arguments of white superiority. Professor Eugen Fischer, whose work inspired the racist and antisemitic Nuremberg Laws, began his research in Namibia, where tens of thousands of Namibians were killed for rebelling against German rule. German occupiers killed people based on the grade of their hair. And though the horrors of Fischer’s scientific racism came to light once the Holocaust ended, eugenics itself did not. In fact, in the 1960s, a group of former Nazi scientists and eugenicists founded the journal Mankind Quarterly to focus on the “scientific” differences between races.

The journal’s originators believed that biological and genetic difference between the races is the real cause of racial inequity, and unfortunately, those who published in it often occupied powerful, influential positions. Ardent segregationist Henry Garrett—the former President of the American Psychological Association and former chair of psychology at Columbia University, published research in Mankind Quarterly, and Roger Pearson, the anthropologist who became Mankind Quarterly’s editor in 1978, even received a signed letter of praise from Ronald Reagan in 1982 commending his “substantial contribution to promoting and upholding those ideals and principles that we value at home and abroad.”

That Mankind Quarterly is still publishing in 2019 underscores that race science persists because of some white people’s inability to accept that people of color can be as smart—or smarter—than them, and Superior points to some particularly egregious examples. For instance, some tool-making techniques that developed in the Solutrean region (now France and Spain) 23,000 to 18,000 years ago bear resemblance to tools created by the Clovis community in New Mexico about 13,000 years ago. The Solutrean hypothesis asserts that the Clovis technique looked similar to the European technique because Europeans migrated to the Americas. In other words, the Clovis culture could only develop tools because of European talents. Despite little evidence to support the hypothesis, it has gained influential followers, including archaeologist Dennis Stanford of the Smithsonian Institution and Bruce Bradley of the University of Exeter.

This hypothesis is also, unsurprisingly, popular in white-supremacist circles today. “The political implications are clear,” Saini writes. “If correct, [the Solutrean hypothesis] could be read as a suggestion that Europeans had a prior claim to the Americas…when they came millennia later, then, they were only returning to a land that was already theirs.” In turn, the Clovis people, and their contemporary Indigenous descendants, are not only denied history and agency, they’re assumed to be incompetent. 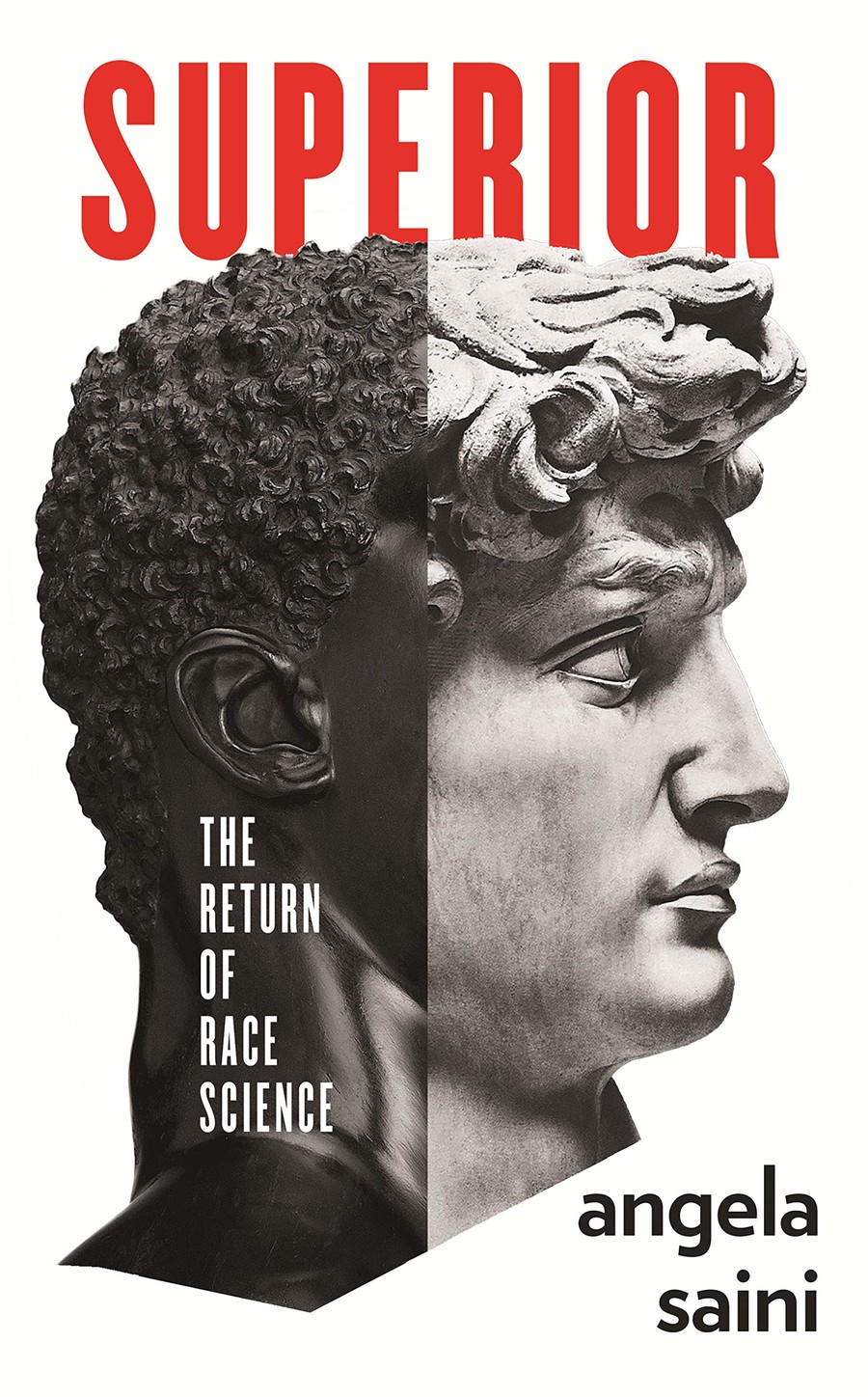 Saini also explores how race science continues to be used in the medical community, using research on hypertension as a key example. In the 1950s and ’60s, she notes, doctors in the United States and the United Kingdom began realizing that hypertension was more prevalent among their Black patients. At first, the medical community wondered if this could be explained by a genetic difference between Black and white people, perhaps related to testosterone levels or skin pigmentation (though hypertension rates are extremely low in Africa). The 1980s saw the birth of the “slave hypertension hypothesis” or the idea that Black Americans became naturally predisposed to salt retention because it aided them in surviving the brutal journey across the Atlantic Ocean. (Salt consumption is associated with increased blood pressure.)

But though decades of research and billions in funding have poured into this hypothesis, researchers have yet to find an innate racial difference that accounts for racial disparities in hypertension. What many, many studies have found, Saini writes, is that education, income level, diet, and chronic exposure to discrimination may be better predictors of hypertension than African ancestry. So why does the search for a “Black gene” for hypertension continue? As Saini argues, it allows us to evade responsibility: “It lets society off the hook. It lays the blame for inequality at the feet of biology. If poor health is intrinsic to Black bodies and has nothing to do with racism, it’s not anyone’s fault.” These researchers—who, Saini points out, are a racially diverse group and likely don’t identify as Nazis or eugenicists—are nevertheless exploring the same concept as the editors of Mankind Quarterly: a genetic explanation for inequity. In effect, it’s a way to prove that race is an inherent, biological difference, and not a social construction.

Luckily, people of color are continuing to push back. Since the 19th century, Black activists have spoken out about scientific knowledge achieved because of the systemic medical abuse of Black people. In 2018, protests led by Black women finally resulted in the removal of Central Park’s monument to J. Marion Sims—the “father of gynecology” who perfected his techniques by experimenting on enslaved women, often without anesthesia. And Indigenous activists and scientists continue to challenge the idea that Western science is the only “true” science, embracing tribal ecological knowledge as equally legitimate. But in a time when science’s ostensible neutrality continue to accommodate beliefs in an innate racial hierarchy. Superior is a both an investigative history lesson and a call to action, urging us to examine, question, and critique what’s presented to us as scientific truth.

Read this Next: Unnatural Selection