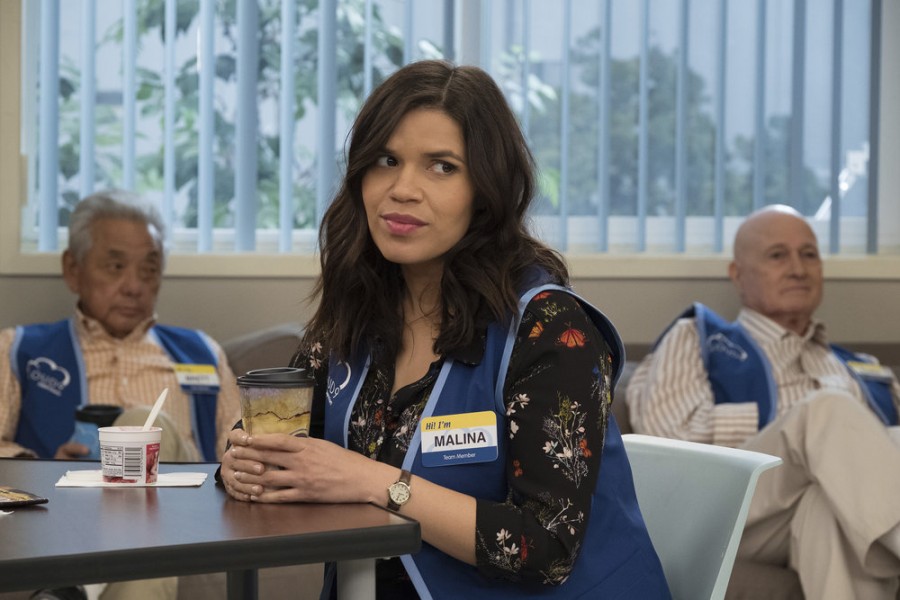 It’s normal to draw out romantic tension on long-running TV series, so it’s no surprise that the third season of Superstore found the show’s resident will-they-won’t-they couple, Amy (America Ferrera) and Jonah (Ben Feldman), getting closer to acting on their mutual feelings. After three seasons of typical TV roadblocks—love triangles (including a doomed marriage), bad timing, and miscommunication—could the show continue delaying their inevitable relationship? A few episodes before the finale, Superstore answered that question: Amy discovered that she’s unexpectedly pregnant by her ex-husband.

A surprise pregnancy is not inherently negative, and certainly not out of the ordinary: At least 45 percent of pregnancies in the United States between 2009 and 2013 were unintended. But tellingly, Superstore painted Amy’s pregnancy as a barrier to her happiness. After the season finale, the show’s creator, Justin Spitzer, explained why his writers imposed an unwanted pregnancy on Amy. “It was an extra struggle… Were we making Amy’s life too difficult?” he said in an interview with Entertainment Tonight. “In the end, that was the reason we decided to do it.”

Amy’s obvious distress made this plot twist particularly hard to digest. “Things were finally back on track,” she says in “Gender Reveal,” the episode where she learns that she’s pregnant. She was excited about her teenage daughter “almost [being] out of the house.” “I was gonna get out there and have fun,” she says. “I wanted to… do the stuff that I wanted to do for once.” For viewers who watched Amy break free from her unsatisfying marriage, it felt almost cruel to yoke her to the ex-husband she no longer wants to be with.

As a TV plot point, pregnancy is often wielded as a weapon: It propels storylines forward and offers a shocking twist, but its implicit sexism hides in plain sight. Many shows, including Gilmore Girls, Sex and the City, and Jane the Virgin, reveled in surprise pregnancies as reminders to women that they can’t escape biology, and pregnancy becomes a looming threat that could suddenly befall any woman.

Take Gilmore Girls, a show that despite its pseudo-feminist status leaned repeatedly on unexpected-pregnancy twists; after all, the show itself rests on the consequences of an unplanned teenage pregnancy: Lorelai Gilmore (Lauren Graham) became pregnant with her daughter, Rory (Alexis Bledel), when she was just 16. The series continued to rely on the trope throughout its run. On several occasions its supporting female characters—including Lane (Keiko Agena), Sookie (Melissa McCarthy), and Sherry (Mädchen Amick)—were honest about not wanting either more children or any children at all. Their forthrightness made Lane’s pregnancy, in particular, difficult to understand.

Rory’s best friend had grown from a teen secretly rebelling against her strict religious family to a young woman with newfound independence and a future as a musician. Her first time having sex is not only disappointing and unpleasant, it also results in an unexpected pregnancy—with twins. Lane doesn’t want to have a child, let alone two, but the show never addresses her other reproductive options. Instead, she simply sacrifices her music career and becomes a mother. Gilmore Girls’ insistence on pregnancy as an inescapable consequence of having sex was the thread that ran through from its beginning to the final seconds of its 2016 Netflix revival. 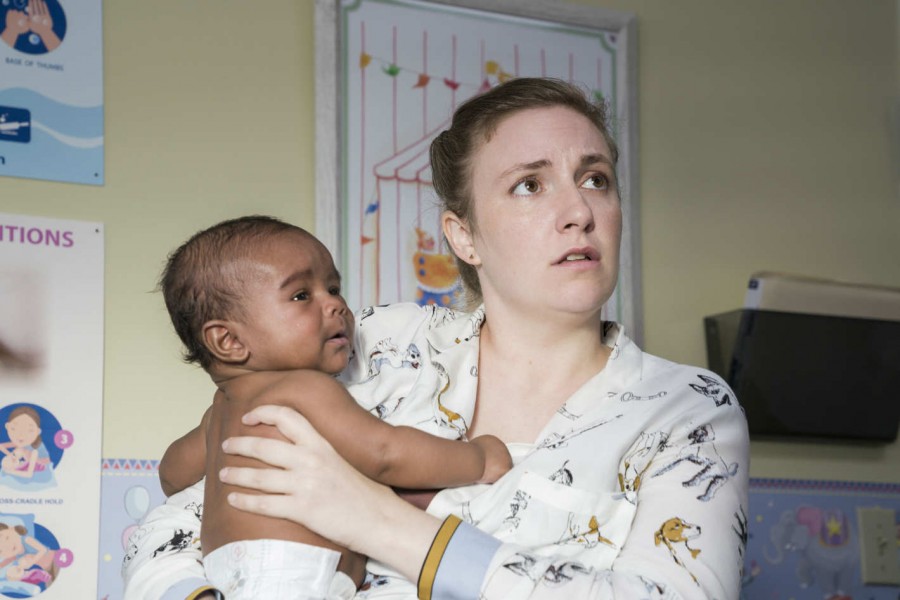 The notion that women are defined by their biology has been a core belief since civilization began. In Ancient Greece, Hippocratic philosophers wrote of a “wandering womb” in which a woman’s uterus moved throughout the body and caused illnesses, including hysteria, to develop. And in the Victorian era, the common diagnosis of “female hysteria” served as a catch-all for any perceived “illness,” including postpartum depression, anxiety, and homosexuality. Biological determinism has defined women’s health as fundamentally abnormal, unknowable, and governed by reproductive and hormonal functions.

Though we’ve made biomedical advances, the idea that women should be defined by the status of their bodies, reproductive choices, and fertility still reverberates in our cultural consciousness today. Everything from whether or not abortion should be legal to what kinds of family-planning services women should be able to access to what pregnant people can eat and drink reinforces the idea that women’s bodies, especially pregnant women’s bodies, are not their own. As feminist philosopher Rosi Braidotti argues in her 1997 essay, “Mothers, monsters and machines,” our cultural obsession with pregnancy “generates a drive to denigrate woman in so far as she is ‘other-than’” the androcentric norm.

A pregnant body is seen as an incubator and is thus primed for public surveillance. Non-pregnant women also fall under this microscope because their wombs have the potential to be invaded at any time. Researcher Molly Wiant Cummins argues that “although women’s bodies are disciplined throughout their lives, and differently during pregnancy, a woman’s body is considered especially suspect if it is (assumed) capable of reproducing.” In this view, women with assumed fertility have a “reproductively primed body” that’s marked by “their ability to change into pregnant bodies rather than the seemingly unchanging bodies of men.”

An onscreen character with a “reproductively primed body” holds a special kind of potential: She becomes a site of mystery or suspense. And accordingly, TV shows often use a “whodunit” approach to determine which “reproductively primed body” is expecting. A simple shot of a discarded pregnancy test can carry a cliffhanger; on Friends and Parks and Recreation, for instance, the discovery of pregnancy tests led to interrogations of all women characters. Any strange or out-of-character behavior on the part of female characters hints at a pregnancy scare: strange and uncontrollable cravings, a one-night-stand, or sexual relationships with more than one man—a la Gossip Girls’s Blair Waldorf (Leighton Meester)—place her under suspicion.

The Parks and Recreation episode “Flu Season 2” included a fakeout in which Leslie (Amy Poehler) thought she had the flu but was really pregnant with twins. On Gilmore Girls, Sookie’s sudden shift in temperament led others to suspect her pregnancy before she did. A lead character’s pregnancy can also create a convenient plot twist. Hannah (Lena Dunham) on HBO’s Girls was finally forced to grow up after a drunken one-night stand led to her pregnancy. Driven, ambitious, and successful women like The Mindy Project’s titular character (Mindy Kaling) and Parks and Recreation’s Leslie find their plans to pursue new dreams curtailed by unplanned pregnancies, rooting them in place and keeping the show’s axis spinning.

Elsewhere, stable, predictable characters can become pregnant simply to enliven their storylines. On family-oriented shows like Modern Family and Black-ish, female characters at the end of their fertility window have surprise late-in-life babies, prolonging their characterization as perpetual mothers. Unwitting pregnancy can also tie a female character to a former love interest (Ross and Rachel on Friends, Miranda and Steve on Sex and the City, Mindy and Danny on The Mindy Project), which plays on the romantic-comedy trope whereby women might say they want one thing, but a better decision—in this case, a pregnancy—can be made for them. Her body makes the decision, and her feelings inevitably catch up later.

At its core, the continuous use of unwanted or unplanned pregnancies reinforces a narrow, restrictive view of women’s bodies as vessels. The sometimes messy, unpredictable parts of life—like unplanned pregnancies—should always be a part of our cultural stories. But in 2018, we can also demand more for women leads like Superstore’s Amy, who’s despairing over her unwanted pregnancy, her seasons-long trajectory overridden because she’s sexually active. We should ask for more women characters with the ability to drive plots and meet challenges while also keeping their autonomy intact.

Talking With Kids About Open Relationships

Women Do the Majority of the Family Care. Can We Get Some Paid Leave?