How to Support Trans, Intersex, and Nonbinary Folks in This Nightmarish Hellscape 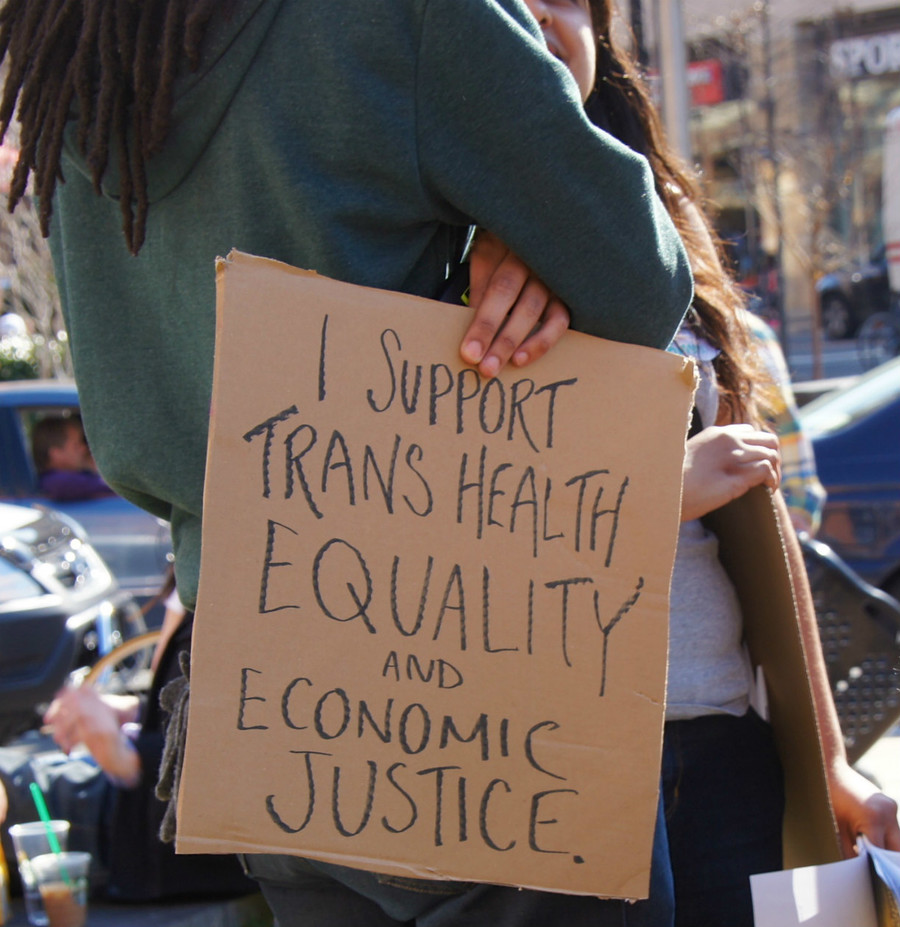 On October 21, the New York Times outlined the Trump administration’s latest attempt to redefine gender as “a biological, immutable condition determined by genitalia at birth.” The memo was rightfully met with fear, horror, and fury by intersex and transgender (including nonbinary) folks across the country. Since then, the U.S. Justice Department has informed the Supreme Court that civil-rights laws don’t protect workers from gender-based discrimination—or, put another way, that it’s legal to fire trans employees for being trans.

In times like these, it can be hard for cisgender folks to react without appearing patronizing, performative, or complacent. And trans folks often disagree on the best ways for allies to show support. Some say that voting is paramount, while others dismiss politics as ineffective. Some collect donations for national trans-rights organizations, while others prefer donating to individuals.

While it’s okay to indulge in these arguments, any action taken is better than standing idly by. Don’t know where to start? Here are six ways to support trans, intersex, and nonbinary folks in your community and across the country:

Putting your money where your mouth is one of the quickest and easiest ways to show your support. It’s up to you to decide whether you donate to national nonprofit organizations such as the Sylvia Rivera Law Project and Trans Justice Funding Project; local organizations that serve your community, such as Portland’s Sexual & Gender Minority Youth Resource Center and North Carolina’s Transcend Charlotte; or personal fundraisers and GoFundMe campaigns that fund the transitions of individual trans folks. It’s probably best to donate to organizations and individuals. Since nearly one in three transgender folks live in poverty, it’s vitally important to help these communities survive in the short term, while also funding long-term legal and political action.

If you want to donate to national organizations, check out Bitch Media’s list of 10 trans advocacy groups to support.

No matter how much you think you know about a topic, there’s always more to learn—especially when it comes to identities outside of your own. Brush up on the issues by seeking out books, articles, podcasts, and videos made by trans and intersex creators—and then amplify their work. You can also follow trans, nonbinary, and intersex activists and creatives on social media, especially those who are further marginalized. Make sure that the media you’re consuming includes the experiences of disabled folks, sex workers, and people of color.

Don’t ask strangers to personally educate you because it’s never okay to demand free emotional labor from people you don’t know. Instead, seek out public sources of information created by trans and intersex folks.

Now that you’ve educated yourself, it’s time to to talk to other cis folks about the importance of advocating for trans, nonbinary, and intersex people. It’s your job to speak up whenever someone makes a transphobic joke, misgenders or deadnames someone, or simply forgets to be trans-inclusive. Be polite (or not) and firm in saying that transphobia is never okay.

You can also advocate for trans-inclusivity at your workplace or school by asking yourself the following questions: Are there gender-neutral restrooms available? Have you and your coworkers attended a gender-inclusivity training? Do you include your pronouns when introducing yourself at work? Does your job provide healthcare that covers transition-related care? Is your office dress code gender-neutral? If you’ve answered no to any of these questions, it’s time to advocate for policy changes.

Republican legislators are doing everything they can to deter voters from casting ballots in the forthcoming midterm election. Of course, that makes it even more important to vote if you can. Before you hit the polls, research which candidates include trans rights in their platforms and stump speeches. If LGBTQI candidates (or top-notch allies) are running in your district, you can even volunteer to canvass and help register voters.

Currently, only 20 states explicitly prohibit discrimination based on sexual orientation and gender identity. So, if your local, state, or federal officials aren’t vocalizing support for trans and intersex rights, it’s time to take action. Gather a group of like-minded friends and make a plan that will demand civil-rights protections for LGBTQI folks.

On a federal level, you can encourage your representatives to support the Equality Act of 2017, which would add gender and sexual orientation as “protected classes” and ban discrimination in housing, employment, and public accommodations. However, local elections are where grassroots efforts often have the biggest effect. Petition your city or state to adopt legislation similar to the Equality Act, and while you’re at it, advocate for your state’s Medicaid program to cover transition-related care.

Keep in mind that trans and intersex organizers in your area are likely already campaigning for their rights. If this is the case, be sure to ask how best you can support their mission and movement, rather than centering your own vision and adopting a cis-savior narrative.

Not everyone will agree on the best form of activism. If you have trans, nonbinary, and intersex friends or family members, now’s the time to ask them what they want and need. Be warned: They might want cis people to leave them alone! If that’s the case, don’t take it personally. On the other hand, some of your loved ones will appreciate the gesture of allyship and might even suggest other ways you can show your support.

Whether they ask you to bring them a smoothie or stand beside them in a literal uprising, I hope you’ll say yes.

“A Little Late with Lilly Singh” Has a Code-switching Problem 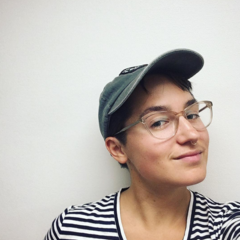 Molly Woodstock is a queer journalist, educator, and audio producer based in Portland, Oregon. Their podcast, Gender Reveal, explores identity from trans perspectives. Find Molly on Twitter and Instagram.