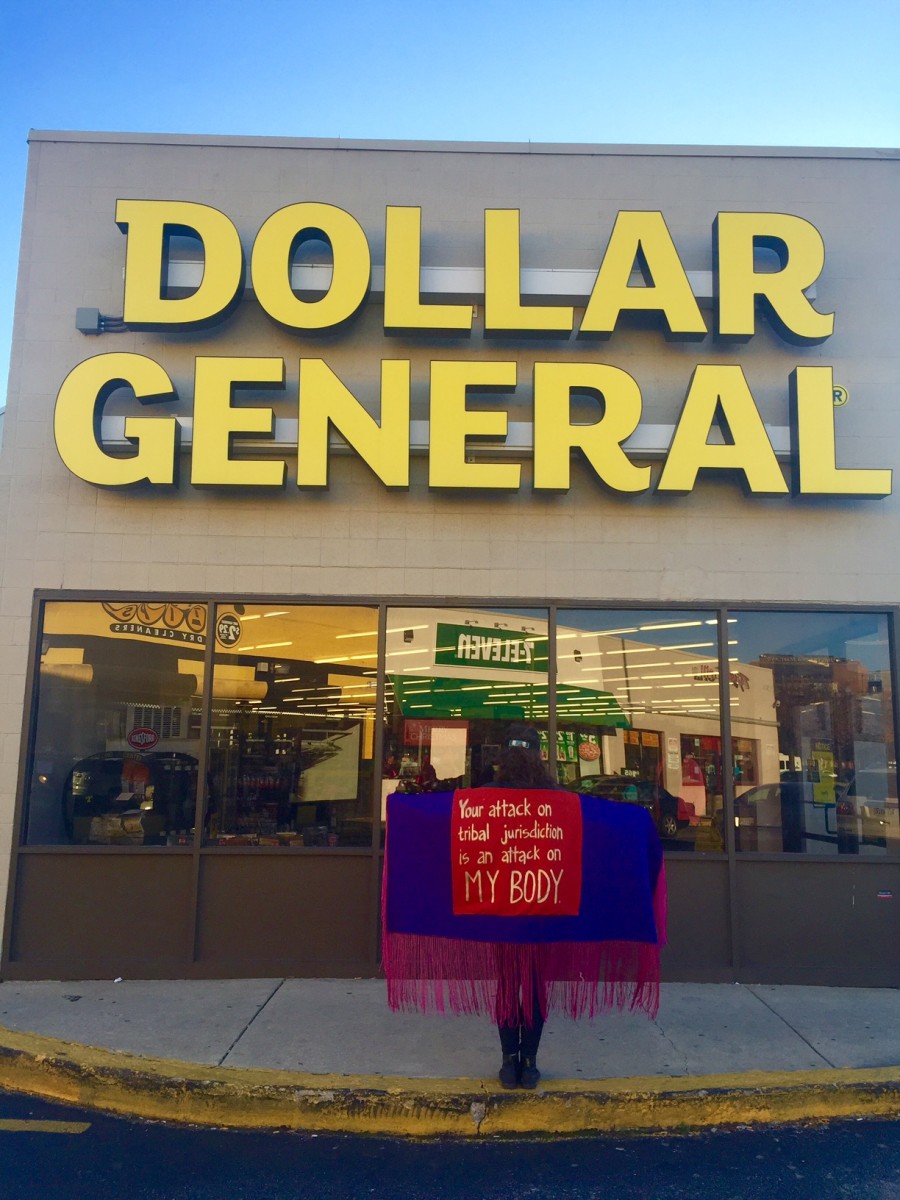 Photo of a Native-led protest against Dollar General. Photo courtesy of FORCE.

The Supreme Court ruled this morning on an important case involving sexual assault and the ability of American Indian tribes to file civil suits for crimes that happen on their land. Deadlocking in a 4-4 tie, the Supremes upheld a lower court ruling that reinforces tribal sovereignty.

Here are the details on the case: In 2003, a 13-year-old boy was part of a youth-opportunity job program where he was paid by his tribe, the Mississippi Band of Choctaw Indians, to work at a Dollar General store on Tribal Trust land. While on the job, the 13-year-old says he was sexually assaulted several times by the store’s manager, Dale Townsend. His parents brought an action against Dollar General in Tribal Court. The retailer retaliated with a lawsuit, arguing that the Mississippi Band of Choctaws should not have jurisdiction over Dollar General, because the corporate giant is non-Indian. Essentially, Dollar General is saying that tribal courts shouldn't be able to pursue civil cases. Two courts ruled against Dollar General and now—good news—their rulings stand.

When the case went to the Supreme Court in the fall, Native women turned out in force to protest Dollar General. As domestic violence survivor Diane Millich (Southern Ute Indian Tribe, Colorado) told us back in December, “For many Native women and children survivors, civil jurisdiction isn’t an academic or even a legal question. It’s a matter of life and death.”

The group FORCE: Upsetting Rape Culture has been rallying against Dollar General during the course of this case. “As we celebrate this case, we urge people to center Native voices in the conversation not only about the impact of this decision, but also the ongoing work needed to support Native survivors and to ensure the sovereignty of Tribes as they work to protect their members,” the group said in a statement today. They also noted that this win is limited: This case is about civil jurisdiction, so doesn't effect tribe's ability to prosecute crimes. Under our current laws, tribes STILL can't prosecute most crimes that happen on their land (with some exceptions for domestic violence—FORCE explains the rules here). If Dollar General had won, it would have meant tribes wouldn't be able to try civil cases involving non-native people or corporations.

The group also put together this inforgraphic to show what was at stake in the Dollar General case. Check it out. 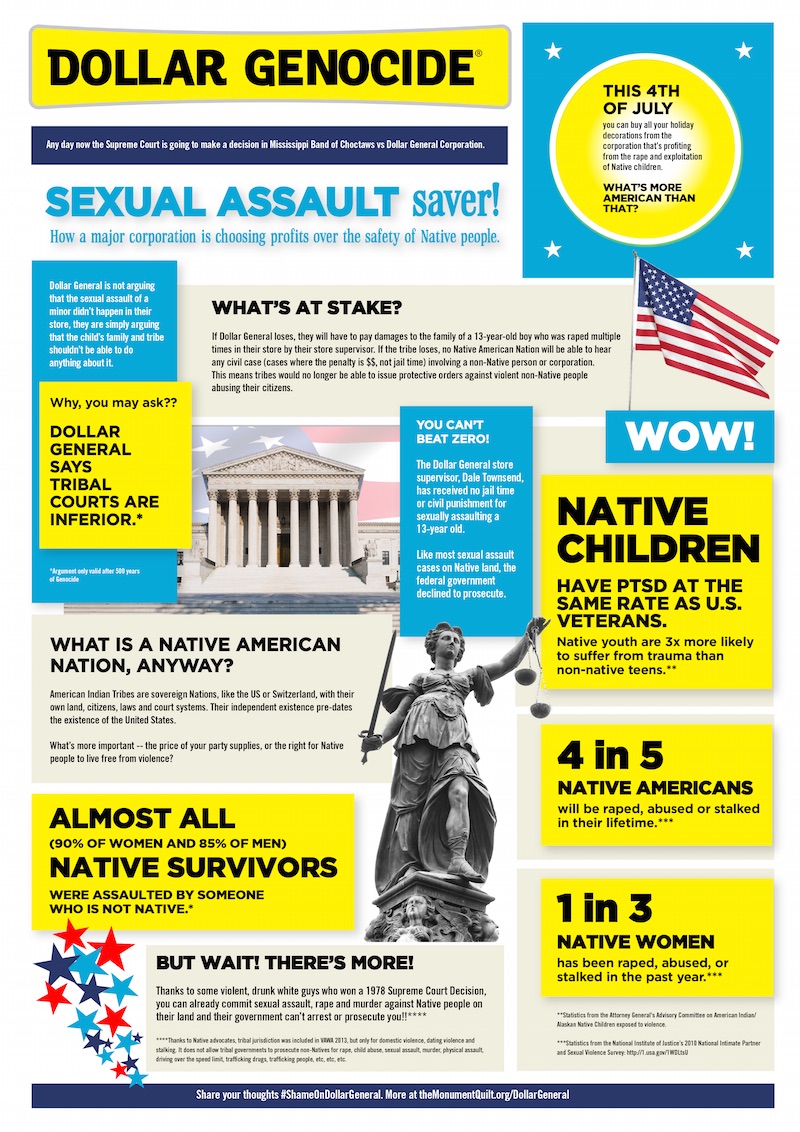 Read This Next: The Problems With Bemoaning a Rapist's “Once Promising Future.”
Read This Next: How Young Women of Color Are Shaping the Labor Movement

6/23/16: This article has been updated to include more information about the ability of tribal courts to file civil cases versus criminal cases. Shout out to reader Melanie Jo for noting the confusion.

Relevant: "Asking For It" Puts the Focus for Ending Rape Where it Belongs: On Rapists 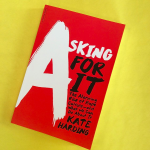 by Tasha Fierce
Kate Harding's book Asking For It is a crucial guide for changing our cultural conversations about rape.