Survival of the FitsBlack Fashion Has Always Been Liberatory 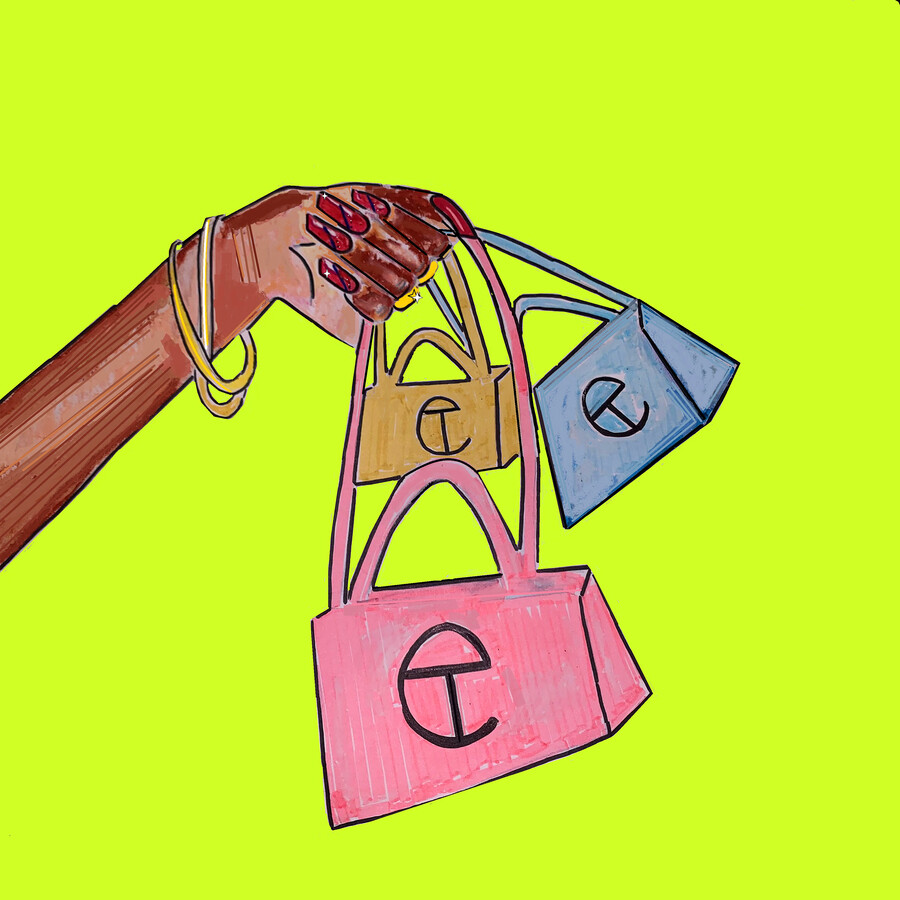 IN 2020, there was a surge in the amount of attention given to Black-owned fashion brands: In the wake of protests following the state-sanctioned murders of George Floyd and Breonna Taylor, historically white fashion-centric publications pushed to support Black clothing brands. As sincere (or insincere) as their approach may have been, it reminds us of the true backbone of these Black ventures, the people who don’t disappear once the protests stop—Black women. The legacy of Black fashion brands, from Cross Colours to Telfar, is both deeply cultural and deeply political. Twenty-five years ago, my mother strolled through her college campus wearing oversized clothes. These outfits served a dual function: She wasn’t yet interested in flaunting her growing baby bump, and at the time, “the baggier, the better” was the rule for youthful Black fashion. Black women in music, including Aaliyah and the members of TLC, adhered to this thinking and elected to veer away from the large labels they may have been expected to gravitate toward at the beginning of their careers. Instead, they opted for Cross Colours.

Carl Jones and Thomas “TJ” Walker founded Cross Colours in 1989 amid a Black American push for Afrocentricity. Their brand was a radical concept that embraced style as a part of revolution. The slogan, “Clothing Without Prejudice,” was its own protest, calling out the rampant racism in the United States, the effects of crack cocaine on the Black community, and the devastation of the hiv/aids crisis for Black and Brown people. The members of TLC were early supporters of the brand, sporting the bright and bold clothes in a photoshoot to promote their hit 1992 song “Baby-Baby-Baby.” The group also coupled the clothing with strong messages about safe sex and feminism. TLC’s support for Cross Colours wasn’t a rarity; instead, it was illustrative of a pattern among Black women consumers. When it comes to actively playing a role in promoting and even creating Black fashion lines, Black women often orchestrate the trends and sustain Black brands. A 2017 Nielsen report stated that Black women have been the backbone of total Black spending power and will drive Black spending toward a record $1.5 trillion by 2021. “Black women have strong life-affirming values that spill over into everything they do,” Cheryl Grace, senior vice president of U.S. Strategic Community Alliances and Consumer Engagement at Nielsen, told BET in 2017. “The celebration of their power and beauty is reflected in what they buy.”

Black-owned brands not only serve their communities but also fill a need. “We’ve always had to create our own avenues because we were not thought of as the shopper or the buyer,” Nandi Howard, associate fashion editor at Essence magazine and Bitch contributor, says. The exclusion of Black women began to fade when April Walker founded Walker Wear in 1991. Walker was one of the stars of Netflix’s 2019 documentary The Remix: Hip Hop X Fashion, in which she discussed her journey as a designer. Though her creations were worn by cultural heroes including Tupac, the Notorious B.I.G., and Run-DMC, she shuttered her business after a number of copycat brands suffocated her creativity. Still, Walker was one of the first women to dominate hip hop–focused fashion in such a powerful way. She now mentors Olivia Anthony, who founded the celebrated fashion line LIVSTREETWEAR in 2012 and has since relaunched the line. In June 2020, Walker even called out the myth of inclusivity in a Medium post titled “The Fashion Industry Needs a Hard Reset—Especially for Black Designers,” in which she wrote, “Black style appears on streets worldwide—transcending generations, as well as social and ethnic groups. Our culture attracts vultures, including a rainbow of people at major corporations who tap our Black style, remix it, and serve that magic back to us with a higher price tag.”

Three years after the launch of Cross Colours, Carl Brown, Daymond John, J. Alexander Martin, and Keith Perrin combined forces to create the streetwear brand FUBU. Like Walker Wear, the company was born from the need for Black-helmed clothing design, since luxury brands intentionally excluded a Black clientele. The brand was featured in widely circulated music videos, such as LL Cool J and Boyz II Men’s 1995 song, “Hey Lover,” and Mariah Carey’s 1995 video with ODB for “Fantasy (Remix).” Carey, who was partly responsible for the mainstream marriage of hip hop, R&B, and pop, further exposed FUBU to an audience ready to devour any semblance of hip hop culture to appear in touch. FUBU also became synonymous with underground cool and defiance in 1997, after LL Cool J wore a FUBU hat and slyly included a FUBU reference and sales pitch in the rap he crafted for a GAP video advertisement. Though it was a risky move for LL Cool J, it was one he was willing to take to promote the Black-owned brand.

Since Black buyers were so frequently left out of luxury, to design exclusively for us became a statement that spoke to our humanity.

And FUBU’s impact continues today. In 2016, singer Solange named a track from her third studio album, A Seat at the Table, after the brand. “F.U.B.U.” served as an ode to the Black community for its tastemaking abilities and self-reliance—even in the midst of national unrest (President Donald Trump was elected two months after the album’s release)—and as a nod to the community Solange prioritizes in her work. Whether it’s through overt or subtle measures, Black-owned fashion brands have always stood at the intersection of politics and culture, all with the Black consumer in mind, and can act as shorthand for a devotion to the Black community. Since Black buyers were so frequently left out of luxury, to design exclusively for us became a statement that spoke to our humanity, Essence’s Howard explained. “We’ve always had to create our own avenues,” she says. “We made a way out of nothing.”

The new era of Black collections is as firmly planted in liberation as its predecessors. Telfar Clemens founded his eponymous brand in 2005, and popularity spiked after Clemens won a Council of Fashion Designers of America Fashion Award in 2020. Telfar is famous for making luxury accessible and has been supported heavily by Black women and members of the lgbtq community in recent years. The brand, which boasts that “It’s not for you — it’s for everyone,” saw a huge spike thanks to Black influencers, who invested in its handbags featuring the unique “TC” monogram and bold colorways. Similarly, Hanifa Clothing, founded by Congolese designer Anifa Mvuemba in 2012, used social media to build its base. Mvuemba’s latest collection, Pink Label Congo, went viral in May 2020 after she debuted the first virtual 3d fashion show on Instagram Live. Once again, Black women had a finger on the pulse of the future of mainstream sartorial direction. Black-owned fashion brands and the Black women who support them have a rich history. As Solange put it in a 2016 NPR interview, “We’ve always had a seat at the table.” From music to fashion, Black creators produce art for the culture at large while continuing to pay homage to the women who have encouraged them, sustained them, and adorned themselves with Black-owned brands.

Read this Next: Queen Shit 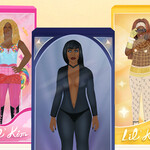 by Fullamusu Bangura
Lil’ Kim’s personas have long been a point of contention among many hip hop listeners concerned with women’s representation in the genre.