“Surviving R. Kelly” Serves Up a Toxic Cocktail of Misogynoir and Masculinity 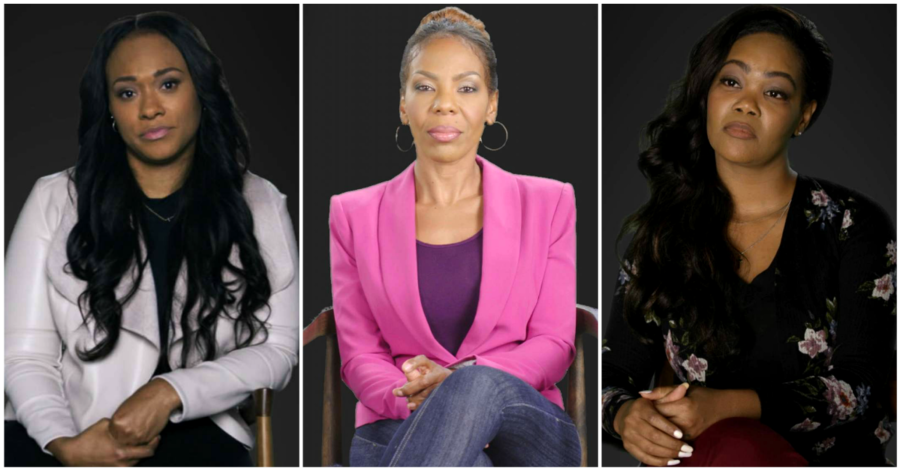 More than 2 million viewers, including myself, watched dream hampton’s gut-wrenching docuseries Surviving R. Kelly on Lifetime about the history and escalation of the singer’s alleged sexual violence and abuse against Black girls. Several survivors shared their harrowing stories, but there are still countless others who have remained silent or are still enmeshed in his alleged sex cult. After the series aired, there was the requisite victim blaming, or an assumption that the parents of these young girls, and the girls themselves, should have avoided being preyed on because of the long history of allegations against Kelly. For these critics, Kelly’s run-ins with the law, including a 2008 child-pornography trial, and his ability to pay off potential accusers are not part of a successful operation that targets vulnerable Black girls. Instead, Kelly is inured of suspicion—just another Black man targeted by a racist justice system.

As sociologist Saida Grundy points out in an article for The Atlantic, Black people do not believe in the legal system’s ability to accurately assess guilt, so Kelly is deemed innocent while those girls “should have known better.” Meanwhile, Black girls are expected to protect themselves, be wise enough to dodge a predator, and trust in the same court of law that has already acquitted Kelly. We have missed the mark when we expect Black girls to avoid danger while failing to address the culture that allows men to assault them with impunity. When Kelly’s actions are only understood as a question of legality, a mere consequence of our ideas about how old children should be to consent to sex, his abusive and misogynoiristic behavior is not as thoroughly interrogated as it should be.

I created the term “misogynoir” in 2008 to describe the anti-Black racist misogyny that Black women experience. When Black girls are expected to avoid predators, while white girls are expected to be protected from them, that’s misogynoir. When a juror says in Surviving R. Kelly that he didn’t like how Kelly’s accusers were dressed during his 2008 trial and therefore, didn’t believe their testimony, that’s misogynoir. Kelly’s victims are both Black and women, and that combination proves dangerous in a racist, sexist world where Black women and girls are undervalued and not loved enough. No one particularly cares that they are being abused, and even when they are believed, some people still say they asked for it.

Surviving R. Kelly makes clear that Kelly preyed on vulnerable Black women and girls who already felt small, who believed he could help them reach their dreams, and who could be isolated to the point that they believed his claim that he was the only one who cared about them. And how far is his claim from the truth? In a world that both ignores and hypersexualizes Black girls and women, Kelly’s masterful advances seem like the perfect disarmament for those who already feel undesirable and unprotected. As the docuseries alleges, Kelly’s desire for underage girls predates his relationship with his teenage protégé Aaliyah; some Chicago natives are familiar with his frequent trips to his former high school and its neighboring McDonalds to meet female students.

Surviving R. Kelly unironically tracks the maturation of a predator who learned from his 2008 trial that it’s better to harm girls and women who are just north of 18 because slightly older women don’t garner police interest. Rather than understanding his behavior as predatory and abusive, a punitive justice system taught him to minimize his legal culpability and helped him adapt his behavior and refine his rapacity, becoming more controlling of the women in his life as public scrutiny intensified. The critical response to the series has largely rested on a moral argument against his behavior as sexually deviant and amoral. While consenting adults can and do engage in watersports and dominant and submissive relationships, consent is the critical ingredient that’s missing from Kelly’s arrangements.

Women in the docuseries discuss being forced into sexual acts with Kelly and others, acts they didn’t want to participate in and felt they couldn’t say no to. They also describe being psychologically manipulated in ways that are recognized as hallmarks of abusive behavior. But what makes Kelly’s abuse so hard to call out is that it exists on a continuum of gendered violence. Fully reckoning with Kelly’s behavior requires our society to interrogate the problematic ways that we uphold masculinity. Music critic Ann Powers notes in Surviving R. Kelly that there’s a long history of older male musicians taking advantage of teenage girls. That many of these men were white and that there wasn’t the same pattern of repeated abuse might factor into the little outrage their indiscretions engendered, but the fact remains that masculinity affords men a certain license of freedom when it comes to girls.

Azriel Clary is currently apart of Kelly’s alleged sex cult, and her father’s initial thought that he, as a man, could protect his daughter from a practiced and established predator, is an instructive lesson about our cultural view of masculinity. The idea that a protective masculinity will save Black girls and women from a predatory masculinity is a dangerous supposition, especially when they are both rooted in the idea that women are inherently vulnerable. Mr. Clary’s ideas exist on a continuum with Kelly, where masculinity ultimately determines and controls women’s behavior. Patriarchal ideas about masculinity and femininity, about what men do and what women do, and how they should behave in relation to each other, are only an economy of scale away from Kelly’s behavior.

Surviving R. Kelly unironically tracks the maturation of a predator who learned from his 2008 trial that it’s better to harm girls and women who are just north of 18 because slightly older women don’t garner police interest.

There’s a meme floating around that suggests we throw away all the musicians whose art has afforded them protection from censure. It reminds me one of my favorite quotes from Marge Piercy’s 1976 novel Woman on the Edge of Time. “Thrown away where? The world is round.” Unfortunately, we can’t dispose of Kelly anymore than we can throw away the plastic waste that ends up in the fish we eat. We can’t throw him away anymore than we can throw away all of the people who cause harm because those people may still cause harm wherever we send them. Their harm lives on in the survivors who now navigate the world differently because of the violence they’ve been subjected to. For that reason, I appreciated the docuseries’ nod to Kelly’s own childhood sexual abuse at the hands of his older sister. I wonder who hurt Kelly’s sister who in turn hurt her two younger brothers? The abuse Kelly endured does not excuse his behavior, but it suggests that Kelly was made into a monster, not born one.

I’m an abolitionist, so I don’t believe Kelly should go to jail. I do, however, support the #MuteRKelly campaign, having had my own run in with a misogynoiristic rapper some years ago. But I continue to wonder if we can #MuteRKelly and still play Marvin Gaye. Does the fact that Gaye married Janis Hunter following an affair that began when she was 17 (and probably resulted in “Let’s Get It On” transforming from a movement anthem to a sex-fueled ballad) make it okay? Can we #MuteRKelly and be mad at Miles Davis for his treatment of Cicely Tyson? Can we #MuteRKelly and still play James Brown, or even Kelly’s contemporaries like Aaron Hall or Bell Biv Devoe (“backstage, underage, adolescent…”)? And if we do, are we saying that one type of abuse is worse than the other? Can we #MuteRKelly and still celebrate Beyoncé and Jay-Z, given that he said he was allegedly attracted to her when she was 16, but waited until it was legal to date her? What’s the line? When is it crossed?

Kelly seems unrepentant and genuinely confused about the backlash against his behavior, so it’s hard to imagine the types of interventions that would convince him to change. There have also been accusations made against dream hampton regarding both her treatment of a trans filmmaker and an activist who survived intimate partner violence. Do those accusations negate the power of her work with Surviving R. Kelly, which ultimately resulted in Kelly, finally, being dropped from his record label? There’s no such thing as a pure and impeccable artist, so we have to find a way to create consequences for those who cause harm that still holds onto their humanity, even if they have lost sight of it.

Kelly losing his recording contract is one example of the type of consequence that may limit his ability to hurt more Black women and girls, but doesn’t require him to be treated as less than human as a result. Perhaps Sony will take it a step further and give Kelly’s royalties to survivor causes that serve Black girls and women. I believe that humans can figure out how to hold people accountable without getting rid of them, but in the meantime, we are all still learning.

Read this Next: It’s Never Been About R. Kelly. It’s Always Been About Black Girls 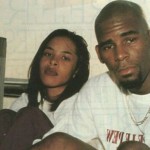 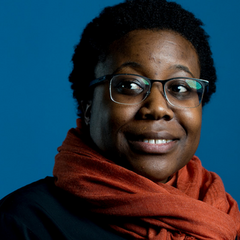