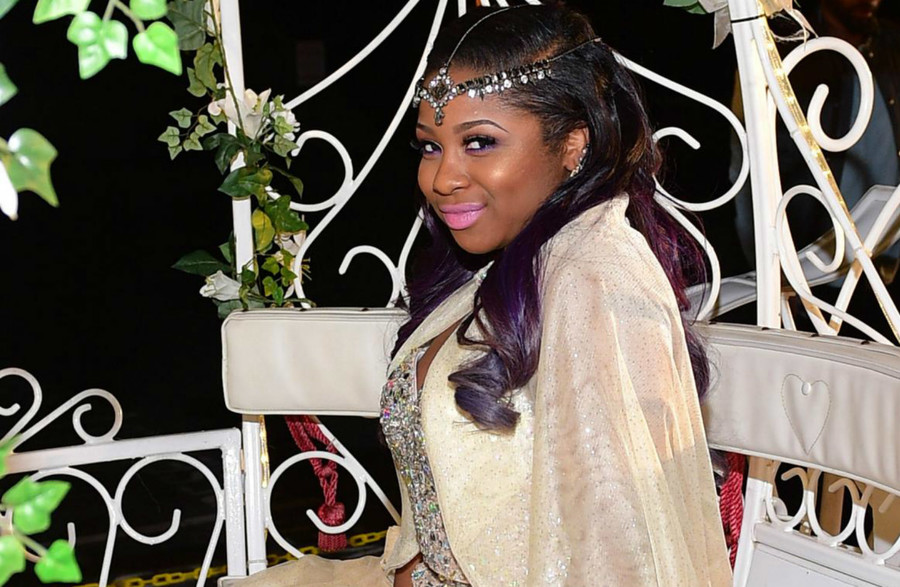 Most little girls who grow up under the watchful eye of Disney believe, at some point, that they are princesses. If you were like me and also had a clutch of like-minded friends with hand-me-down dresses, you had the privilege of dressing up as one, too. We were serious with our princess games—we made scepters out of paper-towel rolls and hats out of construction paper, and clomped around in our mothers’ comically large shoes. We color-coded our skirts to certain royal personalities—the yellow skirt was Bossy Princess, the pink one Sassy Princess, the green one Greedy Princess. When we convinced our brothers to play with us, we would even be Machine Gun Princess or Knife Princess. We didn’t discriminate.

Now, as a teenager, it’s like I’ve come full circle. Some of the same girls that played pretend with me at age 3 are back in their princess gowns, their faces slathered in pancake-thick makeup, and their families and friends sitting proudly around them. They’ve traded in the paper hats for silver tiaras, replaced the bunkbed castles with professional catering and lavish ballroom entrances. They’re reenacting an outdated aesthetic when they should be old enough to understand its elitist and sexist undercurrents. What is this strange teenage retrospective? Lords and Ladies, meet the Sweet Sixteen.

The Sweet Sixteen is exactly what it sounds like: a really big 16th birthday party almost exclusively thrown for young women. The parties vary in theme, cost, and crowd, but a loose formula persists: Birthday girl wears ball gown and tiara. Guests gorge themselves on minibar snacks and multitiered cake. There are speeches and hugs and a strange collision of friends and family as everyone jams out to Billboard’s Hot 100 on the dance floor. The Sweet Sixteen is meant to be a coming-of-age affair, in which a girl’s extended family and friends gather to mark her new maturity. Different cultures recognize this rite of passage in different iterations, the most notable being the quinceañera, a Latin American tradition for 15-year-old girls. The quinceañera certainly exists in America, but because it’s deeply tied to Latin America and Catholicism, it’s less far-reaching than the secular and culturally nonspecific Sweet Sixteen.

The Sweet Sixteen is pretty mutable, both in its celebration and its role as a coming-out party. Some families embrace this rite in its full glory. (Princess throne! Video montage! Father-daughter dance!) Others hesitate to use the phrase “coming-of-age,” but cling to its trademarks anyway: the tiara, the gown, the heels, the makeup. Sweet Sixteens have been around since the 1970s, when they began to replace debutante balls in many areas, but they’ve had a resurgence in recent years. Most American teenagers are familiar with the Sweet Sixteen party, or at least some version of it. Not all have attended one (the parties are more popular among the affluent), but they’ve become part of the cultural mainstream thanks, in large part, to reality TV.

From 2005 to 2008, an MTV show called My Super Sweet Sixteen followed bratty, privileged teenagers through the dress fittings, cake tastings, occasional helicopter rides, and characteristic breakdowns of a themed birthday party bankrolled by their rich parents. For those familiar with the show, it’s hard to forget Taylor, the teenager from Columbus, Ohio, who threw a seven-figure “Viva Las Vegas” Sweet Sixteen, or perhaps Haley, whose 16th-birthday gift was a $40,000 grill (gold and diamond plated for all your womanly dental needs!). But even if Sweet Sixteens aren’t always as extravagant as those on MTV, they’re certainly not cheap. According to a 2006 CNN Money article, the average cost of the party hovers around $10,000. Some parents stick to a tighter budget, of course—buy a cardboard cake or hire a DJ whose licks are slightly less smooth—but without the venue, the dinner, the dancing, and the clothes, the celebration becomes just another birthday.

The Sweet Sixteen isn’t just for girls who want to be princesses—it’s for girls whose families can afford for them to be. The modern Sweet Sixteener is something of a diluted debutante. In a traditional debutante ball, the symbolism centers on purity and ownership: The deb wears a white ball gown and is accompanied first by her father, then by a younger male escort. A deeply class-based tradition among the rich and Waspy, the balls were originally a way for families on the Social Register to announce that their daughters were eligible for marriage—classism with a nice eugenic twist (although African American cotillions did emerge in the early 20th century). And debutante balls still exist (some as charity fundraisers), especially in the upper echelons of Southern and Midwestern society. The International Debutante Ball, one of the most famous and exclusive cotillions in the world, is still held once every two years at New York City’s Waldorf Astoria; its recent participants include the niece of George W. Bush and the daughter of Arianna Huffington.

Like the princesses I loved when I was younger, debs revel in elegance and beauty, but their identity ends there—as a cookie-cutter image of the marriageable woman. As Karal Ann Marling wrote in her 2004 book, Debutante: Rites and Regalia of American Debdom: “The debutante’s dream is a potent elixir—a dream of being almost royalty, a paragon of good taste and elegance…. A collective family dream in which the pretty daughter is both proof of good breeding and a bid to improve the stock through grafting.” Back in 1938, when a debutante named Brenda Frazier appeared on the cover of Life, she couldn’t see past her regalia to the person inside. “I don’t deserve all this,” she later remembered thinking. “I haven’t done anything at all.”

Today’s Sweet Sixteener isn’t an exact replica of the debutante, but she reflects the same narrow view of womanhood. The age itself means something different for girls than for boys—if not marriageability nowadays, then at least sexual readiness. In the history of popular music, “sixteen” as shorthand for nubile and willing is everywhere from Chuck Berry to Billy Idol. More recently, Hilary Duff’s “Sweet Sixteen” is about “spreading her wings” and growing up, though the age would be irrelevant if the song were targeted at teenage boys. And if 16 is still a noteworthy age for girls, it’s for pretty ambiguous reasons. The Sweet Sixteener isn’t the Jewish girl who spends years memorizing scripture for her bat mitzvah. She’s not even the scrawny American boy who joins the football team to bulk up. Of course, other adolescent rites of passage have their flaws—modern bat mitzvahs can be incredibly lavish, and team sports enforce their own narrow view of masculinity—but at least their participants do something.

The Sweet Sixteener isn’t given that dignity. Like Brenda Frazier, she doesn’t have to do anything at all. And the traditions that may accompany the party remind her of just that: Some Sweet Sixteens include a shoe ceremony, where the girl’s father replaces the flat she’s wearing with a high heel, or a tiara ceremony, where the mother crowns her in a symbolic passing of the womanly torch. These traditions may seem like a harmless way for a family to celebrate a daughter, but their trademark pageantry and passivity completely miss the point. Maturity isn’t about marriage anymore; it’s not about wearing makeup and attracting a nice boy who plays football and wants to be a doctor. It’s about stepping out of a sheltered teenage world and acknowledging something larger than yourself.

And for girls who will still have to fight for equal pay, reproductive rights, and general respect toward their sex, stepping into the real world requires the opposite of passivity. Whether a young woman wants to join the Peace Corps or the army, become a lawyer or an artist, personal initiative and public service play no part in the Sweet Sixteen party’s celebration of womanhood. And that’s the most maddening part. What kind of message is society sending to these girls when their “maturity” is marked by a new shoe? A rite of passage is a celebration of growing up, a presentation of a hopeful future. But if a girl’s family—or worse, the girl herself—doesn’t think she has to do anything to grow up, how short is her ambition cut down?

As a Brooklyn high school student, I’ve watched many friends glide down the dance floor in many shades of pastel. Some were well aware of the archaic stereotypes their parties reinforced, yet they believed that the Sweet Sixteen celebrated something more profound. “It wasn’t just about looking pretty; it was about bringing together those close to me who could share my special night,” said Anjali, a friend of mine who had her party last October. I went to Anjali’s Sweet Sixteen—she had a grand entrance and a first dance with her father. But to her, that wasn’t the point. The formality and the rituals were just ways of honoring her family for the young woman they’d raised.

The Sweet Sixteen is just dressing up an old gender role in a new gown, crowning it with a tiara that means the same thing it did 50 years ago.

Other girls take the opposite angle, denying that their party is a ritual at all. Their families may have a lot of money, but no stake in the party’s traditions, so they ditch the rituals and the speeches for a catering service and a DJ for a blowout birthday party. There are even a few “anti” Sweet Sixteens: birthday parties where girls request charity donations instead of presents. But most Sweet Sixteens fall into a more ambiguous category: They’re not billed as coming-of-age affairs, but the formal dress, speeches, and other traditions suggest otherwise. Many of my friends went along with the ceremony but hadn’t given much thought to its meaning. “Because my family had done them for so many years, it was just a normal thing to do,” one classmate told me. “I never questioned why.”

She didn’t think that her party was any sort of rite of passage, but she didn’t deny her family’s expectations for it. Her mom bought her a taffeta dress and her dad gave a lengthy speech about what a beautiful young woman she was becoming. The more she thought about all this, the more reflective she became. “The fact that all I had to do was look pretty didn’t really cross my mind,” she said. “But now that I think about it, it is kind of weird. It’s like my parents were saying, ‘Here’s my daughter, she’s accomplished so many things and she’s 16 years of age.’ But you wouldn’t do that with your son. You’re just dolling up your daughter and showing off how pretty she is to your friends.”

Any good 21st-century feminist will tell you that there is no right way for girls to act. Doctrinaire academics have as little right to tell teenagers what to wear as traditionalist families do, so if a 16-year-old girl wants to wear a princess dress, that’s her right. But too often the situation is less clear-cut: The Sweet Sixteener may be enthusiastic about having a party, but the context—i.e., the traditions and aesthetic—is more socially imposed. Gender parity hasn’t reached a point where patriarchal symbols are no longer dangerous. Maybe one day, in a distant future where the word “postfeminist” actually means something, boys will regularly have Sweet Sixteens, daintiness won’t be a necessity, and the symbols won’t be symbols anymore. But for now the tradition is unjustifiably fraught. The Sweet Sixteen is just dressing up an old gender role in a new gown, crowning it with a tiara that means the same thing it did 50 years ago.

Read this Next: What’s Our Damage? 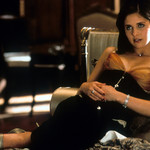 by Aline Dolinh
These characters understood that being a teenage girl was synonymous with hypervigilant performance.
by Ruby Bilger
View profile »