12 Female-Fronted Bands We Love at SXSW 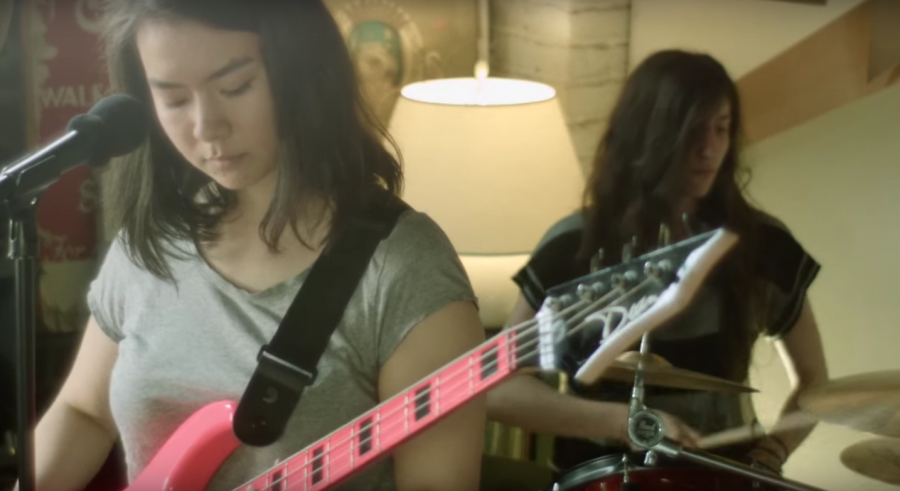 South by Southwest celebrates its 30th birthday this year. In that time, the festival has changed almost as radically as its Austin, Texas hometown. Buskers, free front-lawn performances in disparate neighborhoods, and $10 wristbands have given way to superstar headliners, an insular emphasis on 10 square blocks in the heart of the city, and all-access badges that cost almost $2,000. Despite its overwhelming size, SXSW is still largely a festival of discovery. Bitch took to the streets of Austin for the fifth time, to parse our favorite music from the pool of 2,100 bands playing this week.

Madrid garage rockers Hinds changed their name last year, and immediately became the band they were meant to be. They’re playing a mind-boggling 16 times during the festival, which would be a major feat even if their live show weren’t the high-energy explosion of noise and enthusiasm that it is.

Tacocat made what might end up being 2016’s most irresistible record (due out in April!) and their stage show matches that talent. This is crunchy pop and bubblegum rock—it’s endorphins and guitar shredding and unmistakably feminist messages all at once.

R&B smoother than any free festival drink you’ll ever drink from an Oakland performer who, at 20, has had more ups-and-downs in the music industry than most artists will have in their lifetimes.

Jarosz is a master of the banjo, the guitar, and melody. Her songs are worlds unto themselves; she’s a wholly immersive storyteller, and even when she’s standing alone on a stage with a guitar in hand, she fills a room.

SXSW is hallowed ground for artists in the midst of reinvention, and New York rock singer/guitarist Mitski is the latest to test the waters here. Her new sound takes a jagged knife to the edges of her earlier records, lacing sad songwriting with raw power. Don’t be surprised if you find yourself holding your breath while you watch her command a stage.

Women who support themselves fit right in at Bitch, so when folk rock musician Margaret Glaspy announced onstage that she’d be performing a duet by herself, I was sold. Her lyrics hit hard (“Somebody to Anybody” especially), but her voice is warm and accessible. She’s the heartbreak you didn’t see coming.

Not many Americans have heard of pop singer Marina Kaye yet, but she’s a platinum-selling superstar in France. She won France’s version of America’s Got Talent at 13, and Sia has written for her. This week might be the last time she plays small venues stateside—when she hits here, she’ll hit big.

Diet Cig released their first tracks ever just over a year ago, but their brash indie rock set them up to be a festival favorite during the festival. On recordings, they’re sweet with a crunchy sour coating. Onstage, they’re all spice with a sugar dusting. No matter how you encounter them, you catch the buzz.

When a performer can grab the attention of a heat-stroked, day-drunk festival crowd and turn the lot of them into rapt fans in the course of one set, she’s worth noting. Maren Morris’ sharp country pop managed the turnaround in about two songs.

I checked in with Austin brother-sister duo Charlie Belle, whom we profiled last year, and was blown away. Lead singer Jendayi is experimenting with her voice, flexing new muscle and getting loose in the way young bands can. Their pop is getting funkier, and I’m excited to see either where they land, or what they try next.

Teen are defined by their early-90s pop nostalgia and the best synth keyboard performance of 2016. “All About Us” is the song I have on loop in my head running between shows, no matter what else I see this week.