On her debut album Ctrl, SZA, a Black Muslim and the only female artist signed to Top Dawg Entertainment, explores what is means to be a sexual and sensitive person amid all the turmoil—we are living in a moment of confluence between music and politics. While the effects are externally felt through laws and bans, they are also internally experienced as we grapple with the personal implications of -isms and -phobias. As the broken-down computers on the album cover signal, Ctrl is haunted by the remnants of old—and decaying—relationships.

Fresh off her collaboration with Rihanna on Anti, SZA gifts us a beautiful, 49-minute-long narrative of tension, one in which she slides between notions of romantic love, fucking around, and self-care. Ctrl is the latest addition to the growing number of Black women artists, such as Solange, Kelela, and FKA twigs, who use voice, digital music technology, and collaborations with experimental producers to explore their hopes, desires, insecurities, and anxieties. Control is the theme from the first seconds of the album, which begins with SZA’s mother voicing how the thought of losing control feels “fatal” to her.  In song after song, SZA molds her vocals to burgeoning synth and drum machine beats to convey this sense of urgency in her search for control.

Unlike her previous EP Z, Ctrl steers clear of flirting with EDM, and instead favors crisp vocals and smooth sounds. In “Love Galore,” SZA’s duet with Travis Scott, her vocals are front and center as she sings, “Love, love, love, love/ ‘long as we got.” The song’s synths ebb and flow throughout the verses, soaring up slightly in the chorus only to ultimately go back to where they began. After the anthem to sexual pleasure “Doves in the Mind” (complete with labelmate Kendrick Lamar yelling “Pussy!” multiple times), the album settles into a handful of slightly off-beat pop songs. In terms of emotional whirlwinds, SZA’s lyrical narration signals that everything has plateaued and is okay—for now.

But then the emotional buildup comes to fruition on “Broken Clocks,” the album’s standout track and musical production gem. “I’m never going back, never going back/ You can’t make me,” SZA sings.  She is holding it together, but just barely—since her narrator does, indeed, continue to engage with her estranged romantic interest. The song is a visceral reminder of the ways that we cling to old, toxic relationships when nothing better seems to be on the horizon. The emotional waters of dating and friendship in the age of iEverything’s threaten to wash away stability in our lives, so we hold onto these buoys of old beaus to keep ourselves from drowning. The instrumentation in the song accentuates these waves; the synths dip into little drops and the drum machine beats go off-tempo in places. The song works as a moment of simultaneously wavering and binding on SZA’s journey to rediscovering herself.

The world SZA travels these waters in is just as—and sometimes more—perilous than her relationships. On “Pretty Little Birds,” she sings, “They’ll let you die, they’ll let you wash away/ But you swim as well as you fly,” and later asks the birds and/or her guest vocalist Isaiah Rashad “Do you mean every word you mean, every word?” Through these lyrics, SZA speaks to how the heaviness of the world and interpersonal disappointment can weigh someone down. But by the next track, she has already picked herself up again. As another soundbite from her mother plays at the end of “20 Something,” the album’s final track, SZA chooses the “illusion” of control over the hole that opens up in the absence of it.

These are honest and vulnerable moments, ones that still feel like an anomaly coming from a Black female artist in 2017. As Kimberly Williams wrote in a recent post for Sounding Out!, Black female artists, such as SZA and Solange, who make themselves vulnerable still get categorized by listeners as “angry” women, which buries the complexity of their music. This is not a new problem. SZA’s desire for mastery, and the vulnerability that accompanies it, recalls another Black female artist: Janet Jackson asserted control on her breakthrough album in 1986. Thirty-one years later, artists such as SZA maneuver in the space first carved out by Jackson to at least attempt to control their music—and by extension their gender, sexuality, and manifestations of Blackness.

Often pigeon-holed into the alternative-R&B (aka alt-R&B or PBR&B) genre, media outlets such as Pitchfork wrote off SZA’s previous work, Z, as an album that harnessed the trendiness of R&B without pushing its limits. On Ctrl, she sends a strong message: She’s an artist who pulls from genres of all kinds and combines the candor of her lyrics with technological beats to shift the moods of songs—and our hearts. 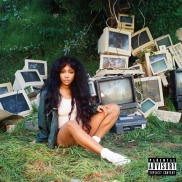 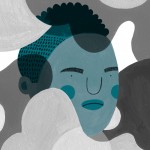