What Stripping in Guam Taught Me About Colonization | Bitch Media 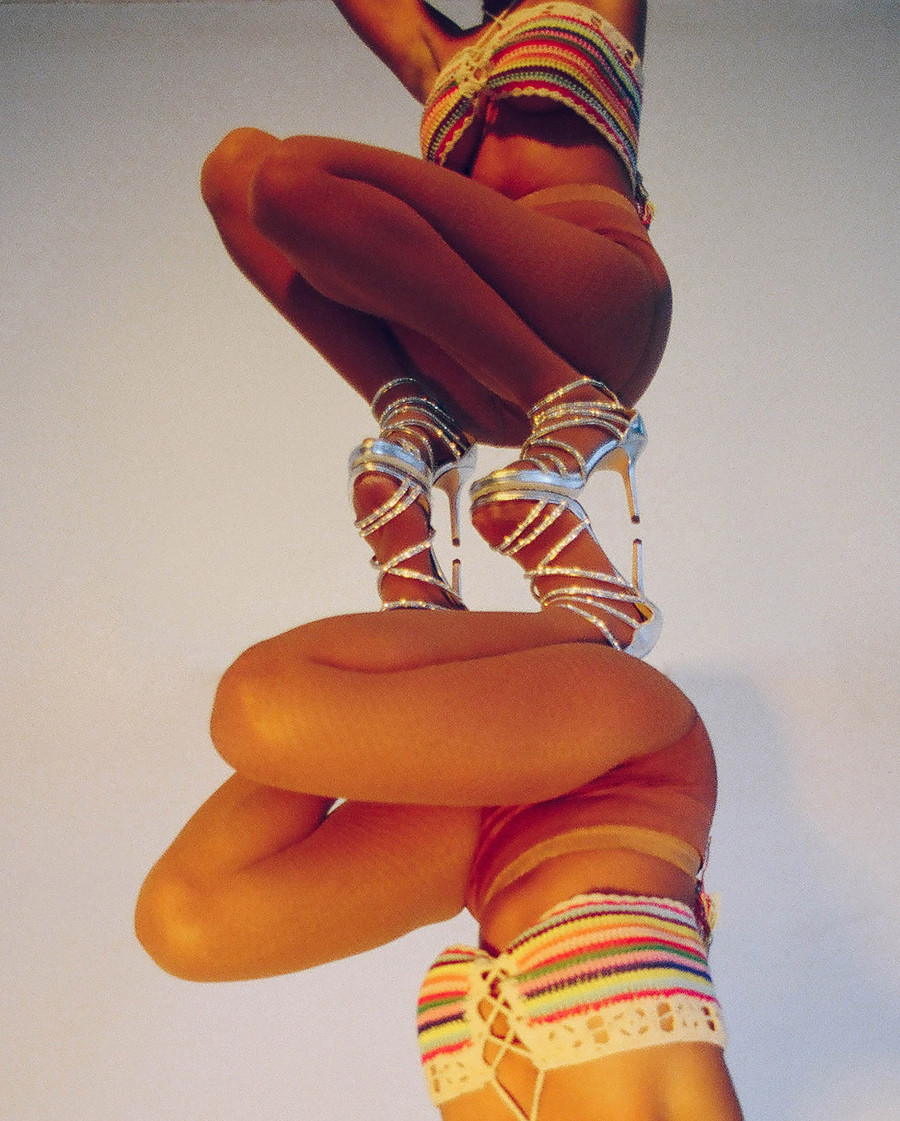 A Navy sailor donning a military-regulation haircut sat next to me at Club G-Spot, an American strip club on the island of Guam. I watched the topless dancer on stage as I tugged at the halter top of my sheer minidress, aware of the visibility of my nipples. I sipped my vodka cranberry as the man next to me said, “I could take you out of here. Don’t you want a better life?” Did he perceive me as broken or for sale? I sucked down my lady’s drink, a concept borrowed from Japanese hostess bars. He’d paid $20, but it wasn’t just for the mini-cocktail that contained a half-ounce of liquor. The fee granted him a conversation. I’d profit $9 from each drink, and the mamasans—the elder Asian cocktail waitresses who often had been sex workers in their youth—made $1.

The tiny U.S. territory of Guam is 13 degrees north of the equator in the Pacific Ocean—south of Japan, China, South Korea, and Russia—which makes it a key location for the military. It’s also a popular tourist destination. Guam has no red-light district, but strip clubs, hostess bars, sex shops, and massage parlors still dot the approximately mile-long strip of the Tumon Bay, existing alongside restaurants, malls, hotels, an aquarium, and other family-friendly businesses. When the first strip club opened in the 1970s, mainland women were shipped in as entertainment for the military—a tradition that has continued. Sex work is an open secret in Guam, and it has earned the island a nickname: Pleasure Island.

When I arrived in Guam, a U.S. flag outside the airport clanged against the flagpole, flying next to Guam’s—dark blue with an almond-shaped emblem, and an illustration of a proa sailing off the shore of the island. I watched the waves of the Tumon Bay in the distance as I waited for the G-Spot manager to pick me up. “This is where America’s day begins!” he said as he threw my suitcase into his trunk. It was 2009, and I was feeling the impact of the Great Recession. Three years earlier, I’d made so much money stripping in Portland, Oregon, that I paid my college tuition without the assistance of loans, but my workload changed when the economic recession hit the United States. I was forced to drop out of school and max out my credit cards, but that still wasn’t enough to turn the tide. My car was repossessed, and I couldn’t afford my rent.

I’d learned that sometimes dancers would move to Guam to work; under the threat of homelessness, the prospect glinted differently. I was enticed by the opportunity to sign a contract and receive round-trip airfare, shared housing, and $450 for every six shifts worked, so I hopped on a plane with the promise of dancing at G-Spot. During my first shift, a young man in the U.S. Air Force shared his story about Marine heroics in World War II, punctuating his anecdote with Jameson shots. He recounted a ubiquitous tale: Japan invaded and subjected the Indigenous Chamorro people to horrid abuses—slave labor, rape, starvation, and beheadings—until U.S. Marines saved the island. Many of the locals therefore believed they owed the U.S. military, which in turn increased their patriotism. In this Air Force member’s point of view, this was the reason American patriotism was as gauche as the G-Spot sign with a topless woman riding a giant red G.

At G-Spot, I often heard, “I’ll take care of you.” The recruiter spoke, dragging his gaze from my nipples to my face. “Surely you want more than this?” I nodded to appease him, but he didn’t know me, and he didn’t need to. He didn’t need to know that single men who were also stationed in Guam often gave savior speeches, but they all blended together in my mind with no defining features other than their general whiteness. These men were desperate for companionship, forgetting (or ignoring) that strippers provide fantasy. I often had affection for my customers, but I didn’t feel attracted to them. This dance was much more complicated than any pole trick because I’d learned that a customer must believe there’s real attraction or desire between themselves and a stripper to offer to save her from her lifestyle. “You wouldn’t even have to work,” he’d say. “I’ll provide everything.”

Sex work is an open secret in Guam, and it has earned the island a nickname: Pleasure Island.

According to the 2015 PBS documentary War for Guam, the United States made a similar promise to the Chamorro. But because the villages were destroyed when the Marines recaptured the island in August 1944, most of the locals lived in refugee camps. Meanwhile, 75 percent of the landmass was confiscated to build military bases that were considered necessary for fighting Japan during World War II, leading to the seizure of much of the arable farming land. The United States manipulated the Chamorro during this process. In one case, the United States paid the Chamorro $7 ($102 today) for each plot of land. Then, instead of than hiring Chamorro to do construction work, the U.S. military hired foreigners because they knew they could pay foreign laborers less than natives. And when the Chamorro requested citizenship, the United States denied them.

“These people have not yet reached a state of development commensurate with the personal independence, obligations, and responsibilities of United States citizenship,” Claude A. Swanson, former Navy secretary, said in a 1937 statement. “It is believed that such a change of status at this time would be most harmful to the Native people.” The Chamorro weren’t granted U.S. citizenship until 1950. And it’s still limited: The U.S. president retains full control of land use, and Chamorro citizens vote, but their vote is merely symbolic in federal elections. Even now, Guam is still controlled by the United States, with 30 percent of the land under military control, and much of the economy still dependent on military occupation and spending. Currently, 5,000 Marines and their dependents are in the process of being relocated from Okinawa, Japan, to Guam. And still, Guam’s citizens enlist at higher rates than any other region.

Before the Spanish invaded the island and America occupied it, the Chamorro were a self-sustaining people. Now, there’s an almost cultish belief among some of the people that the U.S. military is a necessary entity that helps the Chamorro achieve a better quality of life. Yet, poverty and unemployment are high for the Chamorro. Guam’s economy still remains dependent on the military, just as my economic power would’ve been dependent on the customer acting as faux savior if I’d agreed to let him take care of me. When seen from this perspective, it’s hardly a better life—and one with little pleasure at all. 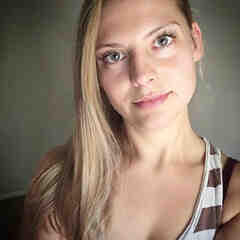 Natassja Schiel’s memoir about stripping on the island of Guam is being shopped to publishers. Schiel’s work has been featured at Longreads, the Los Angeles Review of Books, the Millions, and others. Her cat, Raja, is going blind, but she still loves to fetch. They’re both persistent.