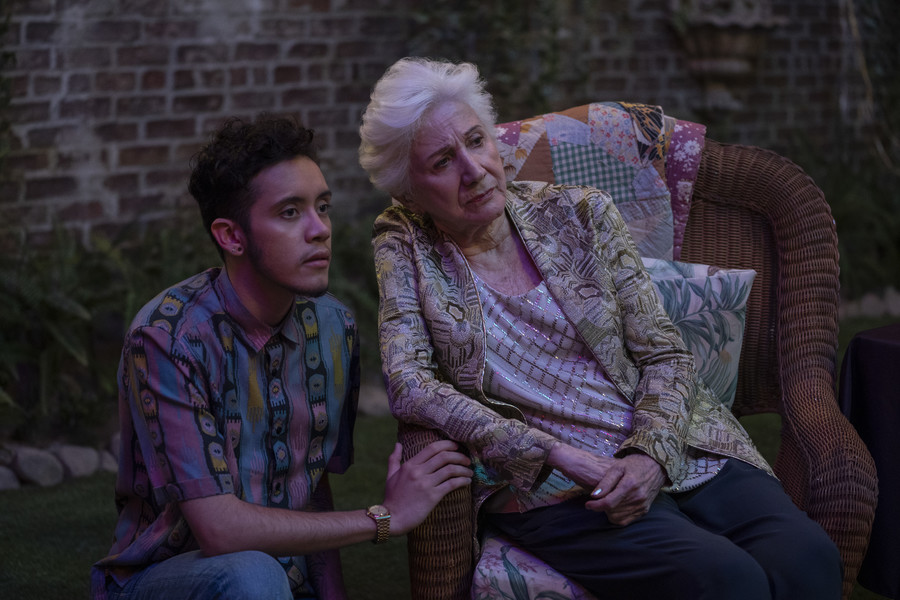 It has been 50 years since the Stonewall Uprising launched the fight for LGBTQ rights and justice, and as people across the United States and around the globe celebrated Pride, Netflix also bestowed us with the highly anticipated reboot of Tales of the City, Armistead Maupin’s 1970s and ’80s novels that were adapted as a miniseries in 1993. The 2019 iteration, executive-produced and written by Orange is the New Black alum Lauren Morelli, centers around Anna Madrigal (Olympia Dukakis), a 90-year-old transgender woman who serves as a mother figure for the tenants of 28 Barbary Lane, including Jake Rodriguez (played by breakout nonbinary actor, Garcia), a trans man in the early medical and social stages of transitioning, Shawna Hawkins (Ellen Page), a queer 20-something, Margo Park (May Hong), a lesbian (and Jake’s partner), and a variety of other LGBTQ people who have made Barbary Lane their home.

In our collective LGBTQ memory, prominent trans and queer figures are oftentimes remembered as selfless martyrs who sacrifice themselves for the betterment of their community. Sylvia Rivera and Marsha P. Johnson are  the trans women of color revolutionaries who are often credited for igniting a  fight for human dignity at the Stonewall Inn in the early morning hours of June 28, 1969. There’s no doubt that Rivera and Johnson are deserving of reverence and recognition: Their activism, which included providing homeless queer youth with resources, had an indelible impact on the LGBTQ community during a heightened fight for freedom.

As Madrigal’s history is gradually unearthed on Tales of the City, however, we witness the ways in which she intentionally distanced herself from the fervent protests of the 1960s and, as someone who tended to “pass” easier than other trans women, focused on becoming a housewife and conforming to conservative, heteronormative standards of womanhood. Her regret and shame over failing her trans sisters decades earlier fuels the show’s main plot—Anna is being blackmailed into selling Barbary Lane by a mysterious person who knows that she hasn’t always been the community-focused activist she says she is. Even as Jake discovers and accepts his gender and sexual identities, he sometimes makes decisions that cause turmoil for him and his girlfriend, Margot. Anna and Jake’s internal struggles and their relationship to each other highlights the importance of intergenerational trans community and allows for a groundbreaking and holistic portrayal of trans identities.

Early on in the season Jake and Margot pick up Anna’s birthday cake from a local bakery, which gives them the dessert for free (a clear sign of Anna’s importance to her community). While there, a fellow customer asks Margot if she has kids, a question that Margot, who identifies as a lesbian, balks at. Jake, on the other hand, is excited that a stranger perceived them as straight couple—and that he “passed” as a cisgender man. “We know we’re queer, no one’s taking that away from us,” he asserts, which Margot retorts to with an age-old riddle, “If a couple of queers walk down the street and no one knows it, are they still queer?” Margot’s proposing that abandoning overt queerness abandons their community. On Tales of the City, self-identifying as trans or queer doesn’t automatically guarantee visibility or validity.

When Anna’s party ends, Jake finds her asleep in her wicker chair and carries her to bed, where he confesses that he’s starting to be attracted to guys for the first time and that even though it feels so good to be in a body that looks the way he’s always felt, it’s odd to experience the new way that the world relates to him as a man. “Yes, I remember that part,” Anna empathizes. “It’s as if the very ground underneath your feet has shifted.” Jake’s constant care for Anna symbolizes the emotional and spiritual support intergenerational trans communities provide, and throughout the show, we see how the oral histories and tidbits of knowledge help to affirm and encourage transgender youth. And yet, Anna struggles with the idea that queer people must sometimes relinquish comfort and familiarity for change and truth.

It is in a sepia tinted, vignette framed flashback episode that we finally learn about Anna’s past. Even after having been warned by her friend, Isela (Daniela Vega), about  the constant abuses and thefts trans women suffer at the hands of the police, Anna dates and falls in love with a police officer. Anna’s dedication to her community is tested the night of the 1966 Gene Compton’s Cafeteria riot, where, when trying to help a battered friend, she is arrested and, subsequently, outed. Though he knows that their relationship can’t continue, Anna’s beau still gives her the money that’s been stolen from her friends. “So, I took the money,” Anna finally confesses. “I took the money, had my surgery, and I bought Barbary Lane. And it became a safe haven for me and many others.”

Anna and Jake’s internal struggles and their relationship to each other highlights the importance of intergenerational trans community and allows for a groundbreaking and holistic portrayal of trans identities.

Though Anna was reluctant to fight in her youth, her past choices circuitously instilled the fight—for community, family, and Barbary Lane—in others. It is the family of Barbary Lane, after all, that persists toward truth and justice, rejecting Anna’s outlook that “sometimes the truth is a burden you have to carry alone.” Instead, we come to understand how the strength to fiercely advocate for and love oneself oscillates through generations of LGBTQ communities. It’s almost fateful then that Jake, backdropped by a blood-orange morning sky and cover of Fleetwood Mac’s “Landslide,” is the first to learn that Anna has died. Kneeling and crying by her side with her hand in his, it feels as though Anna’s life as a transgender woman— the mistakes, the pain, and all the hope that came into being—is transferred to Jake. It’s her flawed history—and the flawed history of our queer ancestors—that serve as portals to the past and lay a stable foundation beneath our forward-moving feet.

Read this Next: BitchWatch: 10 TV Shows Feminists Should Watch this Summer 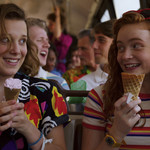 by Marina Watanabe
While the movie industry’s health remains in question, we can thankfully take refuge in television. 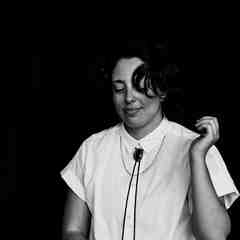 Annette Covrigaru is a gay/bigender American-Israeli writer and photographer. They’ve been awarded a Lambda Literary Emerging LGBTQ Voices Nonfiction Fellowship, and their work has appeared in Entropy, Gravel, Cosmonauts Avenue and The HBO Inspiration Room, among others. They live in Brooklyn and on Instagram at @a.cov__.