Reframing Abortion to Breathe Life into a “Culture of Death” 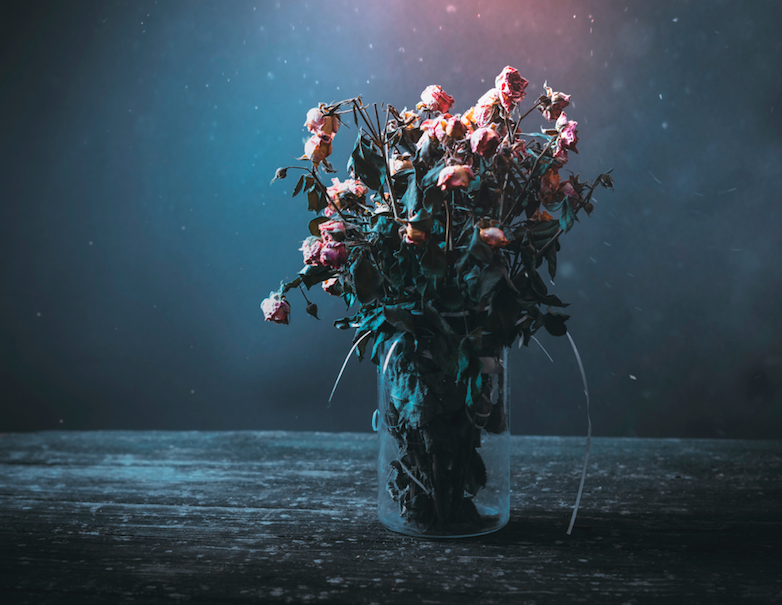 January marks the 46th anniversary of Roe v. Wade, which is why tens of thousands of antiabortion activists are choosing, as they have every year since 1974, such a chilly time of year to travel to Washington D.C. for the March for Life, a gathering that has grown steadily since its inception to become the largest pro-life event in the world. As they’ve done for decades, march participants will use the leading pro-life event to express the leading pro-life idea, that life begins at conception; the notion is jauntily expressed by the theme of this year’s march, “Unique from Day One.”

For those of us who work to reduce abortion stigma, such claims can be frustrating and send us in intellectual circles. We know that we are neither evil nor confused, and that our experiences of abortion have been marked by wisdom and care. And yet how can we prove that abortion doesn’t end a life? How can we define “life,” or refute someone else’s definition of when a human life begins? I want to ask a different question: What if the issue of whether life begins at conception doesn’t really matter? In other words, what if we simply owned that abortion is beneficial, essential, and sacred—even if life does begin at conception?

Abortion care workers and pregnancy options counselors have long acknowledged that abortion involves a kind of death. Charlotte Taft, former president of the Abortion Care Network and a pioneering abortion provider and counselor, notes that just as joy and relief can show up in abortion experiences, “there can [also] be grief, because we are talking about death, about not carrying a life forward, and we don’t know how to talk about the ending of life in a way that honors life.” Melissa Madera, founder of The Abortion Diary, echoes Taft; Madera has listened to hundreds of people tell their abortion stories, and she notes that feelings about death can play a part in those stories. “Even though this is not a being that exists in the world already,” Madera told me, “we’re deciding whether or not life will go on—and there is death involved in that, in order to choose life, or a different life, for yourself.”

But this perspective is one that the mainstream pro-choice movement has shied away from, and Taft notes that there’s a tension between people’s lived experiences and conventional pro-choice messaging. To acknowledge “the complexity of [the] choice to not bring new life into the world, and in fact to end life,” she says, “is controversial even within the pro-choice movement because we don’t know how to talk about the life and death part of abortion.”

We don’t know how to have that conversation in large part because antiabortion forces have for so long shaped the terms of the debate. For centuries Western patriarchy, capitalism, mainline Christianity, and militarism have instilled and stoked fears about darkness, ambiguity, and death, laying the groundwork for contemporary antiabortion rhetoric. By the time Pope John Paul II described “a dramatic struggle between the ‘culture of life’ and ‘the culture of death’” in the early 1990s, our culture had already grown to associate “life” with goodness, and to profoundly stigmatize death. The Pope’s stern coinages provided antiabortion activists and politicians with seemingly unimpeachable language to describe their positions: Using his rhetoric, they hail the March for Life as “promoting a culture of life,” and decry Planned Parenthood for “leading the culture of death.” And while pro-choice commentators point out that pro-life policies remain oddly indifferent to actually improving people’s lives, we have rarely stopped to question what exactly constitutes a culture of death, and whether such a culture is inherently bad.

Over the past decade, growing numbers of culture creators have been asking exactly those questions. In 2013, entrepreneur and writer Michael Hebb started the organization Death Over Dinner to bring people together to discuss the taboo of mortality; “The way we die in western society is broken,” Hebb told The Guardian last October, “We are death-illiterate.” Barbara Ehrenreich’s newest book, 2018’s Natural Causes: An Epidemic of Wellness, the Certainty of Dying, and Killing Ourselves to Live Longer, begins from a similar premise, going on to explore and challenge the ways that “wellness” culture refuses to acknowledge the inevitability of dying.

Then there’s Caitlin Doughty, a mortician who founded the wildly popular site The Order of the Good Death in 2011 to make space for “death acceptance.” An alternative death-care industry has flourished as well, such that death doula and death midwife trainings are available throughout the United States, with people as invested in “home death” as many others are in home birth. Each one of these projects asks us to think about the toll that our fear of death takes on us—and, further, to think about what a destigmatized relationship to death might look like.

These aren’t necessarily simple questions or thought experiments, of course, particularly for people who are Black or brown, who are women, who are queer, who are trans. For those whose lives and deaths are regularly dismissed and whose deaths are so often a silent event at the periphery of a news story, what does an empowered relationship to death look like? For those who are busy fighting to live, does embracing death feel like an indulgence we can’t afford? Yet death is, and must be, separable from misogynist and white-supremacist violence, from injustice and hatred. Murder and death are not the same thing.

This point is worth lingering on, especially in the context of abortion. In a culture so profoundly afraid of death, it’s no wonder we have a hard time differentiating between murder and death—and that we’re compelled to see any kind of death as unfortunate, violent, and bad. Such a perspective is evident not only in antiabortion rhetoric, but also in common pro-choice talking points; “If you’re so against abortion,” pro-choice folks say, “Why aren’t you against capital punishment, or war?” But such a comment conflates two very different kinds of death, implying that abortion involves retaliation, anger, and punishment. The truth is that people who have abortions do so for profoundly different reasons than those who wage war or implement the death penalty.

“Women are not the enemies of our children,” notes the Abortion Care Network, “even those we decide not to bring into the world.” To see war and abortion as even marginally equivalent is to reinforce the binary by which the “culture of life”/”culture of death” worldview prevails, a binary that whittles down lived complexities—and, I might add, radically different biological contexts—to a glaring, untenable black and white.

This binary has been a long time in the making. When Pythagoras constructed his table of opposites in the 6th-century BC, he associated femaleness with evil and darkness—Western shorthand for death. In fact, not only have women historically cared for the dead in many cultures, but death itself has often been represented as female: think the Keres of Greek mythology, the banshees of Irish mythology, and Mexico’s Santa Muerte, or Saint Death, a folk saint who has seen a revival in recent years. Such figures have traditionally held great power, mercy, and wisdom, and they gesture towards an important point: It’s not the binary by which we associate femaleness with death and darkness that’s ultimately the problem, but the desire to eradicate one entire half of experience

In a culture so profoundly afraid of death, it’s no wonder we have a hard time differentiating between murder and death—and that we’re compelled to see any kind of death as unfortunate, violent, and bad.

Years ago, Charlotte Taft put up a sign outside her office in Texas: “At this clinic we do sacred work that honors women and the circle of life and death,” it read. “When you come here bring only love.” Taft told me that she’s worked for decades to acknowledge death in the context of abortion not only because she understands firsthand how many of her clients need that language to make sense of their experience, but also because she sees an opportunity to shift public conversations. “It’s not a question of whether or not abortion is killing,” Taft told me. “The question is, how do you handle ending that life, and what does that mean to you?” For Taft, if we could get past the former question and focus on the latter, we’d see better abortion counseling and care, reduced stigma, and improved outcomes for patients: “If providers could help women reckon with the death part of abortion, it would help with the horrible dualism of this conversation. More women would understand—you are not the first and last woman who is going to have the courage to say no to a life.”

The effects of publicly naming and owning such courage could ripple far beyond the realm of abortion. On a recent episode of the podcast Bliss and Grit, spiritual teacher Jeannie Zandi spoke about how ill-equipped our culture is to honor both blossom and rot, action and inaction, light and dark; her reflections reveal just how unsustainable the “culture of life” crusade really is. If pro-life activists were successful in achieving a world absent the “death” half of the Pythagorean table, they’d banish not only femaleness and darkness, but motion, multiplicity, and infinity; they’d force us to live in a blinding, relentless glare of light.

Like Zandi, I’d rather live in a world with room for both light and shadow; one with room for Santa Muerte, the female death saint described to me by my friend, the sound artist Amanda Gutiérrez, in this way: “For my grandmother and also for my great-grandmother, death represents a goddess, a female figure of justice, equity, and strength. It is because they were the third generation of the Zapotec indigenous culture, where death represented a step forward to another space of liberation and transcendence.”

If we want to change the conversation about abortion—and about life itself—it’s time for us to step forward into another space, time to acknowledge just how graceful, compassionate, and courageous “a culture of death” would really be. Instead of fleeing from ambiguity and darkness, such a culture would have the intellectual strength to reckon with Charlotte Taft’s vision: “Abortion is a circle. Within that circle there are many contradictions, but there are no sides. You don’t have to be defensive if you have already owned it.

Read this Next: When It Comes to Reproductive Rights, We Need More Than Science on Our Side 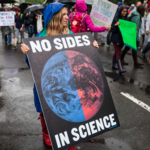