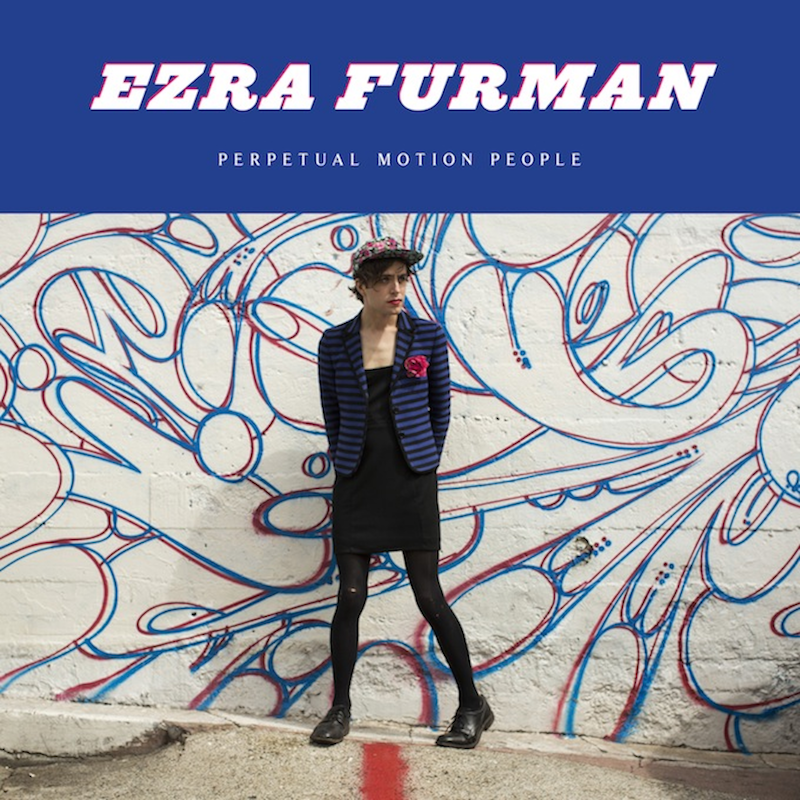 This summer, Ezra Furman’s song “Body Was Made” has become an anthem of mine. Singing along to a catchy bass guitar line, Furman sings in a growl, “My body was made this particular way/ There’s really nothing any old patrician can say/ You social police can just get out of my face/ My body was made.” It’s a rare song that’s as emotionally resonant as it is danceable. Furman, who is 29 and “gender-nonconforming to the bone,” strives for this balance in his music and fiery performances: lyrics that take aim at the haters of the world, set to a burn-the-dance-floor-down beat. Since 2012, he has been touring and recording with the four-piece band, Ezra Furman and the Boy-friends, and his most recent album is 2015’s Perpetual Motion People.

At Pickathon music festival this month, Furman took the stage decked out in a dress and classy pearls and made a point to dedicate the song “Body Was Made” to “the queers in the audience.” As he launched into the number, friends hugged each other and the crowd sang along—it was a big, dancing pile of love.

I got the chance to talk with Furman before his set and was happy to find that, out of the spotlight, he chooses his words as carefully as you’d expect from an incisive poet. We started out talking about how he’s uncomfortable with the the word bitch—“I just feel like it’s not mine to say. Usually when people say it, it betrays the built-in misogyny that’s everywhere that I’m trying to not have as part of who I am.”—and moved on to talking about gender, sexuality, and rejecting traditional ways of existing.

SARAH MIRK: I love this essay you wrote recently for The Guardian about Lou Reed, David Bowie, and androgyny. In there, you talk a lot about being in a liminal state, about not wanting labels. I think that’s hard for a lot of people to understand because they find strength in labels, in feeling like they have an identity that makes them part of a community. I was hoping you could dig into that—how it feels to be not seeking a category for your gender, sexuality, and music versus really trying to find and define who you are with a label.

EZRA FURMAN: It’s an odd place to be because there’s just so many people who I know, love, and respect who really depend on categories and take pride in them. I have no intention of trying to disparage belonging to a group in an intentional, healthy way. Categories and parades are important. For me, for whatever reason, it’s been important to not be interested in categories. I’m not sure why or what’s at work here, but they feel reductive to me. If there’s a category like male or female or even more queer than that, like a term like genderqueer—these kind of labels people put on themselves for convenience or because they identify with them, I just don’t like to do that. I think the reason I don’t like that is it suggests that there’s an existing model that I can just fill. I don’t want to do that.

You want to burn it all down?

I don’t want to burn it all down, I just want to think of people as utterly unique. Each person is their own category and their whole own language that you have to take more seriously than, “Oh, this is one of those people, so they’re going to be like this.” That’s such a strong statement; it’s hard to say without seeming disrespectful to people who are like, No, I am whatever category.

What pronouns do you use these days?

I use he/him/his, really by default because I don’t relate to any of it. I just don’t relate. That’s another strange thing. I just figured out for myself that gender is sort of these labels and it doesn’t mean anything, you don’t have to do anything to live up to whatever, it’s just a way to refer to yourself. And then around the time I was figuring that out, I learned what it is to be transgender—which is to really insist, against what the whole world says about you, that you are a certain gender, that gender can be life-savingly important. I don’t relate to that personally, but I have total respect for it. A lot of this stuff is not catchy, it’s not pithy.

Well it’s serious stuff. I think if you’re thinking deeply about it, you’re not going to have a soundbite for it.

Yeah, and if you try to have a soundbite for it, it sounds wrong. Like saying just “I don’t believe in categories! A person is utterly unique!,” that’s disrespectful to people who do care about categories.

I think that mindset—that categories don’t matter—can ignore how our culture and society are built around categorizing people and the consequences of that, both historically and now. When someone’s like, “We’re all just one human race!” I’m like, “Well, there’s a history of systems built on race; you can’t just ignore it.” And the same thing with gender—there’s a difference between you identifying your own way and being your own person and saying gender shouldn’t matter to anyone. Because in our society at large, gender does matter. But that doesn’t mean it has to matter in that same way to you.

That’s part of why I keep sticking with male-gendered pronouns. On the one hand, I have the privilege of it not mattering that much to me. It doesn’t wreck my life to be called male. But there’s also some element of being always able to pass as male. That gives me privilege. To me, it would be like denying that I have white privilege. I have male privilege. I have white privilege. My feminine-presenting dressing is discretionary. I do have my share of gender dysphoria. It has caused me a lot of pain to grow up with a certain kind of maleness put on to me that I never related to. It’s really caused me a lot of pain. But, you know, also I still have the male privilege thing going on.

When do you feel like you got more comfortable stepping outside of traditional male presentation? I mean, it’s an ongoing process, but—

Yeah, it’s an ongoing process. I remember as a teenager secretly wearing feminine clothes when I could borrow somebody’s something in secret. I think it was about five years ago that I wore a dress in public. And that was on stage, because it felt like a safer place to explore that. Like, it’s a show! It doesn’t tell anyone anything about who I am; they’ll think it’s a gimmick. It’s a very odd thing to negotiate this partly on stage.

I was curious how performing on stage has made you think about performing gender presentation and sexuality the rest of the time. On the one hand, being on stage can be a safe place to be different—

To be a weird artist!

Right, to be a weird artist! But then how does that affect how you see yourself off stage?

It’s thorny. People have often assumed that it’s a stagey thing, that it’s a gimmicky thing, like my real self is just this regular hetero male person and I just have this stagey feminine person. But it’s really not like that at all. It’s almost the inverse of that. I’m gender-nonconforming to the bone. To do it on stage was an outlet to finally start doing that in my life. Immediately as soon as that started feeling comfortable, I started to present feminine off stage more than on. I was wearing a dress on an album cover before I was dressing feminine regularly in my private life.

It seems like you were worried about people interpreting your outfits as just a way of “being freaky” on stage. But those outfits mean something totally different if it’s reflecting a part of who you are.

That’s right. At some point, you have to stop trying to manage other people’s image of you. There’s always going to be some people who think it’s a gimmick, but it changes it very much for me that it’s not Ziggy Stardust. I still want to be casual, though. If I wear a nice dress, makeup, and a bunch of pearls on stage, that’s actually not how I would dress everyday—I don’t usually get fancy.

How do you describe your aesthetic these days?

I’m going to be real about this: I think my biggest influence is just some kind of panicked nausea of going to buy clothes. I’m a monster; I’ll never look how I want to look. I’ll just be looking through racks of clothes feeling horrible about myself, usually, and then I’ll find something that makes me think, “I think I can pull this off for some reason.” I guess I want to put it that way because people dealing with picking out clothes, trying to make themselves look the way they want to look— sometimes it’s nice to know that other people feel that bad about themselves while doing it also.

Well, buying clothes can bring up a lot! A lot of times it comes up most when you’re getting a swimsuit—that’s the time when I’m most personally out of sync with how I want to look, so it can be a stressful experience.

That feeling of, “There is no version of me that looks like the ideal I’m yearning for.” I don’t know. Because I’m coming to dressing feminine in my mid-twenties, I was way behind. I was like a 13-year-old girl. I was putting on eye makeup really badly. Looking at pictures of models and [makes pouty sound].

I’m thinking about starting to just wear all black. I’m getting into the idea of being goth. I’m not sure I’m actually going to do this, but I was having a really depressed week and thinking about goth culture. I was picking out all black things to wear and I was like, I think it actually makes you feel better if you focus on feeling bad. Rather than feeling bad and trying to look like you don’t feel bad, which is what most people try to do to a certain extent.

I don’t think goths are really sad, though. I think that’s a misconception. I think a lot of goths are pretty happy.

Yeah, the people I’ve met who are goths seem like they’re really happy people. And I thought, “I want to be part of your world.”

So, in conclusion, what do you find yourself writing songs about these days?

Recently, I’ve been trying to do something way better than anything I’ve ever done. That’s what I’m always trying to do.

Relevant: The Raw Emotions, Music, and Activism of Thao Nguyen 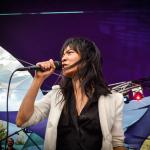 by Emilly Prado
She not only brings down the house—she's a committed prison reform activist.