Talking to Your Kids About Trump | Bitch Media

Talking to Your Kids About TrumpDon't Sugar-Coat His Bigotry, They Need to Know the Word “Racist” 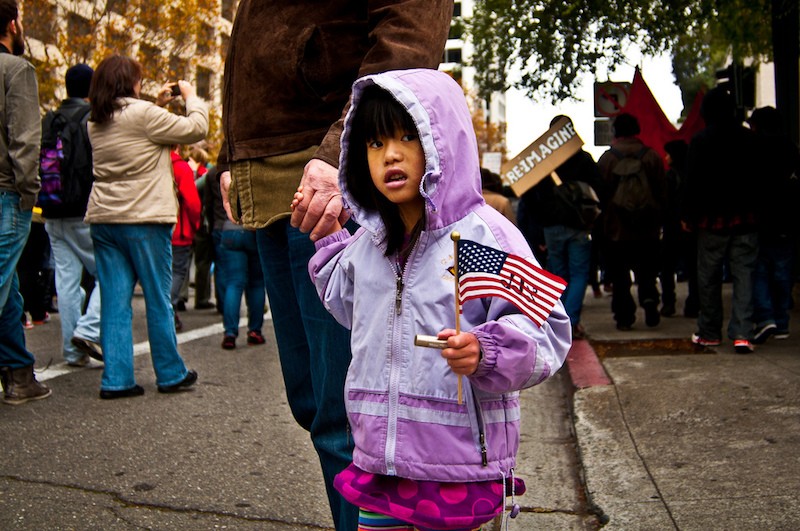 I woke my 8-year-old son up for school on Wednesday morning and, after asking how he slept, said to him, “I have something to tell you. It’s bad news. Donald Trump was elected president Tuesday night.”

He had gone to bed the night before believing that while he was asleep, we would all learn that Hillary (as he calls her) would be next in line for the highest elected office in the land (“the first girl president,” he hoped). Through tears, I explained quickly and without mincing words that hate had won instead. “Do you remember how we’ve talked about racism and sexism before?” I asked. He nodded. “Well, it turns out a lot of people in this country are more racist and sexist than I believed, and they voted for Trump, whose whole campaign was based on that.” I told him I was sad and worried about what would happen with Trump as president, but that there was something he could do for me today that would help. I bent down at this point and began running my hand through his hair, smoothing it back. “I need you to love harder now. I need you to care more about other people than ever before. Can you do that?” He nodded again, putting his hand on my arm. “I especially need you to love and care for the brown and Black kids, because Trump has specifically said terrible things about Black and brown people and has promised to treat them poorly and unequally. Be nice to girls. Be extra kind to all the kids who don’t look like you.”

He responded, “I’m always nice to everyone!” and smiled. I cried harder. “I know, but make sure you think about it a lot today. For me.” Then I told him I loved him, he hopped out of bed, and we began our first day under President-Elect Trump.

That is how my husband and I talk to our son about the world. We are not experts in parenting and don’t expect other parents to make these same choices—in fact, this whole gig is ad hoc, make-it-up-as-you-go in ways that are sometimes terrifying. I think lots of parents felt that terror last night as they went to bed, wondering how they would talk to their children in the morning. We have agreed to always meet these moments head-on, truth first, no equivocation, and with our hearts and emotions on our sleeves for him to see.

Last year, I woke him up and told him about a white man who had gunned down peaceful Black people in church while they were praying. Earlier this year, I explained to him that a man had gone into a club in Florida and shot a bunch of people simply because of who they choose to love. We have talked about Tamir Rice, HB2 in North Carolina and transphobic fears, gendered violence, hatred toward Muslims, how poorly we treat people with physical and mental disabilities, and legislative attempts to deny bodily autonomy to people who can get pregnant.

These conversations come in short bursts, sometimes lasting no more than 30 seconds or a minute. He asks a question—“Why did those cops shoot that kid, Mom?”—and I answer as best I can without sugarcoating it. “Well, you know how we’ve talked about how people are racist and treat Black people poorly simply because they are Black? Those cops assumed that boy was dangerous simply because he was Black, and they shot him because of it.” He is often incredulous. “I don’t understand,” he’ll say. I always respond, “I don’t either. But we have a long history in this country of treating people of color, especially Black people, this way. It makes no sense and it is terribly sad.” He will usually then bounce to the next thing. He and his young mind never sit still for long.

These are hard conversations. Sometimes I desperately struggle to answer his questions with as much truth as he can handle. But really, also, I struggle to answer with how much truth I can handle. It’s hard for me to admit to my son how bad things are, how we are all implicated in that, and how so much of what is unfair about this world will never have an effect on our lives. But honestly, the fact that I could withhold these conversations, if I chose to, is a huge reason that I refuse to withhold them. My son is walking through this world with so many advantages that he has received without ever earning them. If we didn’t address racism or sexism (or a myriad of –isms) with him, he wouldn’t ever have to think about them nor interrogate how we are all participating in them. Kids of color, poor children, girls, LGBTQ youth—these are children who face these realities all the time whether we prepare them for it or not simply because they exist in this unkind world.

So, while we teach him about things like racism and sexism, we also teach him about empathy, compassion, and consent. We teach him to love and to care for others. We are constantly asking him to imagine himself in other people’s shoes. We try to model these things for him and we apologize when we fail to do so. And we talk about it all openly and consistently. That’s why I can begin conversations with “You’ve know how we’ve talked about” and then slot in the appropriate background for explaining whatever the topic is this time around. The conversation is always ongoing, never finished.

We want him to be a person who thinks of community over and above his individual self when it comes time to make decisions that affect more than just him. There’s no way to do that if you don’t tell him about the community, the good and bad of it all, and make it clear that his choices have an effect on other people.

But, you know, he’s only eight. This all sounds heavy when I sketch it out like this, and sometimes it truly is. Most of the time, though, it’s a couple conversations a few times a week, maybe. The vast majority of the time we spend on being empathetic and kind. And if there is anything this country needs right now, it is more empathy and kindness. 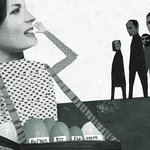 by Katie O'Reilly
Paid egg donation is often framed as a miraculous, even selfless, act when in reality it is a big business that hinges on well-oiled marketing and recruitment practices.