Tananarive Due on Octavia Butler, “Get Out,” and the Future of Black Horror | Bitch Media

Tananarive Due on Octavia Butler, “Get Out,” and the Future of Black Horror 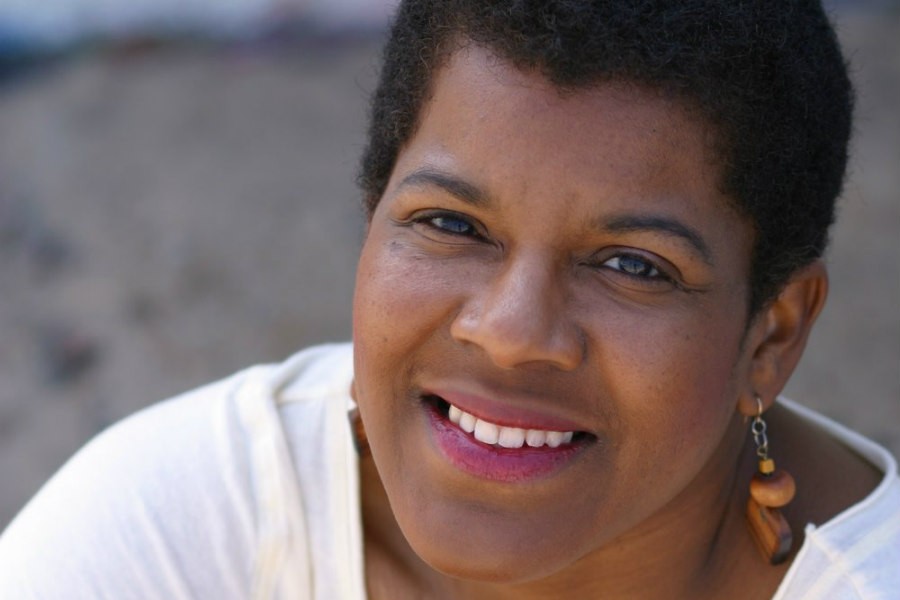 Photo via Tananarive Due

The daughter of civil rights activists and an innovator of social justice in her own right, Tananarive Due’s passion for storytelling has been revolutionary from the start. Evident in her most recent collection Ghost Summer, her afrofuturistic scholarship, and her forthcoming University of California, Los Angeles course inspired by Get Out, Due’s work simultaneously exalts the traditions and narratives of the African diaspora and provides models for dismantling white supremacy and racism.

Shortly after the publication of her debut novel, The Between, Due met sci-fi icon and MacArthur genius Octavia E. Butler—along with noteworthy authors like Jewelle Gomez and Steven Barnes—at a Black writers conference, which led to friendship and the formation of her “literary family.” In the wake of the 2016 election, Butler’s prose helped Due cope with the unexpected election of Donald Trump. “It was a paralysis,” she recalls, “Octavia helped me break out of that, through her words and her writing.”

Much like Butler, Due is a pioneer in afrofuturism whose work has helped readers and activists envision a brighter and more just future. “I hope that there’s something in everything that I write that will change a reader’s awareness of racial history and help spur them to create change,” she explains. A few weeks ago, Bitch talked with Due about storytelling, her friendship with Butler, the importance of afrofuturism, and the radical power of empathy.

What role did storytelling play in your life as you were growing up? Who inspired you to start writing?

I was really lucky because both of my parents were storytellers, especially my mother, Patricia Stephens Due. I ended up writing a book with her later because she kept telling me stories from the civil rights movement and family history. She told the stories that people didn’t like to talk about, like the whites-only ice cream stand that refused to serve her but she went to anyway or how she joined the civil rights movement in 1959 and went to jail in 1960 with her sister and other Florida A&M students [who] sat at a lunch counter. Now that I see how history disappears, I have a much greater understanding of why she kept repeating the stories. My father was always scribbling away on his legal pads. He was usually writing essays, but he was also writing stories, so I got that impulse from both sides—the example of my father always writing and my mother’s oral storytelling and organization. 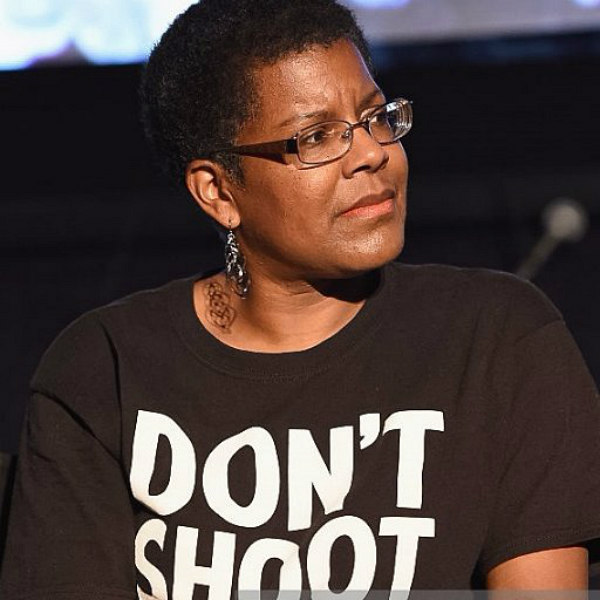 Photo via Tananarive Due

In addition to your activism, you’re known for your scholarship as an afrofuturist and your work as a novelist. What was the first narrative that really captivated you or that you saw yourself in?

I had to grasp my existence in the past before I could even think about what it would be like to project into a science fiction or fantasy scenario. I was 11 [when] Alex Haley’s Roots came out; [it was] the first fascination I remember having as a young reader. It’s not speculative fiction, but to read and watch a miniseries that [showed the] multi-generational aspect of slavery, how much was overcome, and that yes, there were languages and rituals before we came here, was super important for me. Mama Day was also a real turning point for me because Gloria Naylor was a respected writer with a high level of craft and she was writing about these issues of the metaphysical that I was interested in, but I had not seen a way to blend those two aspects of my personality in my work.

Since the aftermath of the presidential election, there’s been a renewed interest in dystopian narratives. As a reader and writer of science fiction as well as horror, what do you think these genres offer us in terms of building a better future? What can we learn from them?

There has been tremendous growth. It’s so invigorating that afrofuturism has really taken such a prominent place with N.K. Jemison winning the Hugo Award two years in a row and Nnedi Okorafor, who is just a superstar. It’s not perfect on the literary side, but it’s taken strides ahead of film and TV. There’s enough critical mass right now where books are getting optioned. That opens a lot of doors for screenwriters or a writing staff where you’re going to need an inclusive writing staff. I don’t think that it’s an accident as we as a country are looking for leadership models. All marginalized people in the U.S. have a history of activism, but I think that the Black history of activism is best documented in the civil rights movement. There’s definitely a relationship between the kind of people who enjoy afrofuturism and people who want to do real life world building even if they’re not Black, because it’s a model. [Take] Parable of the Sower for example. The protagonist is a Black woman, but she’s a model that can inspire all of us. She’s the one who had her eyes open. She’s the one who doesn’t have the luxury of dreaming that the world was better than it was. A lot of us, especially as a Black woman, don’t have the luxury of pretending. 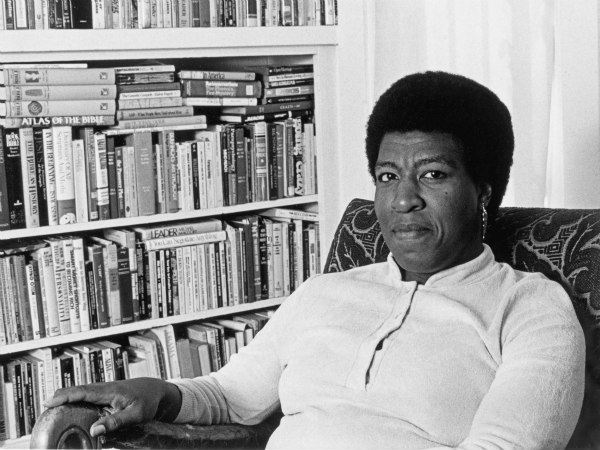 Speaking of Octavia Butler, you first met her back in ‘97 at at a Black sci-fi writer’s conference. Can you talk a bit about how her friendship and her legacy impacted your path as a writer and  activist?

It could hardly be more symbolic that right after I published my first novel, I was invited to the African American Fantastic Imagination: Explorations in Science Fiction, Fantasy and Horror

Conference at Clark Atlanta University. I was so happy to be there. Because I was published on the heels of Terry McMillan, a lot of my early exposure was in the Black book circuit. When I went to horror writing events, I was one of two Black writers there. It was like these two separate worlds. I didn’t know of a tradition of Black speculative fiction yet. In some ways, I was just a newborn being exposed to these titans in the field. Samuel R. Delany was there, a friend had told me about Steven Barnes—I was starstruck about meeting him [laughs]—and then boom there was Octavia Butler and Jewelle Gomez, this instant family. It was really profound.

I was just listening back to this interview with Octavia, where she talked about how special that conference was for all of us because it was the first. She kept a picture of all of the writers at the conference up on her wall. Once when we visited her, she called it her other family. There was this sense of family. Steve had known Octavia for more than 20 years. I met her professionally and saw her several times and spoke to her on the phone a few times, but I was incredibly shy around her. I never would have dreamed of just picking up the phone to shoot the breeze with Octavia because I was afraid I’d be interrupting her from something genius. I was very shy and I do regret that. It really did prevent me from seeking out a more intimate friendship with her. But hers was always the first Christmas card to arrive and she did ask me to blurb Fledgling and was very modest about it. We even talked about how we dye our hair.

I knew her as someone who liked to laugh. [She] was very passionate about the world and trying to preserve it in every way she could think of and trying to warn us off our path of destruction with every book in a different way. I think that’s part of the reason why so many readers are embracing her now because more of us are consumed with the questions she was consumed with. I think the rest of us are just catching up with her and realizing how precarious our existence can be.

Throughout your journey as an activist and a writer, how have you dealt with major struggles? What keeps you going when things are discouraging?

Honestly, it was literally Octavia’s Earthseed parables that got me past election day. The only lasting truth is change. Realizing that this is real, it’s cyclical, that we have to shake out of stupor and react. I couldn’t even process the election for days. It was almost as if it wasn’t real. It was a paralysis and Octavia helped me break out of that, through her words and her writing. For my own writing, it’s tough sometimes. I teach privately at two institutions, there’s Hollywood work from time to time, and I’ve been working on a novel for over three years. Sometimes writing makes me cry and the research makes me cry and it’s difficult, but fiction has a way of reaching people’s hearts in a way that the news can’t. It’s about empathy. That’s what works in fiction. The hope is that readers will be moved to some sort of action. Whether it’s educating people, donating to organizations, or calling a senator, but I hope that there’s something in everything that I write that will change a reader’s awareness of racial history and help spur them to create change. Maybe it’s [because I’m] the child of civil rights activists.

What advice would you give to emerging writers and activists, particularly those who work in digital spaces?