Soul SurvivorTarana Burke's “Unbound” Brings #MeToo Back to Its Roots 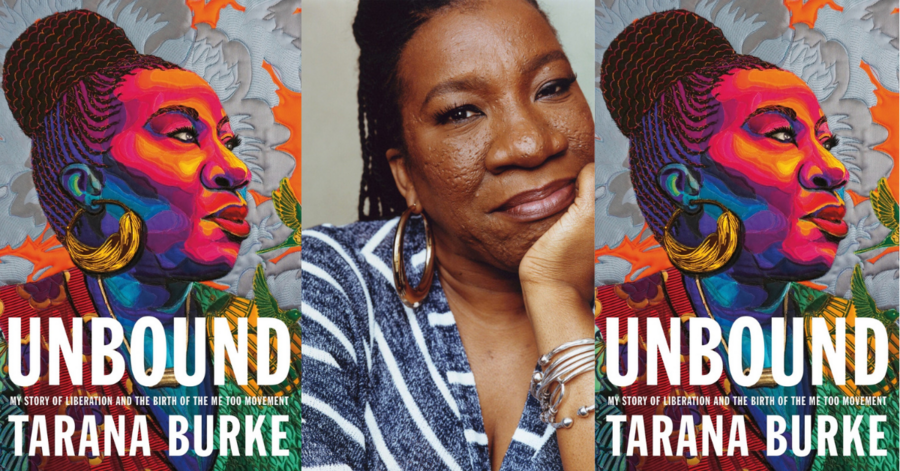 Tarana Burke, author of Unbound: My Story of Liberation and the Birth of the Me Too Movement (Photo credit: Dougal MacArthur)

In October of 2017, without any warning, Tarana Burke’s life’s work became one of the most visible feminist movements in the world. A tweet sent out by actress Alyssa Milano in the wake of public allegations against Harvey Weinstein spotlighted the movement Burke created in 2006 for Black girls and women who suffered sexual violence. Burke experienced many emotions as #MeToo went viral across the world: fear, anxiety, anger, confusion. She worried that survivors of sexual violence would be encouraged to speak about their experiences publicly without emotional support to process their trauma. She feared that her work would be co-opted by people who don’t have survivors’ best interests at heart. She was confused about the accelerating hypervisibility of a movement that had been focused on helping underprivileged Black girls feel less alone about their experiences with sexual violence. Would this new global awareness help or hinder Burke’s cause?

In her new memoir, Unbound: My Story of Liberation and the Birth of the Me Too Movement, Burke tells the story behind the movement she created, spotlighting key issues for the fight against sexual violence almost four years after #MeToo appeared in social media feeds worldwide. Burke shares her own personal experiences of sexual violence and delves into her background as a community organizer. “The story I’m going to tell is how we got those two simple yet infinitely powerful words: me too,” Burke writes. “The story of how empathy for others—without which the work of ‘me too’ doesn’t exist—starts with empathy for that dark place of shame where we keep our stories, and where I kept mine.”

Burke’s memoir is a reminder of what the movement was originally about. In recounting years of organizing and self-reflection on sexual violence, she reminds her readers of who is most at risk: Black women and girls. Burke began #MeToo so that women and girls like her, who had suffered in silence, could find a support network and feel less alone in their trauma. When the movement was born in 2006, it wasn’t very popular. Burke writes: “What motivated me to continue were the little Black and Brown girls who trusted us with their secrets, their pain, their shame, their worries, their anger, their fears and their hopes.” In sharing her experiences facing violent misogynoir growing up, Burke takes ownership of #MeToo and the task of naming the harm caused to Black women and girls every day across the world.

Unbound arrives at a delicate moment. Last month, Tina Tchen, the leader of Time’s Up, an organization founded by famous survivors of sexual violence in response to the #MeToo movement, stepped down following the revelation that leaders from the organization advised Andrew Cuomo’s administration after he was accused of sexual misconduct. (Time’s Up and #MeToo are not legally related.) It seems that Burke’s fears of co-optation were justified: In four years, we have watched a grassroots movement become monetized, simplified and sometimes even weaponized for the benefit of abusers.

But Burke’s approach to #MeToo isn’t in line with more mainstream #MeToo efforts in Hollywood and beyond. Instead of focusing on retribution and the incarceration of abusers, Burke focuses on both the destructive and the transformative potential of community. One example of the former involved disgraced civil-rights leader James Bevel, who was both a close advisor to Martin Luther King, Jr. and a child predator whose victims included his own daughter. Bevel returned to Selma, Alabama when Burke was a community organizer there; despite her best efforts to galvanize the community to hold him accountable for the harm he caused, she was heartbroken to see it instead protect him.

The challenge of dealing with sexual harm in a community that is targeted, criminalized, and incarcerated at disproportionate rates is further underlined by Burke’s participation in Netflix’s 2019 docuseries Surviving R. Kelly. Burke, whose interviews offered expert context about sexual violence against Black girls—the majority of Kelly’s victims—was hurt by the harassment that followed, particularly from Black men; she writes, “[S]urely, I thought, our community could see the difference between a Black man being railroaded by the lies of white folks and Black women disclosing the harm they had experienced from our own men?”

In sharing her experiences, Burke takes ownership of #MeToo and the task of naming the harm caused to Black women and girls every day.

Her engagement with Kelly’s case also illustrates the ongoing need for movements against sexual violence to reckon with how the state fails survivors and harms marginalized groups: “While we absolutely have to name and work to eradicate the violence that Black people, particularly women and femme-presenting folks, experience at the hands of white men—specifically law enforcement both in and out of incarceration—we also have to name and work toward solutions that will interrupt the violence we experience at the hands of our partners, pastors, uncles, cousins, classmates, teachers, coaches, and others.”

Burke continues a tradition of Black feminist thought that centers Black girls and women in calling out abuse and violence they face, and the questions she asks are ones feminists have sought to answer for decades already. Is it possible to eradicate sexual violence without reproducing the harm created by the state? How do we reach a holistic understanding of sexual violence as a system of oppression that intersects with other systems of oppression? But Burke also believes in the transformative potential of community. Her own background in organizing workshops that offer Black, underprivileged girls safe spaces to experience empathy and express their pain testify to the power of community for those who experience  sexual violence. The difference between a community that harms and one that uplifts, she writes, is crucial. “[C]ommunity doesn’t have to mean a large group of folks. Sometimes, community is just two people […] as long as there is trust, love, empathy and compassion.”

Unbound clarifies that #MeToo was never meant to be about corporate-feminist PR or walking awards-show red carpets, but about the power of survivors telling their own stories for the purpose of their own healing and community building. Media spectacles rarely deliver justice for sexual-assault survivors, especially racialized survivors. “The glare of Hollywood and social media won’t provide a pathway for [creating safety and healing in the Black community],” Burke writes. “Only we, in our community, can forge a path so I stay and keep on trying.”

Read this Next: Building Trust 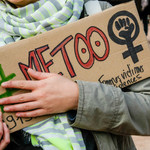