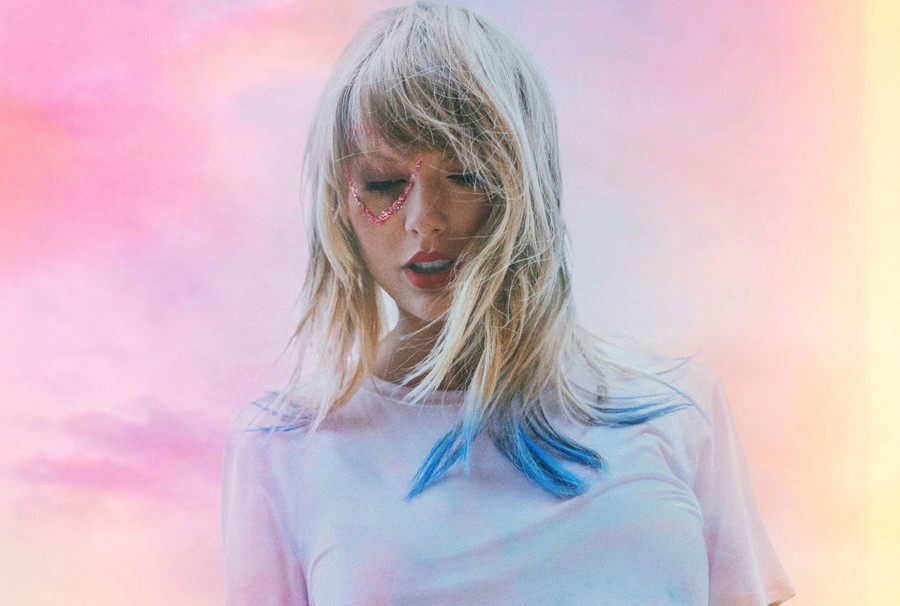 I had two immediate thoughts when Taylor Swift released “You Need to Calm Down,” the second single from her seventh studio album, Lover, in July. First, this baseline just resurrected me. And secondly, as a devout Swifty and even more devout queer feminist, “There are the politics she promised!” Because I held out hope when Swift announced in May that Lover, released last Friday, would have “political undertones”—going as far as saying “that’s one of the most important things [she] could do.” Would she release an album of (intersectional) feminist anthems that went miles beyond the infamous #squadgoals? After all, after being criticized for her silence about political issues, she posted on Instagram in October 2018 that she believes “in the fight for LGBTQ rights” and that “systemic racism…is terrifying, sickening, and prevalent.” Maybe Lover would show that she finally gets it. Maybe her social-justice lens would finally incorporate intersectionality. Maybe she was going to acknowledge the deep self-work that goes into rooting out internalized oppression and unpacking the ways in which we hold power over others.

But if “You Need to Calm Down” was any indication, Lover would swing—and then miss. While the song and accompanying video have been lauded for encouraging citizens to demand Senate support of the Equality Act, funneling an influx of donations to GLAAD, and representing a diverse queer community, it has also been criticized for its potential tokenism and blatant classism. Indeed, while the album is her most political yet, offering some smart social commentary and wink-wink-nudge-nudges toward her liberalism, if we treat Lover as a litmus test for Swift’s political awakening, then it lands just above neutral. The question isn’t: Does Taylor Swift deliver on her promise of political undertones?” (She does.) The real question is: Is it enough?

Lover has been heralded by Rolling Stone as Swift’s “career-topping masterpiece,” critically lauded as a musical force with smart lyrics, catchy melodies, and a return to Swift’s diaristic roots, and even congratulated for guilefully playing with political themes and messaging. “Miss Americana & The Heartbreak Prince,” for example, is classic Swift: Ostensibly, the track looks at the difficulty of navigating romantic relationships through the extended metaphor of high school. Imagery of “waving homecoming queens” and “marching bands playing” isn’t new to Swift, who burst onto the music scene at only 16. But because the song is an allegory, it’s deeply layered—and the lyrics, as Swift herself suggests, explore her relationship to Trump’s presidency, especially related to her long history of using classic Americana imagery in her brand. “American glory faded before me/ Now I’m feeling hopeless, ripped up my prom dress,” she sings. “I’m feeling helpless, the damsels are depressed/ Boys will be boys then, where are the wise men?/ Darling, I’m scared.”

She’s stirred to action when she realizes that her political “team is losing, battered and bruising.” In her recent Vogue cover story, she explained why she was quiet during the 2016 elections—and why she’s been spurred into action for 2020: “Unfortunately in the 2016 election you had a political opponent who was weaponizing the idea of the celebrity endorsement. He was going around saying, I’m a man of the people. I’m for you. I care about you. I just knew I wasn’t going to help. Also, you know, the summer before that election, all people were saying was She’s calculated. She’s manipulative. She’s not what she seems. She’s a snake. She’s a liar. These are the same exact insults people were hurling at Hillary. Would I be an endorsement or would I be a liability?” So when she suggests “we paint the town blue” because “someday we’re gonna win” toward the end of the song, it’s clear what she’s signifying.

“Death by a Thousand Cuts,” which explores how a breakup can excruciatingly and slowly haunt you, comes just three tracks after “Miss Americana & The Heartbreak Prince,” so the listener is primed for this metaphor about the relationship: “Our country, guess it was a lawless land.” In typical Swift songwriting style, she’s winking at her audience, even throwing a snarky “United we stand!” into the bridge. You can read that line how you want to, she seems to suggest—and this is how Swift has always operated. Swift is always smirking at her own cleverness, whether she’s offering just enough information to keep you guessing which exes her songs are about, dropping clues about future music for her fans to gobble up in her videos, or going full meta, joking about how she does this while doing it.

“Soon You’ll Get Better” is Lover’s suggestive ace: The song itself, which details her emotional rollercoaster over her mother’s battle with cancer, isn’t political in nature. Instead, the song’s political statement comes through her decision to feature the Dixie Chicks on it. In 2003, Dixie Chicks member Natalie Maines criticized then-president George W. Bush during a tour stop in London. “We do not want this war, this violence. And we’re ashamed that the President of the United States is from Texas,” Maine told the crowd. Famously, the Dixie Chicks’ mainstay audience of country fans—who are also Swift’s longest standing audience—abandoned them, boycotting their music and sending them death threats.

In a recent interview with The Guardian, Swift notes, “The number one thing they absolutely drill into you as a country artist…is ‘Don’t be like the Dixie Chicks!’” She explains, “[B]asically every country artist that came after that, every label tells you, ‘Just do not get [politically] involved, no matter what.’” That Swift slyly incorporates the band on her most political (if safely so) album yet is a clear message: She’s no longer afraid of pissing some people off to stand up for what she believes in. The problem is that playing coy, smart as it may be lyrically, leaves us wanting more. The implication—the “undertone,” as she suggested in May—is there, but it lacks an explicitness that feels necessary at this stage of Swift’s career.

If we treat Lover as a litmus test for Taylor Swift’s political awakening, then it lands just above neutral.

Swift is turning 30 in December—a milestone that often throws even the most anti-ageist among us into existential crisis—so it’s no surprise that she’s released an album that feels more authentic and honest than her previous two. She’s seemingly wrestling with who she is—and who she wants to be—as her 20s come to an end. But if Swift is adding “social-justice advocate” to her self-concept, then her voice needs to be as resolute as she is. For an artist who has made a career out of pouring her heart out—and has successfully navigated that backlash—she should be primed, after 13 years in the business, to show her bleeding heart on her sleeve as well. The (feminist) public was disappointed with “You Need to Calm Down” because though she pushed herself to name the harms of call-out culture, queerantagonism, and sexism, she did so safely. And since when has Swift been afraid of a little controversy?

“The Man,” a thought experiment a la 1989’s “Blank Space,” is Lover’s political centerpiece. In it, Swift considers how her career would be interpreted differently if she were a man: “They’d say I hustled, put in the work/ They wouldn’t shake their heads and question how much of this I deserve.” Harkening back to the late-aughts (think: Ciara’s “Like a Boy” in 2006, Beyoncé’s “If I Were a Boy” in 2008, and even Jessie J’s breakout “Do It Like a Dude” in 2011), Swift’s version is, perhaps, too little, too late—and lacking in self-awareness. I appreciate the play on words in how she encapsulates her overall point: “If I were a man, then I’d be The Man.” But she seems to miss the irony in that statement. As far as we know (despite Gaylor truthers’ valiant efforts), womanhood is Swift’s only clear experience of marginalization. And while patriarchal oppression, even on its own, is completely valid, Swift’s singular marginalization also means that if she were a man, she would be a rich, white, straight, cis man who is able and thin. She would, indeed, completely embody the capitalistic monster “The Man.”

Narrowing in on the one social power she can’t reach, without acknowledging the (literal) wealth of privilege she does possess comes off as more cringey than edgy—a lesson she could have learned from simply studying 2013 Lily Allen. And while she has recently openly spoken about white privilege, ignoring its effect on her career in “The Man” is a grave oversight. Still, the song is a bop, with “I’m so sick of running as fast as I can/ Wondering if I’d get there quicker if I was a man” being a wholly relatable experience. But the feminism presented here, while certainly a potential step toward something, is glaringly white. And that’s how Lover lands for me altogether. I appreciate the album for what it is (“It isn’t love, it isn’t hate/ It’s just indifference”).

But Swift indicating politics, only to deliver a tepid version that announces her awakening without pushing boundaries, feels a bit like she called me up again just to break me like a promise. Indeed, in the name of being honest, a white woman in power who doesn’t acknowledge that power will, again and again, be at least casually cruel. So I’ll continue to listen to and enjoy Lover for what it offers: a complex meditation on love that’s less “burning red” and more “golden, like daylight.” But as she notes in “The Archer,” “I never grew up/ It’s getting so old,” and while I’d be lying if I said I wasn’t hopeful for watching her political growth, that’s where I expect her politicism to stay.

Read this Next: Do We Need to Calm Down? 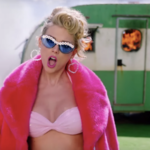 by Rachel Charlene Lewis
"Did [Taylor Swift] create something groundbreaking that liberated queer and trans people of color? Did she create an era-defining gay anthem that’s universally likable? No, but why should we expect her to?" 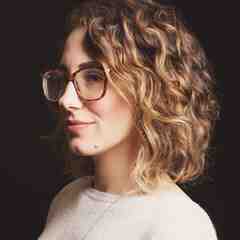