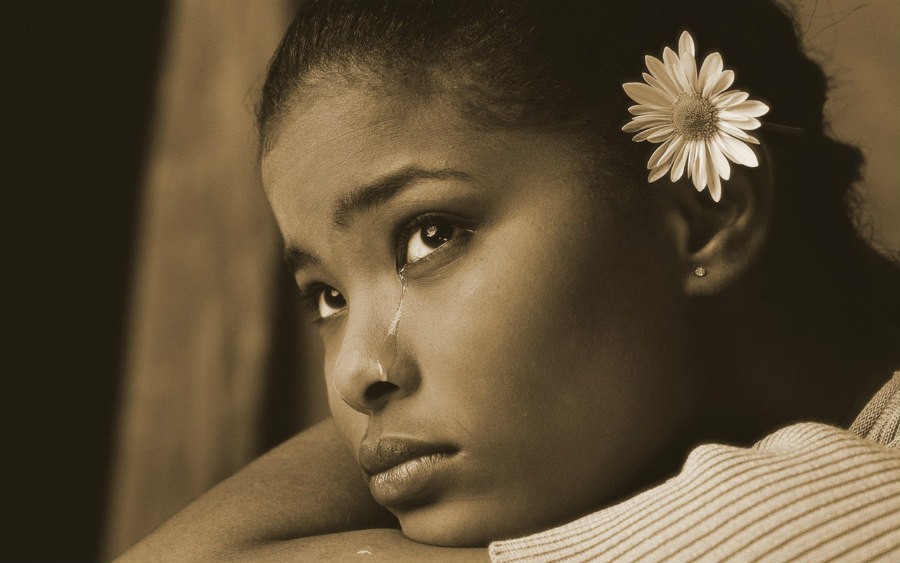 This story was originally published on November 20, 2017.

There were at least 20 of my closest friends and family members at the party. Combinations of fried chicken, egg rolls, shrimp salad, and a few other morsels were still being scraped from paper plates as we were heading into the dessert portion of the day. As I walked through the kitchen corridor into the dining room, I watched an elder in our family reach around my niece’s waist, rest the bend of her inner arm on the 16-year-old’s hip, then deeply cuff the entire right side of her buttocks.

“You see, when you wear shorts this small, the pervs and pedophiles will think they can say or do anything to you,” she said while still groping and grabbing my niece around the hind parts.

I wanted to vomit.

She held on firmly, grabbing so deeply that it almost looked painful. But my niece didn’t scowl, jump away, or even utter a word of disapproval. She just stood there, a prop in this older woman’s storytelling exercise about the bad guys outside, the strangers who would see my niece’s short shorts as an invitation. Something she didn’t perceive herself as doing at that very moment. Sexual assault is often conceived of as violent, underage, or unwanted sexual intercourse. However, it also includes things like unwanted fondling, exposure to obscene images or language, and exhibitionism or other forms of exposing oneself to someone without their consent. When it comes to children, any form of sexual touching, talk, or interaction is assault because children cannot legally consent.

This is true even when it happens at a party surrounded by family and friends. 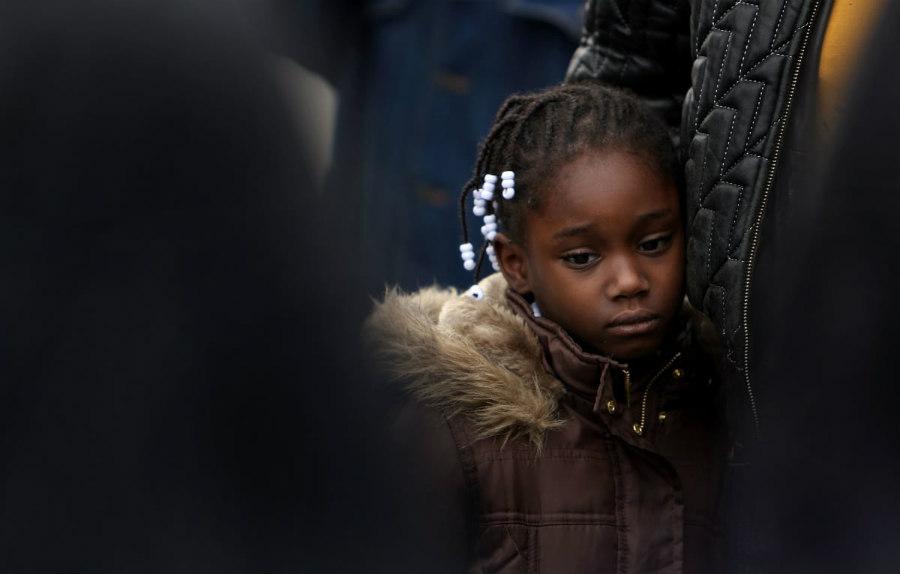 Watching this older woman—whom we had all been socialized and conditioned to respect no matter how rude or intrusive she had become over the years —fondle my niece was all too familiar. It hearkened back to the sickening moments when a slight breeze would cool the wet saliva left on my neck or cheek from unwanted lip and mouth kisses I had successfully dodged from men at the bowling alley where my dad played. Seeing my niece’s attempt to keep a strong face through it reminded of the uncomfortably long hugs from church deacons and basketball dads who held me too close and squeezed me far too tightly. Sometimes they would mutter things under their breath like, “You’re my daughter, too” or “You’re all grown up now, huh?”

But, like my niece, I wasn’t “all grown up.” I was a 13 or 14 year old who was slowly being “groomed” not by a single abuser, but by a community of cisgender heterosexual men and non-male folx whose commitments to patriarchy, rape culture, and misogynoir convinced them that I had no ownership of my own body.

Fundamentally, these instances are about our collective avoidance of consent and the rape culture that overlooks its importance. Because of this culture, children in elementary school, especially girls, are socialized into non-consensual touching, unwanted physical intimacy, and deeply misogynistic notions of bodily autonomy. Then, they are often taught to be silent when those socializations become sexually coercive or violent. This is how child sexual abuse works. According to RAINN, 93 percent of children who are sexually abused know the perpetrator. People who abuse children rely on their close proximity and acquaintance with adolescents to sustain their abuse for prolonged periods of time. “Child sexual abuse is not only a physical violation; it is a violation of trust and/or authority,” RAINN reports.

These conditions didn’t materialize from thin air though. And these sorts of interactions and assaults persist because of the culture surrounding them—one even non-men actively participate in. Roy Moore, the Republican nominee for a U.S. Senate seat in Alabama, has been accused of sexually abusing multiple women. One woman, Leigh Corfman, alleges that Moore assaulted her when she was only 14-years-old. He was 32 at the time. In an attempt to push back against the narrative that children can consent to intimate “relationships” with 32-year-old men, predominantly white cis heterosexual women have been using the #MeAt14 hashtag on Twitter. They have been highlighting their gawky frames and awkward smiles as evidence that they would never have been capable of giving consent at such an age. But these shows of solidarity with sexual assault victims and survivors still reinforce aspects of rape culture that leave adolescents vulnerable. 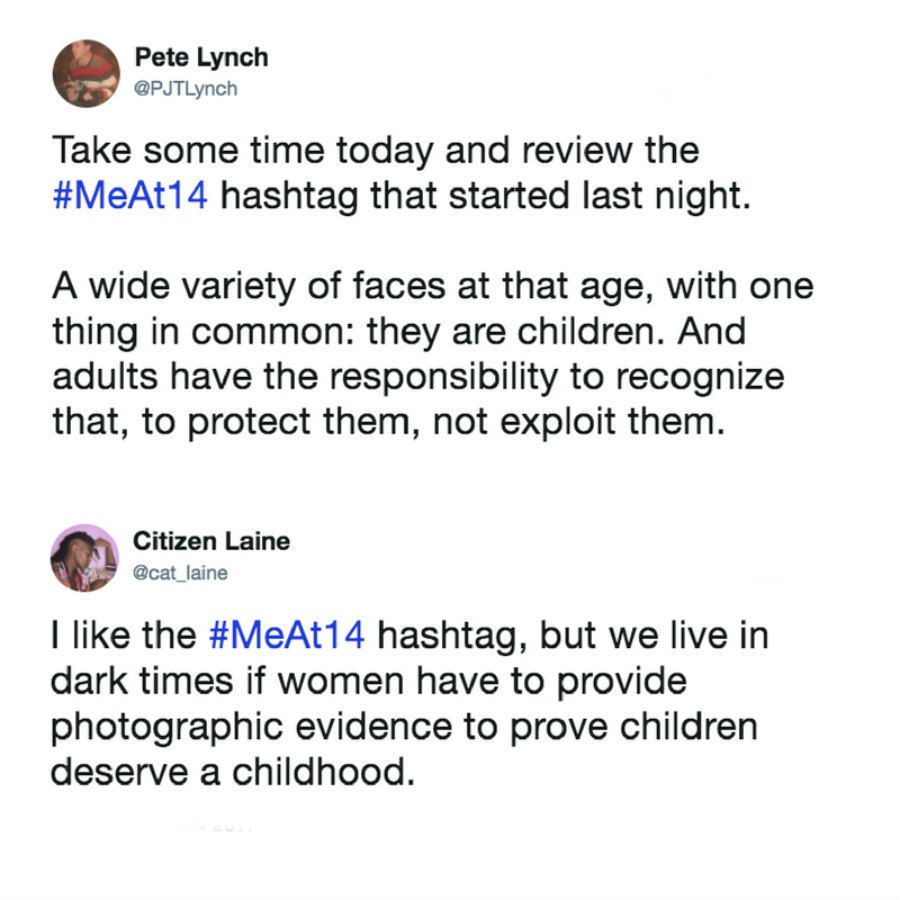 ​​​​​​What the hashtag fails to acknowledge is that body type or appearing “innocent” doesn’t justify sexual abuse. My niece’s shorts, my tall, developing frame, or another girl’s early developing breasts don’t negate the fact that children are children. Those embodiments don’t change the fundamental rules of consent and their inability to give it. To believe so is to subscribe to a patriarchal and misogynistic form of feminist politics that almost always harm the least among us. By promoting the idea that looks condition the validity or probability of sexual abuse in children and adolescents, we perpetuate a culture which continues to focus on the behaviors, embodiments, and actions of victims of sexual assault rather than perpetrators who abuse them.

We should know better by now. Hashtags like these don’t disrupt the culture. Only we can do that, through our actions.

“You know, you are talking to her about the ‘pervs and the pedophiles’ but I don’t think she consented to you touching her body like that,” I said to our family elder in front of a room full of mostly women, many of them mothers, aunts, and caretakers of other young women.

“I’m just from a different time…and these shorts are just so short,” she rattled on as she tugged at the bottom of my niece’s shorts. As I looked at my niece whose waist was still draped with someone else’s arm, I said, “You don’t have to let anyone touch your body without your permission. No matter who they are. Auntie, family, whoever. You know that, right?”

I hope I did enough that day. Yet, I can’t help but wish I had started these conversations with her years ago or had at least encouraged her mother to have them. The experience convinced me that I had work to do with my own elementary-aged children. Was I ensuring that they knew they didn’t have to show physical affection for adults and friends just because they were asked? Had I taught them to properly name their genitals rather than using cute (and sometimes unintelligible) nicknames that might make it hard for them to talk about their bodies or seek help if needed? Were we being consistent about ensuring we adhered to our own rules of consent in the household so that we could model the right behavior for them? Was I giving them space to tell me “no” even when I didn’t really like the answer?

These are subtle yet critical ways that I, as a parent and a person who cares for young people, can help disrupt rape culture. They take intention, mindfulness, and a daily commitment to holding myself accountable. I hope my effort to start the conversation and disrupt the assaultive behaviors of our family elder laid some groundwork for everyone in the room that sunny September day. But, I’m wise enough to know it will take much more work and many more conversations to truly dismantle the culture underlying it.

Our children are worth it.

Relevant: Can You See Me Now? 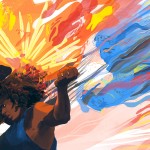 by Vanessa Mártir
The pregnant woman is rarely asked what it is she needs, or how she really feels.