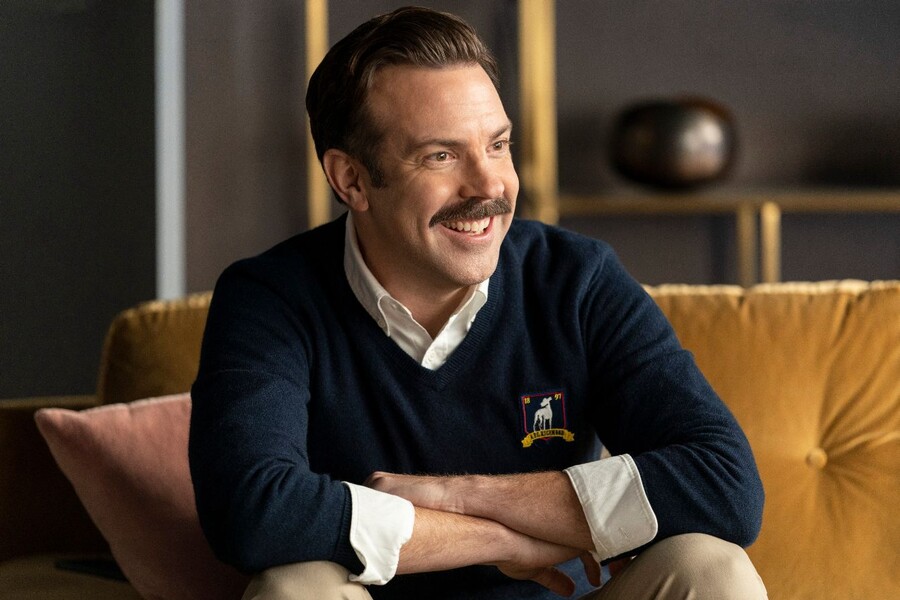 There’s a special kind of loneliness that only emerges when you’re surrounded by other people. In fall 2020, I, like much of the world, was struggling to break the surface of a pandemic that had submerged me in a type of hopelessness I’d never before experienced. I’d moved from my apartment in Brooklyn—the place I’d called home since my early 20s—back to my hometown as COVID-19 ravaged the country and the world. In part, I moved because I yearned for connection—to be physically tethered to the people who were bound by blood to see me through my depression and anxiety and fear—but beyond that, I yearned for care.

I wanted to be coddled, but occasionally cuffed on the back of the head when I became too self-indulgent. I wanted to be seen, but given the space to hide when being known was too mortifying an endeavor. I wanted to be pushed, but encouraged to take a step back from my work when necessary. It was the type of care, I realized, that I’d received from my friends for years. Half a country away from my mother and my sisters, I’d built a family in absentia. The kind of found family you see in hourlong Freeform shows: women that are funny, warm, messy as hell, willing to key a car in the dead of night when a lover has wronged you. The kind you tell your secrets to without feeling ashamed, who you laugh with over failed conquests and misadventures on the Lower East Side. Yet, as we all retreated into the solitude of our homes in hopes of preserving our lives and the lives of one another, I was shut off from what I’d begun to see as a lifeline.

I was back home, able to fall into my mother’s arms when the walls began to crumble in, and nevertheless, a longing remained. For the women I left behind. For the friends I could only see through the six-inch screen of a group FaceTime. For the life I’d had that was made fuller by their proximity.

And then I found Ted Lasso.

I read somewhere that you need to hear about a product seven times before you buy it. But, in all honesty, it took way fewer tweets than that singing Ted Lasso’s praises for me to give it a try. My sister and I sat in the living room of our childhood home and cued up Apple TV+, eager for something—anything—that would provide us a respite from our shared sadness. On the coffee table, my phone buzzed with notifications. I deleted the Gmail app. I turned off my push alerts on Instagram. I put my group chats on DND. Everything felt like an insignificant substitute for belting out Alanis Morissette at The Tavern, or eating early morning pancakes on the roof of my apartment, or holding onto each other’s shoulders as we stumbled toward the L after a night out. I couldn’t bring myself to pretend where we were was enough.

I pressed play on the pilot. It took less than 10 minutes for me to get hooked.

Ted Lasso is a show about an English football club, and the unendingly optimistic, heartwarmingly goofy American brought in to coach them. It’s a show about belief—in yourself, in your fellow man—that somehow balances great fear about the future with relentless optimism about what’s to come. But the real gift of Ted Lasso, both the man and the show, is that he serves as a door into a myriad of other, equally compelling and fully rendered characters. Of them, there’s the blond-haired, high-heeled, no-nonsense, recently divorced club owner, Rebecca (Hannah Waddingham). At first light, she’s scornful, unkind, and, unignorably, alone. And it is, perhaps, the show’s unwavering examination of human loneliness that was most compelling to me. Rebecca, betrayed by her ex-husband and lonely in the wake of her divorce. Ted, lonely but not-necessarily-alone on the other side of the world from his almost-ex wife and his son. And while the two forge an unlikely kinship by the end of the season, before that, there’s something even better: the dynamic pairing of Keeley Jones (Juno Temple)—model and girlfriend of AFC Richmond’s star player Jamie Tartt (Phil Dunster)—and Rebecca Welton.

Rebecca and Keeley are, in many ways, opposites. Keeley is young, bubbly and universally adored. Rebecca is middle-aged, curmudgeonly, and pretty widely feared. And it’s in the show’s ability to traverse the middle ground between them that Ted Lasso works its magic. The two transcend stereotypes often projected onto weakly-crafted female friendships in television, and spend episodes wholly invested in uplifting one another. Keeley uses her millennial gifts for public perception to help bolster Rebecca’s low post-divorce confidence, and Rebecca draws on her years spent in an unfulfilling marriage to offer relationship advice to a Keeley. At every turn, they lean into one another’s talents to cultivate what is a beautiful (and fanfic-worthy) bond. They hold each other down, hold each other accountable, and hold a mirror to one another so they can see the parts of themselves that they might otherwise ignore. It’s vulnerability at its simplest.

Watching their relationship develop was a balm, a gentle return to the friendships that I felt so far away from. Rebecca and Keeley aren’t a prime example of the restorative power of female friendships because they share physical space—though the show does take place in a COVID-free world—it’s because they share emotional space. They allow each other to see past the performative nature of their public personas, the characters they’ve crafted to protect themselves, and tap into something more earnest. Keeley and Rebecca became a window into not what I’d lost, but what I’d forgotten to access. In my grief, I’d retreated, shut down, closed myself off. I’d allowed the Zoom camera to act as a shield between me and my friends, only permitting the most surface-level self to filter through. I felt alone when we spoke because they were no longer talking to me—the messy, honest, version of myself I’d been when we were together. I was Rebecca in episode one. I was Keeley on her Instagram. What I owed myself, and them, was a love that bloomed from honesty and from allowing myself to be seen. And once I did, the care I’d grown to rely on appeared again in spades.

Recently, Ted Lasso racked up a historic 20 Emmy nominations, more than any freshman comedy in history. The timing is almost eerie: Ted Lasso coming back, just as the Delta variant drives me to disappear into my home once more. But as folks inevitably call out the effortless charm of Jason Sudeikis’s Ted as proof of the show’s genius, or point to the hidden sweet side of Roy Kent as the root of the first season’s charm, I’ll be putting on a FaceTime karaoke night with my best friends, belting Frozen songs from the top of my lungs, and thanking AFC Richmond for Rebecca and Keeley. 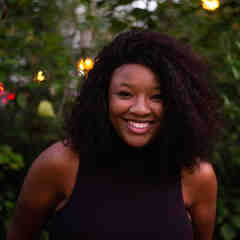 Leah Johnson is a contributing editor at Catapult and author of the bestselling young adult novel, You Should See Me in a Crown.