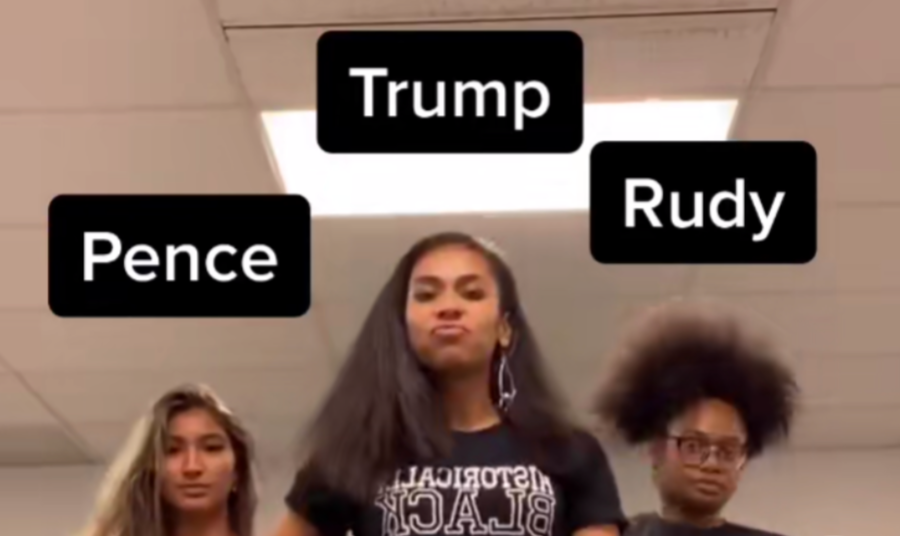 For more than a year, TikTok was the app adults tried to avoid—until it became unavoidable. Now, the video-sharing platform is a Gen Z essential—60 percent of its 26.5 million monthly active users in the United States are between the ages of 16 and 24—driving everything from memes to music to conversations about labor organizing. TikTok’s recently been in the national news for a variety of reasons ranging from the app’s founders admitting they it hid videos from disabled, queer, and fat creators to “curb bullying” to the federal government investigating the app’s approach to censoring political content and storing personal data. And as of this week, it’s become a space for Gen Z to express their concerns about the impeachment of Donald Trump.

On TikTok, users communicate by pairing sounds that either they create or reshare from other users or artists with video clips recorded on their phones, often with additional edits like filters and text overlays. It’s become a space for both community building and complicated discourse, with “Gay TikTok” becoming a community in and of itself (much like Tumblr was in the early 2010s), Black TikTok slowly becoming akin to Black Twitter, and young women using the app to develop their sense of self. It’s not always a positive space, however, as racial stereotypes thrive on the app and, as previously mentioned, the app’s algorithm intentionally hides some users. Users regularly call out the For You page, which is akin to Facebook’s Timeline, as it recommends videos it thinks users will like based on content they’ve engaged with in the past, but the feature largely promotes videos from conventionally attractive, white users.

Given the complicated nature of the impeachment process, many people are mining their online timelines to make sense of Trump’s impeachment and figure out how the House charging the sitting president impacts their everyday lives. For example, TikTok user @itscoreyklem’s impeachment video has more than 65,000 likes and 5,000 shares; the video pairs Absofacto’s 2015 song “Dissolve” with a screenshot of one of Trump’s infamous tweets, which reads, “Are you allowed to impeach a president for gross incompetence?” The photo dissolves (per the song’s lyrics) and gives way to a video of Obama saying, “Yes we can. Yes we did, yes we can, thank you, God bless you.” As the clip progresses, the videos of Obama multiplies until we see a three-by-three of Obama replacing Trump’s quote completely.

Other videos aim to explain the impeachment process: One often-used TikTok meme format uses “Big Fun” from Heathers to explore group dynamics. In a video by @kyramaxwell_, which has 3,000 likes and has been shared 170 times, three young women of color stand next to each other. Each has a text overlay overhead; from left to right, they’re labeled Pence, Trump, and Rudy. On top of the video, the text reads, “Walking toward impeachment like.” As the song plays, the Trump characters tells Rudy, “Shut up Heather,” as Rudy replies, “Sorry Heather.”

Other TikTok users are taking their impeachment content to the next level: User @iterc used the Orange Head filter to impersonate Trump, lip syncing the line “I swear on my life that I’ve been a good girl” from Camila Cabello’s 2019 song “My Oh My.” In the same video, the user, acting as the House of Representatives, multiplies, dancing to “Trump’s” concerns. @iterc’s video is one of the most viewed, with 117,000 likes and nearly 8,300 shares. While TikTok is an odd place for such political discourse, these videos signify that the app will likely become another virtual place for young people to offer valuable insight about this important moment in U.S. history. 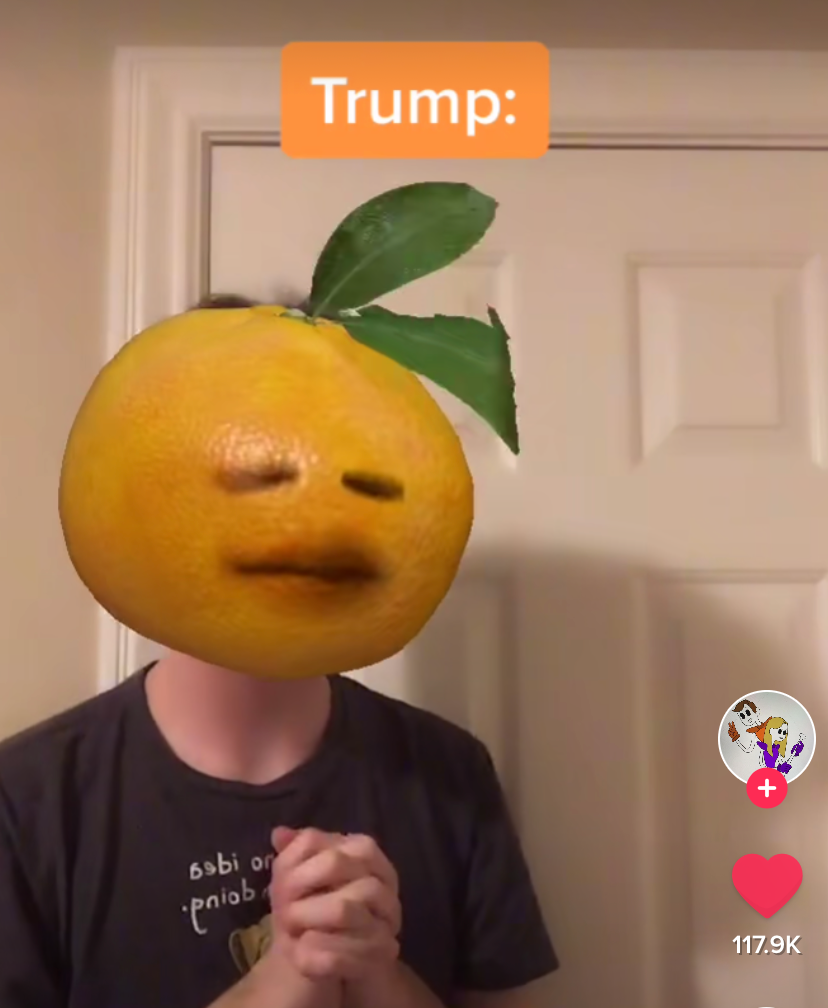 TikTok has even been a place for conservative teens to proudly wear MAGA merch and champion Trump’s 2020 campaign. User @loganehill_ spoke at length on the platform about impeachment helping Trump’s reelection efforts. In video captioned “might wanna rethink that impeachment,” she argues her point over a green screen edited to show a text-heavy post in favor of Trump. A video by @dakotaeflynn features a white guy standing in his backyard, saying, “Democrats impeaching trump is AMAZING!” as he too argues that the event will help Trump’s bid to be re-elected. The #Trump2020 hashtag itself has 450 million views, though many of the videos are more ironic than supportive. One of the most popular videos with 494,000 views and nearly 54,000 shares has been edited from clips of Trump speaking to show him singing Shawn Mendes and Camila Cabello’s “Señorita.”

Despite the complicated nature of TikTok, and the very valid critiques of it, the platform offers a unique space for young people to engage with one another and validate their political opinions. Though it’s increasingly becoming overwhelmed by adults, brands, and content-stealing meme accounts (much like its predecessors), for now, it’s a space for teens, by teens. As one teenager told NBC News in October 2019 , “I’m a teen and I would like to have fun. And talking about current issues with humor, to an extent, is a way for everything to seem less hopeless.” The impeachment of Trump is stressful, confusing, and nerve-wrecking for many of us, but, on TikTok, it’s yet another opportunity to laugh at our own pain.