Thanks Obama: The Future of American Sex-Ed May Not Include Abstinence-Only Funding | Bitch Media

Thanks Obama: The Future of American Sex-Ed May Not Include Abstinence-Only Funding 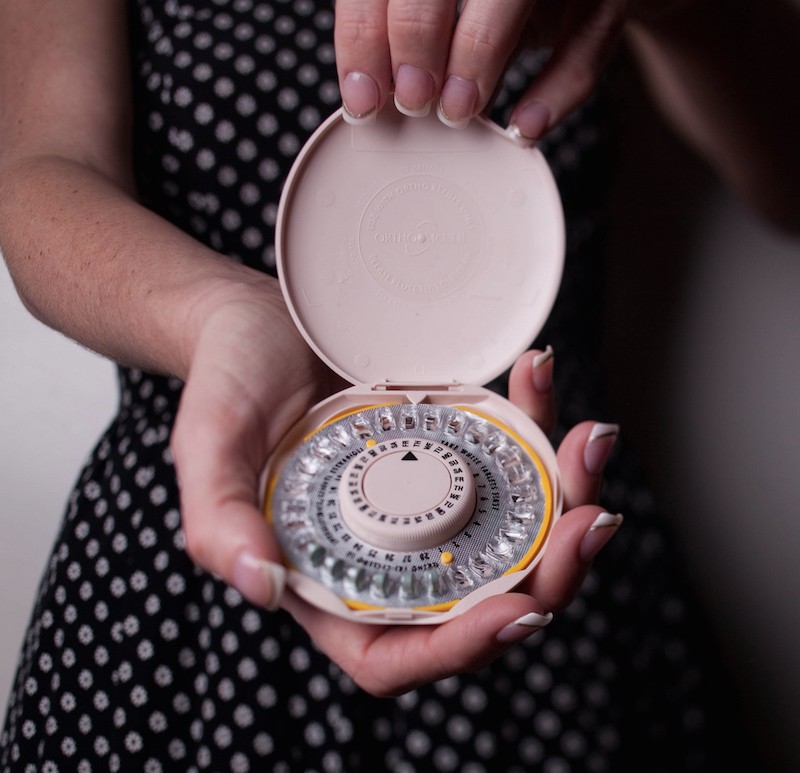 In the future, more American kids could be learning facts about birth control options in school. Photo by Raychel Mendez.

This winter, as the election dominated the headlines, President Obama made a major decision: He removed all $10 million of annual funding for abstinence-only sex education from the 2017 federal budget. If Congress approves the budget, ending federal funding for abstinence-only sex education—which studies show fails to prevent teen pregnancies and STD transmission—will be one of Obama’s lasting legacies.

To say that the United States is lagging on sex education is an understatement. Just take a look at the numbers: In 2009, the percentage of HIV or AIDS among U.S. adults was six times that of Germany. In the mid-2000s, young Dutch women reported they were six times more likely than American women to take oral contraceptives. While Dutch children begin discussing bodily autonomy and healthy relationships in kindergarten, tens of thousands of American teenagers are still taught that sex outside of marriage is akin to adultery and that all condoms have holes in them.

But it seems like the right wing’s grip on sex education policies and budgets across the United States is finally falling away. There’s Obama’s federal budget, but there’s also change on state levels. Last October, California passed the Comprehensive Sexual Health and HIV/AIDS Prevention Education Act—a law that requires all middle and high schools to teach some form of comprehensive sex education. In January, board members in Omaha, Nebraska voted to update its sex education curriculum—the district’s first update of its sex-ed curriculum in 30 years. In the same month, Bernie Sanders publicly voiced his support of comprehensive sexuality education, prompting some to call him the “sex-positive grandpa you wish you had.” 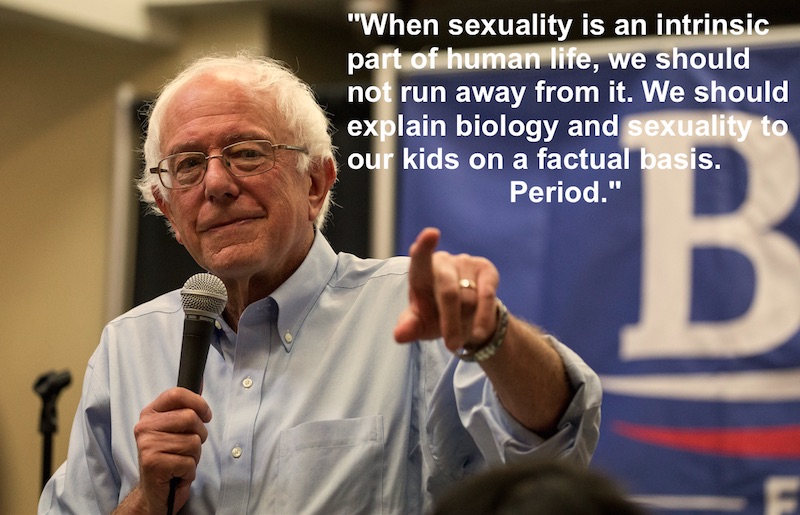 On the campaign trail, Bernie Sanders has spoken up in support of comprehensive sex-ed. Photo by Phil Roeder.

“After three decades and nearly $2 billion in federal spending wasted on this failed approach, the President’s proposed budget increases support for programs and efforts that seek to equip young people with the skills they need to ensure their lifelong sexual health and well-being,” said Jesseca Boyer, the vice president of the Sexuality Information and Education Council of the United States (SIECUS), in a public statement following the president’s budget announcement.

As Boyer points out, those familiar with the danger of abstinence-only-until-marriage programs have been awaiting the decision to halt the steady stream of federal dollars that have supported—and continue to support—these programs. Since federal funding for abstinence-only-until-marriage programs began in 1981, under the Reagan administration, funding for those programs has remained relatively consistent. Despite the overwhelming amount of research proving that those programs don’t curb teen pregnancy or STI transmission like they claim, between 1996 and 2006, federal funding for abstinence-only sex ed continued to grow, especially during George W. Bush’s administration.

With the arrival of Obama in the White House, federal funding to abstinence-only education began to dwindle: In 2010, Congress eliminated funding from two significant streams—the Community-Based Abstinence Education grant program and the abstinence-only-until-marriage portion of the Adolescent Family Life Act—that discouraged contraceptive use and promoted chastity. In 2009, Congress also eliminated funding for a third abstinence-only supporter, Title V, a nearly 20-year-old program that gives grants to states that agree to support abstinence-only-until-marriage programs. But in a quiet move that seemed to have gone somewhat under the media’s radar, funding for Title V was revived under Obama’s healthcare reform in 2010, providing $50 million to the program per year. And, just last April, Congress voted to increase that number to $75 million. So the move to cut abstinence-only education from the 2017 budget represents a shift.

When it comes to supporting comprehensive sex education, the Obama administration might be best known for its Teen Pregnancy Prevention Initiative—an initiative the president implemented in 2010 to fund medically accurate and age-appropriate educational programs that help reduce teen pregnancy and sexually risky behaviors. In its first year, the initiative was given $110 million in funding. The shift away from abstinence-based sex-ed around the country since 2008 has been marked by a decline in teen pregnancies, which have dropped by 25 percent around the nation. 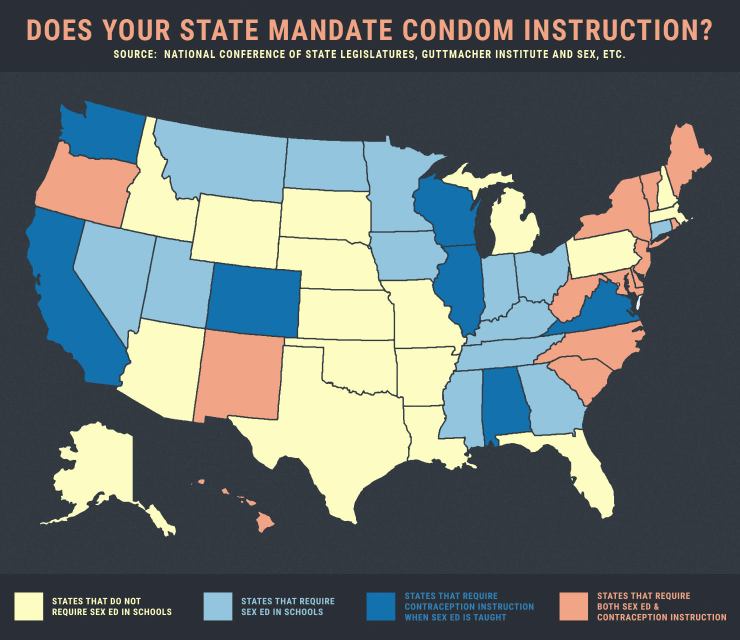 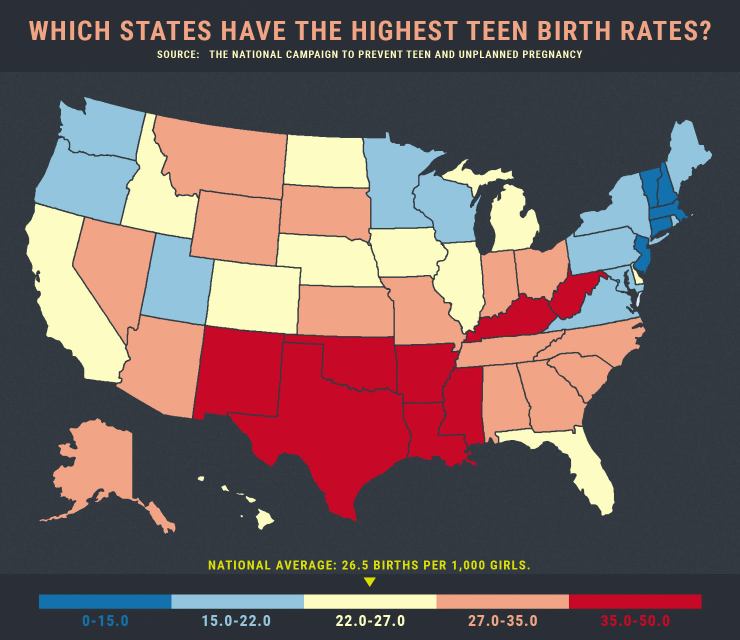 Maps of states' sex-ed policies and teen birth rates made by Fusion.net.

This brief history of federal funding for abstinence-only programs over the past couple decades proves how much power the president wields when it comes to policy decisions. Despite the progressive sexual policies of the Obama administration, as Obama’s recent budget proposal reiterates, abstinence-only sex education programs not only still exist, but they have been supported by millions of federal dollars. So when it comes to sexuality education in the United States, who really gets to decide what is taught? How much—if at all—does federal funding affect what happens at the ground-level?

“The federal role in sexuality education is incredibly complicated; that’s partly because a bulk of decision-making happens at local and district school levels,” SIECUS vice president Boyer told me. “It’s a muddled mess, really. With over 14,000 school districts [nationally], with potentially different policies around sex education, there’s a lot of opportunity for change, and a lot of opportunity for really incomplete and occasional harmful information.”

That mess is clear if you take a look at the 2014 school health report by the Center for Disease Control and Prevention: According to the report, only 17 percent of state middle schools and 45 percent of state high schools teach all 16 comprehensive sexuality education topics recommended by the Centers for Disease Control and Prevention as essential components of sexuality education.

“The majority of sex education in the United States is provided in schools and what happens in the classrooms tends to be quite locally determined,” says Leslie Kantor, vice president of education for Planned Parenthood Federation of America.

The fact that many states are providing so little sex education in school might come as a shock to some parents—especially since the overwhelming majority support evidence-based comprehensive sexuality education. According to the results of a 2014 national survey, 90 percent of U.S. adults polled support teaching sex ed in both middle school and high school.

“There is literally no other issue I’ve ever found on which there is so much agreement. Literally. On every other issue we poll on Americans, there’s nothing like this,” says Kantor. “Most parents assume that their kids are getting a lot more sex education than they did. But that’s not always the case… That’s why I urge parents to find out for themselves what their children are being taught in schools.” 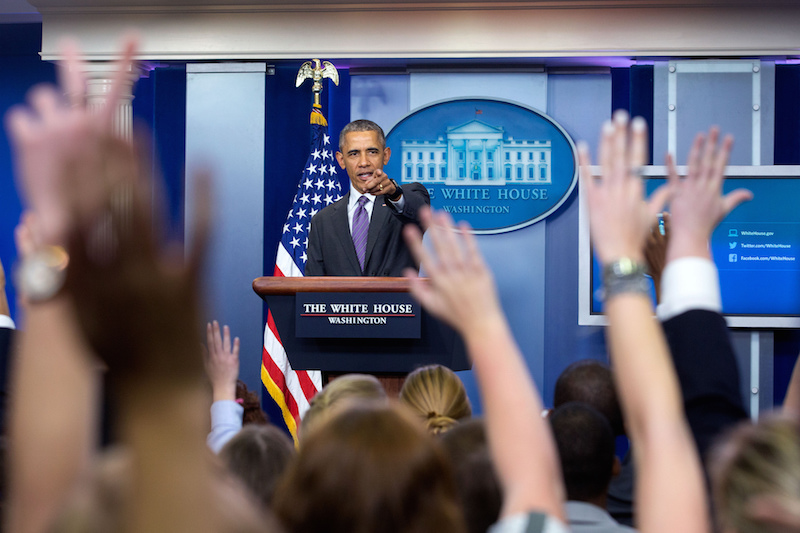 There is no federal policy related to sex education, Kantor points out. Instead, policy is made at the state and local level. Even though states such as California and Oregon have policies that mandate the teaching of comprehensive sexuality education in all public middle and high schools, there is no way to regulate these policies. Even if the law is on the books, there’s no mechanism in place to make sure that every student in California will actually learn about sexual diversity, consent language, or healthy relationships. Often, districts wind up asking teachers who don’t have much experience or training on the topic—like gym coaches—to take on sex ed. Those under-qualified teachers aren’t helped by the fact that there are not federal guidelines on what makes a quality sex-ed curriculum. There are guidelines on the current best practices for comprehensive sex education, but following them is not mandatory. Plus, only 24 states require sex ed to be taught at all—and only 20 states require the curriculum to be medically accurate.

That’s not to say that federal funding and district policies don’t matter; they matter greatly in guiding what happens in individual classrooms. But what happens at the policy level is only one indicator of what American youth will actually learn in their classrooms.

“We have to remember that we do have a very divided government,” says Kantor. “Policy by itself isn’t a guarantee. What needs to happens next is that there’s adequate training and support of teachers.”

Making comprehensive sexuality education curricula accessible to every school in the United States is the goal of Rights, Responsibility, and Respect, a sex-education curriculum created by Advocates for Youth that is both free and online. The curriculum—which covers the 16 topics recommended by the Center for Disease Control and Prevention, including topics like gender stereotypes and sexual identity—provides schools with lesson plans they may not have been able to access otherwise. When funding is a barrier that keeps American youth from getting the sexuality education they deserve, this is crucial.

“Young people have a right to learn about sexuality and get high-quality healthcare,” says Nora Gelperin, the director of sexuality education and training at Advocates for Youth and one of the co-authors of the curriculum. “The goal of this curriculum is to ensure that we both help novice teachers and provide interactive lessons based in research, as well as give teachers the tools to enable them to be inclusive around gender identity, sexual orientation and not use only heteronormative language when they teach.”

When it comes to ensuring that American children get the accurate sexual healthcare they need, Kantor emphasizes the importance of adequate information on the internet, too. That’s why Planned Parenthood professionals spend dozens of hours throughout the week chatting with teenagers online about their sexual health. Kantor also tells me that other evidence-based sexuality education programs should be announced this fall.

But as the Center for Disease Control and Prevention’s school health report and Obama’s recent budget proposal so clearly indicate, it’s going to take a while to get the United States’s sex education where it needs to be: affirming, informative, empowering, and effective. While American schools might be better at teaching their students how to put on condoms, we still can’t talk about the reason they’re having sex in the first place: As Boyer rightly points out to me, we’re more comfortable saying the word “penis” than we are saying “pleasure.” And, according to the Center for Disease Control and Prevention’s school health report, an overwhelming majority of middle and high schools have yet to include gender identity, or gender stereotypes, or LGBTQ issues in their sexuality education curriculum.

“The goal of comprehensive sex ed is the idea that sexuality is normal and foundational,” says Boyer. “There’s the belief that sex is primarily for sake of procreation—which is a valid belief for anyone—but if that’s the only belief we profess, we risk perpetuating stigma and keeping young people from knowing how to stay safe and healthy in vital ways.”

And the ups and downs of federal funding of abstinence-only programs—coupled with those of the 2016 election—shed light on an uncomfortable truth: The future of comprehensive sexuality education in the United States is unclear. Whoever gets executive power will likely decide whether Obama’s momentum toward providing effective sexuality education to America’s youth will continue into the next few years—or not.

“Losing leadership could be dramatic,” says Boyer. “We’re already fighting an uphill battle with ab-only education. It would be very easy to slide back into years when that was all federal government supported… I would love to have the next U.S. president be a champion of comprehensive sex ed.” 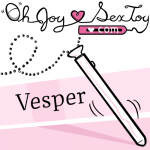