She’s so Pure“The Bachelor” Still Has a Virginity Problem 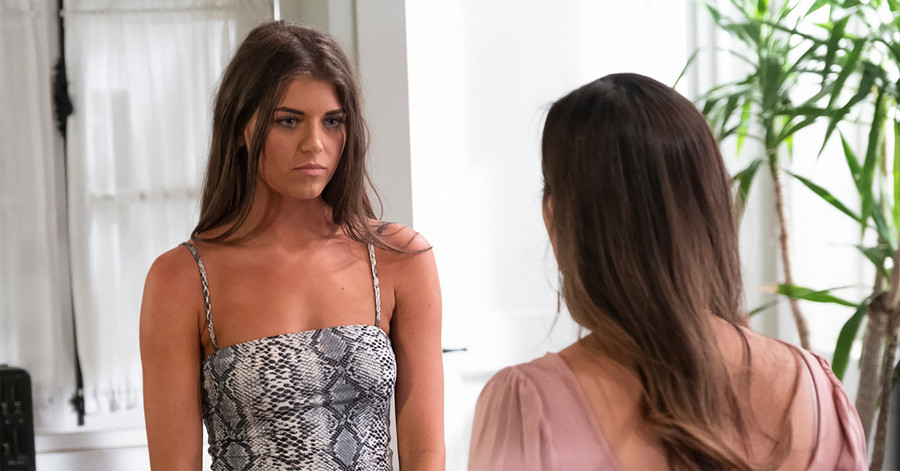 Madison Prewett, a contestant on Season 24 of The Bachelor (Photo credit: ABC/Francisco Roman)

“She’s so pure” isn’t something I expected to hear from the mouth of a father about his daughter during a prime-time TV show. But maybe I should have, since 70 percent of the United States identifies as Christian, according to the Pew Research Center, with a majority of those falling into the Evangelical Protestant denomination. During the customary “hometown visits” episode of Season 24 of The Bachelor, Bachelor Peter Weber sat down with the father of Madison Prewitt, a contestant in the final three, and took it in stride when said father lovingly spoke of his adult daughter’s sexual chastity. Weber is a Bachelor who loves to fly and loves to fuck; and the newest season has been quite heavily—and overtly—manipulated by producers. Nevertheless, Pilot Pete has made plenty of questionable decisions, and apparently not even the Bachelor himself knows who he chooses at the end.

Nevertheless, Madison has figured prominently in Peter’s televised journey. The two hit it off early, but it was only midway through the season that promos began teasing that Madison’s Christianity and her choice to “save herself” until marriage would play into the season’s drama in a big way. As we neared the end of the season, Madison talked about how important her faith is to her life and a basic requirement for her partner. During the show’s famed Fantasy-Suite week (when the Bachelor gets to have a camera-free night with contestants who consent to accompany him there for, among other things, sex), this narrative became the main source of tension. It kicked off with what seemed like a poorly edited but still legitimately difficult conversation that boiled down to one thing: Madison told Peter that if, in the coming week, he “were to sleep with somebody else” then “it would be really hard for [her] to…like, really, like, move forward with this.” She didn’t explain why this was important to her; she also tried to backtrack when he asked her to elaborate, claiming that she wasn’t trying to give him an ultimatum.

In an episode recap for Vulture, Ali Barthwell theorizes that Madison may have delayed her disclosure because she was hoping for “a sympathetic edit and a rise to the top of the list of Bachelorette contenders.” Barthwell explains, “You can choose to abstain from sex before marriage, before your 21st birthday, before going to Freaknik 2020, whatever… Unfortunately, so much of the Evangelical Christian (and other conservative religious movements) belief about abstaining from sex is ultimately patriarchal and leads more often to the shaming and persecution of girls and women.” Whether or not Madison herself feels constrained, shamed, or persecuted by her own choice—more on that in a moment— “purity culture” has undoubtedly been and continues to be deeply harmful to all genders, and its portrayal on The Bachelor has resulted in a heated debate about its role onscreen, specifically on reality television.

In later conversations, Madison expressed a variety of conflicting statements about what she needs from a partner (which she’s 100 percent entitled to), what she expects from Peter (which seemed to change by the moment, possibly due to poor or purposefully obfuscating editing), and a dose of moral righteousness. The bottom line, as she told Peter, is that the day she says “I do” is the day that she gives herself, “body, soul, and spirit” to the man she marries. Peter declared his respect for her choice, saying, “That’s such a beautiful thing in my eyes” (predictably, cis men—and our culture at large—are just incredibly into the construct of cis women’s virginity). Regardless, he had to tell Madison that he had been intimate with the other two contestants that week. In a stock Bachelor trajectory, she was angry and hurt; he cried and apologized; nothing got resolved; cliffhanger.

Madison’s rhetoric both during and after this conversation, however, illustrates a much broader, scarier problem with her virginity-focused narrative arc. Before Peter confessed to his other intimacies, she told him that she doesn’t “want to feel like a bad person for the standards that I have.” When he tried to reassure Madison that he didn’t think that at all, she steamrolled over him as if he were actively trying to shame her: “I’m so proud of who I am and the choices that I’ve made and the standards that I have.” Later, standing outside, Peter in tears, she continued in that vein, saying, “I can’t change what I believe and what I stand for and what I need… And I don’t want to feel bad for having that and being that, you know?”

Who, exactly, was making Madison feel like a bad person? Peter expressed nothing but dewy-eyed admiration for both her Christian faith and commitment to virginity until marriage. It’s possible that other contestants had different responses, but if they did, those never made it to air. Madison’s continued invocation of phrases like “What I stand for” seemed to suggest that she saw herself as a victim in a conflict that didn’t exist in the Bachelor house. This isn’t necessarily surprising: She is a white, privileged woman whose particular faith background has long used claims of persecution as a rallying cry and political tactic. (Remember the “war on Christmas” nonsense?)

The idea that Christian beliefs are somehow under attack is particularly aggravating for non-Christians: The United States, for all intents and purposes, was founded as and continues to be a Christian nation, with Christian imagery, language, and moral beliefs embedded in legal decisions, political debates, and even our money. Plus, Madison’s views on sex are hardly atypical: Though acceptance of premarital sex might be changing (about seven in 10 adults think it’s okay, although that varies pretty wildly in terms of religion and politics), let’s not forget that 29 states still require that abstinence be stressed when teaching sex education, and another 10 require it be covered.

And we can see that slut-shaming of women in particular is alive and well in media, popular culture, and all walks of life. Madison’s desire to keep desire for marriage is not a marginalized position (or identity), but her narrative in this episode—and her pained, martyr-like air when she accepted her next rose from Peter—suggest that she’s a symptom of how white evangelical Christian women continue to be taught that they are victims of everyone outside their own communities. Peter ended up feeling so torn up about having had sex with other women that Episode 10 began with the camera focused on his world-weary face as he regretfully told host Chris Harrison that maybe he “didn’t go about this week the right way.” Unfortunately, my predictions for the season’s final episodes remain just as they have been ever since Madison’s sex-negative promos first aired.

I suspect she’ll disappear on Peter and, urged by maternal tears, he’ll pull a Colton (the virginal Season 23 Bachelor who realized his mistake with contestant Cassie Randolph) and run after her, proving that yet again, there’s nothing quite so sexy in the eyes of a straight American man as the unattainable “pure” white woman who graduated from Bible College. And while there’s nothing wrong with Cassie or Madison for being who they are, and I’m not asking them to change, I do wish that the franchise would really listen to Season 13 Bachelorette Rachel Lindsay, who knows what she’s talking about when she said recently that the show would either have to change, “or it’s gonna end.”

I confess I was feeling hopeful prior to this season about the franchise’s forward momentum, slow as it may be. Last season’s Bachelorette, Hannah Brown, was an outspoken woman who demanded emotional real talk from her suitors, and while she was taken in by the toxic tactics of Luke P., their big showdown was actually a win for feminist Christians everywhere: Hannah made clear that she certainly would not be keeping her body “pure” for him, furiously declaring “I have had sex… Yeah. And Jesus still loves me.” (The very next summer, she was a prime supporter of the first queer love story we’ve seen on Bachelor in Paradise.)

And yet, every time the franchise seems to be moving away from fulfilling whitestream heteronormativity, it takes two steps back. Like all reality TV, the Bachelor empire exists within a capitalist fantasy structure that’s never interrupted by political realities. But if that remains the case for future seasons, producers should stop trying to deal with tricky issues like virginity and religion and stick to hot tubs and long walks on the beach. Though Madison’s personal choices might not be political, her rhetoric sure has been, and I, for one, was hoping to turn to The Bachelor on Monday nights for some mindlessness—not to watch yet another part of the country I live in get taken over by the Evangelical Christian establishment’s belief. That is the true misstep here.