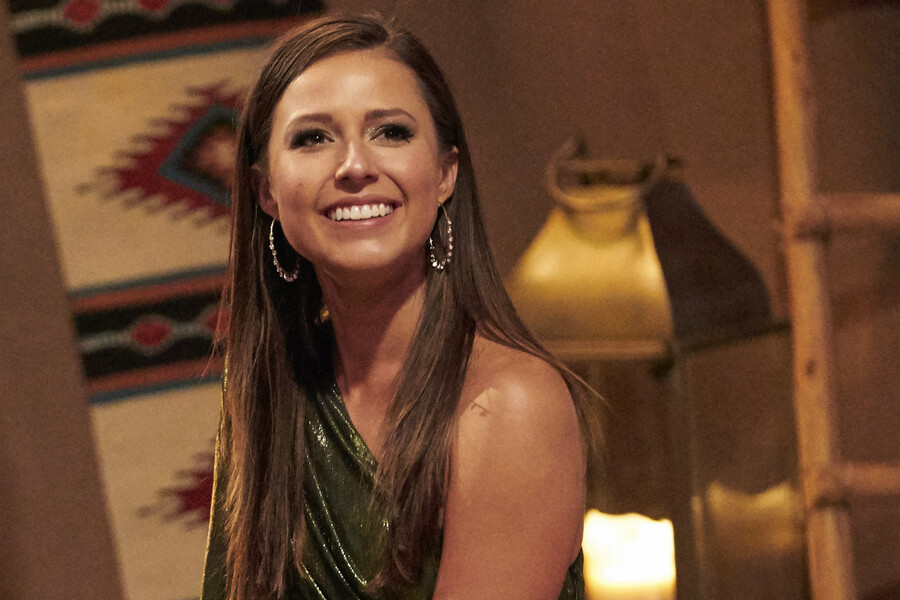 The Bachelor franchise has been experiencing a reckoning in recent years that’s sent its producers scrambling to keep up with shifting mainstream politics. Despite its genesis in 2002 as a heteronormative television program about white people falling in love, the franchise has sought to establish itself as progressive—or, at the very least, progressive-adjacent. The show started this process by selecting its first Black Bachelorette and Bachelor in 2017 and 2021, respectively, in an effort to address its fraught racial politics. Unsurprisingly, these casting decisions didn’t solve the racial biases baked into the shows. Rather than transforming The Bachelor into a beacon of diversity and inclusion, the first Black Bachelor’s “historic” season ended with leaked racist photos and longtime host Chris Harrison ranting about “the woke police” on national television.

Now, the newest season of The Bachelorette seems to be attempting to fix the franchise’s long-held obsession with purity culture. It wasn’t that long ago that the Bachelor universe fawned over contestant Madison Prewett being a virgin, even lovingly describing her as “so pure.” The show’s handling of Prewitt was merely one piece of the franchise’s overall obsession with sexual purity and one example of its repeated use of a contestant’s virginity as a plot point season after season. Now, just one year after Madison appeared on Season 24, Katie Thurston, the former Bachelor contestant who shocked Matt James—and the entire fandom—by introducing herself along with her sparkly pink vibrator, is the newest Bachelorette. Katie has no shame about being sexual onscreen, making her appear as though she’s subverting the show’s status quo. But now, Bachelor Nation is poisoning the concept of sex positivity altogether, morphing it from a liberatory feminist politic to one of the countless ways that Katie’s suitors can objectify and sexualize her.

The June 7 season premiere was brimming with sexual innuendos designed to capture Katie’s attention. Contestants tried a slew of sexually charged introductions, from a contestant bringing along his blow-up sex doll, to another telling her he hopes they “rub one out together” mere moments after meeting, to another going on and on about his “stroke” only to reveal that he was in fact referencing his painting acumen. If the premiere is any indication, The Bachelorette is turning a woman’s sexual empowerment into a green light for men’s creepy sexual advances, even going so far as to make a vibrator pun in show promos. Both Katie and the long list of men vying for her love—men who don’t appear to be gender and sexuality scholars—repeat the phrase “sex positive” over and over within the span of each two-hour episode. But much like casting Black contestants didn’t fix the franchise’s racism problem, parroting the term “sex positive” over and over will not likely reform the show’s heteronormative, sexist origins. The Bachelorette might be expecting praise for featuring an openly sexual woman, but it’s simply cloaking the same problematic gender dynamics under the guise of feminist sexual liberation.

The concept of sex positivity has risen in popularity in recent years, alongside the simultaneous reinvigoration of purity culture. While purity culture preaches rigid gender roles and sexual double standards, sex positivity advocates for the decoupling of consensual sexuality from a moral code rooted in white Christian evangelism. By countering virginity pledges and purity balls, sex positivity focuses on consent, pleasure, and the freedom to choose how to be—or not be—sexual. Given purity culture’s racialized undertones, namely the demonization of Black and Latinx women as hypersexual and the fetishization of Asian women, sex positivity is also a liberatory practice for women and nonbinary people of color who wish to challenge white supremacy. And yet, sex positivity has been co-opted in service to patriarchal ideals, and sexual liberation has been recast to indicate that a woman is always sexually available. The mischaracterization of Katie’s openness as an invitation to be sexualized by strange men is emblematic of this larger trend.

By sexualizing Katie, The Bachelorette is providing a blueprint for removing choice from the sex positivity.

Indeed, the bulk of the harassment that sex professionals experience looks eerily similar to the contestants’ behaviors toward Katie: uncalled-for sexual advances and assumptions of indiscriminate sexual availability. Sarina, a Chicago-based bisexual sexual health researcher who is using a pseudonym for this article, says, “People often assume I am sexually promiscuous, experienced, and ‘kinky’ because of my interest [in] and passion for sex ed.” Javay da BAE, a Black bisexual sex educator and pleasure professional echoed this, saying, “The average person thinks sex positivity means ‘oh yeah I have so much sex’” leading people to believe she “must want to have sex [with them] or hear about their sex lives or genitals.” The Bachelorette might frame these overly sexual introductions as comedic, but sex educators regularly receive unwanted dick pics and messages from unknown men asking for sex. We can’t let this season reinforce this widespread mischaracterization of sex positivity in an attempt to win inclusivity points from an audience eager to see a reformed Bachelor Nation.

Rachel Lindsay, the first Black Bachelorette, said it best when she declared that this franchise won’t survive if it doesn’t make some serious changes. But if the past year is any indication, this latest attempt at recasting The Bachelorette as compatible with sex positivity will fail. No matter how many times the producers instruct contestants to repeat the line “sex positive” while gazing at the camera or how many sparkly pink vibrators are waved onscreen, this show can’t run from its long history of peddling purity myths. Katie was described by one of her many suitors as, “the perfect girl: beautiful, funny, and sex positive.” How much she or the show actually embody the core values of sex positivity remains to be seen, but what’s clear is that Katie is indeed the perfect girl for The Bachelor franchise to use to both shield itself from criticism and to pose as though it is new and improved.

Read this Next: Once Again, Disney Attempts to Co-opt Pride Month 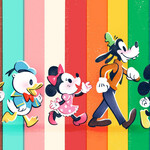