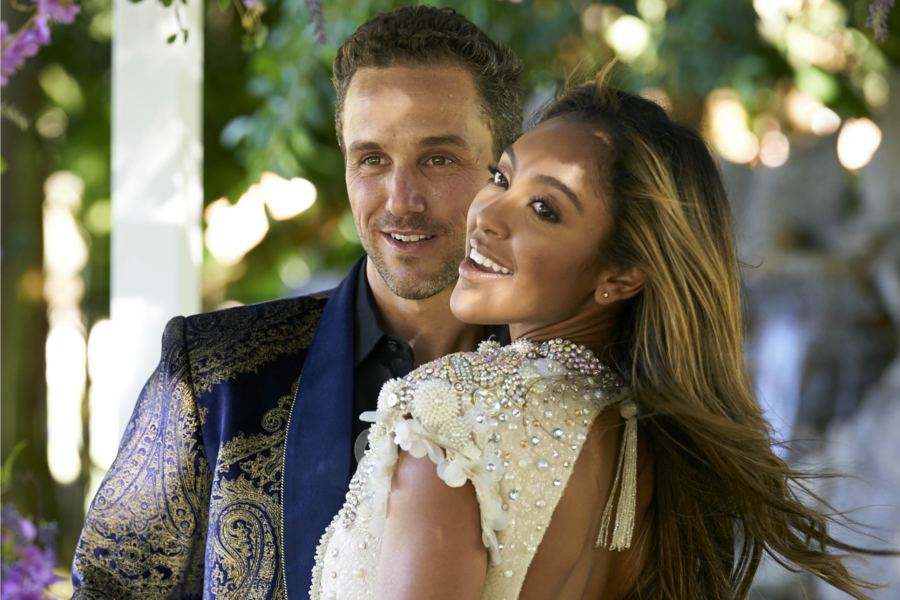 It’s Tuesday night, and I’m watching a beautiful woman pretend to be in love with 15 men.

The men jostle one another in faux-bro-camaraderie, as my roommate and I, who devote an hour and a half of our lives each week to watching these beautiful commodities parade across the screen, jostle with each other for space on the couch. There’s something cathartic in the voyeuristic enjoyment of observing a lifestyle so different from your own that its participants may as well be on Mars. Just as we like to peek into rich people’s houses, to gawk at their private pools and luxurious gardens while knowing that they probably also have the same stash of Ibuprofen and Prozac in their medicine cabinet as we do, we like to watch The Bachelorette.

I’m a relative latecomer to the show. I was raised by avowed feminists, none of whom were married, and anything in the realm of reality TV was pretty off-limits when I was growing up. But naturally, I ended up drawn to that which was forbidden to me—a trait relatable to many of us, and one that, in particular, is formative for anyone who writes about the politics of desire. Since 2002, when The Bachelor premiered (its sister show launched the following year), the franchise has offered near-constant opportunities for debates and moralizing from all sides, and has been especially notorious as a guilty pleasure–slash–discursive flashpoint among feminists. With dozens of books and countless articles, blog posts, and podcast episodes devoted to the franchise, you’d think the analytical well would have run dry by now. But because the contexts and cultural shifts that surround and inform Bachelor Nation are always changing, it can still compel us even after all these years. No wonder your favorite feminist cultural critics watch it.

Much like the American Dream whose origins and tenets are only beginning to experience the large-scale reckoning the require, the Bachelor franchise represents a false promise. Its veneer of carefully calibrated drama, romance, and scandal sell the same conformist values that have always been central to colonialist capitalism. And The Bachelorette in particular has always constructed this sales pitch under the guise of empowerment. Like the larger feminist media industrial complex, the show uses the pretense of “empowerment” to replicate both outdated gender imperatives (for instance, the belief that heterosexual, monogamous, childbearing relationships are essential to a fulfilled life) and the structures that sustain such imperatives, including racism, sexism, colorism, and more. And, of course, at the end of the day, it’s the white male executive producers who profit from all of it.

That said—and, as a Bachelor Nation newbie, I’m not sure if mine is a controversial opinion—I think the show is doing us a favor by laying bare just how commodity-oriented modern romance is. In a time that’s more mediated than ever before, love is a contrived TV show for us all. We may not perceive it as such, given that most of us aren’t presented with a neat lineup of potential suitors (though with Tinder we can get pretty close), or a contract, or a shiny pre-chosen ring. But still, our desires are not fully our own. The economic, political, and social structures that determine how we desire are the same ones that determine how we eat and sleep, what we do every day for work, how we move in the world, how we get by. The Bachelor/ette is merely a symptom of a much much larger problem with the way we love and conceptualize relationships.

The entire franchise, as a friend pointed out to me, is an exercise in theorist Lauren Berlant’s concept of “cruel optimism,” which Berlant explains as the condition “when something you desire is actually an obstacle to your flourishing.” In her 2011 book of the same name, Berlant writes that the circumstances of cruel optimism “[M]ight involve food, or a kind of love; it might be a fantasy of the good life, or a political project. It might rest on something simpler, too, like a new habit that promises to induce in you an improved way of being. These kinds of optimistic relation are not inherently cruel. They become cruel only when the object that draws your attachment actively impedes the aim that brought you to it initially.” The Bachelor premiered at a time when different political, economic, and social issues held the foreground. But 18 years later, when the consequences of neoliberalism and late-stage capitalism have never been more apparent, the franchise remains an apt and consistently alluring vehicle for our fantasies. The cruel optimism of The Bachelor and The Bachelorette is something we all buy into on some level, because it’s predicated on the belief that self-commodification—whether as a potential marriage partner, a would-be influencer, or simply a visible person—will transform and save us.

We already know that the commodity status of sex is central to reality television, because it’s central to capitalism itself, something that Rebecca Solnit and Kristin Ghodsee, among others, have incisively pointed out. But the problem with the Bachelor franchise has always been that it goes beyond selling sex as a commodity. What it wants to sell us is love. Dressed in a glittery gown and tied with a ribbon, it peddles something that is, when you break it down, less an actual emotion or state of mind than it is a prescribed list of steps one must follow in order to be perceived as a normative, productive, worthwhile contender for true love. It’s evidence of the fact that our emotions and most intimate desire have been colonized from the get-go. Even beyond the perennial behind-the-scenes problems in Bachelor Nation—its notorious issues with diversity, relentless capitalizing on women’s trauma, and more general manipulations, it shows love as a “process” in itself, a symptom of the demands of normalcy that require legal marriage in order to receive tax benefits (on an economic level) or be a “worthy” woman (on a social level).

The Bachelor’s cruel optimism is something we all buy into because it is predicated on the belief that self-commodification will transform and save us.

It provides answers to the question of who is capable of fitting themselves into these restrictive structures, and who cannot, like the conversations about assimilation and gay marriage that characterized the years that saw the rise of The Bachelor—a conversation that, in some ways, evolved concurrently with the show. Within the franchise, The Bachelorette’s focus on female empowerment means it has a specific responsibility to keep up with feminist-adjacent culture while continuing to require its eponymous lead to make clear that her role as a future wife takes precedence over whatever professional or personal aspirations she might have. In that, it reflects the bruised-but-not-broken “girlboss” industry and its own cruel optimism about the latest woman CEO who’s changing the game without actually, well, changing the game. Engaging with this kind of rhetoric affirms and reinforces it—something that UnREAL, the darkly comedic (and short-lived) meta sendup of The Bachelor created by one of the show’s former producers pointed out.

In the age of self-commodification, the girlboss industry makes it difficult for us to distinguish between empowerment and exploitation. The desire for self-commodification runs deep in the marrow of our bones. “Feminism and capitalism are at odds, if under one women are people and under the other they are property,” wrote Solnit in a 2018 Guardian piece. But it has been determined that empowerment sells: Commodity feminism operates under the guise of women as people, then bills it as empowerment when you do such things as buy a certain t-shirt or make an Instagram post—cementing woman-as-consumer over all other narratives. The Bachelorette serves the same role, entrenching production lines and exploitative structures under the rhetoric of taking hold of your own destiny, owning your desire: You go, girl! Achieve that mythical upward mobility and assimilation!

I agree with Solnit: The problem with sex is capitalism. But I also think we can take it a little farther: At a moment where therapy and “wellness” buzzwords pepper our everyday conversation and gender-reveal parties cause wildfires, the problem with love is capitalism. The problem with desire is capitalism. The problem with the way we construct modern relationships—from friends to lovers to one-night stands—is capitalism. Sex is a commodity, but so is love and the material acts of care we’ve come to associate with it: a ring, a dress, a promise to love one person forever. It’s the taxonomy of what’s considered “meaningful” life events: It’s buying a house; it’s children (themselves commodities); and it’s the signifiers of having achieved whatever “normalcy” looks like at any particular time. I see the Bachelor franchise as both case study and coal-mine canary for the state of our relationships. But I also think it can be a wake-up call: In interrogating these things we hold so dear, we can see cruel optimism that’s hurting us and learn to let go. It can’t address the systems that got us here—but it can, at least, help up in finding the way out.

Read this Next: The Final Rose 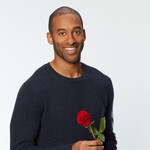 by Andie Kanaras
“The Bachelor” franchise survives in the streaming age because it coddles white fragility.