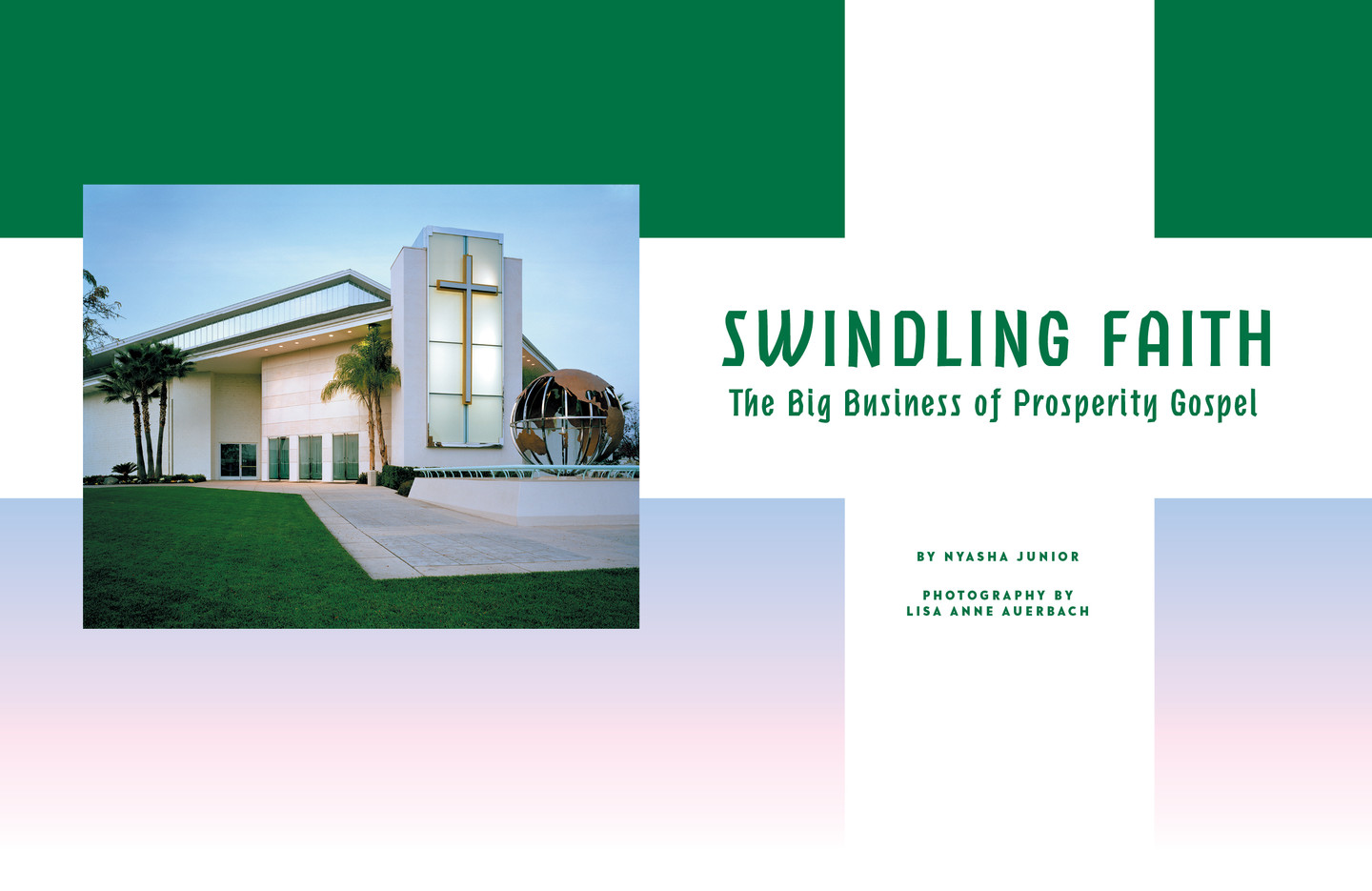 This article was published in Broke Issue #82 | Spring 2019 Subscribe »
“Name it and claim it!” Telling God what you want and believing that you will receive it may sound too good to be true—almost like a mash-up of Jesus Christ and Santa Claus—but this idea exemplifies the core tenet of prosperity theology. Prosperity theology—sometimes called prosperity gospel—is not an official Protestant denomination like the United Methodist Church, nor does it involve a statement of belief like the Apostles’ Creed. Rather, prosperity gospel adherents contend that it’s God’s will that they obtain and maintain prosperity in health, wealth, and heavenly reward.
In a 2011 Pew Research Center poll of global evangelical leaders, only 7 percent agreed with the statement “God gives wealth and good health to those with enough faith.” Yet this idea has gained prominence in recent years, most visibly when popular prosperity pastor Paula White delivered the invocation at Donald Trump’s January 2017 presidential inauguration. In Mark 12:41 through 44 (often referred to as “the widow’s mite”) Jesus watches as rich people contribute to the temple treasury. When a poor widow adds her two coins, Jesus praises her because, unlike those who are wealthy, she has given all that she has. In our era, there’s a popular narrative of these obscenely wealthy ministers being supported by impoverished congregants who are duped into giving “the widow’s mite.”
Pop culture often depicts Christian ministers as flashy, charismatic leaders—from Richard Pryor’s Daddy Rich in Car Wash (1976) to Keith David’s Bishop James Greenleaf in the OWN television series Greenleaf (2016). In real life, televangelists Jim Bakker and former wife Tammy Faye flaunted their matching his-and-hers Rolls-Royces and an air-conditioned dog house during their heyday in the ’80s. And though there’s a misconception that most of the people in the pews are impoverished sheep getting swindled by their jet-setting shepherds, the allure of prosperity theology cuts across socioeconomic lines. Its “believe it and receive it” message appeals to both the haves who want to increase their bounties and the have-nots who hope to transform their lives.

According to sociologist Milmon Harrison, in the late 19th and early 20th centuries, evangelist and founder of the Bethel Bible Institute E.W. Kenyon developed the earliest form of prosperity theology by drawing upon various teachings and philosophies including New Thought metaphysical philosophy, Pentecostalism, and the “Protestant work ethic.” New Thought, in particular, holds that what we think and speak can be manifested in our daily lives. In the mid-20th century, Kenneth Hagin, Sr. popularized similar ideas (some claim that he plagiarized Kenyon) through what became known as the Word of Faith Movement. As the popularity of religious broadcasting spread through radio and television, prosperity gospel took off and was beamed directly into living rooms around the world. Today, often without using the terms “prosperity theology” or “Word of Faith,” many high-profile ministers promotes its tenets.

Joel Osteen, senior pastor of Lakewood Church in Houston, is a hugely influential preacher and a New York Times bestselling author. While Osteen is a Christian minister, his brand of prosperity theology is apparent in such secular-sounding titles as Your Best Life Now: 7 Steps to Living at Your Full Potential. Plenty of prosperity teachings don’t preach hellfire and brimstone so much as they do made-for-Pinterest quotables. For instance, in Battlefield for the Mind: Winning the Battle in Your Mind, Joyce Meyer writes, “You cannot have a positive life and a negative mind.”

The investigation neither resulted in penalties for the four ministries that did not cooperate nor found any evidence of wrongdoing. In 2015, taking aim at church tax exemptions, John Oliver, host of HBO’s Last Week Tonight, founded Our Lady of Perpetual Exemption Church (Oliver shut down the church after a month and donated all proceeds to Doctors Without Borders) to criticize predatory ministries that take advantage of and financially exploit their congregants. 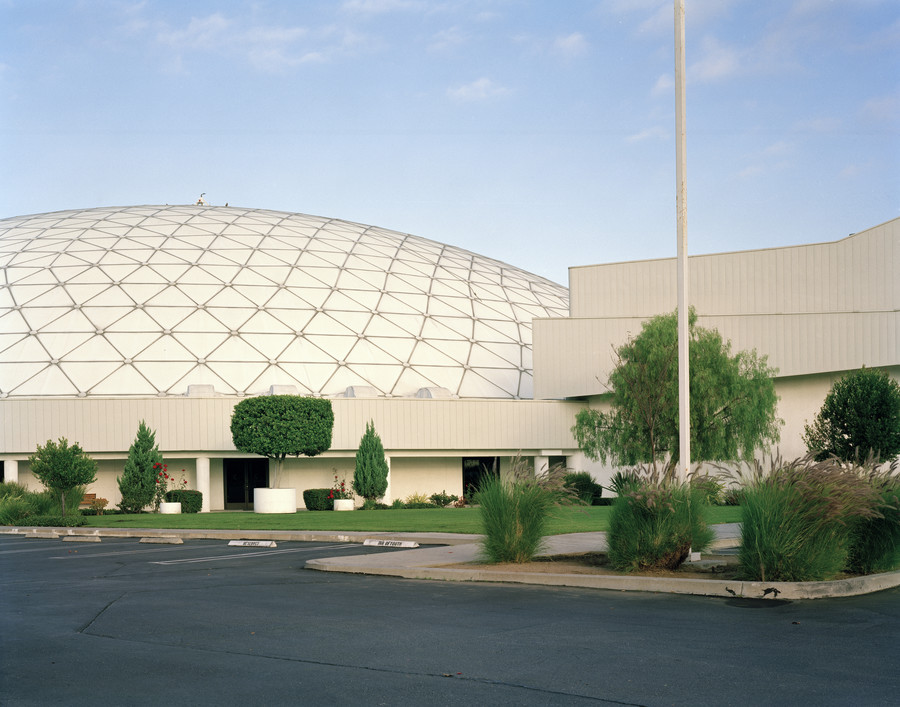 Who Wants a Blessing?

In Exploring Prosperity Preaching: Biblical Health, Wealth, & Wisdom, Dr. Debra J. Mumford, a homiletics professor at Louisville Presbyterian Theological Seminary, emphasizes the allure of prosperity theology for those who are marginalized and unable to obtain wealth in a capitalist society. “The hope is that God is more powerful than the society that allows some people to succeed and denies success to others,” she explains. “Ultimately, it’s about hope that people have not been able to have by other means.”

The narrative of prosperity preachers fleecing of the poor reinforces the stereotype that low-income people are gullible and susceptible to the glitz-and-glam promises of smooth-talking ministers. One such instance occurred in 2013, when Bishop I.V. Hilliard of New Light Christian Center Church in Houston sent a letter to supporters requesting that they each contribute $52 toward a $52,000 upgrade for his private helicopter. Citing biblical texts, Hilliard promised that those with transportation needs would experience a “breakthrough favor” in 52 days or weeks if they made this contribution.

When Hilliard’s letter went viral, detractors expressed outrage at the request. But, for members of prosperity communities, such requests are understood as “seed-faith” giving, in which believers supplement standard tithes (10 percent of one’s income) and offerings with additional financial donations to the ministry. When churchgoers sow seeds by providing such funds, they expect to reap financial benefits—a prosperous harvest. Even for requests less absurd than helicopter blades, some churches still function with this mindset by claiming that gifts of money to the church will soon be returned in kind.

Prosperity ministries are part of a broader church culture that shares similar values. Some are megachurches that hold multiple services at multiple locations, like T.D. Jakes’s The Potter’s House, which has a main campus in Dallas as well as satellites in Los Angeles; Denver; Fort Worth, Texas; and Frisco, Texas. For many worshippers, whether watching in person or on television or YouTube, megachurches provide programming that approximates a full-on concert experience, with professional musicians, lighting, and sound systems. Megachurches with deep pockets may fund significant nonprofit organizations, including health clinics and community development operations; and provide numerous programming options and volunteer opportunities. For instance, the Crenshaw Christian Center has a prison ministry, an HIV/AIDS ministry, a children’s ministry, a worship arts program, and many other auxiliary services. In this way, prosperity ministries provide a sense of belonging and meaning beyond the church’s physical walls.

In this almost algebraic equation, if you do the things suggested by your pastor’s rendition of biblical texts, God’s blessings will surely follow.

Public outrage tends to focus on prosperity theology when it’s supported by marginalized communities, but impoverished people aren’t the only supporters of this theology. Wealthy and powerful athletes, celebrities, and politicians are also members and supporters of prosperity ministries. Magic and Cookie Johnson are well-known supporters of, and make substantial donations to, the West Angeles Church of God in Christ, part of the Pentecostal-Holiness Church of God in Christ (COGIC) denomination. Justin Bieber was baptized by Hillsong minister Carl Lentz (“the rockstar pastor”) in a giant bathtub at the home of NBA player Tyson Chandler. Abundant-life thinking has become commonplace even when not associated specifically with prosperity theology or a particular church. In 2013, after the Baltimore Ravens defeated the Denver Broncos in an overtime victory, Ravens linebacker Ray Lewis invoked prosperity theology without identifying it as such. In his postgame exuberance, Lewis belted out, “No weapon formed against me shall prosper.” This reference to Isaiah 54:17 reflects the prosperity gospel mind set that biblical texts contain promises for believers.

For those who are wealthy, prosperity theology may serve to justify their individual success. They and other adherents regard their wealth as a clear sign of God’s favor and an aspect of God’s plan for their lives. Thus, if you have a private jet, you’ve been blessed. Likewise, you view your pastor’s private jet not as a rejection of Christian humility and modesty but as proof of a life blessed by God.

On the Kenneth Copeland Ministries website, the article “What Is Prosperity?” explains, “To prosper is to excel and go to the highest place, in anything desired. Prosperity is not an accident. It’s not a function of circumstances or the economy. According to God’s Word, prosperity is a choice. It’s a personal decision and a spiritual process. Believe what God says about true prosperity. God has always promised, ‘If you are willing and obedient, you shall eat the good of the land’ (Isaiah 1:19).” The article takes the vision of the prophet Isaiah in 8th century BCE and repurposes it for a 21st-century theology that stresses the importance of personal choice in bringing about prosperity.

We All Fall Down. Who Gets Back Up?

The emphasis on personal choice that permeates prosperity theology offers adherents, regardless of income, a perceived measure of control over their own fates. The ideology hones in on how the way one thinks and behaves can increase their chances of success, which on the surface seems empowering. To obtain health and wealth, one must simply follow the guidelines set forth by the pastor and based in large part on each pastor’s personal interpretation of scripture. In this almost algebraic equation, if you do the things suggested by your pastor’s rendition of biblical texts, God’s blessings will surely follow.

But despite its concerns regarding scripture, prosperity theology rarely addresses longstanding theological questions about things like the origin and nature of sin. Stephanie Y. Mitchem, a professor of religious, women’s, and gender studies at the University of South Carolina, says that within prosperity-oriented ministries, sin is understood as “not believing enough.” Thus, she notes, these churches hold that “if you don’t believe enough, there’s something wrong with you,” and that “if you truly believe, all these things will manifest in your life.”

Furthermore, prosperity gospel’s emphasis on the individual often fails to address systemic issues like racism, sexism, and pervasive socioeconomic inequality. Even when churches develop community initiatives related to healthcare, education, or job training, the focus remains on the importance of self-help for hardworking individuals. Personal agency, rather than communal responsibility, serves as the driving force behind an individual’s success or failure.

In Blessed: A History of the American Prosperity Gospel, historian Kate Bowler explains, “The prosperity gospel guaranteed a special form of Christian power to reach into God’s treasure trove and pull out a miracle. It represented the triumph of American optimism over the realities of a fickle economy, entrenched racism, pervasive poverty, and theological pessimism that foretold the future as dangling by a thread.” Creflo Dollar’s 2018 titled series blog, “Help, I’m Afraid to Give,” illustrates this rationale. He writes, “Giving is a way we demonstrate our faith in the promises of God. The devil tries to convince us that what God promised won’t come to pass for us; he does this by making us afraid to give.”

Prosperity theology may be a more extreme version of some Christian theologies, but its supporters are not simply dupes lured in by flashy suits and jumbotrons. Prosperity theology appeals to those who desire health and wealth, those who already have it, and those who appreciate the hope, assurance, and justification.

Read this Next: #ChurchToo

by Allison Jane Smith
The church’s views on sex entrench the power dynamics that contribute to the abuse of women (and the abuse of people of color and queer folks.) 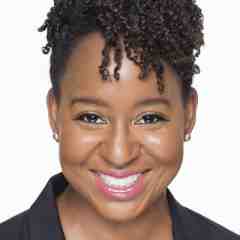 Nyasha Junior, Ph.D., writes teaches, speaks, and frequently tweets on race, gender, religion, and their intersections. She is the author of An Introduction to Womanist Biblical Interpretation (Westminster John Knox, 2015) and Reimagining Hagar: Blackness and Bible (Oxford University Press, forthcoming).