Like Kat Edison, Many Black Women in Media Can’t Catch a Break 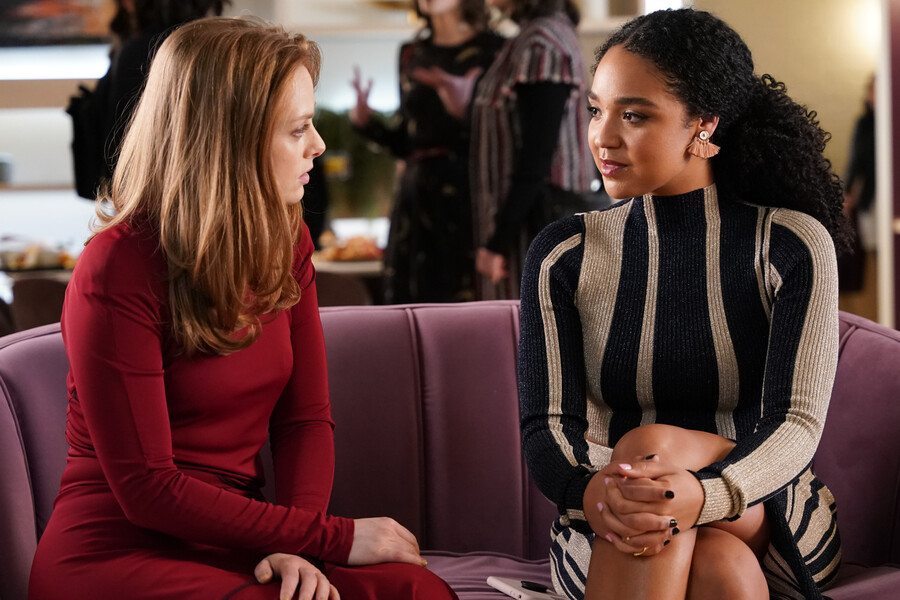 Black women who work in media have spent years calling attention to the disparities between the treatment of them and their white peers, openly discussing issues like a lack of promotions, being overlooked despite qualifications, and microaggressions that don’t feel so “micro.” But these media companies have done little to ensure the well-being of Black women in their workplaces. On the most recent season of The Bold Type, which aired its finale on July 16, these issues bubble to the surface at Scarlet magazine, offering a pop culture take on how Black women are treated in the media. The series, inspired by the life of former Cosmopolitan editor-in-chief Joanna Coles, follows Jane Sloan (Katie Stevens), Sutton Brady (Meghann Fahy), and Kat Edison (Aisha Dee), a dynamic trio who all work together at Scarlet, as they tackle health issues, relationship woes, and the consequences of activism in the workplace.

The Bold Type debuted in 2017 and was praised for depicting forward-thinking feminist ideals in a modern world. However, the show has stumbled as it attempted to tackle complex subjects such as immigration, race, and specifically in its fourth season, queerness, and the way identity shapes power dynamics. The story line has been particularly troubling when it comes to Edison, Scarlet’s queer, Black social-media editor, who has always been bold. She’s rare in her largely thoughtful character development, especially as a queer Black woman on a mainsteam television show on a popular network, and viewers took note, paying close attention to who she was and who she was becoming as the seasons passed. We were excited about her. Edison spends the season holding on to information that forces her to decide whether to allow a member of the magazine’s board to block LGBTQ content, or expose him and risk her job in the process.

As the most politically engaged character on the show (in Season 3, she runs for office), Edison feels it’s her responsibility to ensure that this homophobic man is ousted from the company. Throughout the season, we see how she struggles with the silencing of queer people like her in favor of the interests of a powerful, homophobic white man. Once his actions are met with public backlash, he is fired. What should have been a win for Edison, though, quickly dissolves into a loss. Though Edison’s boss, Jacqueline Carlyle (Melora Hardin), empathizes with Edison’s situation and moral dilemma, Edison’s offered up as the sacrificial lamb and fired from her position. This is a failing Edison experiences more than once, making it a recurring theme, rather than a shocking rarity. Once Edison is relieved of her duties at Scarlet, she becomes desperate to find a new job and accepts a position as a bartender at an exclusive women’s club, the Belle.

The Belle is inspired by The Wing, and specifically identifies itself as a feminist space. At The Belle, she meets Eva Rose (Alex Paxton-Beesley), the daughter of the man she had fired. While, naturally, the two should be enemies, the show positions them instead within the enemies-turned-lovers trope. As if this wasn’t bad enough, Edison is fired for challenging Rose, and it becomes clear just how little this supposedly feminist club cares about its marginalized members and workers, and how little The Bold Type cares about protecting Edison’s character. We understand that this is what feminism—onscreen and in the world of The Bold Type—has to offer Black women: false promises of unity, until there’s something tangible at stake. Then, Black women are left alone. Not all shows handle the racism that Black women in media experience the same way.

Depending on the network, and whether the show prioritizes a white audience or a Black one, viewers are encouraged to be more, or less, empathetic. For example, when this problem is addressed from a considerably more Black perspective on BET’s Being Mary Jane, the insidiousness of racism in the workplace isn’t dismissed, but it’s clearly criticized. It’s not drama for the sake of drama; it’s honesty. When Good Day USA, the show where Mary Jane Paul (Gabrielle Union) works, hires a Tomi Lahren look-alike, Dani (Victoria Staley), it’s Mary Jane who must make the effort to make the company feel like a “family.” One racist comment too many from Dani triggers Mary Jane into a dragging of epic proportions, with Mary Jane calling Dani overprivileged. As Sesali Bowen wrote in a 2017 article for Refinery29, “Sure, Mary Jane handled her situation with Dani poorly. But in reality, she shouldn’t have to handle it at all.” Unfortunately, as is par for the course, Mary Jane is blamed and forced to apologize, rather than Dani.

Being Mary Jane wonderfully centers the difficulties and intricate tightrope Black women have to walk without invalidating her experience or trying to humble her. We see her frustration and the development of camaraderie between Mary Jane and her Black coworkers, something that illustrates the allies Black people in toxic workplaces often make of one another; her Black coworkers empathize with her and show up for her with work advice and moral support. Being Mary Jane’s position as a Black show with a Black showrunner, Erica Shelton Kodish, and executive producer in Union allows it to accurately portray these dynamics. (Meanwhile, Dee recently called out The Bold Type’s predominantly white writer’s room for misrepresenting her character). When we veer back to white feminist television, this lens dissolves as it did in The Bold Type.

TV Land’s Younger finds 40-year-old divorcee Liza Miller (Sutton Foster) pretending to be 26 in order to get an entry-level assistant job at a publishing house. Immediately, the show relies on viewers being sympathetic to Miller’s plight, which is somewhat fair; ageism is real, after all. But her whiteness affords her privilege nonetheless: As more and more people continue to find out what Miller has done, they go out of their way to shield her from the consequences, a grace that wasn’t shown to Edison even once. A “strong Black woman,” Edison is left to protect herself, while Miller’s whiteness affords her protection and immediate allies. Miller isn’t alone in her lack of professionalism being protected by whiteness. In the Season 7 episode “It’s All About the Money, Honey,” her coworker Kelsey (Hilary Duff) posts seminudes on her Instagram story, and throughout the series, sleeps with her writers, attempts to backstab the company when things don’t go her way, and yet, she still comes out on top. None of this immunity is granted to Black women who are fighting for things far more substantial than the right to sleep with one of their authors.

For white women in media, life is full of mistakes that they can laugh about over a glass of wine. These women are painted as flawed humans who have the right to make mistakes because, well, white men get away with it all the time. Their Black counterparts, both onscreen and off, aren’t afforded that same freedom or empathy. While many fans can sit in delight to watch the frivolous and silly mishappenings of white women in the workplace, it’s uncomfortable to endure when it paints too accurate a picture of their complacency surrounding Black women’s workplace trauma. While these shows span across different networks, they capture the disparity between how white women see feminist workplaces and how Black women do. We’ve lived through the exposure of blowups of Scarlet’s real-life media counterparts, where former employees disclosed racism, disrespect, and little consequence for white coworkers compared with those of color. Edison is a character, but her experience was a behind-the-scenes peek into the damage that real women have suffered—and still suffer—while working at majority-white workplaces. While The Bold Type’s universe may be fictional, the consequences for Black women in the media are unfortunately still very real. 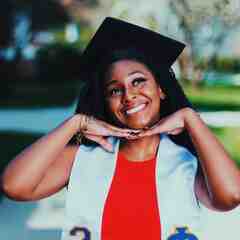 Iyana Jones is a writer with interest in pop culture, lifestyle, identity, and entertainment. She has written about entertainment and identity for Teen Vogue, Essence, The Girl Mob, Camp Thirlby, and more.