The Emotional Series Finale of “The Bold Type” | Bitch Media 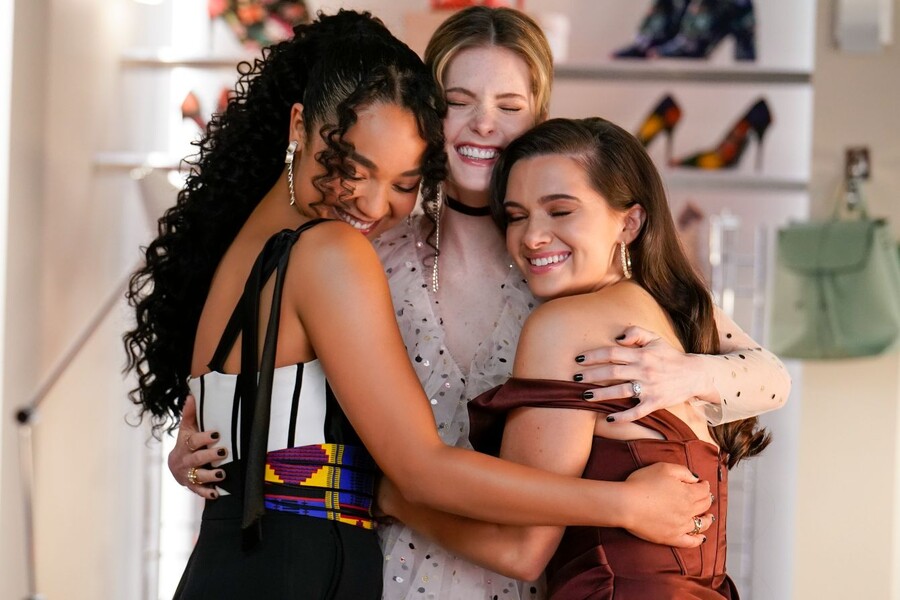 After five seasons on Freeform, The Bold Type has come to an end. Like all good finales, The Bold Type’s “I Expect You to Have Adventures” wraps up most of the characters’ arcs, attempting to put a neat bow on the series that has kept viewers returning to Safford. Despite character arcs that had star Aisha Dee, who plays Kat Edison, calling for changes and affecting the Season 4 finale 24-hours before it aired, fans have found comfort in the over-the-top drama during its five-year run. When the series began in 2017, Jane Sloan (Katie Stevens) had just been promoted from assistant to writer at Scarlet, a fictional fashion and beauty magazine looking to shift their brand toward inclusive feminism. Kat was the social media director, and Sutton Brady (Meghann Fahy) was feeling stuck in her own assistant position where she mostly just fetched green juice for her boss and Scarlet executive editor, Lauren Park (Emily Chang).

When the The Bold Type finale—which also saw last minute changes to the script—opens, director Aprill Winney uses recognizable imagery to remind viewers of the Jane, Kat, and Sutton of five years ago, including dynamics that fans of the show will immediately recognize: Richard (Samuel Page) and Sutton, Adena (Nikohl Boosheri) and Kat, Jane and her list of goals, including taking her boobs on a date and becoming editor in chief of Scarlet. The showrunners also remind us just how much these women have grown since 2017. Instead of Kat yelling, “What are you going to do to help, Sutton?” in the middle of the subway station as she did in the very first episode, the characters meet up on the street in front of their apartment on the way to work and calmly regale the night’s adventures. The final episode includes a call-back to the quintessential scream from the first episode, but it contains complex emotions as it tries to wrap up five years’ worth of character journeys.

As to be expected, the final episode of the beloved series was nothing short of fantastical, and, of course, a little cheesy. Richard chooses a relationship with Sutton over his desire to have children because he loves her that much. Kat, who was previously fired from Scarlet and almost fired several times at the women’s club, The Belle, is suddenly reinstated at Scarlet as its new leader. Jane’s story is a little more believable—wanting to travel and live the life her mother’s premature death couldn’t afford—but the fashion of all three women remains hard to believe on the small budget they must have as twentysomethings in New York City. Despite having a shortened Season 4 due to the pandemic, The Bold Type remained an escape, forgoing the onscreen masks that other shows often opt for. Instead, the characters of The Bold Type continued to attend all-inclusive company retreats and dress in clothing more suited for a fancy party than work. And, like the escape we all needed, our three main characters all return to Scarlet, where Sutton asks, “Can we never break up the band again?” Ultimately, the show attempts to reunite the women whose professional lives have grown, over the course of five years, together and apart.

Fashion and storylines aside, the open displays of emotion are what make this finale for me. Jane cries in Jacqueline’s (Melora Hardin) glass office when she tells her boss she doesn’t want to take over the soon-to-be-vacated editor in chief position. Declining the job offer as Jacqueline’s replacement after her retirement, Jane tells her difficult truth: She wants to be a writer. “Do you hate me?” she asks, which is relatable to audiences. Despite Jane’s embarrassment over not wanting to make such a huge career move, and feeling like she’s failed her boss, Jacqueline reassures her she definitely hasn’t. Instead, Jacqueline chooses Kat as her replacement. Kat, who is finally ready for commitment and to take on the role, also cries about the phenomenal offer. This is why Jacqueline remains the perfect mentor; even when her marriage is failing and she can’t seem to take care of herself, she manages to take care of our main characters. Moments like these give Kat the courage to tell Adena just how much she loves her and finally commit to the on-again-off-again relationship that was established in the premiere of the show.

Sutton has a beautiful storyline too. Throughout the duration of The Bold Type, viewers have seen Sutton come to terms with her alcoholic mother, as well as her attempts to figure out her future path. She’s worked extremely hard to become a fashion designer and finally has the chance to style Jacqueline. After Richard and Sutton separate at the end of Season 4 when she tells him she doesn’t want kids, Sutton has to pick herself up once again. In the last episode, she writes Richard a glowing letter of recommendation for an adoption agency despite still being in love with him. Richard tells Sutton he wouldn’t want to spend his life with anyone else, kids or no kids. Despite the onscreen magic of The Bold Type, the final season is not without its flaws. One, it was too short. Both Alex (Matt Ward) and Scott’s (Mat Vairo) storylines ended abruptly with their departures from Scarlet, and the last two episodes felt extremely rushed. Two, the decision to bring back each protagonist’s original love interest—as if real life is full of get-back-together relationships—was jarring and unbelievable. Even Ryan (Dan Jeannotte) needlessly shows up in the final episode for a brief minute! I love a good wait-for-it romance, and I am happy that Kat finally figured out that Adena was her person, but Richard gives up a lot to be with Sutton. To make that plot decision work, more time needed to be spent rebuilding their relationship.

The final episode includes a call-back to the quintessential scream from the first episode, but it contains complex emotions as it tries to wrap up five years’ worth of character journeys.

The problems with the final season aren’t exclusive to the protagonists’ love lives either. I want Sutton to have the career she wants, too. Jacqueline tells Sutton, “It’s time for you to own how great you are.” Unfortunately, the sage advice from a wise woman barely alludes to Sutton’s true potential as a fashion designer, even if she never leaves Scarlet. And I believe Jacqueline when she says the future of Scarlet is someone like Kat, but the transition from Jane declining the position of editor-in-chief to Jacqueline offering the job to Kat happened in a single scene. One scene and suddenly Kat is taking over a huge media company! Rushed storytelling aside, the beauty of the show is its extravagance. And in 2021, The Bold Type isn’t about stealing black lace thongs from the fashion closet or grandiose company parties or even romantic partners. It’s all of those things, of course, but the lighter aspects of the series don’t stop it from covering real topics. Sutton must deal with her past—whether that’s financially, with her mom, or with her reliance on alcohol. It doesn’t stop Kat from being fired for her beliefs or having dating trouble for the same reason. It doesn’t stop Jane from having a double mastectomy or trying to connect with her deceased mom. The Bold Type is a show about the journey of being a twentysomething and heading into your thirties with experiences both behind you and ahead of you.

The Bold Type is aspirational escapism with real emotions, real messages, and real characters. The series has shown us that there’s no waiting for change to come to us—we have to find ourselves, and we have to be our own change. Jane, Kat, and Sutton have all given away their safety nets to make changes in their lives. By leaving Scarlet, Jacqueline has declared that the future has arrived for the company, but also for the world writ large. She’s left the magazine to the younger generations. The Bold Type is a feel-good show. It isn’t about real life, but it is real. The women of The Bold Type have changed—of course they have—but they still share core similarities with their characters of five years ago. They must make hard decisions, and the only thing that makes them different from audiences watching at home is that no chapter in their lives is ever really closed for the show’s writers. Despite the outrageous clothing budget and their irrationally quick, super successful lives, the women of The Bold Type are real women, and following Kat, Sutton, and Jane since 2017 has been the highlight of aspirational television.

Read this Next: Environmental Expenses 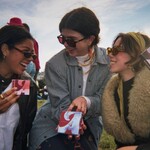