From the moment those words were uttered by Coogie Johnson (Jahking Guillory), the charming and precocious kid who’s killed in the first episode of The Chi, I knew I was in store for an accurate look at the South Side of Chicago. America is largely split into two groups: People who say soda and those who know better and call it pop. That minor, yet important, detail is one of the reasons The Chi is one of the most authentic onscreen depictions of Chicago. Dialect is important when telling the story of a city or neighborhood because it shows the amount of research that’s gone into the depiction and shows the level of care the creator has for the story.

One slipup can call the authenticity of an entire television show into question because language is an expression of group identity, according to Dennis Baron, an English and linguistics professor at the University of Illinois at Urbana-Champaign. “Language expresses solidarity or group identity,” he wrote in an article for PBS. “Language can separate insiders from outsiders, those in the know from those who didn’t get the memo, the cool from the pathetically unhip, and, in the case of the Biblical shibboleth, friend from foe.”

The Chi also achieves this authenticity through the way that it shows Chicago’s landscape. Unlike the traditional scenic openings of most movies and television shows set in Chicago, like The Break-Up or Dick Wolf’s franchises (Chicago Med, Chicago P.D., and Chicago Fire), The Chi doesn’t showcase the beauty of Chicago’s skyline. Instead, the opening credits highlight the heart of Chicago where there are just neighborhoods, not corporate offices and high rises. The South Side’s grittiness and character is conveyed through panning shots of corner stores, the elevated L platform, store owners sweeping trash off the concrete, and a swarm of police cars—a nod to the over-policing of the South Side. From the moment Barack Obama announced his decision to run for president in February 2007, Chicago has been under a microscope because of government corruption, a mass closing of schools, and a high crime rate.

But violence and tragedy is not all the South Side is, and The Chi shows those dimensions of the neighborhood and its people. 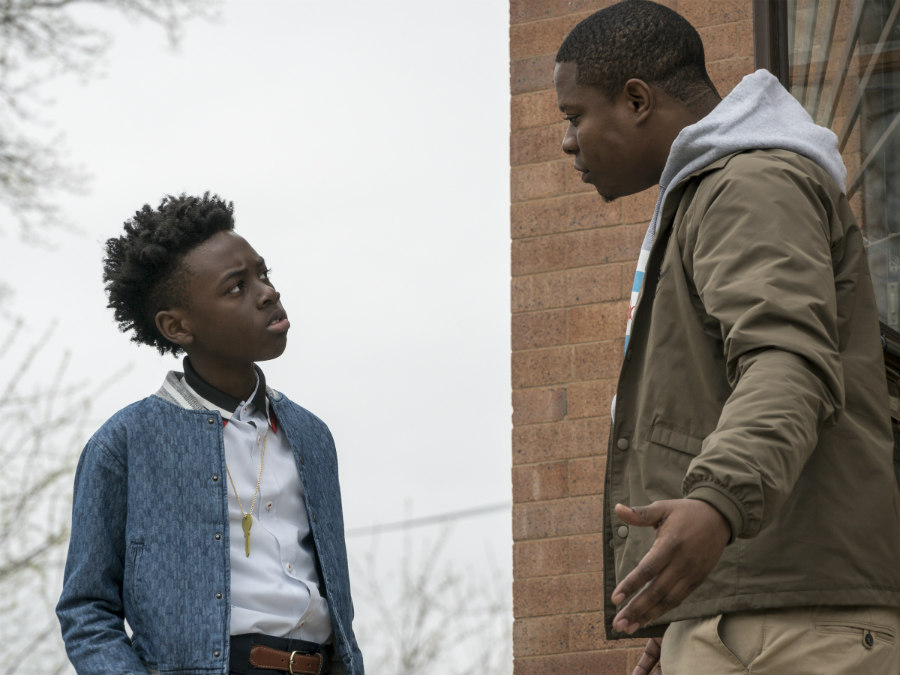 From left to right: Jason Mitchell as Brandon Johnson and Alex R. Hibbert as Kevin Williams in The Chi (Photo credit: Showtime)

At the beginning of the first episode, a murder sets off a chain of events that change the lives of various cast members. After Jason is murdered, Coogie—the teenager who discovered his body—is killed largely because of neighborhood gossip. But the power of The Chi resides in the authenticity of main characters Brandon (Jason Mitchell), Kevin (Alex Hibbert), and Emmett (Jacob Latimore), who are working to provide for their families. They’re all fully rounded Black boys and men who aren’t emotionless or obsessed with violence. We see them cry. We see them make both good and bad decisions. We also see them love—their families, their friends, and their community.

It’s a departure from how Black men in Chicago are typical portrayed on television shows, like Chicago P.D., where they’re depicted as demonic gang members wreaking havoc on the city. There are some elements of The Chi that seemed out-of-touch: For example, most children aren’t walking or riding a bike down 79th Street while rocking yellow Vans and Beats by Dre headphones. Young Black men simply aren’t able to be that carefree. Yet, The Chi is important because outside of seminal Black films, like Soul Food and Love Jones, most of the pop-culture depictions of Chicago have been filtered through white people’s lenses. While crime has gone down in Chicago since the early ’90s, the city’s supposed violence remains a talking point for many American pundits and politicians, from conservatives on Fox News to President Trump.

What’s rarely discussed, though, is how the communities of the South and West Sides unite in the wake of a violent crime. Organizations like Mothers Against Senseless Killings emerged from communities rallying together to put an end to crime in their neighborhoods. Chicagoans are more than talking points on cable news, and showrunner Lena Waithe, who’s a native of the South Side, understood the need for nuance. “My mission is to show these young Black men are not born with a gun in their hand,”  Waithe told the New York Times. “These are kids who come out with all the promise and hope that any other kid does. I wanted to humanize them and show that their lives are valid. But I don’t paint us in a perfect light at all. My hope is that I can show us in an honest way. That’s it. Not bad. Not perfect. Just accurate.” 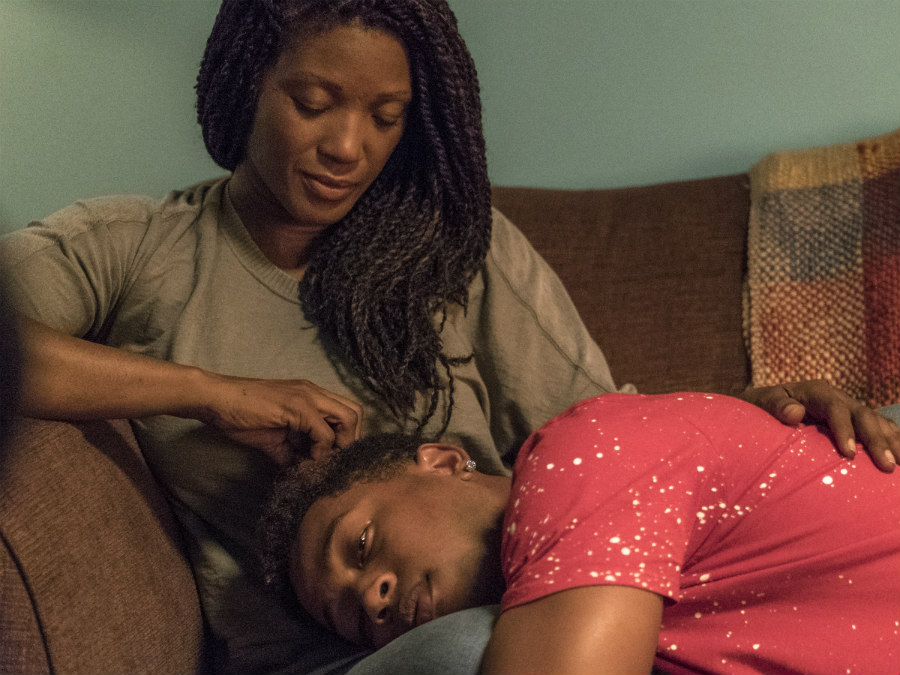 Thanks to Waithe’s vision, The Chi focuses on the humanity of Black Chicagoans. At the heart of The Chi are two grieving mothers who are both coping with their loss in different, but equally-as-destructive ways. Coogie’s mother Laverne (Sonja Sohn) leans on her boyfriend and alcohol for comfort. In a moment of grief, Laverne tries to sell the home where she and Coogie lived, but her eldest son, Brandon, helps her through the trauma of losing a child. Jason’s mother Tracy (Tai Davis), however, wants revenge and turns to her former flame, Ronnie (Ntare Guma Mbaho Mwine), to find her son’s killer. As the show proceeds, Ronnie comes to regret the crime he commits to avenge Jason’s murder.

Instead of remaining focused on the intricacies and nuances of the South Side, The Chi quickly pivots to actual storylines, like Brandon discovering the identity of his brother’s killer and figuring out how to respond, and Ronnie seeking redemption after committing a crime. Waithe’s use of grief as the show’s driving force separates The Chi from other shows about Black Chicago: The neighborhoods of the South (and West) Sides are more than just crime statistics. It’s a collective of communities living and working together to survive. The construction of the city, its characters, and its violence shows how close The Chi is to Waithe’s heart.

She’s telling the stories of her community and the people who she grew up alongside (and reaching 3 million weekly viewers in the process). Waithe is not an outsider looking in on Chicago (i.e Spike Lee with Chiraq); she’s created a story for Chicagoans from a Chicagoan. The Chi doesn’t paint Chicago’s people as a threat to themselves. It’s a complete picture of a community dealing with complicated issues, including the impact of crime, unemployment, gentrification, and school and mental health facility closings. The Chi isn’t a mirror image of Black Chicago, but it’s, by far, the best portrait of Black life on the South Side.

by Evette Dionne
We’re in for several months of quality TV.