How the Olympics Shortchange Women Athletes of Color | Bitch Media

The Endorsement GapHow the Olympics Shortchange Women Athletes of Color 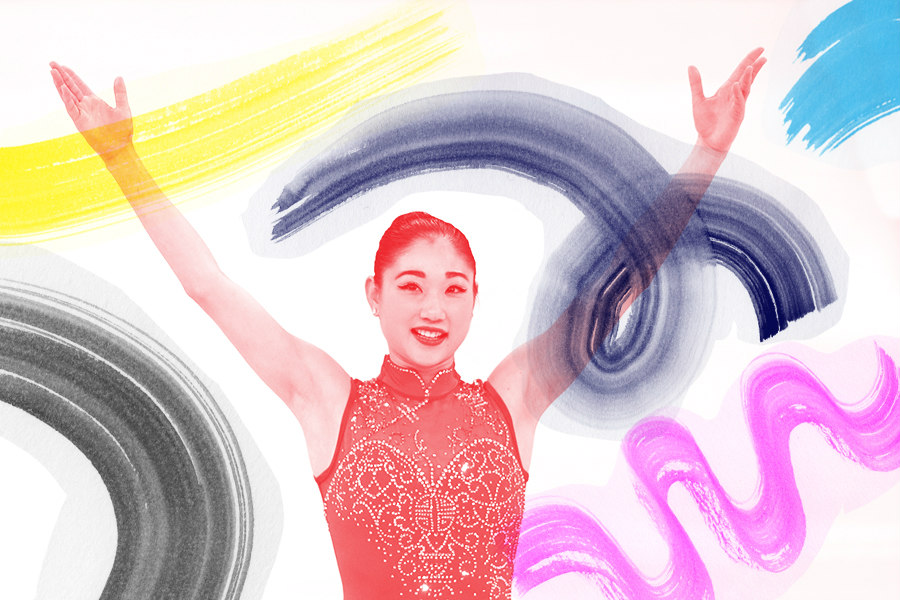 Every four years, Olympic athletes achieve a high level of visibility, but training at the highest level comes with an astronomical price tag. Being an elite athlete requires physical, emotional, and financial sacrifice. And in return, Olympians get the personal fulfillment of achieving feats of athleticism. Yet the financial benefit is minimal, even for those who win gold medals. Starting in PyeongChang, the United States Olympic Committee has doubled the take-home pay for medalists through its Operation Gold program—$37,500 for gold, $22,500 for silver, and $15,000 for bronze. For context, professional figure skaters spend between $35,000 and $50,000 per year on everything from costumes to training.

Many Olympians have day jobs because they can’t survive solely on competing. U.S. curler Tabitha Peterson works in retail pharmacy. “We don’t make enough money on the World Curling Tour to make up for those lost wages,” Peterson told TIME. And because she can’t work remotely, she works about 40 hours a week when she’s home, and goes from full-time to part-time to accommodate her travel schedule. Though gold medalists earn close to $40,000 at the Olympics, they can make as little as $3,000 and $12,000 per year for competing. For elite athletes, endorsements and sponsorship deals are the key to their financial success. And when it comes to who’s chosen for those deals, looks matter just as much as performance and athletic ability.

When I interviewed an Olympic track athlete shortly after she competed in Rio in 2016, she told me that she considered “looking good” a part of her job. When she stepped onto the track, she didn’t just need to run her best race. She also needed to make sure that her hair was done, her makeup was on point, and her manicure was flawless. She wasn’t just running for a medal; she was running for endorsement money. Historically, endorsements have gone to white and thin female athletes, such as skiers Lindsey Vonn and Mikaela Shiffrin. Both Vonn and Shiffrin are Olympic gold medalists who deserve recognition, but their looks play a definitive role in the number of endorsements they receive. 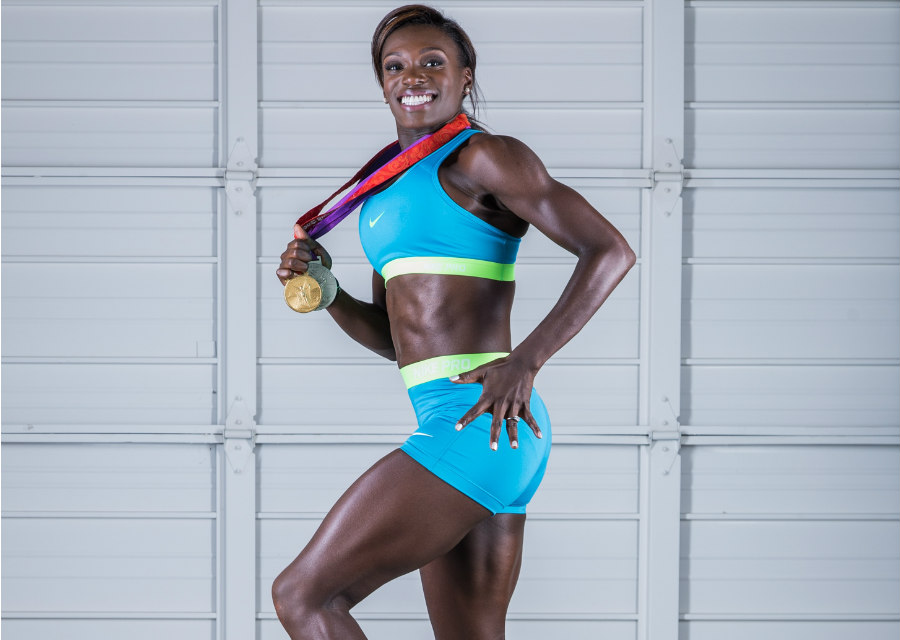 Hurdler Dawn Harper-Nelson, who won a gold medal at the 2008 Summer Games in Beijing and a silver medal in London in 2012, is sponsored by Nike, but has never received as many endorsements as fellow hurdler Lolo Jones. Jones has never medaled at the Olympics, but she’s been on the cover of Outside and was featured in ESPN the Magazine’s Body Issue, as well as receiving endorsements from companies like Red Bull and Asics. “Since the [’08 Beijing] Olympics, [Jones] hasn’t really beaten me outdoors at all,” Harper-Nelson, who had no shoe sponsor in Beijing and ran and won in a pair of borrowed spikes, told KNBC-TV. Harper-Nelson is a darker-skinned Black woman; Jones is light-skinned. Many people argued that colorism played a role in Jones receiving so much attention when she hasn’t won medals in the sport.

“It’s really a sad commentary on the industry Lolo [Jones] is in,” Janice Forsyth, the director of the International Centre for Olympic Studies at the University of Western Ontario, told the New York Times. “Limited opportunities are there for women to gain a foothold unless they sell themselves as sex kittens or virgins for sale. I don’t know if this is Lolo being Lolo or part of a marketing scheme to remain relevant in an Olympic industry where if you are not the Olympic champion, you are nothing.”

And on some level, not much has changed since the 2016 Olympics. Figure skater Ashley Wagner was a 2014 Olympian who won a bronze medal in the team event and was pegged to make the 2018 team. Even before the Olympic qualifier, Wagner had a huge number of endorsement opportunities, and appeared in advertisements for Bridgestone, Dick’s Sporting Goods, Nike, Procter & Gamble, Samsung, Toyota, and Zico coconut water. Yet Wagner didn’t make the Olympic team this year (she’s an alternate). There were plenty of other skaters vying for a spot on the 2018 Olympic team, but we’re seeing Wagner’s face everywhere. That’s not coincidental; she’s a white, blonde, and attractive woman. Phil Pacsi, Vice President of Bridgestone America’s Sports and Event Marketing and Training, told Sports Business Daily that Wagner “is still and will always be an Olympian who has been on the Olympic podium.” If that were the case, Mirai Nagasu, who did make the Olympic team, should’ve had the same level of pre-Games attention. 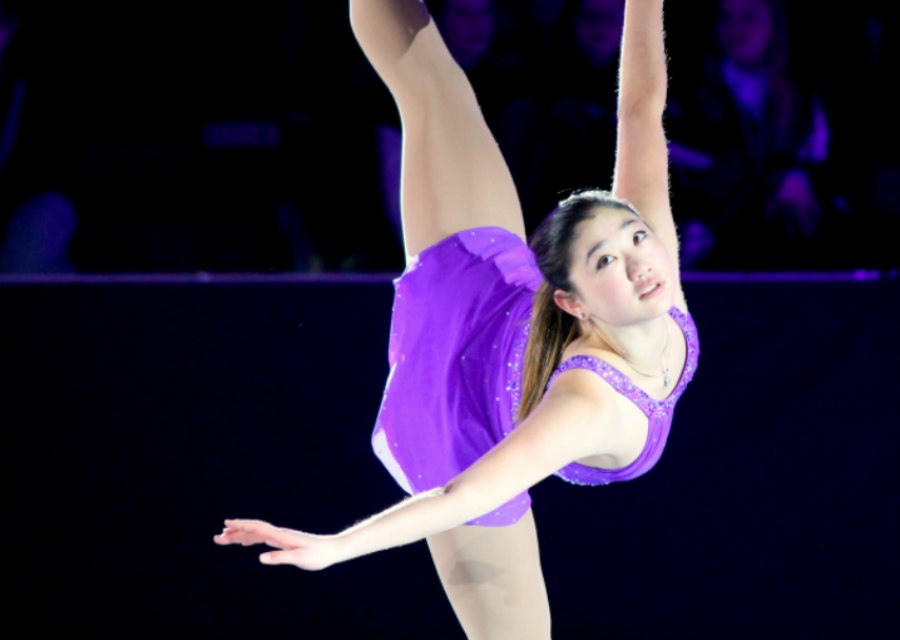 While she failed to make the team in 2014 (thanks to a controversial decision), Nagasu was on the 2010 U.S. Olympic team in Vancouver. Coming into PyeongChang, Nagasu was aiming to secure a spot thanks to her triple axel. She then became the first U.S. woman in Olympic history to land the jump during the team competition. Unlike Karen Chen and Bradie Tennell, the other two members of the women’s figure-skating team, Nagasu was pretty well-known. It also can’t be ignored that she is Asian American; when The Washington Post ran the story announcing the members of the 2018 Olympic figure skating team, they not only spelled Nagasu’s name wrong, but they called Wagner “All-American” when discussing her failure to make it (both were quickly edited). The headline also didn’t name either of the Asian American skaters who made the team, announcing, “Meet Bradie Tennell and the rest of the U.S. women’s figure skating Olympic team.”

Other Asian American athletes have received endorsement deals, most notably figure skater Nathan Chen (Kellogg’s, Nike, United Airlines, Coca-Cola) and snowboard phenom Chloe Kim (Nike, Burton, Toyota, Visa, Samsung, Monster Energy). Bobsledder Kehri Jones, a Black woman, has a deal with Proctor & Gamble that makes her the face of Secret Deodorant in a campaign highlighting her strength. In some ways, the tide seems to be turning and more diverse athletes are being sought out to rep brand: After coming out as gay, for example, Olympic freestyle skier Gus Kenworthy received high-profile endorsements from Proctor & Gamble, VISA, Toyota, and Ralph Lauren.

It’s likely that Adam Rippon, another out member of Team USA, may get endorsement after the Games, as he’s become a fan favorite (though one wonders if brands and the American public would be as taken with openly gay athletes of color as they are with these two cis white men.) As OutSports notes, “one reason we were told that pro gay athletes did not come out was that they would lose sponsors,” but that’s changing. “I think I’m more marketable now as an out athlete,” Kenworthy told Sports Business Journal last fall. “Every brand is looking for diversity, and it’s an important thing for brands to have diversity, more so than it’s ever been.”

On the other hand, it’s likely that we’ll continue to see mostly white faces in endorsement deals because the U.S. Olympic teams are still overwhelmingly white. Team USA sent 243 athletes to PyeongChang this year; of them, just 10 were African American and 10 were Asian American—4 percent each. At the 2016 Summer Olympics in Rio, 23 percent of the 550 American athletes were Black. It’s good that there are a lot of athletes being rewarded with sponsorship money who may have been historically overlooked. At the same time, we still have a long way to go when it comes to ensuring that endorsements prioritize an athlete’s performance over their looks, and move away from promoting an idealized standard of beauty.