The Imperfect WomanAntiheroines Take Center Stage In “The Female Persuasion” 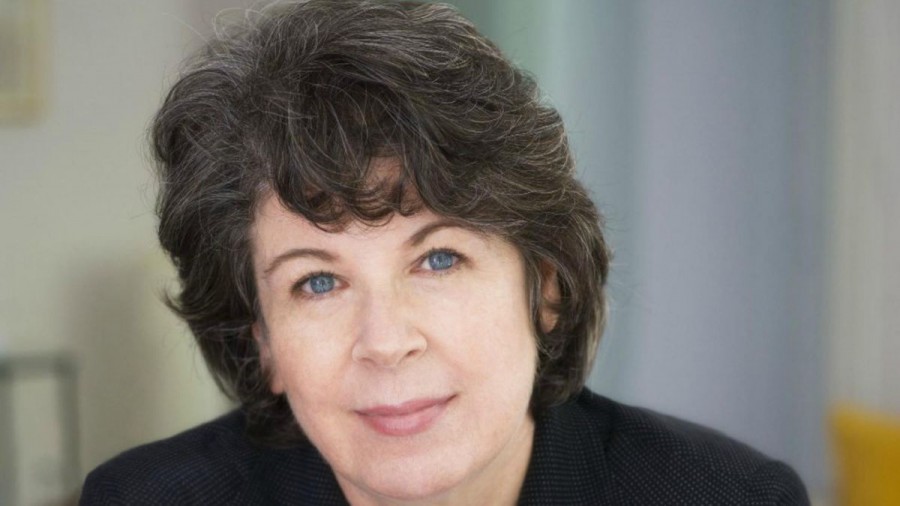 As Meg Wolitzer’s The Female Persuasion opens, her protagonist, Greer Kadetsky, is begrudgingly navigating her first semester at Ryland College, an unremarkable school in New England. Greer is temperamentally timid, but she’s an ambitious student and would have been Yale-bound had her stoner parents not botched her financial-aid forms. But she’s determined to make the best of it and to distinguish herself intellectually, particularly in her literature courses. Upon reading William Makepeace Thackeray’s Vanity Fair for an English course, she finds herself enthralled by the novel’s protagonist, the shrewd, scrappy Becky Sharp. Becky, Greer determines, is “awful in her naked ambition,” but is nonetheless a welcome departure from the scores of people who, in her estimation, equivocate and puzzle over their aims. “They didn’t know what they wanted,” Greer concludes; however, “Becky Sharp knew.”

The paper Greer writes about Becky facilitates one understanding of the character: she is an anti-heroine, that is to say, a central character lacking the traits we typically associate with this literary type. She’s selfish and cynical and suspicious, not to mention duplicitous, romantically and otherwise. These various character failings result in the paramount, and most notorious female sin: unlikeability. Greer, who is dazzled by her newly ignited investment in the feminist movement, remarks to her antiquated male professor, “Likability has become an issue for women lately.” In any case, now that Greer is paying closer attention, it has become an issue for her.

Greer’s observation, and her encounter with one of literature’s most notorious anti-heroines, registers as an intentionally meta moment that casts a broad band of light on Wolitzer’s oeuvre—particularly on her penchant for writing vexatious female protagonists who do not always court their readers’ goodwill.

Think, for instance, of Jules Jacobson from Wolitzer’s 2013 tour de force, The Interestings. She’s jealous and insecure and, at base, less talented and kind than Greer. She resents the success of her bosom buddy, Ash, who grew up wealthy and pretty in Manhattan, her every aspiration coddled and championed. “Readers get mad with writers if the characters aren’t really virtuous, so I took out the scene where [Jules] beat back the wild boars to save her child,” Wolitzer quipped in an August 2013 interview with The Guardian. “The character is not standing in for women everywhere. I had to write that on my forehead and look in the mirror. I had to let myself be free to be really irritated.”

And yet, Wolitzer also illuminates the knotted predicament particular to women writers in the present literary market. She resists the impossible burden of writing an everywoman—of confounding the expectation of ubiquitous relatability—while confronting the circumspection of fiction written by women as essentially niche. Readers have long been content to tout books with complex male characters—Jay Gatsby, David Copperfield, Holden Caulfield—as illuminating studies in humanity. Greer, Jules, Faith Frank—these women—because they are women, and because they are, to borrow that facile verdict, “difficult”—risk the same fate as their predecessors: Becky Sharp, Lucy Snowe of Charlotte Brontë’s Villette, and even Elizabeth Bennett, the famous—and more conventionally pleasant—heroine from Jane Austen’s Pride and Prejudice.

They are, so we are told, characters for women in books presumed to be written with a predominantly female readership in mind. The world has been made for men, not women—and certainly not women of color—and so stories that foreground the latter are shunted to bottom shelves and proffered as unique experiences relevant—and, crucially, interesting—to specific subsects of feminine persons. The Female Persuasion, like The Interestings, combats gendered assumptions with tangible immediacy. Its cover employs the same expansive color palate, this time organized in triangular multi-chromatic bands, its sharpness an implicit rebuke to associations of pliability and softness hewn to the term “Female,” which, together with the rest of the title and Wolitzer’s name, marches across the cover in geometric white typeface.

The Female Persuasion, like The Interestings, combats gendered assumptions with tangible immediacy.

As for Wolitzer’s style, it hums with dialogue uncannily familiar, as if the words had sprung from your tongue or a conversation overheard in a claustrophobic bar. Her narration runs warm down the throat—assertive in its empathy, fleshiness, and discernments both of absurdity and the wild tumult of existing. And Greer, our primary steward—though the omniscience travels freely between the principle characters—fumbles through the world, with puppyish bright eyes and high-minded ideals, discovering which ones can hold fast on sandy terrain, and which will crumple just a bit, or all at once.

Wolitzer’s depiction of Greer as contemplating the tricky, anti-heroic Becky Sharp, she foreshadows one of The Female Persuasion’s central concerns: the tense, simultaneous promise and danger in feminist heroines. Most of us, in our efforts to cultivate a personal politics, are galvanized by those whose activism and thinking seem foundational to our own pursuits; their work gives us permission to do our own. These are romantic discoveries: a professor whose course rearranges your brain to illuminate a once-obscured passion; or an activist whose words and labor irrevocably shift the way you move through the world.

Greer finds her hero and compass in Faith Frank, a prominent second-wave feminist who is purportedly “a couple of steps down from Gloria Steinem in fame.” Three and a half years after hearing Faith speak in Ryland’s campus chapel, Greer lands an entry-level position at Loci, a foundation helmed by Faith that organizes colloquia and special projects for the betterment of marginalized women. Greer accepts the job because Faith offers it to her—because Greer, flush with the prospect of Faith’s mentorship, is keen to become indispensable to this woman to whom she credits her great awakening. But Faith’s feminism, in many ways rooted in a 1980s sensibility, is by no means universally appealing. Faith knows this, and so does Greer, though she is unwavering in her loyalty. “I do what I can,” Faith tells Greer during her interview. “I do it for women. Not everyone agrees with the way I do it. Women in powerful positions are never safe from criticism. The kind of feminism I’ve practiced is one way to go about it. There are plenty of others, and that’s great.”

With refined, atmospheric precision, The Female Persuasion gives body to these observations, rendering both Loci and Faith herself focal points for consideration and intersectional critique. Gender-based activism is and has always been dizzying in its range and, at times, infuriating in its contradictions. 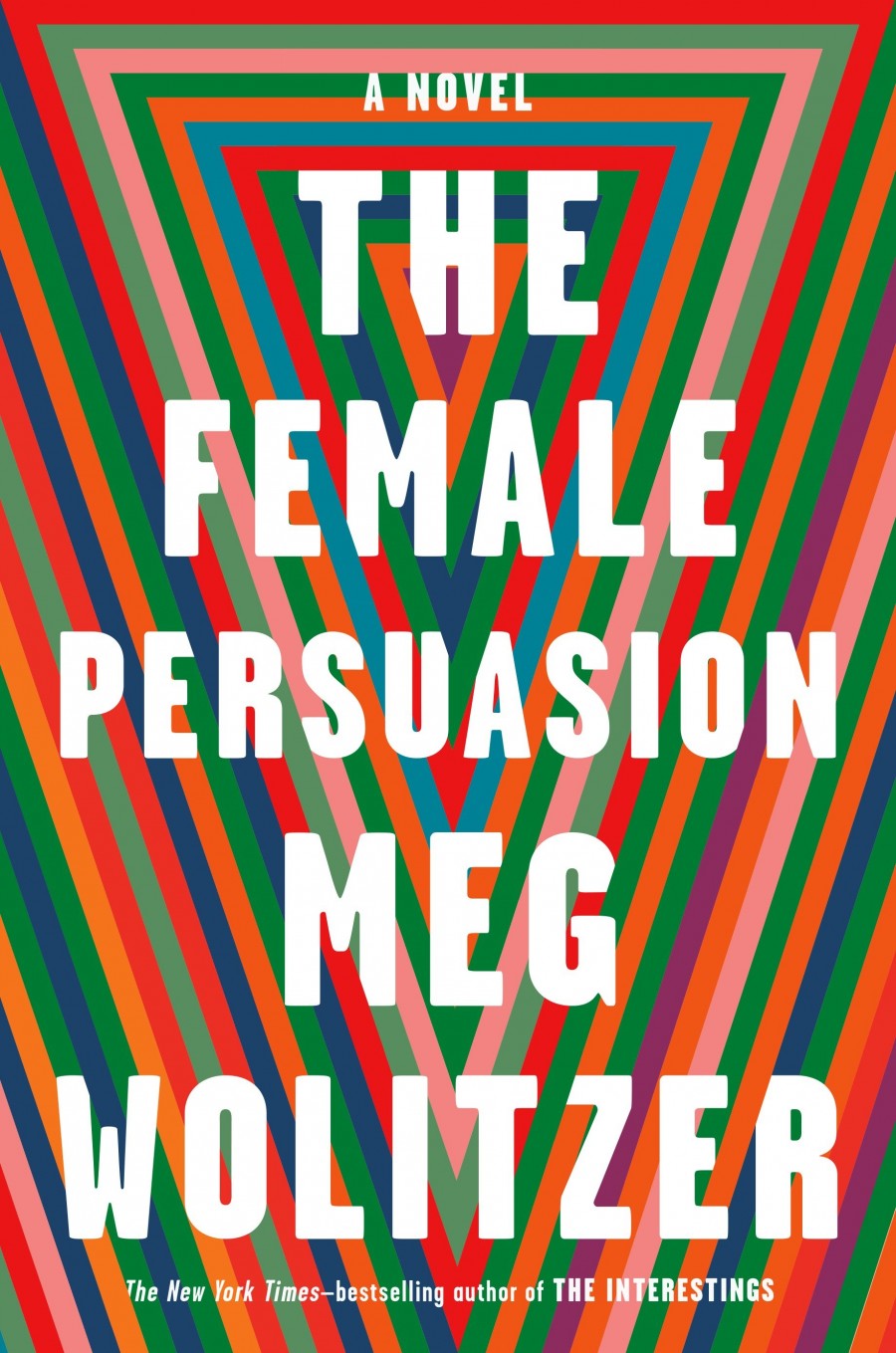 Multiple extant feminisms sometimes eye one another with suspicion: Faith is often taken to task by the blog Fem Fatale (a radical publication that registers as an amalgam of Jezebel and Bitch) for adhering to a corporate, white-centric feminism, and it’s not always evident that the former pays these younger writers much mind. In the best cases, different praxes recalibrate and reshape one another. Faith believes that  all feminisms are created equal, churning in peaceable coexistence; we know this isn’t so and, eventually, Greer learns that her mentor is willing to compromise in ways she cannot abide.

The Female Persuasion is both Wolitzer’s own title and that of Faith’s fictional bestseller by the same name. The fictional book’s contents are vague, and ultimately less important than its title  suggests. Wolitzer’s, however, poses questions: How are we persuaded to ally ourselves with a cause? What sort of calculus do we engage to reassure ourselves that we have done right? Greer can’t fully parse Faith’s motivations; what she knows of her mentor  comprises a vague sketch, and she colors the rest with her ideals and projections of some near-flawless iteration of womanhood. And Greer’s own self-perceptions are off-kilter: She describes herself as meek and unassuming, but her actions belie a selective audacity.

She brings a frying pan to her interview with Faith, a tribute to a superficial joke the latter made over email (years later, as Faith sifts through boxes of gifts, she will wonder who gave her this pan, and why).

When Greer’s best friend, Zee, asks her to give Faith a letter and vouch for her as a job candidate, she decides that she’d prefer not to share this experience, and later tells Zee there are no available positions—a bald-faced lie. These are—dare we say it?—two anti-heroic decisions of which Becky Sharp would approve.

This is not to say that Greer is a “bad” person; we know such an assessment is facile. And yet, if we’re incapable of being the heroines of our own narratives, perhaps we ought to stop seeking them out altogether. On the other hand, Wolitzer suggests that seeking, embracing, and then, finally, achingly, divesting ourselves of them might simply be a necessary—and necessarily painful—process: “the big, long story of women pouring what they had into one another. A reflex, maybe, or sometimes an obligation; but always a necessity.” Expecting too much from our heroines sometimes feels like a function of hope. But then, we can hold one another, and ourselves, to ethical standards without overdetermining what it means to be a mentor or a feminist or even a solitary person in the world, alive and searching.

Regardless, we must prepare ourselves for disappointment: for the wellsprings of our mentors to run dry, or for them to say, “No more, I must save something for myself,” or for them to run aground, to fuck up. The Faith Franks among us eventually fold under the bulk of our unbidden desires and dreams. One might argue that, in the wake of the calamitous 2016 presidential election, we witnessed a similar phenomenon with Hillary Clinton. But as we dwell in these loams of discontent, we determine where next to trudge, what we’ll carry with us, cherished and committed to memory—and what relics we’ll discard. Disappointment can instigate new pursuits of meaning, so long as we know that those who let us down are often the ones who ignited us in the first place.

“Now More Than Ever, We Need to Keep Up the Battle"