The Lasting Impact of the “Fleabag” Jumpsuit | Bitch Media

The Lasting Impact of the “Fleabag” Jumpsuit 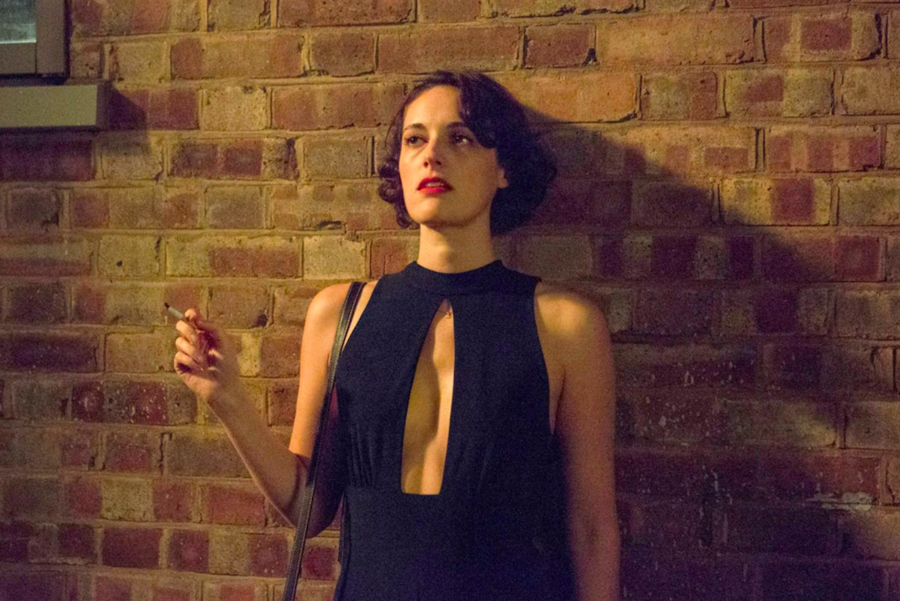 In the first episode of the second season of Fleabag, Phoebe Waller-Bridge is staring into a mirror and cleaning up a bloody nose when she turns to the camera to say: “This is a love story.” In her one-woman show turned Emmy-nominated Amazon Prime/BBC Three hit series, Waller-Bridge delivers this line before the episode hits a flashback of the evening’s tumultuous events with her father (Bill Paterson), her godmother-turned-father’s fiancée (Olivia Coleman), her sister, Claire (Sian Clifford), Claire’s husband, Martin (Brett Gelman), and her father and godmother’s priest (Andrew Scott). Fleabag only has two seasons, a conscious choice by Waller-Bridge, but it has become a cultural phenomenon in large part due to the chemistry in Waller-Bridge and Scott’s performances as Fleabag and The Hot Priest (whose given name, like Fleabag’s, we never learn).

The show pairs emotions ranging from joy, fear, guilt, grief, regret, lust, infatuation, and existential crisis with dark comedy, offering the viewer the sense of wearing a weighted blanket and divulging your darkness to your therapist at the same time: catharsis, but also utter chaos. And it does so all in 12 22-minute episodes, with much of its cultural impact coming down to a single item of clothing—a jumpsuit. Fleabag’s first season was popular among TV junkies and admirers of messy women characters. Season 2, however, quickly achieved icon status on social media, spawning premature eulogies and numerous meditations on The Hot Priest. It also gave us the Fleabag jumpsuit. Created by the U.K.-based clothing label Love, the jumpsuit—black, with a high neckline, open back, and plunging cutout front—is the only garment Fleabag wears in the second-season opener.

Some of her biggest, most central moments take place in this outfit: She meets The Hot Priest; she sees Claire for the first time in a year (Claire’s alcoholic husband, Martin, tried to kiss Fleabag in the previous season); she reluctantly celebrates her father’s engagement to her godmother, four years after her mother’s death from breast cancer; and finally, she gets into a fistfight with Martin. The fact that she looks flawless in the jumpsuit even in these extremely fucked-up circumstances led to a sort of frenzy among viewers to find either that jumpsuit or a similar one for their own messy life moments. Fleabag’s fourth wall–breaking aside that “this is a love story” could have just as easily described social media’s reaction to the jumpsuit.

The jumpsuit’s accessibility was key to its rise. Articles, tweets, and Instagram posts quickly began spreading the news that it was available to own, making it possible for everyone to have their own Fleabag moment. Like a 2019 version of the titular jeans in Sisterhood of the Traveling Pants, the jumpsuit somehow looked great on everyone. It seemed to promise that even when life hands you lemons (or a bloody nose in a bathroom), its power, sexuality, and femininity could help you overcome any situation. For me, it also became the thing that underscored that I was no longer part of the “sisterhood” I had been assigned to for so long after coming out as nonbinary last year.

At the height of Fleabag-jumpsuit hype, while people Instagrammed jumpsuit selfies and posted “Should I buy the Fleabag jumpsuit?” polls on Twitter, I innocently tweeted, “I know the whole point of the Fleabag jumpsuit is the cut out and I love it on everyone but is there a Fleabag jumpsuit that doesn’t have it for those of us who would like a little bit more masculine profile?” I figured if there were any place to crowdsource ideas for jumpsuit alternatives, it would be Twitter Dot Com. I was wrong. I was met with jokes like, “Wear it with a bow tie,” or told I should pin it so my chest wouldn’t fall out (which wasn’t the point of my tweet, but good advice for others). I asked the question because I have a weird relationship with my chest at the moment and I don’t want it on display when I feel uncomfortable, and I never did receive the answer I was looking for.

I finally shrugged to a friend, “I guess I just sit back and watch everyone else have fun in the Fleabag jumpsuit.” Ever since I came out as a nonbinary femme—meaning I don’t identify as a woman (and, frankly, don’t feel like one most days) but have a somewhat feminine presentation—I try to correct people who address me as “a lady” or encourage me to join their “women’s group” with a casual response of, “Well, I’m nonbinary, but okay.” If the other person reacts with a deer-in-headlights look (and they often do), I generally don’t offer a dissertation on my gender, but instead respond with an uncomfortable chuckle and try to smooth back my hair—a shaggy pixie cut that’s as short as I can get away with for my work as an actor.

While my pronouns are she/her and they/them, I keep the “she” out of convenience: Sometimes I do feel more feminine than androgynous, but it’s more that I’m exhausted by having to constantly explain my existence; and I accept I’m that I’m going to get called “she” more often than “they.” However, once I started dressing how I felt rather than how I thought I needed to be perceived, it seemed more folks got the message. I was femme, not female. I was a tomboy. I was living somewhere in the middle of the gender spectrum. I found clothes and looks that felt like Kylie, not some form of Dress up Kylie. Until the Fleabag jumpsuit.

One of my favorite wardrobe staples is jumpsuits and rompers. While finding rompers for a 5’8” person with long legs and a short-ish torso can be an issue, jumpsuits fit me like a glove, and they’re incredibly versatile. Jumpsuits can be as dressy or as casual as you want. They can be femme, they can be androgynous, and, in my experience, they’re the perfect piece of clothing for any gender. And with the Fleabag jumpsuit, it doesn’t look like Waller-Bridge is wearing that jumpsuit; it looks like that jumpsuit is wearing Waller-Bridge. It’s rare that a single garment can bridge the gap between hyperfemininity and powerful-yet-relaxed masculine energy, but every person I’ve seen wear the jumpsuit—at weddings, at parties, at drinks meetings—has sparkled with that magic, and I wanted some of it for myself.

I felt like I was on the outside looking in, and it was deflating. Being nonbinary is freeing but I needed to interrogate why this iconic a piece of clothing that I adored also made me feel like a kid eating lunch by themselves in middle school. The iconography of clothing in film and television has transcended time and gender over the years. The pop culture I grew up with included indelible looks like Cher (Alicia Silverstone) and Dionne’s (Stacey Dash) matching blazer-and-skirt sets in Clueless, Hilary Banks’s (Karyn Parsons) coordinated blazers and hats in Fresh Prince of Bel-Air, and Mean Girls’ “On Wednesdays we wear pink” mantra. Empire Records had Deb’s (Robin Tunney) shaved head and moto-rebel outfit; The Craft had a hand in popularizing the teen witch aesthetic. Plus, who can forget forever icon Lisa Bonet as Denise on The Cosby Show in her relaxed button-ups?

Fashion in film and television has solid, albeit extremely gendered, place in pop culture. We joke that the “Guy in Your MFA,” as created by Dana Schwartz on Twitter, looks purposefully unkempt—glasses, messy hair, three-day shadow, sneakers and blazer—but for women and femmes in film and TV, the presentation and iconic imagery historically tends toward the hyper-feminine. In a world where Gen Z is beginning to embrace the fluidity of gender and ignoring gendered fashion rules and roles, the Fleabag jumpsuit, while embracing both masculine and feminine energies, still has some gendered implications, especially for those who live beyond the binary. However, with the speed at which social media creates viral trends, it’s only a matter of time until the next onscreen fashion trend has the power to break the binary and can truly be enjoyed by fans of all genders.

Read this Next: What the Styling of Good Janet on “The Good Place” Shows about Sexist Character Design 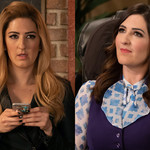