30 Years Ago, “The Golden Girls” Treated Sick Women like We Matter | Bitch Media

30 Years Ago, “The Golden Girls” Treated Sick Women like We Matter 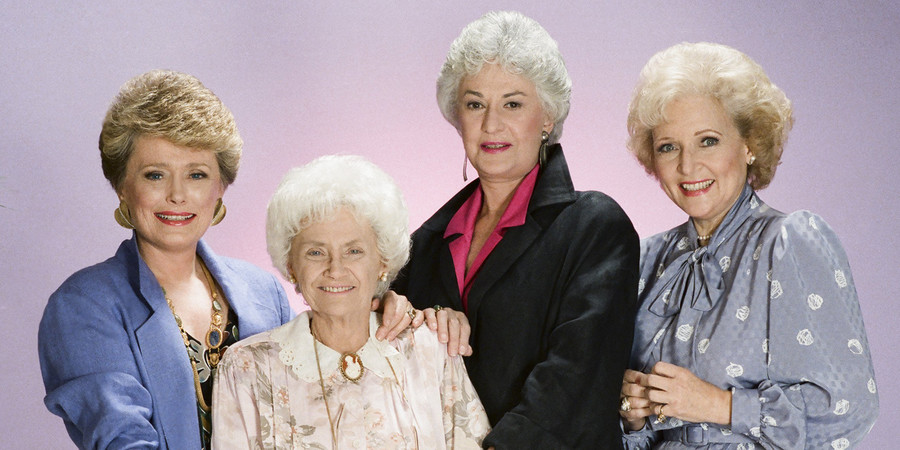 In a world where women’s health concerns are too often underdiagnosed and overlooked, with sometimes fatal consequences, September 23 marks a television milestone: the 30th anniversary of a small-screen portrayal of chronic illness that was as moving as it was revolutionary. On this day in 1989, NBC aired the first of a two-part episode of The Golden Girls titled “Sick and Tired,” in which Dorothy Zbornak (Bea Arthur) becomes so incapacitated by exhaustion, lack of stamina, and mental confusion that she has to give up her job as a substitute teacher. Dorothy spends much of the two episodes going from one (male) doctor to another in search of an answer. Rather than getting a diagnosis, however, she encounters only skepticism.

When she explains to one doctor that she feels so worn out she can barely speak, he suggests that she’s just lonely and asks, “How’s your social life? Do you see men?” Another advises her to go on a cruise or bleach her hair. Dorothy eventually finds a neurologist who takes her symptoms seriously, and he soon diagnoses her with chronic fatigue syndrome, now known as myalgic encephalomyelitis/chronic fatigue syndrome (ME/CFS). ME/CFS is a disabling illness that causes concentration difficulties, muscle pain, and exhaustion, and affects up to 2.5 million people in the United States and 17 million people worldwide—most of them women. “Sick and Tired” was topical: It aired a year after researchers published the first working case definition for what was then known as chronic fatigue syndrome.

In 1990, Newsweek covered the “strange affliction… generally known as chronic fatigue syndrome,” and deemed it “a major public-health concern.” Mainstream acknowledgment of the condition was a mixed blessing: Though the Newsweek article validated the experiences of afflicted people, it also helped popularize the term “yuppie flu,” which it called “a fashionable form of hypochondria.” “Yuppie flu” became a dismissive synonym for the illness that persisted for decades, driven by the mistaken belief that everyone who has ME/CFS is upper-middle class. But it’s unlikely that “Sick and Tired” would have been so insightful—or existed at all—had it not been based on the actual experience of Golden Girls creator Susan Harris, who was initially diagnosed with ME/CFS before further testing revealed she had an adrenal ailment. (Harris later called the episode her “revenge script for all the people out there who had a disease like that.”)

The two episodes drew 34.8 million viewers, a massive 42 percent audience share. “We tackled serious subjects that needed to be dealt with on a national level, and this was a safe way for people to see, hear, and absorb them,” Harris told Vulture in 2017. “The fact that the episode inspired so many people to go to the doctor was incredible.” For the most part, The Golden Girls brilliantly encapsulates life with ME/CFS, which I’ve had for 20 years. I haven’t been forced to stop full-time work—but only because I never started. I have dropped out of college (twice) and been told by doctors that I should start taking birth-control pills and begin jogging. I didn’t travel to New York to seek a diagnosis, as Dorothy did, but I did schlep from the United Kingdom to Florida, draining my and my parents’ bank accounts in search of an effective treatment.

I wasn’t as lucky as Dorothy—it took me four years to get diagnosed—but I found few scenes more relatable than when she celebrated finally knowing what was wrong with her. “My daughter found out she has a debilitating disease!” crowed her mother Sophia (Estelle Getty) as she raised a glass of champagne. As Harris intended, “Sick and Tired” functioned as wish fulfillment. Post-diagnosis, Dorothy runs into Dr. Budd (Michael McGuire), the especially condescending neurologist who had told her she wasn’t ill, just aging, and decides to confront him. “I came to you sick—sick and scared—and you dismissed me… Is that your caring profession? Is that healing? No one deserves that kind of treatment… I suspect had I been a man, I might have been taken a bit more seriously, and not told to go to a hairdresser,” she says in her trademark withering tone. Rather than storming off or stonewalling her, Budd seems genuinely sorry. It’s the ultimate sick-woman fantasy.

Three decades later, “Sick and Tired” remains a cultural touchstone for people with chronic illnesses because—despite the fact that “tired” doesn’t come close to capturing the bone-deep exhaustion sufferers feel—it’s one of the most sympathetic and informative onscreen portrayals of ME/CFS, as well as a memorable reference point. (When I told a friend about my diagnosis, she asked: “Like on Golden Girls?”) That’s not to say the episode is perfect: It has some lighthearted moments, mostly involving Blanche’s (Rue McClanahan) attempt to write a racy romance novel, but it’s hardly uproarious. Dr. Chang (Keone Young), the doctor who diagnoses Dorothy, painstakingly explains the symptoms in a style that’s more characteristic of a PSA than of the sitcom’s snappy dialogue. And though he confirms the illness is real, he downplays its severity, assuring Dorothy that some patients recover within a few months—indeed, she’s back to normal by the next episode—whereas long-term incapacity is more likely.

While Chang chuckles at Sophia’s fear that the illness could kill Dorothy, ME/CFS has since been identified as the cause of death for two British women. It’s also been linked to an increased risk of suicide, which makes Dorothy’s fear that she might be “crazy” an especially unfortunate inclusion, an example of the kind of stigmatizing language that perpetuates a false binary between mental and physical illnesses. Worse, it implies that Dorothy’s clean bill of mental health from not one but two psychiatrists makes her more deserving of medical treatment. And while it’s sweet that she has the full support of her family and friends, I don’t know anyone with the illness whose loved ones accepted its veracity without question.

In spite of its flaws, however, “Sick and Tired” will always be special: Not only was it ahead of its time in taking ME/CFS seriously, but it remains one of the few truthful representations of chronic illness to appear on television. Sadly, pop culture representations of ME/CFS are still rare and, where they do appear, typically reinforce negative stereotypes about the condition. The 2004 pilot episode of House, for instance, included a subplot where the titular doctor (Hugh Laurie) proved that a patient who claimed to have ME/CFS was really a hypochondriac who could be cured with a placebo. A 2016 episode of ABC sitcom The Middle showed kindhearted college student Sue Heck (Eden Sher) swapping her coveted central-campus room assignment with Amber, a student with ME/CFS.

Three decades later, “Sick and Tired” remains a cultural touchstone for people with chronic illnesses because it’s one of the most sympathetic and informative onscreen portrayals of ME/CFS.

When Sue later spots Amber playing Frisbee, she becomes angry because she thinks she’s been lied to. It’s later revealed that Amber really does have ME/CFS—but she also has a twin sister. This particular storyline aimed to have it both ways, upending the popular fiction that sufferers are faking while also perpetuating the idea that it’s logical to be suspicious of anyone claiming they’re too fatigued to function. Netflix’s 2018 docuseries Afflicted took that idea to distressing extremes: It followed people with ME/CFS and other so-called invisible illnesses, framing them as misguided or delusional. (“You can believe you’re sick when in fact you’re not sick,” commented the show’s resident psychiatrist, despite not meeting any of the participants.) But if TV hasn’t evolved its view of ME/CFS since 1989, it would be nice to believe that science and society have.

There are some signs of progress: In 2002, the British government’s response to a report into the condition by its CFS/ME Working Group confirmed in official terms for the first time that “there should be no doubt this is a chronic illness and that health and social care professionals should recognise it as such.” In 2006, the Centers for Disease Control and Prevention held a press briefing to confirm that there was “credible evidence of a biological basis for chronic fatigue syndrome.” More recently, researchers have identified biological markers for ME/CFS and are developing a blood test. And in 2018, the National Institutes of Health committed to doubling its annual research spending for ME/CFS, adding up to approximately $36 million over five years. (It’s worth noting, however, that this figure is low compared to spending on other conditions. Multiple Sclerosis, for example, affects half the number of people but receives 13 times the funding.)

The press hasn’t entirely moved on, either. There are certainly far more sympathetic articles about ME/CFS now than there were three decades ago, but as recently as 2017, U.K. newspaper The Express ran an article titled “Is Chronic Fatigue Syndrome real?” which used “yuppie flu” as a synonym. And this July, op-eds in both The Observer in the United Kingdom and Psychology Today blamed sufferers’ bad attitudes and “social-media activism” (i.e. questioning the methodology and results of a since-debunked study that recommended exercise and therapy as treatments) for the paucity of research. We still have a long way to go before we reach the future that Susan Harris hoped for.

In the next 30 years, it would be great to see an updated version of “Sick and Tired” or even an entire series that prominently features either this disease or another chronic illness. Figures suggest that six out of 10 people in the United States has a long-term health condition, but opportunities to accurately portray them are limited. (The Writers’ Guild of America has never logged disabled performers or creators in its diversity count—a sign that they aren’t a significant minority.) Until then, we’ll always have The Golden Girls. In an era when no one else with a platform was interested, the show gave a voice to people with ME/CFS, highlighted the contemptuous way health issues that primarily affect women are frequently treated, and provided sufferers with 50 minutes of television that made them feel a little less alone.

Read this Next: False Choices

by Caroline Reilly
What if we could tap into our desires in small ways every day?