White HollywoodThe Golden Globes Snub “Get Out” and “Mudbound” 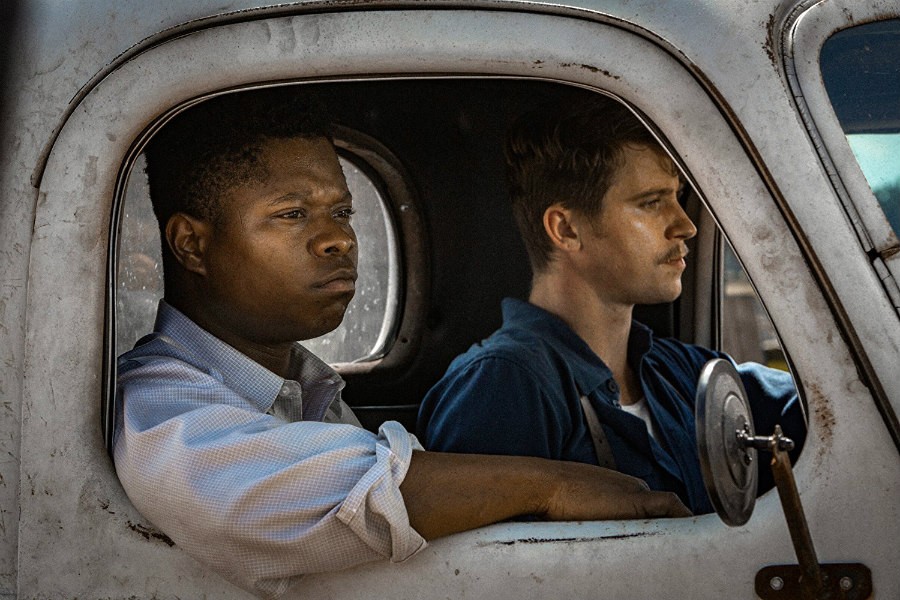 From left to right Jason Mitchell and Garrett Hedlund and in Mudbound (Photo credit: Steve Dietl)

Martin McDonagh’s Three Billboards Outside Ebbing, Missouri received six Golden Globe nominations this week, tying with Steven Spielberg’s The Post as the Hollywood Foreign Press Association’s second most-recognized film of the year. Only Guillermo Del Toro’s The Shape of Water will have more chances to win big at January’s awards. McDonagh’s film, which tells the story of Mildred (Frances McDormand), a frustrated white woman who’s challenging local authorities to solve the brutal rape and murder of her daughter, is nominated in all of the most prestigious categories, including Best Picture, Best Director, and Best Screenplay.

Though the Golden Globes don’t have as much cultural influence as the Oscars, it’s still one of the most-watched awards ceremonies, so it’s no small feat for Three Billboards, with its dark comedic sensibility and modest box office potential, to receive this level of recognition. It might be especially significant for McDonagh, a white man who was best known for writing and directing In Bruges, but is now poised to have wider recognition and respect. As is the case at every Golden Globes, the success of Three Billboards comes at the expense of some notable snubs. And in the wake of April Reign’s #OscarsSoWhite campaign and Tarana Burke’s #MeToo movement, the exclusion of certain women and people of color, including Mudbound director Dee Rees and Get Out director Jordan Peele, feels especially significant.

The fact that these Black filmmakers weren’t recognized for their directing and writing is not exactly surprising, considering Hollywood’s long history of such exclusion and oppression. Yet it is still worth exploring what it says that Three Billboards jumped over Get Out and Mudbound—films that explicitly attempt to critique white supremacy. 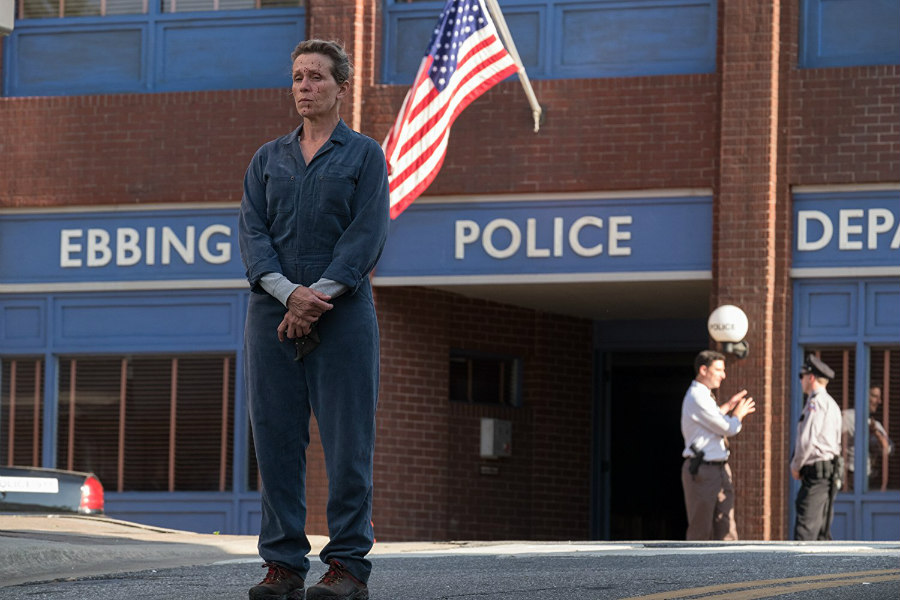 Three Billboards Outside Ebbing, Missouri doesn’t just star white people, but features, to put it mildly, troubling commentary on race relations in America. While the film certainly points to the reality of brutality and anti-Black racism in Ebbing’s dysfunctional police department, it does so largely to add color to its setting, or to flesh out its “complicated” leading characters—sometimes simply for comedic effect (the film uses homophobia and ableism in much the same way.) It’s nearly impossible, in 2017, to watch Three Billboards without being reminded of  the killing of Michael Brown at the hands of a white police officer in Ferguson, Missouri. But by itself, the film has little to actually say about race. Three Billboards’ two leading characters, mourning mother Mildred and bumbling police officer Dixon (Sam Rockwell), are white people who might say the n-word on occasion, and the most significant Black character is police chief Abercrombie (Clarke Peters), who at one point explains to Mildred that the cops are not all that bad.

Yes, Three Billboards has resonated with audiences because of McDormand’s distinct portrait of a white woman angered by the abuses of men, but as reporter Alison Willmore wrote at BuzzFeed, its “failures of intersectionality do as much to make it a fitting capper for this year as its incendiary female ire.” Perhaps most disturbing is how Dixon and his mother, who is as openly racist as he is, are ultimately portrayed sympathetically in the Golden Globe–nominated screenplay. They are, like those mythic “lost” voters who are still lovingly profiled by certain media outlets, just working-class white people searching for footing in a world quickly leaving them behind. In more ways than one, the film works as an apologia for whiteness, and is thus a 180-degree turn away from the themes of Peele’s work.

As has been widely discussed, Get Out is intricately designed to grapple with both the history and the everyday horror of white supremacy in the United States. It ends with a brief scene that, unlike McDonagh’s film, offers a significant critique of the state of policing in America. It’s not that Peele’s film is without flaws; it’s simply curious that Get Out, which was ranked number one in Sight & Sound’s prestigious international poll of critics, wouldn’t be a consensus Golden Globe nominee for its directing and screenwriting while McDonagh’s white-centered work was able to sneak in. 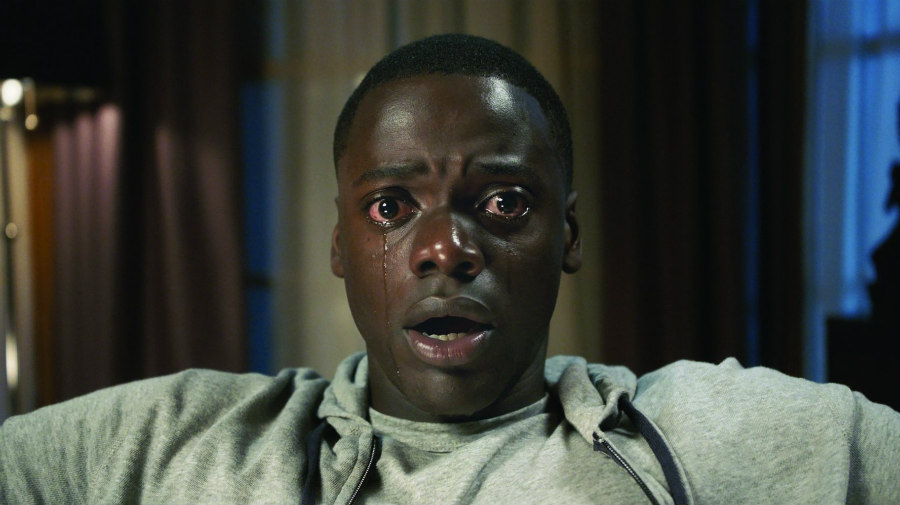 Daniel Kaluuya as Chris Washington in Get Out (Photo credit: Universal Pictures)

Daniel Kaluuya as Chris Washington in Get Out (Photo credit: Universal Pictures)

The snub becomes less curious when you consider that Three Billboards isn’t the only pro-white film that this year’s voters seem enamored with. Dunkirk, Christopher Nolan’s World War II epic, erases the contributions of Indians and other people of color who fought for the British—and lacks a larger critique of British imperialism—but that didn’t stop the HFPA from giving Nolan a directing nomination as well. Dunkirk fits into a long history of films that position white men fighting for the Allied forces in World War II as distinctly heroic and in complete opposition to the white supremacy of the Nazis (who, in Dunkirk, are an unseen force of evil). Ultimately, Dunkirk is rooted in a mythology that celebrates “the peculiar British love of the gallantly narrow squeak.”

If Nolan directed a World War II film that celebrates his whiteness, Mudbound’s Dee Rees created a World War II film that points at the absurdities of white supremacy’s hold on white people. Her film is ambitious and delves into the criss-crossing storylines of a Black and white family, living next door to each other in rural Mississippi, before and after the war—in which many Black men fought the Nazis on behalf of a country that did not treat them as fully human. Mudbound has its own missteps, but the film depicts the lives of two veterans in 1940’s Jim Crow South in fascinating detail, amplified by the ominous, resonant metaphor of mud—the unaddressed legacies of slavery that keep this country mired in ugliness. Mudbound or Get Out aren’t perfect films, but what’s obvious is that neither seeks to appease white people.

The same can’t be said about Dunkirk and Three Billboards. In fact, it’s not hard to argue that white people made these films in order to comfort other white people. And yet, so few of the initial reviews that undoubtedly launched them into the “award-worthy” conversation even acknowledge these strands in the films. For instance, Rolling Stone’s four-star write-up of Three Billboards places it “at the nexus of helplessness and fury where a lot of citizens of Trump’s America find themselves these days,” as if all those citizens are white. The New York Times’s effusive review of Dunkirk describes Nolan’s film as a powerful reminder “that the fight against fascism continues,” as if Trump’s fascism could ever be disentangled from the kind of white tunnel vision that the film perpetuates. 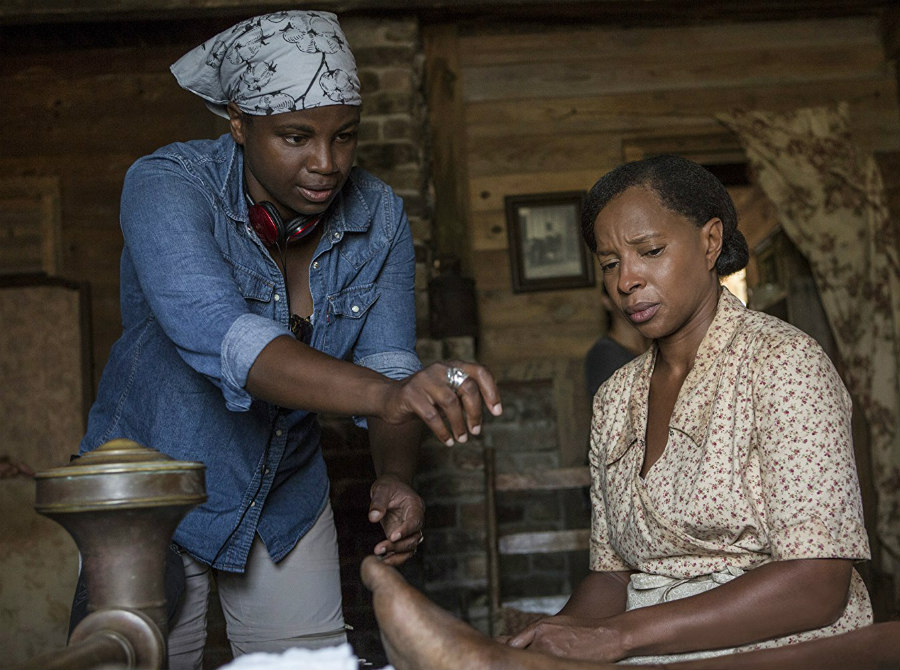 The fact that McDonagh has parachuted into a canon of “great” screenwriters despite his inability to handle race is not simply on the Golden Globes’ voters. As NPR journalist Gene Demby wrote on Twitter, “The 94 percent that Three Billboards Outside Ebbing, Missouri has on Rotten Tomatoes is a pretty damning indictment of the whiteness of the critical establishment.” And the fact that Nolan’s sober direction of a war movie with an ahistorical frame will likely go down in history as a prime example of how to direct is a reminder of the deep structural problems around which the entire film industry is built.

It’s possible to enjoy Dunkirk or Three Billboards in spite of these problems. A love for these films doesn’t signal a lack of respect for the work of Peele or Rees. But as this awards season marches on, regardless of how many Oscar nominations filmmakers of color may or may not receive, it’s worth asking why—in a year dominated by the misogyny of Donald Trump and his loyal base, the bravery of #MeToo, and the leadership of Black women—the critical and mainstream conversation in film around what constitutes “great” filmmaking is so hesitant to include intersectional analysis of gender and race. It’s worth wondering why white men who obscure or minimize white supremacy are still more likely to be recognized than Black artists who illuminate and deconstruct it. To be honest, it’s well past time for wondering. 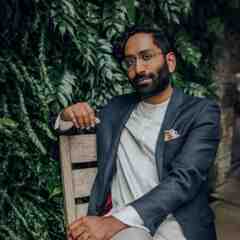 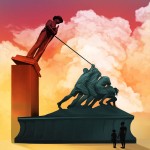