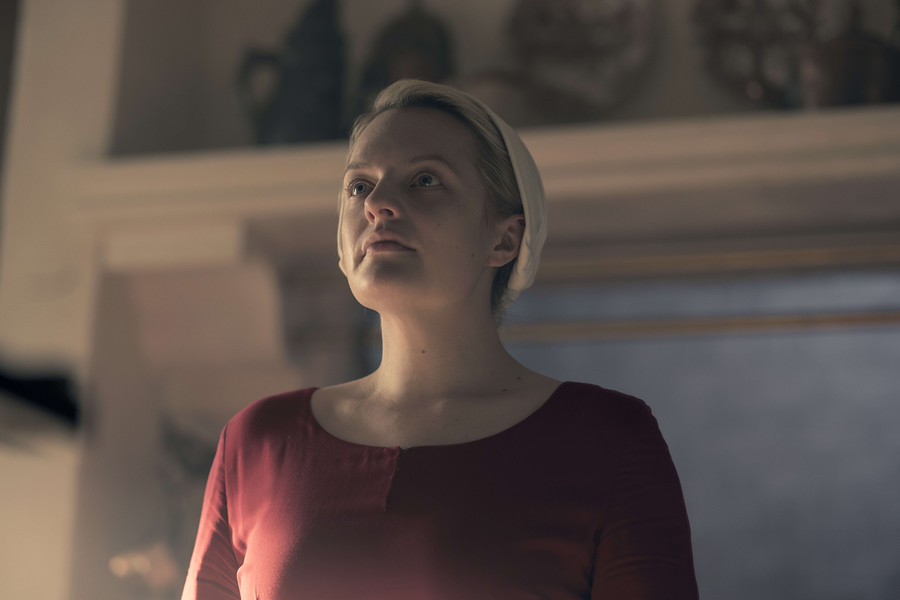 The trailer for Season 3 of The Handmaid’s Tale promises a revolution. A clock ticks as June (Elizabeth Moss) talks about resistance and escape; footage of Serena Joy (Yvonne Strzechowski) and Aunt Lydia (Ann Dowd) plays as we hear June talk about needing allies with power. The show’s first two seasons were an endless cycle of emotional torment, like running headfirst into a brick wall, backing up, and doing it again hoping this time the wall will capitulate to your efforts. But for the few short minutes of the trailer, it seems as though Hulu’s award-winning series might be turning a corner.

There have been glints of hope along the way: At the end of Season 2, Emily (Alexis Bledel) is on her way out of Gilead with June’s baby after a terrifying escape assisted by Commander Lawrence (Bradley Whitford) and the Marthas. And those continue in Season 3: We watch Emily make it all the way to Canada to deliver baby Holly to Luke (O-T Fagbenle), and we take a relieved breath when he, along with also-escaped Moira (Samira Wiley) care for the baby and take comfort in her presence as a connection to June.

These moments feel more powerful in the new season—more consequential, more suggestive of opportunity and hope. But The Handmaid’s Tale is a somewhat meta viewing experience: Like so many residents of Gilead, those of us watching are desperate for some good news. We want it for people like June, the other handmaids, and the Marthas, likely because we want to believe it is possible in our own political climate. But such moments of optimism rarely come to fruition. Every time we, and they, spy some light at the end of the tunnel, Gilead reminds us of its consequences, the impenetrable structure of its elite, and the efficacy of oppressive systems once in power.

In Season 3, we find ourselves again running into that brick wall. After all, The Handmaid’s Tale has always been a parable about the desperate choices made as part of life under an oppressive regime. But more than that, the new season is a cautionary tale about seeking allyship with our oppressors, a warning against looking for a mythical “middle ground” with those to seek to dehumanize us. Early episodes find a tattered Serena Joy struggling with the loss of baby Holly/Nichole, despite her own hand in the matter. (The Waterfords have decided to publicly gloss over the baby’s disappearing as a kidnapping.) She’s still reeling from the torture she endured last season for suggesting girls be taught to read, nursing the wound where her finger was lopped off. At one point she becomes so unhinged she retreats to her room and sets the bed she shares with Commander Waterford (Joseph Fiennes) ablaze. Their bedroom follows and soon the entire house is engulfed.

When the Waterfords learn that the baby is in Luke’s care in Canada, they ask June to help arrange a meeting so Serena can say goodbye, and June finds herself forging an alliance with Serena—or at least believing she can. Never one to fully appreciate the consequences of her naiveté and self-importance, June is quickly reminded of Serena Joy’s capacity for double-dealing—and her commitment to privilege that outweighs everything else. June is incensed and shocked when the Waterfords decide to launch a campaign for Canadian officials to return Holly/Nichole to their custody.

But should she be? After all, this is hardly the first time Serena has betrayed her, and certainly not the first time she has betrayed other women. Throughout Season 3, we’re asked, as June is, to put our trust in power players like Serena—who fought alongside her husband for the very system by which she now finds herself oppressed—and to hope that somewhere under their cruel politics lie reason and compassion. At times, we’re lured, if only momentarily, to empathize with Serena or to see nuance in characters like Commander Lawrence. Even Gilead’s elite class struggles with these dichotomies: When Lawrence’s wife, Eleanor (Julie Dretzin), confesses to June that she misses the man he once was, June tells her it’s okay to cling to the good parts of people, to cherish the man Commander Lawrence was before Gilead. And it’s clear that in this moment, June is talking not only about Commander Lawrence and his wife, but about the good she allows herself to see in people.

Throughout Season 3, we’re asked, as June is, to put our trust in power players like Serena Joy—who fought alongside her husband for the very system by which she now finds herself oppressed—and to hope that somewhere under their cruel politics lie reason and compassion.

That The Handmaid’s Tale is an allegory has never been more explicit than in this season. Its characters are in many ways exaggerations of people we see every day, people we hardly have to travel to Gilead to recognize or understand. And while some characters make for uncomplicated villains—like Commander Waterford and Mrs. Putnam (Ever Carradine)—the new season proves that there are no moderates in Gilead. Commander Lawrence is every Republican politician who Democrats fawn over for speaking out against Trump while still supporting GOP legislation. Serena Joy is every conservative woman whose obsession with motherhood and babies is meant to endear her to us despite her active role in a government that separates children from their parents.

And then there’s June, whose incessant need to see the good in people who have actively harmed her reminds me so much of moderate Democrats I know who stress the importance of “reaching across the aisle” and demand that we humanize voters who routinely support policies that rob others of basic human rights. Meanwhile, June is visibly frustrated by and intolerant of her new walking partner, Ofmatthew (Ashleigh LaThrop), a Black woman whose obedience—June calls her “a pious little shit”—are clearly a means of self-preservation. It’s an effective illustration of how, even in Gilead, June’s white feminism insulates her from properly appreciating her own privilege and examining why she’s able to take the risks other handmaids cannot.

Much like the slow march of laws that ate away at the freedoms of The Handmaid’s Tale’s post-Gilead America, back in reality the attack on human rights is as insidious as it is powerful. The recent passage of six-week “heartbeat” bans in a number of states has left many people stunned at the lengths to which right-wing politicians will go to restrict access to abortion. But the right has been firing warning shots across the bow for decades—and all along, reproductive justice advocates, attorneys, abortion providers, and patients have been pleading with voters and politicians to take notice before it’s too late.

Season 3 does not present to us any answers on how to survive Gilead. Instead, it’s a warning to never be complacent enough to let things get this far; that it is our demise, not our salvation, that lies in trusting the Serena Joys in our lives or underestimating the Commander Lawrences. It’s a reminder that they will never join the revolution, even one they profess to support. It’s a lesson that securing human rights and autonomy won’t come via efforts to forge connections with oppressors simply because people on both sides love their children or resent their spouses. These human conditions do not absolve them of their heinous actions. Gilead stands for the preservation of power for the elite through violence and control. It stands for racism and forced servitude. It stands for defining people by their ability to conceive children. It is impervious to small acts of defiance like those of Serena Joy and Commander Lawrence. Its survival depends strictly on the oppression of others, and those benefiting from it will, for that reason, never truly work to dismantle it.

Read this Next: Get Out of Gilead

How TV Finally Got Realistic About Abortions

I Got All My Sisters With Me