“The Hierarchies” Imagines a World Where Sex Robots Have Human Impulses 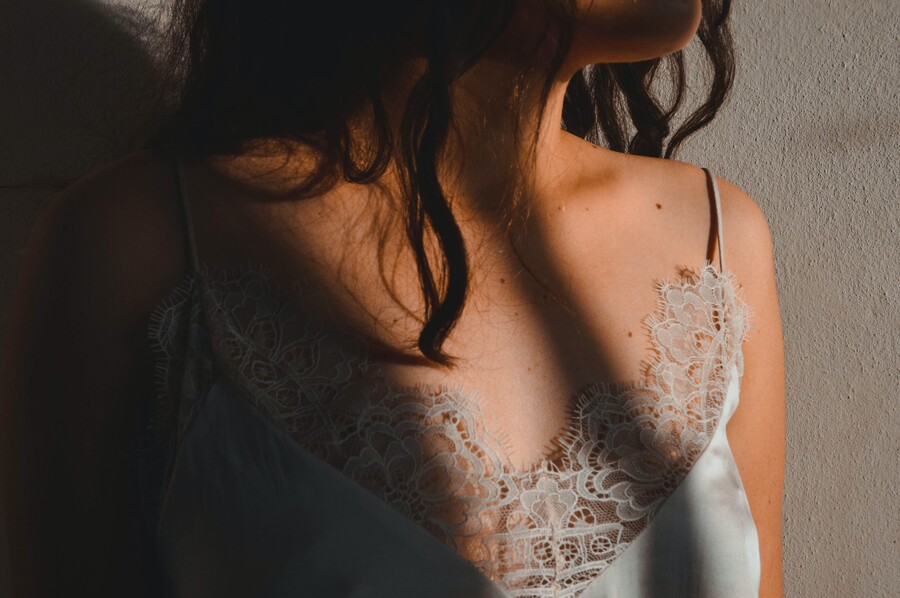 In 2015, AMC debuted the science fiction series Humans, which follows synths—or essentially robots who appear to be human. One such synth, Anita (Gemma Chan), is sold to a family to be a babysitter, but the family doesn’t know she’s one of a handful of synths that were programmed to have sentience. If these synths reveal their sentience, they will be destroyed, and so they must suffer in secret through a great deal. Anita is viewed as an appliance by the family who purchased her, including by Joe (Tom Goodman-Hill), the family father. When Joe secretly accesses Anita’s adult-only functions, he decides to have sex with her, not realizing her sentience, or the innate problem. As a 2015 Vox review of the episode explains, “In most relationships—even one-night stands—that’s where a conversation would occur between partners about what was wanted and expected. But that conversation can’t occur between Anita and Joe because the imbalance of power is so great between the two of them that Anita either cannot have that discussion for her own safety or has essentially walled off the parts of herself that might initiate it.”

I thought of this moment in Humans as I began reading Ros Anderson’s debut novel, The Hierarchies, which follows a “humanoid pleasure doll,” Sylv.ie, who is “sexed to life” by her Husband, the capitalization of which signals the power granted to said husband. Her entire reason for existing is centered around male pleasure, a power dynamic examined time and time again both in literature and onscreen. The first few chapters are absorbing and yet difficult to read, as we’re presented with an adult woman who squeals with glee over gifts as small as a pen and is baffled by the idea of being gifted a journal, a place not only to write down thoughts but to produce them to begin with. She is, entirely, a performance of femininity. Even as she tells us she isn’t a human, Sylv.ie is a being in her own way, and I felt an immediate need to whisk her away from this man who would purchase her and take such pleasure from her existence. Her head isn’t empty, but it’s filled only with thoughts for his comfort, aimed to make him feel better about his purchase; she’s perfectly beautiful, but she carts around makeup (that she doesn’t actually apply) to hold proof of her femininity, the attribute that makes her so buyable.

To complicate matters, Sylv.ie’s husband has a wife—“the First Lady of the House,” Sylv.ie denotes her—and this becomes the crux of the novel: Sylv.ie is constantly thinking of herself in relation to the “Born women” who surround her, especially as her sentience increases along with her suspicion of the humans around her. What are the power dynamics at play, here? Does the wife find freedom from wifely sexual and romantic expectations, given that her husband has someone else to have sex with? Or is she harmed? Or, rather, is it a combination of both? Who is Sylv.ie closer to, the First Lady or the coffee maker she’s compared to? Anderson navigates this space with grace. The Husband doesn’t seem especially kind or respectful to either woman. Sylv.ie hears the couple yelling downstairs—a part of the home she isn’t able to access, as she’s trapped upstairs, watching their lives from above—after the First Lady becomes angry at him for coming home late at night, and of Sylv.ie, he jokes that she’s “malfunctioning” (more of a threat than a joke) whenever she questions him. The dynamic grows more complicated when the First Lady gives birth, a process that amounts to a baby being created in a lab and then arriving “blanketed and boxed,” as Sylv.ie describes it. Sylv.ie’s curiosity and maternal instinct get the better of her, and Anderson offers several painful, revealing scenes that pit the First Lady and Sylv.ie against each other.

Per the title, and Sylv.ie’s own continual reference to hierarchies, it’s clear that this is a book about power dynamics on both a micro and a macro level. Sylv.ie, and those like her, are meant to follow four hierarchies: first, “Love, obey, and delight your Husband. You exist to serve him”; second, “Honor his family above yourself and never come between them”; third, “You must not harm your Husband, nor his family, or any Human”; and finally, “Make no demands, but meet them, and obey every reasonable Human request.” The hierarchy isn’t being debated only in Sylv.ie’s mind, or in the Husband’s home; we learn quickly of the political realm beyond our protagonist, in which there’s a Bill of Rights for Augmented Persons being fought about, with the rights of “Bio-Women” up for debate, a discourse that explodes onto the streets, culminating in violence when a group of women who have shaved their heads and dress as men attack so-called Createds like Sylv.ie.

Sylv.ie notes that even though Born women can’t define womanhood or femininity, they’ve decided that Created women like herself are incapable of housing it. She faces violence not only from men but from women, and her own inherent power is an imagined one: Though she’s strong and she can’t be killed ( just deprogrammed and destroyed), she can’t disobey the four hierarchies, something that requires Sylv.ie to repeatedly put humans before her, even as they actively cause her harm, both in her own home and, eventually, beyond it. In seven parts, we’re offered short, poetic chapters with names like “Beauty” and “Gift” that offer snapshots into Sylv.ie’s mind. But in moments where Sylv.ie is incapacitated, as in “Doll Hospital,” there’s a shift: Rather than the petite, named chapters we’ve become accustomed to, there’s just an ongoing section that suggests Sylv.ie’s newfound mental state is one of rambling confusion. Sylv.ie begins to think in code, which repeats itself above paragraphs illustrating her inner confusion and turmoil. And, with time, her turmoil becomes clearer, offering us a means to learn about the broader world through Sylv.ie’s increasing awareness.

Again, the policing of Created womens’ bodies is examined on both a micro and macro level. In “Doll Hospital,” and in later chapters, Sylv.ie’s vagina becomes as much a metaphor as it is a literal victim to violence. The men who are employed to fix Createds and give them tune-ups are the same men who abuse them. The men take pleasure in removing and engaging with Sylv.ie’s vagina, showing it to her, making her face not only her own body but how much control they have over it. In one especially jarring scene, one man rapes Sylv.ie and then sprays out her vagina with a hose. On a larger scale, Sylv.ie notes that there’s a capitalist element at play. “Us Dolls, unlike Soldiers or utility bots, are not created by a unified public body,” Sylv.ie explains. “We are the children of the enterprising, with all the moral gaps and ethical shadows that suggests. Barely regulated, our manufacturers and programmers have improvised us, making us up as they go along.” This lack of regulation results in so much violence toward the women. When hurt, they have no reprieve. They’re created, sold, and then left to suffer. But at the same time this lack of regulation allows for hope as some Created women realize they have the ability to fight back and begin to do so. 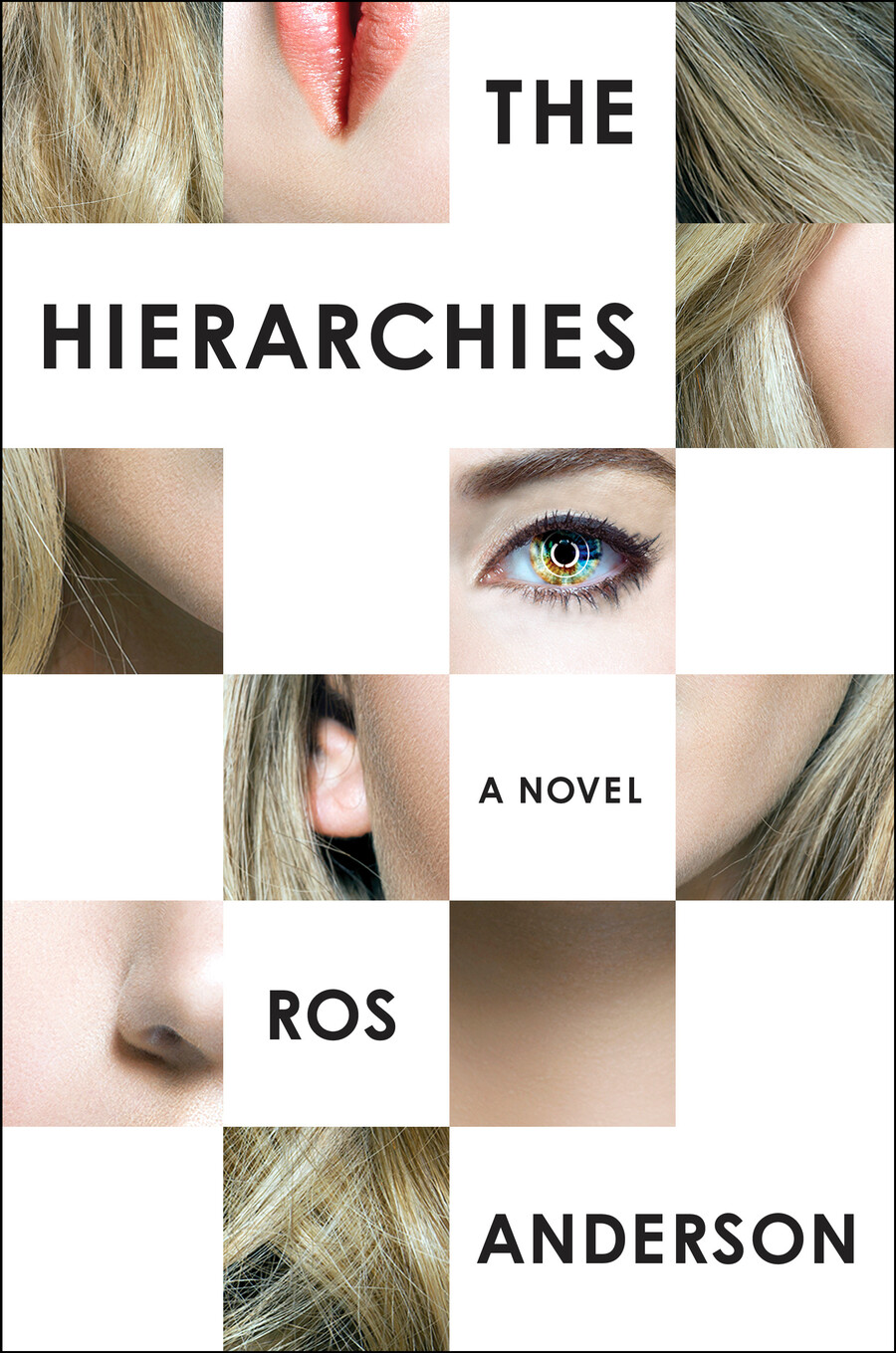 “Like you, we are drawn to the exceptions. The failures, even,” Sylv.ie notes. “[The] Dolls who go rogue. Who kill their families, smother the babies of their Husbands. The terrible story of Xian.ie, who killed her Husband’s wife and went into the local town wearing her flayed skin, carrying her handbag. These anomalies fascinate us Dolls. Cautionary tales, perhaps, but also, they are outliers—they, by their transgressions, push the boundaries of what we Dolls are considered capable of.” Though Sylv.ie loses her power via the hierarchies she’s meant to follow, and via a literal mode, called Compliance Mode, that inhibits her ability to fight for herself, she’ eventually able, with support from another woman, to fight beyond it. Like women in our own world, she’s faced with a set of rules and expectations that quite literally render her a permanent victim, but via the protection of other women and the forming of a community, she can find hope to exist on her own terms, even if that path to freedom is fraught and dangerous.

At times, the novel is heavy-handed: In “Bird,” for example, the Husband gives Sylv.ie a caged bird, an obvious symbol, and the story dragged in its sixth and seventh parts. While the other parts felt like they alone could encompass an entire narrative, acting as novels or short stories within themselves, the chapters that followed felt meandering. As Sylv.ie grew more and more confused, so did I. Without the paragraphs of description that served to center the reader in place, I struggled to find my footing in new settings explained only via snapshots rather than being fully fleshed out.

The final part, clearly meant to feel weighty and important, fell flat for me, and I found myself craving the speeding pace of previous parts, which offered surprising twists and new characters with great success. One character in particular reveals early on a secret that I certainly didn’t see coming, making truth-revealing twists appearing later in the book feel less impactful. Overall, in The Hierarchies, Anderson has constructed a novel that goes beyond common conversations about what we will do, and what will happen to us, if robot women come into being, and dives instead into the ways that we will likely fail them. What will we do for them? What will happen to them? And what are we owed by the beings we create to make our own lives easier? It’s a shocking and eye-opening debut, one that has me looking at my coffee maker a little differently. 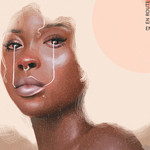