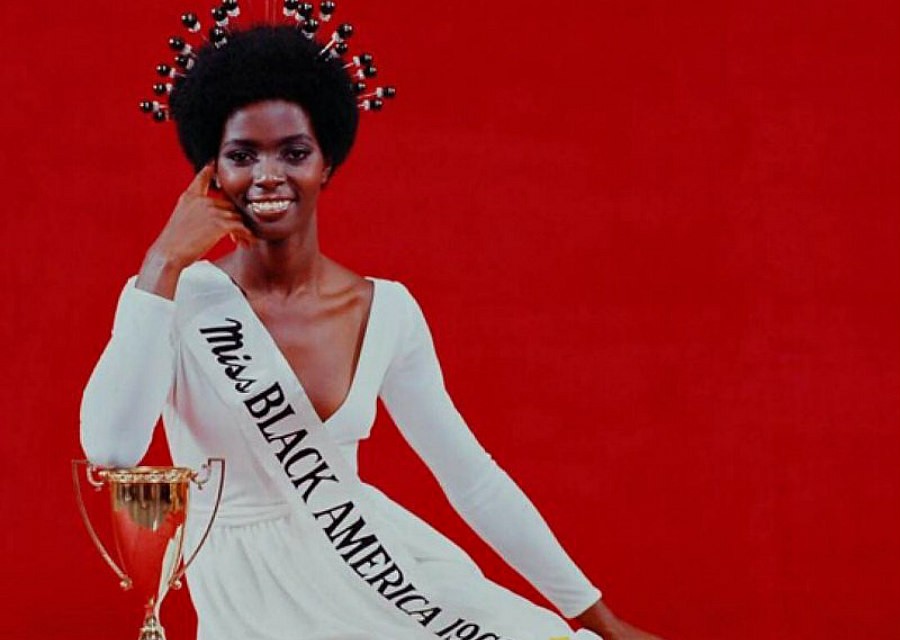 “There she is, Miss America. There she is, your ideal, the dream of a million girls who are more than pretty, can come true in Atlantic City. For she may turn out to be the queen of femininity” boomed the theme song at Miss America’s 1968 pageant. Outside, women were protesting the pageant, citing its misogyny, homophobia, and fatphobia, and also objecting to the Miss America Organization’s documented racism. Up until that point, they’d never crowned a woman of color or included a single Black contestant. As these feminist revolutionaries sounded the alarm, another “positive protest” was taking place just down the street.

By 3 a.m., Saundra Williams, a Maryland State College student, was crowned the first-ever Miss Black America. The pageant afforded Williams something that its lily-white counterpart did not: the opportunity to compete while centering her Blackness. Williams impressed both the judges and the audience with her African dance performance and her response during the question-and-answer portion of the competition, in which she emphatically stated that husbands should be equally responsible for domestic chores. “Miss America does not represent us,” Williams told the audience upon winning the inaugural crown. “With my title, I can show Black women they, too, are beautiful.”

J. Morris Anderson, Miss Black America’s founder, understood that the “qualities” the Miss America Organization celebrates, such as beauty, womanhood, and femininity, were rooted in whiteness. So when his daughters, then 5 and 7, expressed their desire to become Miss America winners, he knew “how fruitless it was to indulge in [their] fancies” because Miss America was a pageant “for white women only.” Anderson knew that Black Miss America contestants would only be judged by their proximity to whiteness, so he decided Black Americans needed a pageant that would “reverse the negative propaganda of the Black woman.” Fifty years after the creation of Miss Black America, mainstream pageants are still failing to be inclusive. 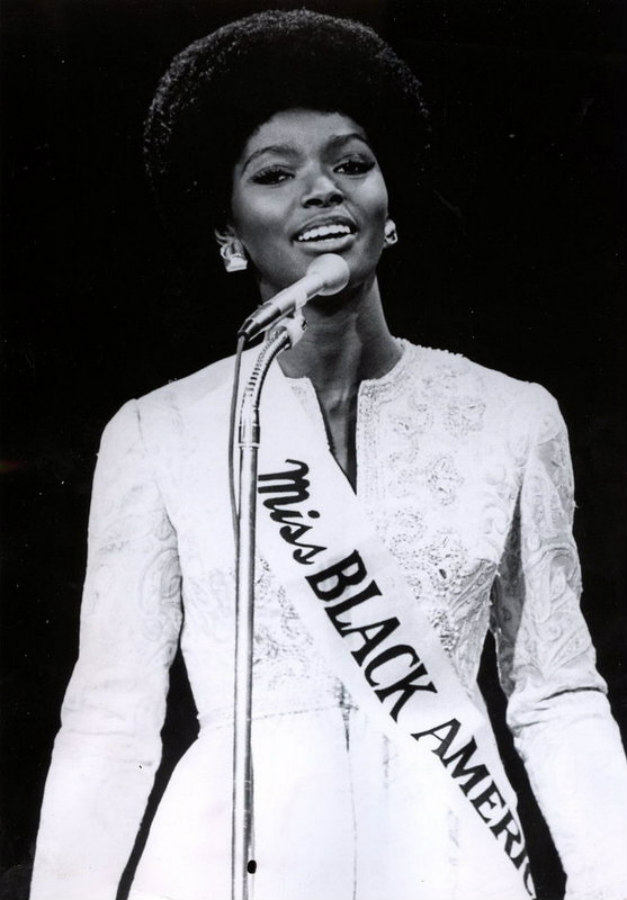 Since Miss America began in 1921, only 10 women of color have won, and Vanessa Williams, the first Black winner, was crowned 16 years after Miss Black America began. Angela Perez Baraquio was the only Filipino American title-holder while Nina Davuluri was the only Indian American winner. Over the past 65 years, Miss USA has only crowned 12 queens of color. Mainstream beauty pageants have excluded Black and Brown women because they conflate the idea of virtue with beauty—and virtue is a trait reserved solely for white women. To examine outward beauty, pageants don’t need interviews, question-and-answer segments, and talent competitions. After all, physical beauty is about external appearance. If they were evaluating the performance of womanhood, mothers, married women, and pregnant women wouldn’t be barred from competing. No, pageants celebrate the elusive idea of virtue.

“The cornerstone of the pageant has always been the ideal of virtue, being a role model for little girls,” posits Alicia Rodriguez Battistoni. “While even some of the contestants criticize the swimsuit portion of the pageant, they still acknowledge that the Miss America Organization gives millions in grants to women for scholarships, even to those who do not end up competing.”

Whiteness does not extend virtue to Black and Brown women. Instead, Black women and women of color are exoticized, oversexed, and hyperfetishized based on tropes like the “Jezebel,” “fiesty Latina,” and “Geisha.” In Sojourner Truth’s 1851 “Ain’t I A Woman” speech, she proclaims: “That man over there says that women need to be helped into carriages, and lifted over ditches, and to have the best place everywhere. Nobody ever helps me into carriages, or over mud-puddles, or gives me any best place! And ain’t I a woman?” If all women are supposed to be held in esteem and protected by society, why is it then Truth was never on the receiving end of this benevolence?

What separates her, and other women of color, from the white women who are helped over ditches and into carriages? Virtue. Virtue is innocence, femininity, submissiveness, morality, and respectability all wrapped into one convenient package that’s often described as the cult of true womanhood. This is the same “virtue” that allows us to believe in the inherent goodness of Get Out’s Rose Armitage (Allison Williams). This same “virtue” permits pink-pussy-hat-clad white women to storm the nation’s capital in protest of an imperialist, white supremacist, capitalist, patriarchal president who they directly benefit from—and be praised for their fearless heroism. This same “virtue” encourages Americans to view Melania Trump as a victim or hostage rather than a complicit participant in Trump’s harmful and insidious administration. 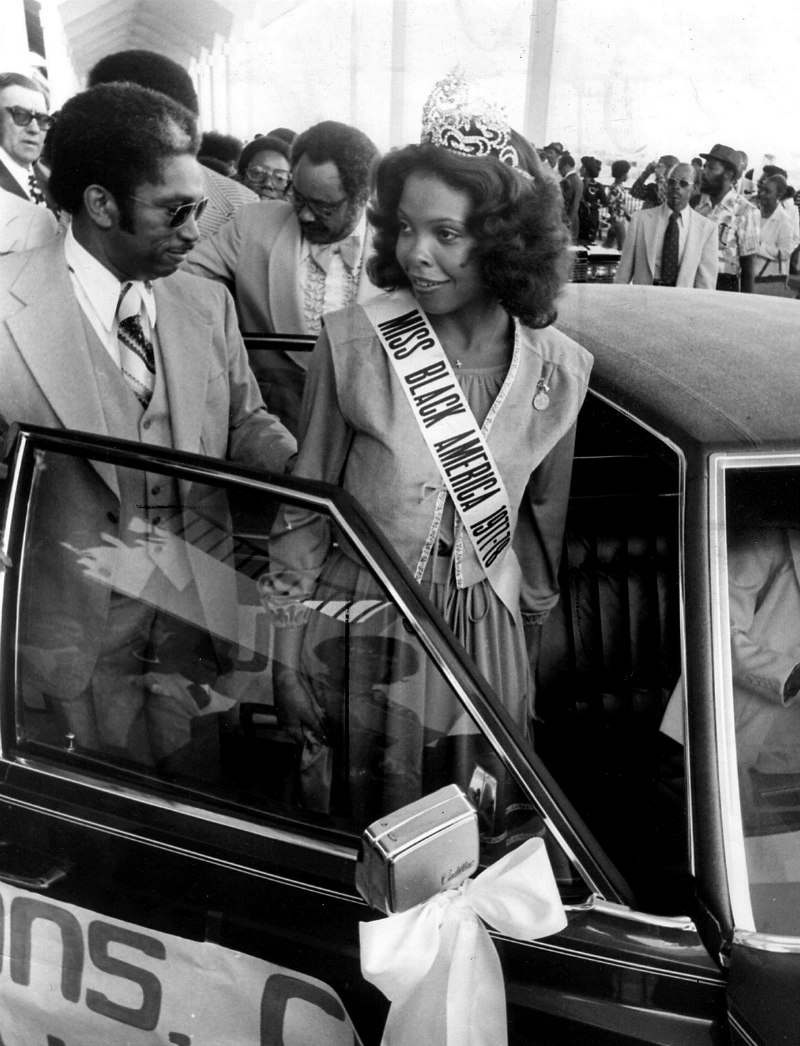 Vanessa Williams—the first non-white winner of Miss America—was crowned in 1983. At the time, it was viewed as “non coincidental, “unnatural,” and politically purposeful,” according to Sarah Banet-Weiser’s article “Fade to White: Racial Politics and the Troubled Reign of Vanessa Williams.” Williams refuted this narrative by taking on a position of racelessness. She maintained that she was not specifically a Black person, but a “person” capable of doing the job, reassuring America that she would uphold virtuous American womanhood. In a 1983 article published in The Washington Post, Williams was crowned “the new Black woman,” part of a generation of Black women who were “immune from the physical strife of direct racial bias—and taught that a colorless world is the reward the last generation has bequeathed.” Williams also declared that “color makes no difference.”

“I think I would be doing the same thing if I were Spanish or white or Chinese,” Williams told the Washington Post. “I am still a person, I still feel the same way about being crowned. I don’t think they chose me because I was Black and it was time for a Black Miss America. They chose me because they thought I could do the job.”

To “pass” into a mainstream beauty pageant, a woman of color must prove that she can moderate her Blackness/Brownness (read: perceived lewd, uncouth behavior and demeanor) in favor of “appropriateness.” She had to be, in the words of Abbey Lincoln, “[a] poor imitation and excuse for [a] white woman.” And even if she was the best counterfeit white woman, the crown still didn’t quite fit. In July 1984, the Miss America Organization stripped Williams of her title after her nude photos were leaked, proving to them that Williams was unvirtuous—exactly what they suspected a woman of color would be. Williams was replaced by the African American runner-up, Suzette Charles, who promised to represent ‘”the wholesome American image” that was “traditional for each Miss America”—another oath of performative white womanhood.

The creation of an inclusive pageant for Black women “who have not altered their natural beauty for the sake of acceptance” gave those with natural hair, little to no makeup, and a politically-charged Black agenda grounded in Black Feminist Thought and community building access to virtue that’s not predicated on proximity whiteness. Miss Black America, and other similar identity pageants, understand the same thing that historically Black colleges and universities, Black press, the negro leagues, and Black businesses do: As Audre Lorde said, the master’s tools will never dismantle the master’s house, or participating in mainstream, white pageants will never work against or upend white-centered beauty. For when a racist institution’s tools are used to “examine the fruits of that same [institution]… only the most narrow parameters of change are possible and allowable.”

So, rather than convincing white people that they are worthy of inclusion or attempting to carve out a small stone in a white space, people of color created pageants where they are able to frame their own social action and narratives. 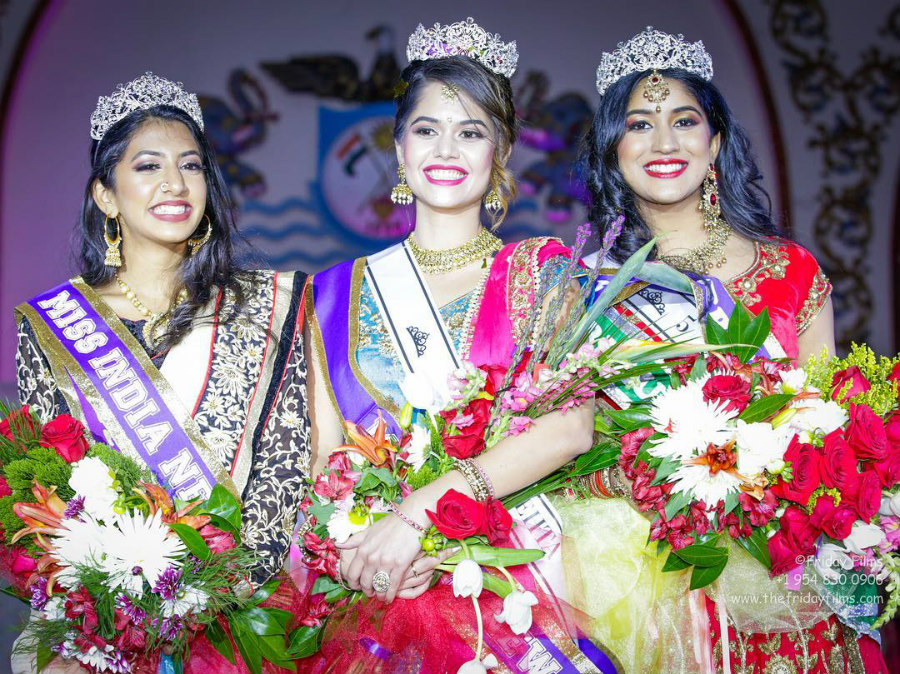 More importantly, in the words of Langston Hughes, these pageants served to change “that old whispering ‘I want to be white,’ hidden in the aspirations of [their] people, to ‘Why should I be white? I am a Negro—and beautiful!’” Identity pageants have grown in popularity as women of color realize they’re viable platforms for building real sisterhood and celebrating their cultures. Vivian Arviso, who won Miss Indian America in 1960, told NPR Code Switch the pageant built her confidence, while Shirley Alabre, Miss Black Florida 2014, told The Root, “I’ve built a large sisterhood [through Miss Black USA]. … It’s not just a pageant, it’s a movement.”

Satra Taylor, the 2016 winner of Kuamka, an Afrocentric pageant at the University of Cincinnati, expressed the difference she felt walking onto a stage full of Black women. “Regardless of who wins, Kuamka grooms you to combine your talents with its training and become a change agent.” Caylan Stevens, who competed alongside Taylor, corroborated this sentiment, said, “I didn’t gain a crown, but I grew tremendously. It was inspiring to be around so much Black excellence, and to showcase my own.”

I have competed in numerous pageants over the last decade. When I went to D.C. to represent Ohio in the Miss Black USA pageant, I excelled in interview, a phase of competition I usually scored poorly in—as mainstream pageant judges typically seemed unconvinced that my pro-Black service, accolades, and resume mattered on a larger scale. Though I had ballooned from a lean size four to a size 10, the largest I’d been in my entire lifetime, the fitness portion made me feel strong and confident because my fellow contestants were just as bodacious as me. For my talent, I painted a portrait of Obama to the tune of Kanye West’s “Touch the Sky”—the performance culminating with the announcement of me as the nation’s first Black woman President. And though Miss Black USA was one of the first pageants that I did not place in—hell, I did not even crack the top 15—I left the stage feeling like I’d won.

These pageants are more than competitions, but acts of resistance, where contestants can leave the stage with more confidence, a stronger sense of self, and cultural pride—regardless of who wins. That will forever be more valuable and significant than any white crown.