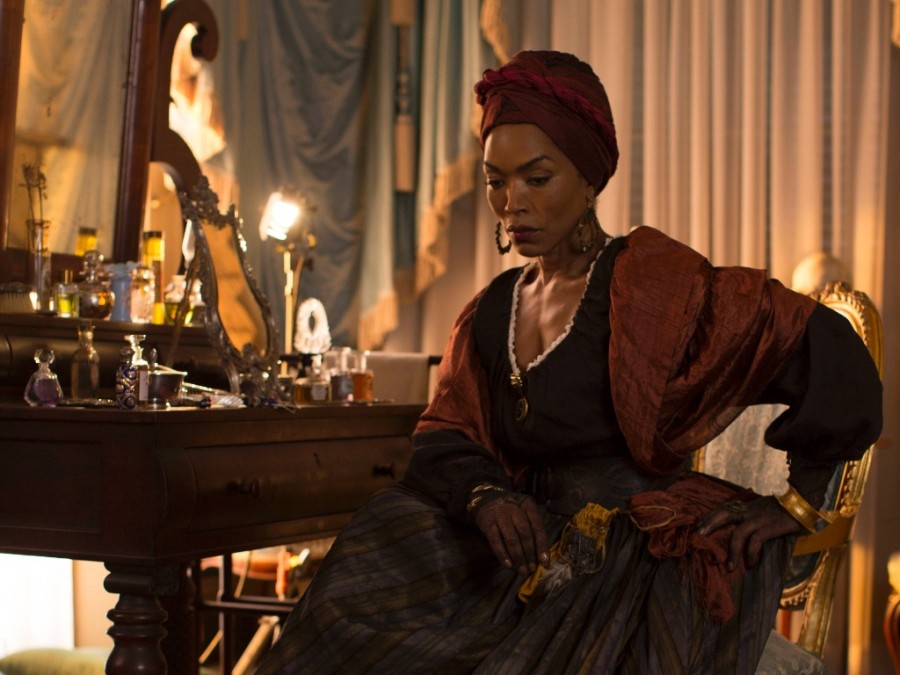 Frank Schneider’s portrait of Marie Laveau (painted in 1920 and based on an earlier work by George Catlin) hangs inside the Cabildo of the Louisiana State Museum, and shows the legendary “Voodoo Queen of New Orleans” wearing a butternut-yellow headwrap with burnt orange stripes. When Angela Bassett portrayed Laveau in American Horror Story: Coven, a headwrap was also an essential part of her wardrobe. Coven was loosely based on true events, but Laveau’s headwraps were real—and her decision to wear them was deeply rooted in the so-called tignon laws that prohibited Black women from displaying their hair in public for nearly 20 years.

During the 18th century, the tignon (a headwrap or handkerchief) emerged as a symbol of pride for free women of color in New Orleans. In 1769, the law of coartación allowed enslaved people in Louisiana to purchase their own freedom, which afforded them the opportunity to be able to build wealth and status, according to Jennifer M. Spears’s 2009 book Race, Sex, and Social Order in Early New Orleans. Toward the end of the Spanish colonial period (1763 through 1802), nearly 1,500 enslaved people in New Orleans “had acquired their freedom by cash payments,” according to Know Louisiana, and by 1810, free people of color made up 44 percent of the city’s free population.

Free women of color dressed elegantly and embellished their hair with feathers and jewels. They were flaunting their femininity because they now had the freedom to do so. While most free women of color married free men of color and raised families with them, they were also attracting the attention of non-Black men, which threatened an already fragile social order.

“There’s a lot of mythology surrounding free women of color and their sexual relationships with white men. In some of the antebellum newspapers, there are letters to the editor complaining about free women of color as being brazen, and they’re always described as beautiful, proud and haughty,” says Lisa Ze Winters, author of the 2016 book The Mulatta Concubine: Terror, Intimacy, Freedom, and Desire in the Black Transatlantic. “There’s a kernel of truth to that in some instances, but most free women of color were interested in having ‘respectable’ lives within their own communities—getting married, having children, being part of the church.”

Despite these misconceptions about the intentions of free women of color, in 1786, Governor Esteban Rodriguez Miró passed sumptuary tignon laws that mandated Black women to conceal their hair with a headwrap. The laws, Winters explains, “were not necessarily about keeping Black women from having sexual relationships with white men, but [about preventing] free women of color from being able to publicly enjoy those relationships or displaying any material gain that they might have gotten from those relationships.”

The tignon laws were intended “to return the free women of color, visibly and symbolically, to the subordinate and inferior status associated with slavery,” as historian Virginia M. Gould notes in 1997’s The Devil’s Lane: Sex and Race in the Early South, but free women of color subverted this original intention. Instead of wearing drab headscarves that minimized their beauty, Black women enacted their autonomy by purchasing bright, colorful headwraps, elaborately wrapping and tying them, and adorning them with jewels, beads, and ribbons. 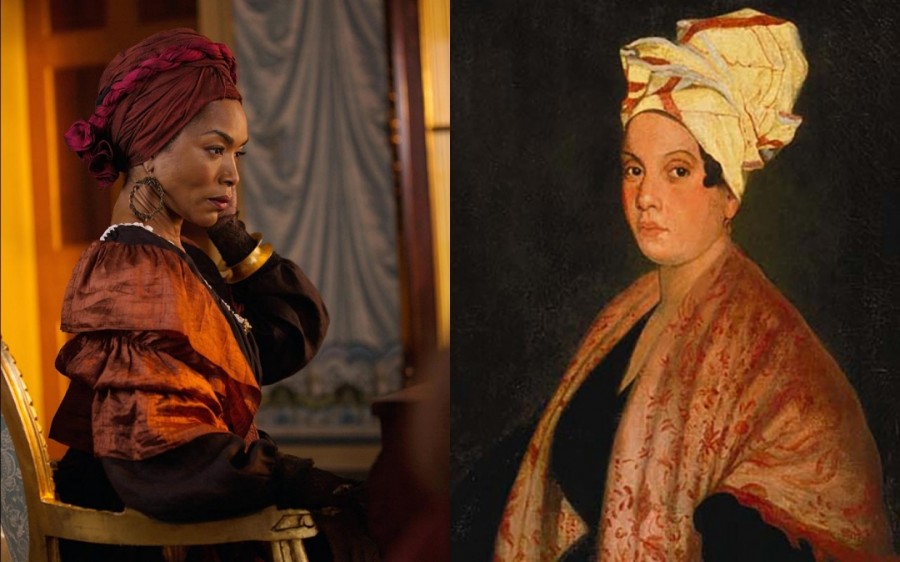 Even when Louisiana stopped enforcing the laws in the early 1800s, free women of color continued wearing the tignon. It’s a testament to their resilience: The women of New Orleans refused to allow a piece of cloth to humiliate them, erase their status, or diminish their femininity. Instead, they reinterpreted the tignon as a symbol of empowerment. (And Black women in Louisiana weren’t the only women of color to use clothing to resist oppressive laws: In 1773, free women of color in Saint-Domingue were prohibited from wearing shoes, so they wore sandals, adorned their toes with diamonds and continued to do so after the laws were lifted.)

More than 230 years later, remnants of the tignon laws still linger: Traditional hairstyles, such as dreadlocks, are still seen as unprofessional in the workplace; women who wear them are subject to false assumptions—like Giuliana Rancic’s now-notorious snark about Zendaya’s faux locs smelling of “patchouli oil” and “weed.” The military recently lifted its longtime ban on cornrows, Afros, locs, and other protective hairstyles, but we regularly hear stories about Black girls being suspended from school for rocking natural hair. 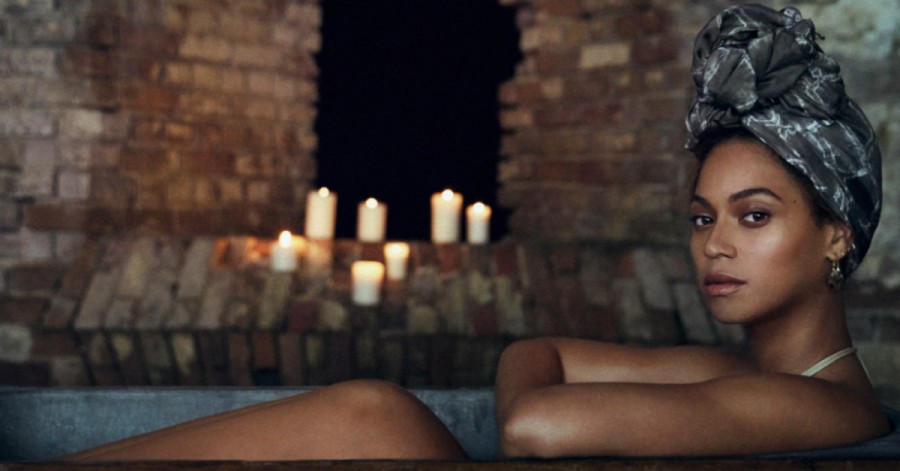 Beyoncé in How to Make Lemonade (Photo courtesy of Parkwood Entertainment)

Pop culture, however, is the most reliable place to look for Black women who still resist the policing of their hair.

The first time we see Beyoncé in Lemonade, her musical celebration of Louisiana’s Afro-Creole women, she’s rocking a tignon while kneeling on a stage. Nina Simone also incorporated the tignon into her signature look, and Lauryn Hill, India.Arie, and Erykah Badu followed her lead in the late 1990s and early 2000s. (Badu even wore a headwrap on Sesame Street). Outside of pop culture, the headwrap is now largely considered a fashion staple. Nnenna Stella travels from Brooklyn to Ghana and Morocco to select the most impeccable textiles for her handcrafted headwraps. Afro-Colombian designer Angelica Balanta’s vibrant headwraps reflect her rich Colombian culture, while Paola Mathé’s collection is inspired by her Haitian heritage.

Our positive association with the tignon stems from Black women in Louisiana, including Marie Laveau and countless others, being defiant and refusing to hang their heads in shame. Black women are the alchemists of our own glory and our own legacy; it’s in our blood. The tignon laws were an attempt to silence us, but we’re much too fly for that.

Meet The Women Amplifying the Black History of Reggaeton

Princess Gabbara is a multimedia journalist and storyteller, who has written for outlets like Shondaland, Vibe, The Boombox, Bustle, Greatist, TheGrio.com, Ebony magazine, Jetmag.com, Essence and Sesi, to name a few. She was previously a reporter for the Lansing State Journal, part of the USA TODAY Network.