The Must-Watch Episodes of “The L Word” | Bitch Media

Narrowing the ChartThe Most Essential Episodes of “The L Word” 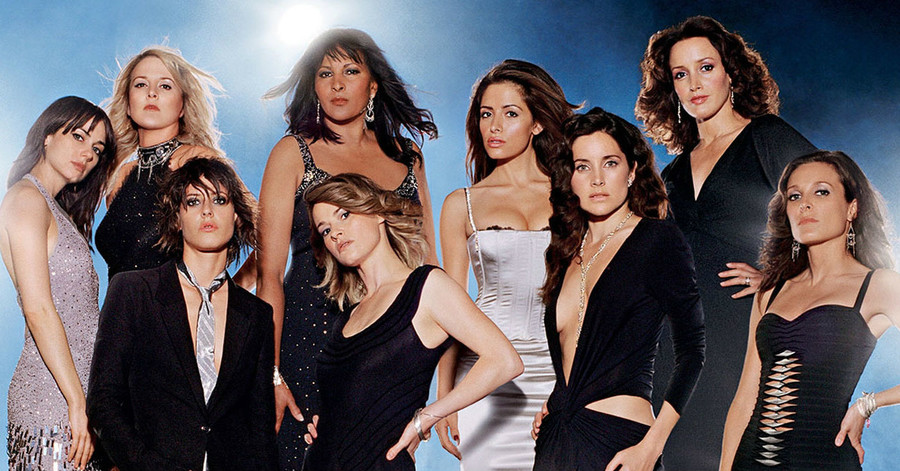 On December 8, many of our dreams came true: We’re now able to revisit some of our favorite The L Word characters on The L Word: Generation Q, a reboot that imagines a “more inclusive world” with a broader understanding of queerness and the queer experience. Those who are new to this “one small step for queer kind” might feel as if they’re a step or two behind or aren’t understanding the hype because there’s a lot more queer television now than there was when the show originally premiered in 2004.

So if you’ve never watched The L Word, then there are a few things you need to know: You’ll likely notice a few missteps around identity. In 2010, Alyx Vesey wrote in Bitch that it the original series was “marred by over-the-top situations, uneven character development, hackneyed writing, a bevy of skinny femmes, and racially problematic casting decisions.” You should also know that The L Word is the very definition of a drama—and there’s a lot of it to keep up. I’ve watched this series from beginning to end around 12 times, and there are entire episodes (and even seasons) that can be skipped without losing the show’s throughline or essence.

For those who are new to The L Word universe, here are the most essential episodes to watch to prep for Generation Q.

The entire first season of The L Word only requires a quick skim. Though the season I sets up a lot of backstory, it also prioritizes extremely frustrating storylines. There’s a lot of weird straight sex between Tim (Eric Mabius) and Jenny (Mia Kirshner), the latter of who is pegged as a baffled little midwestern girl who can’t understand whyall these women are dating each other. Art curator Bette (Jennifer Beals) and her partner Tina (Laurel Holloman) get a lot of screen time in the first season, though their relationship is toxic. Though Bette and Tina have a lot of history and they care about each other, I’ve never been convinced they actually like each other. So, though it’s fine to skip through a lot of the first season, it’s good to watch the pilot because it offers a solid introduction to the group. Jenny, the confused newcomer, walks us through the show’s core characters, so we know exactly who’s who and who’s dating who.

Dana (Erin Daniels) is the best part of this episode. She’s funny, awkward, and feels like one of the show’s realest characters, especially because she’s struggling to come out. Dana’s a professional tennis player, and she’s afraid that being publicly out will force her to give up her career or will cost her fans, sponsors, and her very conservative parents. Though she’s not open about her sexuality, she’s still reeling from a breakup with her girlfriend Lara (Lauren Lee Smith). In one very sweet moment, Dana lays in bed with her cat, Mr. Piddles, and says, “I have something important I have to tell you. Remember Lara? You remember how she used to come over all the time and stay over sometimes and we’d move around a lot together? Mr. Piddles, Lara’s gay. So am I.” He purrs, and Dana says, “You’re the best cat in the world Mr. Piddles.” That scene alone makes this episode worth your time. This episode also introduces us to Cherie Jaffe (Rosanna Arquette), who becomes an important character in later seasons.

“Life, Loss, Leaving” captures the beginning of Shane (Katherine Moennig) and Carmen’s (Sarah Shahi) relationship, which automatically earned this episode a spot on our list. Shane and Carmen are an important to couple to many L Word viewers, myself included, because they were a beautiful couple: ever since Carmen grabbed Shane’s face and said, “Don’t try to hook me up,” it was clear that Carmen would always call Shane on her shit, and that Shane would let her. Plus, Dana’s burgeoning relationship with her best friend, Alice (Leisha Hailey), really ramps up in this episode. We get a lot of sex and a lot of feelings, though many of the characters are cheating and sneaking around.

Jenny and Shane bond as friends in this season: There’s a visually impactful moment where Shane cuts Jenny’s hair, and Jenny’s eyes tear up as her long, dark hair falls to the ground. Shane and Jenny become even closer when they realize their new roommate, Mark (Eric Lively), is a gross misogynist who questions if lesbians are able to have sex. “And what makes you think that lesbians don’t fuck?” Jenny asks, a line that underscores her increasing confidence—she’s no longer the confused girl from Season 1. “It’s not possible,” Mark retorts. “Where do you live, Mark?” Shane snaps. “It’s entirely possible.” Shane and Carmen’s relationship also becomes more complicated, partially because of Jenny and Shane’s friendship. This episode captures Carmen and Jenny’s increasing confidence in the face of Shane’s consistently bad decision making.

This is a beautiful episode, especially if you’re rooting as hard for Shane and Carmen’s relationship as I was. Their love is complicated for myriad reasons, but this episode includes a stunning scene between them in the kitchen. I won’t spoil that conversation, but it is worth watching. Also, if you’re buying into Alice and Dana’s connection, then there’s a sexy surprise in this episode for you.

This episode is on this list because it’s so difficult to watch. Jenny is the character that many lesbians and queer women felt torn about, myself included. Your perspective on Jenny will likely evolve as the series progresses. I hated her when I first watched the second season, but I felt for her when I rewatched the full series years later. Jenny’s been so deeply traumatized that her increasingly evil behavior makes sense in some ways. What does it look like when trauma and pain are left to fester? For Jenny, the answer is a book that destroys your friendships and turns you into the enemy. “L’Chaim” revisits the memories Jenny’s been repressing as she slides into further self-destruction. This episode introduces us to the first of many artsy (and confusing) skits that give us insight into what Jenny is thinking.

Jenny hits the road as a part of her healing process, and when she returns to Los Angeles, she’s brought Max (Daniela Sea)—a trans man the show 100 percent fails—who’s struggling with his gender identity in a way that Jenny understands all too well. Jenny is supportive of Max in a way her other friends are not, which is captured in this episode. This episode is one of the few in the series that humanizes Jenny, extends empathy to her, and shows she can be a good and thoughtful friend.

This episode has all of the makings of a perfect episode: vacation, soft moments within hard friendship, screaming on ski lifts, spending thousands of dollars on frivolous stuff, random hookups, an impossible reunion between old lovers, and violent heartbreak. “Left Hand of the Goddess” might make you cry—or make you stop watching the show altogether.

Season 4 is the last one where things are actually good for our characters. We’re introduced to Tasha (Rose Rollins), a Black woman torn between having a career in the military and being openly lesbian. Tasha falls for Alice, and their relationship is one of my favorites on the series because they laugh a lot together while also challenging each see life from a new perspective. In this episode, Tasha and Alice have a rare tiff that builds into a sexual tension.

Shane and Alice’s friendship takes center stage in Season 4 as both of them struggle. When Shane needs help, Alice steps up—literally—climbing a ladder with Shane to deface a billboard that reminds Shane of her most recent trauma. Alice doesn’t question Shane’s decision at all; she just shows up instead. The show’s healthiest relationships are between friends rather than partners, which is embodied by Shane and Alice’s unwavering love for each other.

Though Bette and Tina cheat on each, are unable to communicate, and encounter some weird racial issues when they try to raise a biracial baby together, the show still tried to present them as lovebirds worth admiring. In Season 4, the series abandons ship by introducing Bette to Jodi (Marlee Matlin), a deaf sculptor and artist who works at the university where Bette works as a dean. They hit it off quickly; Bette falls for Jodi’s brilliance, which is unsurprising given that Better’s life also revolves around art. Jodi also is the first person who calls Bette in for being a control freak. When Bette says, “I want to be in a relationship with someone who works with me,” Jodi responds, “You want to be in a relationship with someone who works for you.” It’s a thoughtful and loving moment where Jodi is offering Bette a new way of understanding and reigning in her controlling behavior.

I hate Season 5. Alice and Tasha are the only characters who matter this season, and it has been a long ride to get here. The military accuses Tasha of “homosexual conduct” in Season 4, which takes a major toll on her and her budding relationship with Alice. This episode zeroes in on Tasha’s fight to remain in the military, and ends with Tasha smiling at Alice as she says, “I told them I love you.” They hug and Tasha spins Alice around to some stares and some cheers. It’s a priceless moment of relief for a couple that has fought for such a long time to be together.

Skip Season 6 altogether. We meet a lot of new characters who are all awful and irredeemable, and the entire season revolves around an unnecessary and absurd murder mystery plotline. Save time and jump from Season 5 to Generation Q.

Read this Next: “The L Word: Generation Q” Isn’t an Apology—It’s an Entirely Refreshed World 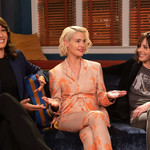 by Rachel Charlene Lewis
“The idea that normalization is radical is something that we talk a lot about the writers room.”