“My Body, My Choice” Doesn’t Meet the Demand of this Moment | Bitch Media

“My Body, My Choice” Doesn’t Meet the Demand of this Moment 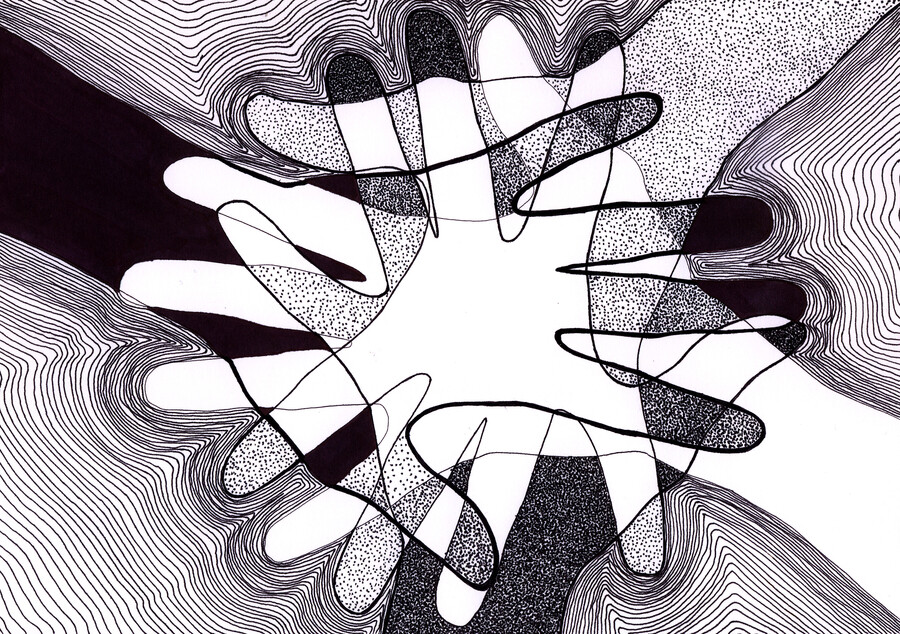 As millions of Americans rally around their right to refuse the COVID-19 vaccine and avoid masks, many have used a phrase familiar to feminist movements: “my body, my choice.” Citing a right to “bodily integrity,” Republican state legislators are proposing “medical freedom bills” that would allow individuals to control what happens to their bodies without the federal government encroaching on their “personal choices.” These talking points have long been mobilized by pro-choice activists demanding that people with uteri should be the only ones making reproductive choices for their own bodies. That’s the reason the internet reacted swiftly to the right’s appropriation of pro-choice language: When Fox News correspondent Tucker Carlson insisted that “making an informed choice regarding your own body shouldn’t be controversial,” Akilah Hughes went viral on Twitter for joking that a “new Planned Parenthood commercial just dropped.”

Pro-choice activists also point out the irony of anti-vaxxers claiming bodily autonomy while making it very difficult for people to access safe and legal abortions. In a recent piece for Vogue, Molly Jong-Fast spelled out that frustration. “We are on the precipice of the end of Roe and the beginning of a period of Republican legislation of women’s bodies, but this change comes steeped in irony,” she writes. “The same group that wants to make it impossible for you to end your pregnancy is furiously insistent that showing proof of vaccination should be illegal.” While the right’s unrelenting campaign to criminalize abortion is both infuriating and inhumane, it’s about time that feminists reframe the language we use to defend abortion. “My body, my choice” is highly individualistic and—in the end—fails to convey the ways we’re bound up with each other. Especially as Texas institutes a near-complete ban on abortions, it’s crucial that we embrace language and frameworks that emphasize our mutual responsibilities and interconnectedness.

Disillusioned with the mainstream reproductive rights movement and its singular focus on the right to abortion, a collective of Black women coined the term “reproductive justice” in 1994. Rather than repeating the rhetoric of individual choice, reproductive justice activists proposed an alternative framework—defending the right not to have children alongside the rights to have children and to parent those children in safe and nurturing communities. According to Daniela Sostaita, a former educator with Planned Parenthood and public health expert, these women knew that even if abortion was legal, their race, class, and social position would limit access to the procedure and other sexual and reproductive health resources. She notes, “they also understood that their reproductive lives were influenced by factors outside of their control [or their individual choice], such as access to housing and food, access to work opportunities, freedom from interpersonal violence, freedom from the police, and so forth.” Sostaita points out that, even as Roe v. Wade guarantees the legal right to abortion, access continues to be limited by factors such as legislative assaults, transportation issues, language barriers, legal status, and gender discrimination. Focusing solely on choice invalidates the experiences of people of color and low-income pregnant people who aren’t permitted one because of underlying structural conditions.

In the 2017 book Radical Reproductive Justice: Foundation, Theory, Practice, Critique, Loretta Ross, cofounder of SisterSong Women of Color Reproductive Justice Collective, writes that the language of bodily choice “became a co-opted neoliberal frame that denied government responsibility for providing healthcare.” To put it simply, neoliberalism is a political ideology that believes the free, unregulated market also ensures the freedom of the individual. This ideology is grounded in the language of choice, opportunity, personal responsibility, and individual freedom. It requires the retreat of the state when it comes to welfare or social services and, as cultural theorist Stephen Dillon argues in his 2018 book, Fugitive Life: The Queer Politics of the Prison State, the expansion of the state to imprison people who make bad choices or misuse their freedom. According to neoliberalism, the dismantling of the state isn’t to blame for joblessness, poverty, undocumented migration, and incarceration. Rather, to cite Dillon, these are the “result of an isolated, individual choice…. Within the systems of knowledge manufactured by neoliberal economists, the world disappears and only the individual remains.”

So, when Ross critiques phrases such as “my body, my choice” or “mind your own uterus,” she’s highlighting how these mantras rely on neoliberal frameworks of privatization and individualism. In the end, it’s not so ironic that right-wing anti-vaxxers are using the language of choice; after all, it has been key to their worldview all along. According to Rebecca Todd Peters, religious studies professor at Elon University and author of Trust Women: A Progressive Christian Argument for Reproductive Justice, feminist activists who popularized the phrase in the ’60s were building on a tradition of liberalism and human rights that gets completely eclipsed by what she calls the right-wing’s “atomistic individualism.” Peters says that anti-vaxxers who have recently appropriated this phrase have no interest in learning about its history or the context from which it emerged. Because of their white privilege, anti-vaxxers feel entitled to “use whatever in the culture works for them without having to understand or honor any of its history or larger value and meaning, just because they can and want to…. They don’t care about the larger community, or the common good, or the history of how the framework of  ‘my body, my choice’ arose—that is, in the context of a country and a culture where women were dying from lack of access to care.”

While the language of bodily autonomy has been crucial in securing reproductive rights, it’s obvious that “my body, my choice” fails to meet the demands of this moment.

For Peters, the struggle to access abortion care during an era where hundreds died yearly seeking illegal procedures, “is in no way parallel to the actions of people who are rejecting healthcare in ways that harm or potentially harm larger groups of people.” So while “my body, my choice” may be individualistic, it emerged as a movement for care and liberation. But she also agrees that the reproductive justice framework proposed by Black women is an important corrective to “my body, my choice,” recognizing that “we are all interdependent and that we live together in human community, and we have obligations to each other that are associated with that individual value, but are not reducible to it.” While the language of bodily autonomy has been crucial in securing reproductive rights, it’s obvious that “my body, my choice” fails to meet the demands of this moment. Instead, it’s being appropriated by people who reject any kind of responsibility to the other. In the end, “my body” is vulnerable to and caught up in yours, and my choices are shaped by and inseparable from yours. To quote the feminist philosopher Judith Butler, “the body does not belong to itself and never can.” We are social beings from birth, dependent on others, shaped by the will of others—products of the political and economic conditions of our time. Reproductive justice advocates, including Ross, have already pointed to the limits of “my body, my choice.” It’s time for us to listen and reimagine the language we use to advocate for reproductive healthcare. If COVID-19 has taught us anything, it’s that we belong to each other.

Read this Next: Academia Is Even Darker than We Thought 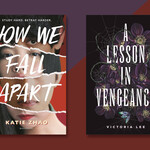 by Alaina Leary
Katie Zhao and Victoria Lee are shaping the canon of dark academia.