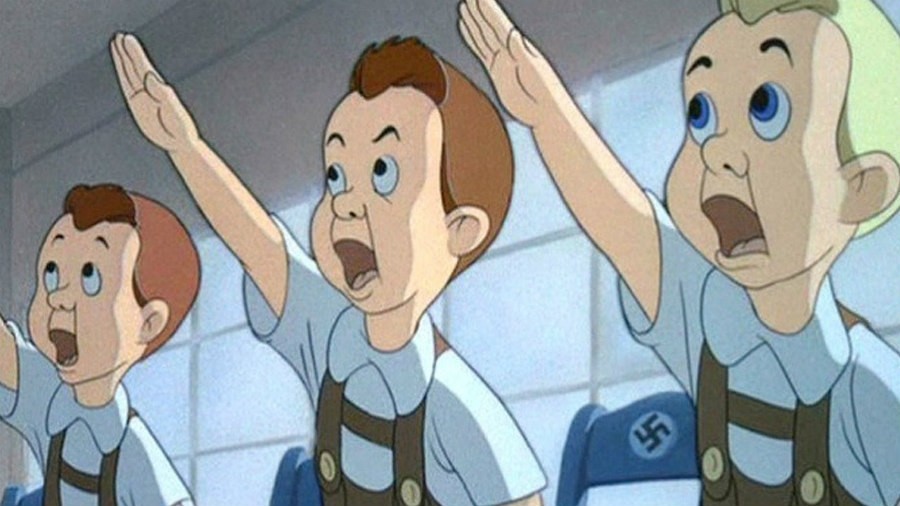 By all accounts, Coco is an unmitigated success. It breezed past the $500 million mark, becoming the highest grossing movie ever in Mexico, and boasting a phenomenal run at the Chinese box office. Coco was granted a rare extension on its Chinese box-office run, something usually reserved for local films, and became the highest-grossing Pixar property in the region by earning a staggering $167 million. The numbers and critics seem to agree that Coco is a darling of a movie that plays on familiar, heartwarming themes of family, honoring one’s ancestors, and celebrating traditions in a way that both highlights a unique and vibrant culture while offering an universal appeal.

While Coco proves that movies don’t have to be white-centric to be commercially viable, it’s a shame that it began with Disney attempting to trademark the “Dia de los Muertos” holiday. In 2013, the company drew ire for filing 10 applications with the US Patent and Trademark Office for “Dia de los Muertos” toys, jewelry and cereals. It was a truly bizarre and brazen idea. Could you imagine a single corporate entity exclusively manufacturing Christmas or Easter merch? That’s what Disney attempted to do with a celebration that doesn’t have as much cultural significance for white people as it does for Latinx people. Fortunately, the applications were withdrawn following backlash on social media, with Disney citing a “name change” as the cause. But the fact remains that a white-owned and white-driven corporation attempted to exclusively monetize Latinx culture.

It’s a troubling thing to consider, especially for a company with such a contentious history with the public domain. Though many of Disney’s own works are based on public properties or cultural and historical stories, its IPs remain tightly in the company’s grip. There’s even a “Mickey Mouse Curve” that maps the relationship between the increase in copyright duration and how close Mickey Mouse has been to becoming public domain. 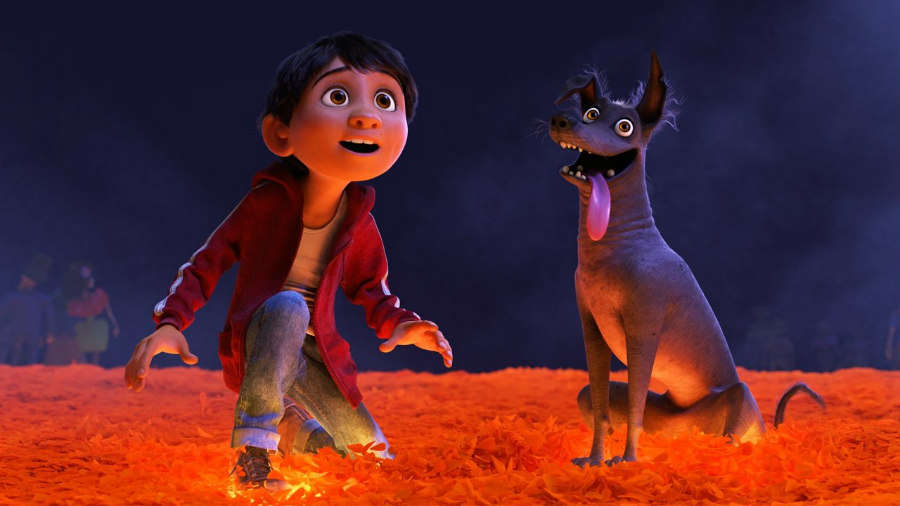 Disney’s lobbying spikes tend to coincide with the approaching dates for the expiration of Mickey’s IP, and they’ve successfully extended copyright terms from 56 years to now over a century. Disney will retain the rights to Mickey Mouse, a property that would have lapsed in 1984, until 2023. Their relentless pursuit of retaining IPs in near perpetuity has warped the public domain to an absurd extent, with publicly available books skewing heavily toward the 1800s, before ballooning copyright terms effectively kept much of 20th century works out of the market. Due to Disney’s lobbying, much of our culture has been kept out of our hands, hoarded by private institutions and held creatively hostage—even as Disney aggressively seeks ownership over well-known stories, myths, and culture.

The Walt Disney conglomerate is actively seeking to constrict the public domain and bottleneck intellectual properties by attempting to privatize and brand as many freely available historical and cultural stories as possible. For non-white cultures, this is tantamount to a kind of “creative colonization,” where Disney captures, exploits for profit, and defines the entire image and impression of whole cultures, while refusing to relinquish these intellectual rights back to the public.

And now Disney has recently acquired Fox Studios, one of its major competitors in the movie industry. Plenty has already been written about this merger, a truly annoying amount of it about the synthesis of formerly fractured Marvel properties. The deal itself is somewhat peculiar since the Murdochs were looking to cash out their entertainment division and focus solely on the news segment of the Fox conglomerate. In that sense, the sale of the studio was inevitable, and Verizon, Comcast and others were all in the running to purchase Fox’s film division. And while not ending up in the hands of telecom giant Comcast is its own small victory, the merger with Disney remains a concerning development in the media landscape. 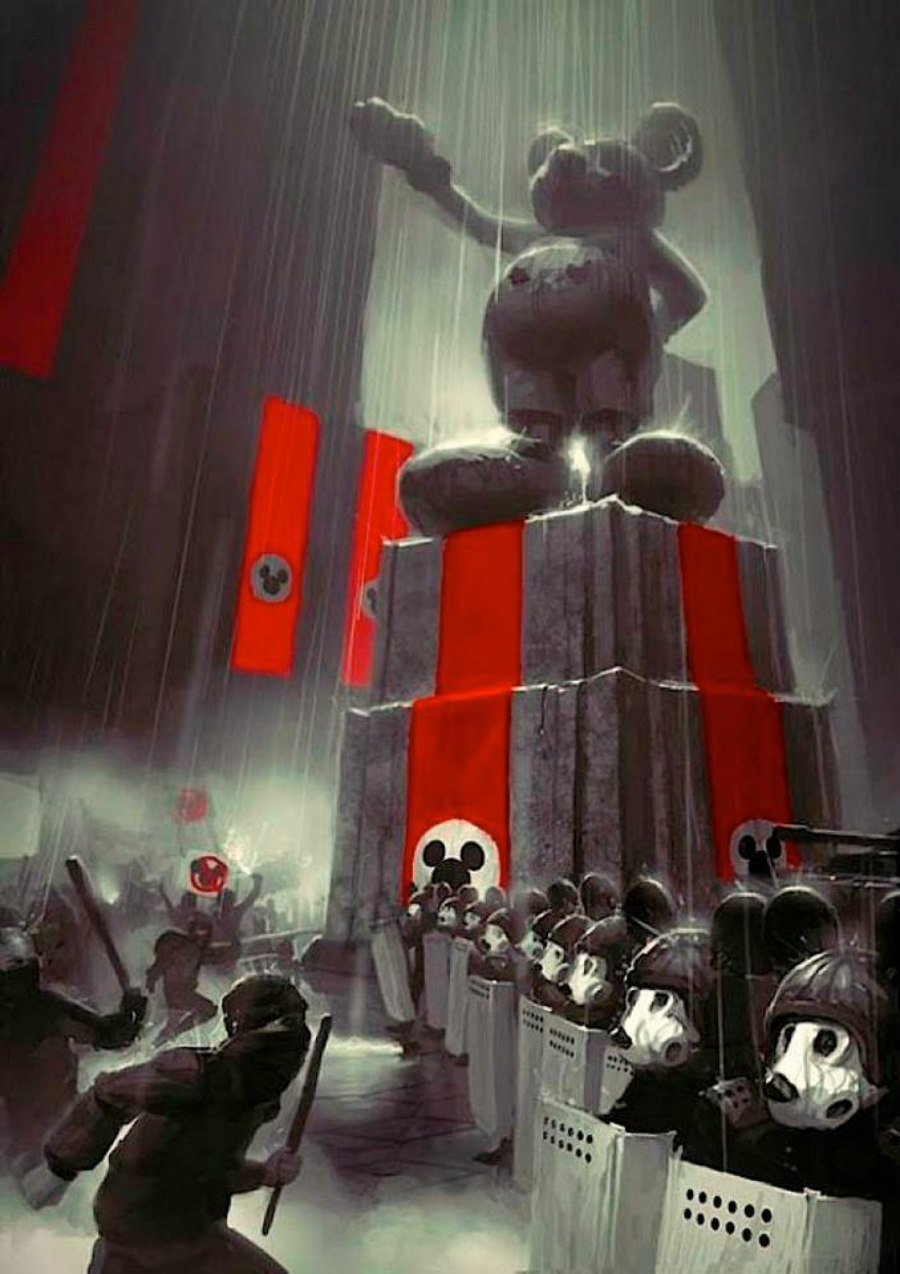 Should the deal go through, Disney will have access to unprecedented market share, IPs, and capital (despite some Democrats registering anti-trust concerns, Disney’s history with Congress indicates that that the deal will be approved). In addition to Fox’s film division, Disney will also get its sports network, National Geographic, control of Star TV in Asia, and a majority stake in Hulu (even as a Disney-exclusive streaming service remains in the works.) Even Forbes, not exactly a bastion of leftist economic policy, concedes that such a consolidation will offer little benefit to consumers.

Disney, however, gets access to the entire Fox library of IPs, a studio that can output content toward an adult market, and can even rebuff the looming threats of Amazon Prime and Netflix by bringing its content to Hulu. The capacity to set prices and stifle competition has never been this high for a single media entity. The Murdochs, meanwhile, get something even sweeter—becoming the largest shareholders in this new gestalt Disney/Fox media monster, with Rupert Murdoch’s son floating his candidacy for Disney CEO after Bob Iger steps down. They would also be able to use their significantly inflated resources to focus on their right-wing conservative propaganda.

Beyond these heavyweights stifling reasonable competition in a “free” market, the deal is unnerving because Disney is already a cultural touchstone. Consider the avenues where Disney chooses to stake its claim—largely in children’s and family entertainment, with cartoons, animated features and live-action fare that rarely crosses the PG-13 threshold. There is a two-pronged economic logic behind such a choice: to reach as many people with as much disposable income as possible (children often go to the movies with their parents) and to monetize properties, specifically toys and other merchandise. IP consolidation under Disney is not worrisome because “adult” properties may be “scaled down” to appeal to younger audiences—it’s more an issue of how Disney’s marketing and PR machine targets children during their most formative years.

Disney is, for a lot of people, a first point of contact with entertainment and art, so it sets the agenda for what’s important, valuable, desirable, good, or bad for a lot of young lives. Studies have shown the detrimental effects of the “princess-industrial complex” on young girls—how Disney teaches girls to value beauty, docility and compliance over agency, leadership, and demonstrating power. The outlook is equally bleak when we consider the idea of Disney as a first point of contact with the non-white cultures it depicts.

Does anyone truly consider Disney’s Pocahontas to be a historically-accurate summation of contact between the violent settlers and native folk? No, but that doesn’t mean that people consciously seek out and become familiar with the actual story of Pocahontas and the brutal treatment of her at the hands of white invaders. Yet, Pocahontas, a whitewashed, simplified tale of a real historical figure that serves to obscure the true nature of the settlers, remains a “beloved children’s classic.” Aladdin and Mulan are tinged with orientalism that depict their protagonists as more Western-minded and thus more “progressive” than their primitive cultures—and these issues of misrepresentation are only compounded by how much of these movies were shaped by largely white creatives.

A media empire the size and scale of Walt Disney is a modern-day, privately-owned propaganda machine that seeks to seize the zeitgeist, define it, and tailor it to serve white (supremacist) sensibilities. Yet, Disney’s hiring practices and general cultural sensitivity are improving: Disney spoke with actual Polynesian cultural advisers for Moana, and gave Taika Waititi the freedom to both helm Thor: Ragnarok and hire several Maori individuals to work on the crew. But these are baby steps meant to capitalize on a cultural push toward more representation without compromising the ability to market Disney properties to white audiences. One need only consider the paucity of LGBTQ individuals in Disney properties, even during a period of creative and cultural renaissance for queer characters and creators, to see how the PR-ready family-friendly bottom line still aligns with an oppressive agenda.

Ultimately, Disney’s net has never been cast so wide, from fairy tales to superheroes to space to now a rich library of adult-oriented movies and franchises. Many of the things we see and consume will be products of one corporate entity whose progressivism could quite literally turn on a dime. So even as we enjoy the fruits of labor by people of color and queerfolk in their relentless struggle to be more visible, we need to be wary of the ways in which so many of our narratives and social consciousness are defined by and for the interests of one corporation. Because with great power comes great risk of corruption and malfeasance.